15 of the very best gluten free apple recipes you'll ever find, just in time for the heart of fall baking season. There's a holiday showstopper and an everyday dessert here for everyone!

This recipe collection is for when you begin thinking about Thanksgiving, and wonder if gluten free apple pie and apple crisp (how about apple pie with crumb topping?) are in your future this year. For when you come home with way more apples than you think you could ever use before they begin to turn themselves into cider.

What to make with lots of apples?

Some of the recipes in this collection are ridiculously easy, like the easy baked apple dumplings and apple custard cake that’s easier (!) than a dump cake. Others take a few steps, like the carefully baked apple cheesecake or the fried gf apple fritters.

But there are no unfamiliar ingredients in the bunch, and every single recipe here is one I’ve made multiple times over the years—and will make again and again in the future. The only trouble is finding a true favorite. But when it’s apple season, there’s enough fruit for all 15!

Gluten Free Dutch Apple Pie
Gluten free Dutch apple pie, made with a simple pie crust on the bottom, filled with over 2 pounds of thinly-sliced, tart apples and topped with a warm crumble topping. Think of it like a cross between an apple pie—and a coffee cake, or at least the best part of one.
Check out this recipe 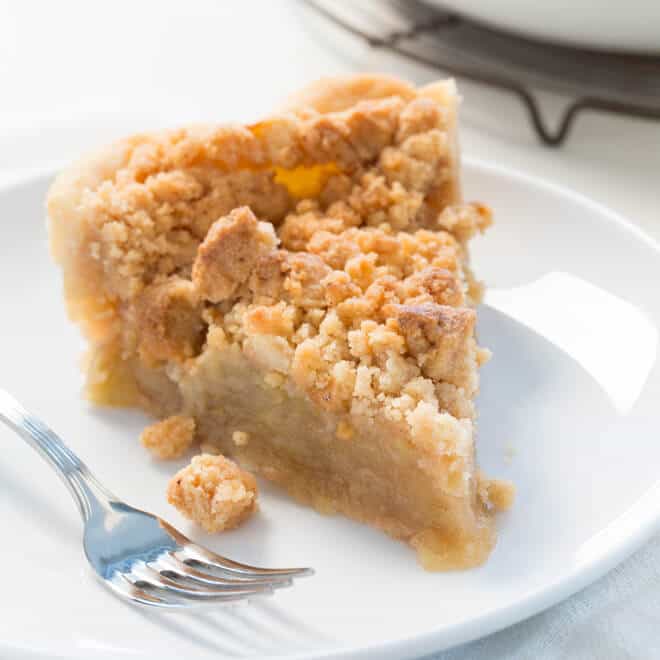 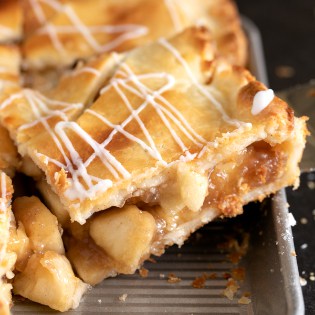 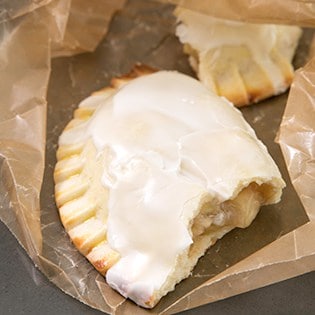 Classic Gluten Free Apple Pie | Baked in a Bag
Baking your gluten free apple pie in a bag ensures perfect fork-tender apples and a light and flaky, perfectly browned crust every time. Try this old-fashioned technique during pie season—or any time. I promise you won’t burn the house down. Just don’t pop it in and leave the house.
Check out this recipe 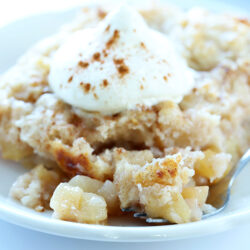 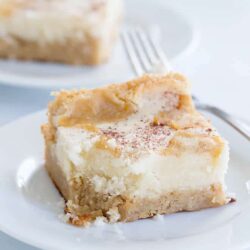 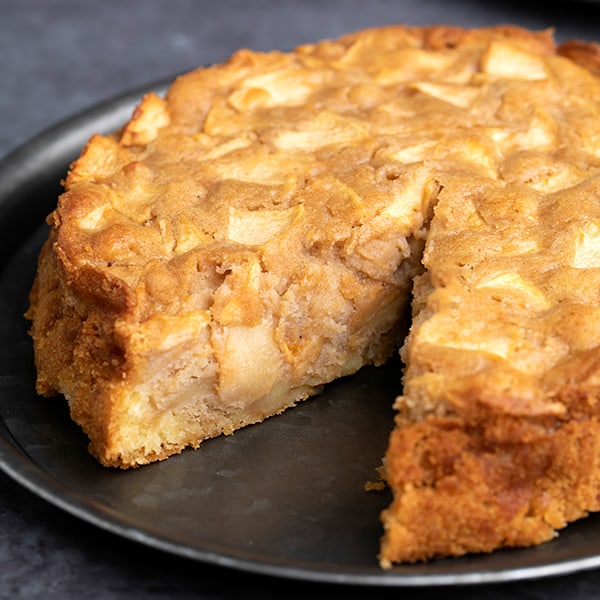 Apple cinnamon gluten free cheesecake
This apple cinnamon gluten free cheesecake is the creamy, dreamy packed-with-flavor dessert that they’ll be going on and on about, begging you for the recipe and for you to make it next year. Seriously the whole thing tastes like apples. I’m not even exaggerating. I would never exaggerate.
Check out this recipe 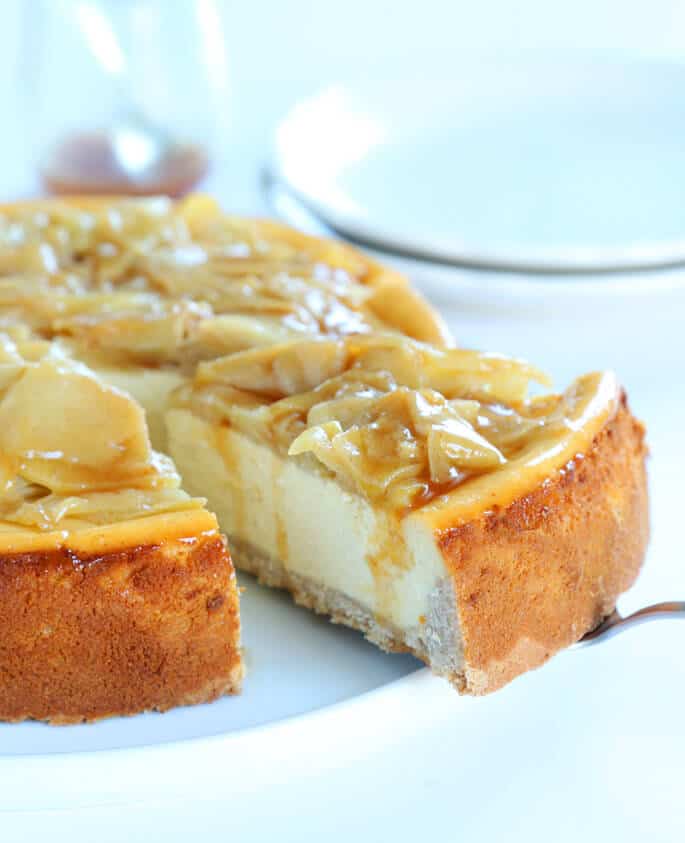 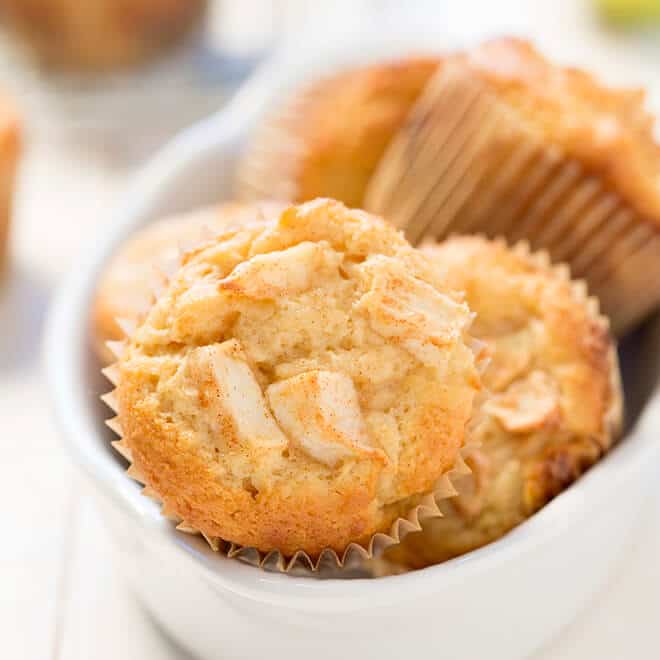 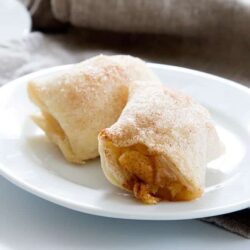 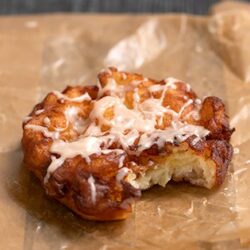 Apple varieties: a guide to eating and cooking with apples

There are grocery store apple varieties that are mass produced and shipped all over the United States. Those are the names most people recognize, like Macintosh, Granny Smith, Golden Delicious, Cortland, and Red Delicious. There are also newer-to-me widespread varieties like Gala, Honey Crisp, Empire, Jonagold, and Pink Lady.

There are always going to be hybrid apple varieties that are sold at farmer's markets local to the area in which they're grown., typically within a 200-mile radius of the market. When those varieties become available in larger areas, it's usually because a grower decided to invest in wider distribution, a big business risk.

The best apples for baking pie

For baking, you want an apple that will hold its shape when it's cooked or baked. Other than Red Delicious, a mealy apple that was created because it travels well and looks good but tastes terrible, most apples you'll find will hold their shape when heated—some more so than others.

Granny Smith are the apples that are typically recommended for baking, since they're quite tart, hold up very well in baking, and are widely available for purchase. Use them for nearly anything—as long as you're peeling them since the skin is quite thick and takes a very long time to break down.

For depth of flavor and texture in your baked goods, it's great to use a mix of different apple varieties. A surprising variety that is better for baking, at least if you're using a mixture, is Golden Delicious. I find that when they're rounder in shape, and don't have the pointy feet on the ends, they tend to break down a bit faster.

My favorite apples to eat are Empire, Macintosh, and Cortland. I love them for eating, for baking, and for cooking down into applesauce. The skin is just thick enough that a fresh apple will kind of pop when you bite into it, but not so thick that you feel like you're fighting to get access to the flesh.

Lots of apples? Here's how to store them

First, check your apples for bruises and blemishes, and separate them out from the unblemished ones. Pay particular attention to any that have broken skins, as they will hasten the spoiling of surrounding apples.

If your kitchen is at a consistent comfortable cool temperature with low humidity, you should be able to store your apples on the counter for about a week. Apples with a thinner skin, like Golden Delicious, will spoil faster.

For longer storage, place your apples in the crisper drawer in your refrigerator in a plastic bag with holes or covered loosely with a damp paper towel. Store away from other fruit, as apples will speed up the ripening of surrounding fruit.

How to peel and core apples for gluten free apple recipes

I prefer to peel apples first with a sharp vegetable peeler. Peel into a sink, and then place the peel into compost if possible.

Remove the core in one of two ways: with a metal apple corer that you push through the center of a whole apple to remove the core, or by slicing the apple into quarters. Then, with each quarter laying on one cut side on a cutting board, use a sharp chef's knife on a 45° angle to the board to cut the core-containing portion of the apple.

Give your recipes the time they need

All apples are more fibrous than most other fruit, so they need time to break down in the oven or on the stovetop. Don't rush the cooking and baking of recipes, and take the time to pre-cook your apple chunks when the recipe directs it, like our gluten free apple slab pie. That way, you don't have to overbake the crust while you're waiting for the apples to become tender.

Yes! Apples, like all fresh fruits and vegetables, are completely gluten free. Of course, any fresh gluten free ingredients can become contaminated with gluten, but they start out safe for a gluten free diet.

Can you cut up apples for baking ahead of time?

It's best not to cut into your apples until you're ready to use them in a recipe. As soon as you cut into your apples and expose the flesh to the air, they will begin to brown. The browning itself doesn't change the taste, but as it progresses the apple pieces will become slippery, and it will affect the texture and ultimately the taste.

How do you keep apples from turning brown?

Apples with unbroken skin, with their stem intact, won't turn brown. Once you expose the flesh to the air, they will begin to brown. You can slow down the browning process by coating the cut portions with lemon juice which lowers the pH of the apples and deactivates the chemical responsible for browning.

Can you freeze apples?

Yes! You can freeze raw apples for longer storage, but their texture won't be exactly the same when they defrost.

Do you have to peel apples before cooking with them?

Most recipes will instruct you to peel and remove the core from your apples before baking with them. The apple skins are much tougher than the apple flesh itself, and they take a much longer time to become tender.

Can you use old apples for gluten free baking?

Yes! Even if your apples have bruises, remove the bruised flesh, and then proceed as normal. Apples that are unbruised but have become softer make great applesauce, but I wouldn't use them in an apple dump cake or something else that calls for apple chunks that you want to hold their shape.

What are the worst apples for gluten free apple pie?

No question at all: Red Delicious apples are bad for everything: eating, cooking, baking. Avoid them unless you're super hungry and that's all you're being offered, of course.

What are easy things to make with apples?

The easiest thing to make with apples is applesauce, since all you do is peel, core, slice, and cook on the stovetop with some sugar, cinnamon, and just enough water to keep the bottom from burning. Next is gf apple crumble, since there's no pastry crust to make at all.

What are some gluten free apple desserts for Thanksgiving?

For Thanksgiving, I always make our gf Dutch apple pie, since it has the best of all worlds: crumble topping, pastry crust, tender apples.

These aren't the most exciting gf apple recipes, but they're delicious, packed with flavor, really useful—and (almost completely) naturally gluten free. These are the recipes you make as soon as the season begins, the first time you have an abundance of apples.

Save money by making your own homemade apple butter by peeling and grating as many apples as you have, then cooking them down with just the right spices and a touch of maple syrup. Puree, and enjoy!

Apple pie filling is a wonderful thing to have on hand for a last-minute apple crisp, or even for using in an actual apple pie. Since the apples have already been blanched, they cook to the proper consistency much more quickly so you can bake your pie crust to perfection without worrying about overbaking it.

Puree the apple pie filling, and you’ve got pretty got apple butter that you can use in place of the recipe above. Warm the filling and pour it over a scoop of vanilla ice cream. Need I say more?

This site uses Akismet to reduce spam. Learn how your comment data is processed.