This white flourless chocolate cake is the perfect blond version of the most decadent, easiest dessert you can imagine. And it's even naturally gluten free! 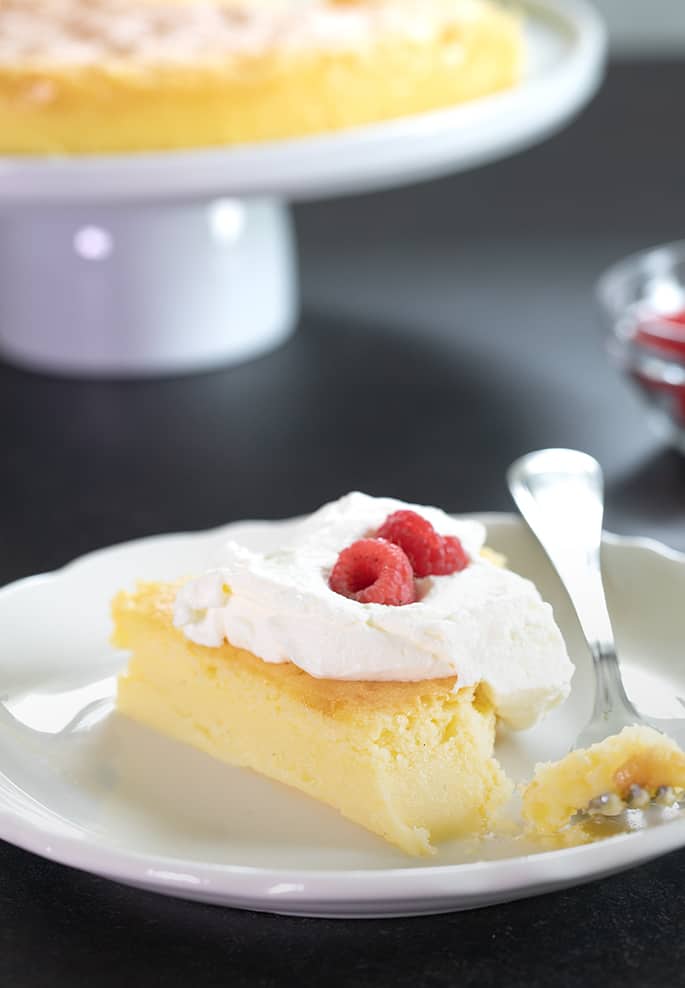 I find that white chocolate can be sort of a divider, rather than a uniter. The creamy texture is mostly universal, but the flavor tends to be love-it-or-hate-it. Maybe it's the richness or the fact that many commercial white chocolates tend to be rather waxy and overly sweet? 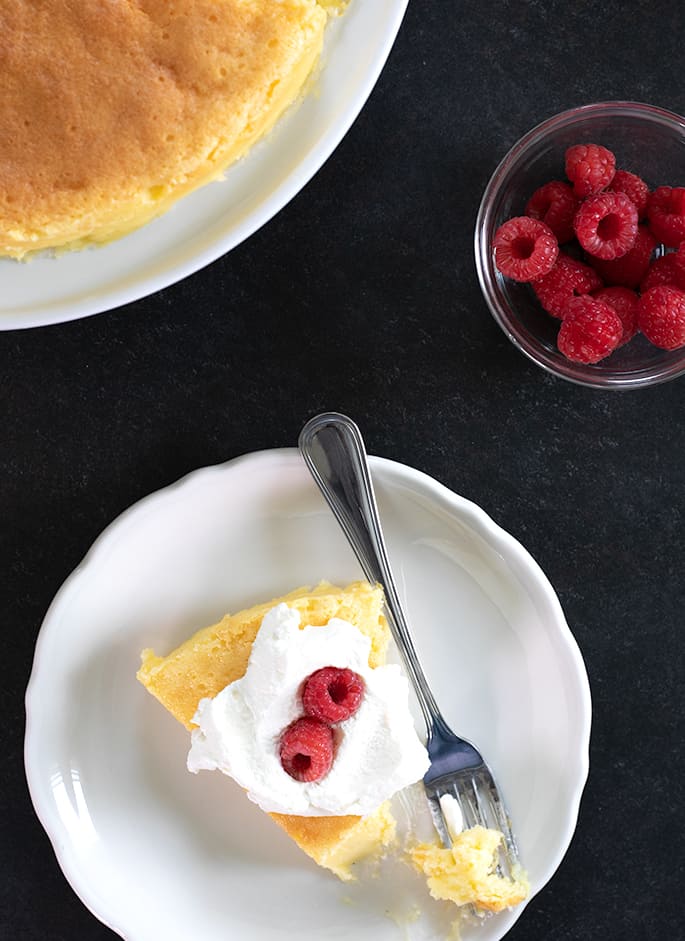 How to prepare a flourless chocolate cake

Flourless chocolate cake is traditionally made by melting chocolate and butter, mixing them with granulated sugar and egg yolks and, then folding in whipped egg whites. Sometimes, for a bit more chocolate flavor, the egg whites are beaten with unsweetened cocoa powder.

Baking a white chocolate cake using the same sort of ingredients as a dark chocolate flourless cake, I couldn't get the cake to bake properly without burning on the bottom. It didn't matter whether I separated the eggs and whipped the egg whites or not. Everything turned around when I added cream cheese to the mix, though. 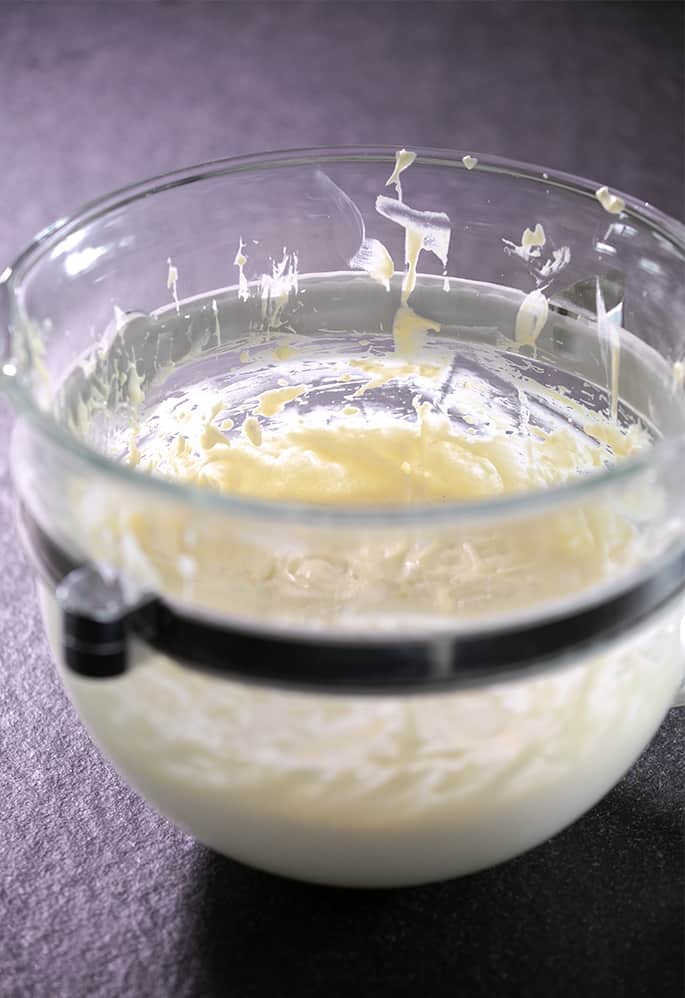 Since there's no flour to stabilize a flourless cake as it bakes, often flourless baking recipes contain a nut butter or something like black beans or cooked quinoa. A traditional flourless chocolate cake has little more than chocolate, butter, sugar, and eggs. Ditto with fudgy flourless brownies.

In making a white chocolate cake recipe, I found it even more difficult to make a batter that was fluffy enough to bake into a cake, not a pudding. Adding cream cheese to the batter made all the difference.

This cake is not a cheesecake. I had originally planned to make a dark chocolate flourless cake and just swirl in some cheesecake batter. I do think that would taste amazing. But I was dying to see whether or not I could make a white version of a flourless chocolate cake.

Since there's also a tremendous amount of variation from one white chocolate brand to another, I do have to recommend using the best quality white chocolate you can. In this recipe, I used Ghirardelli's white chocolate baking bar, which I find to be of consistently good quality.

(If you're gluten free, though, please be sure to check the packaging. I understand that there have been times in the past when Ghirardelli's white chocolate baking bar has stated that it may contain wheat.) 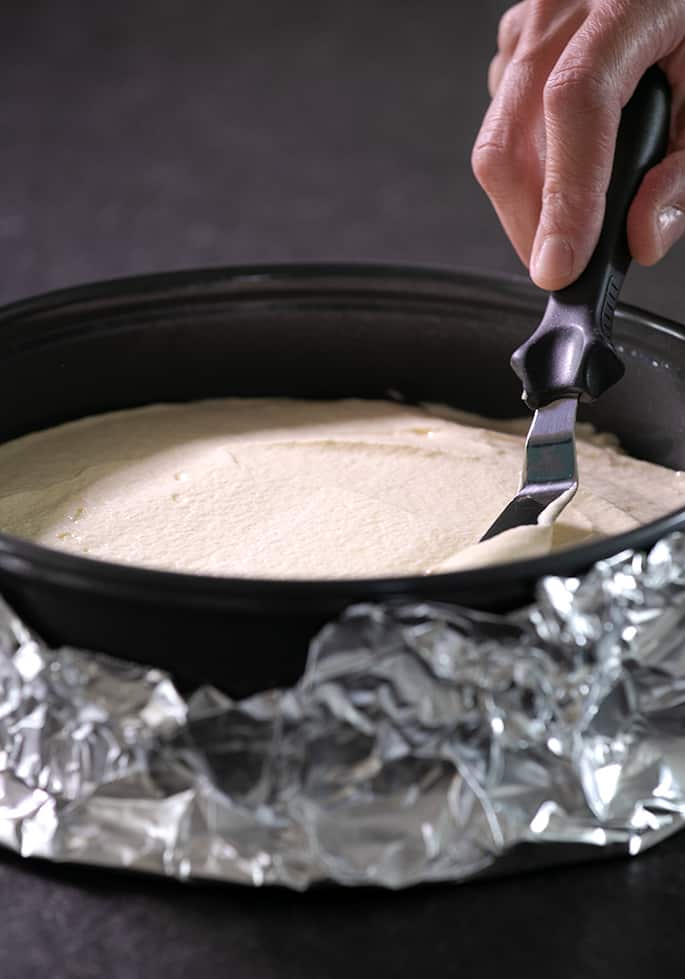 Do you need to use a water bath?

A water bath, or “bain marie” is simply a method for baking a cake in a larger pan with hot water that rises about halfway up the sides of the pan with the cake batter in it. It provides moist heat that otherwise isn't possible in a traditional oven. It also maintains a more even, consistent temperature to the cake during baking.

I don't really care for baking anything at all in a springform pan. Add in the trouble of a water bath, and I'm even more annoyed. Happily, although this recipe requires the springform pan, the water bath is entirely optional. 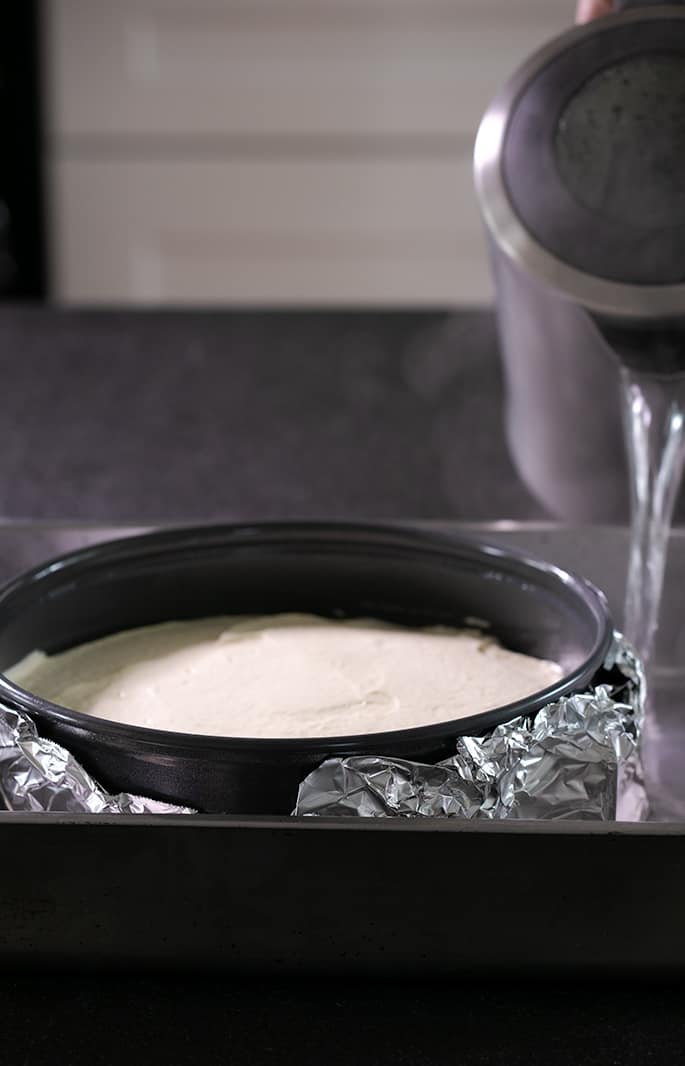 When I baked this cake with a water bath, I found that the cake rose and baked more evenly (no higher, browner “crust” around the edges). The texture was creamier, too.

When I baked the cake without a water bath, I did place a shallow pan of simmering water on the bottom rack of the hot oven during baking. That helps the cake bake more evenly and in a nice, moist environment. But it doesn't slow the baking like submerging the pan in an actual water bath does. I found that the cake didn't rise as evenly, but the texture was more cake-like. 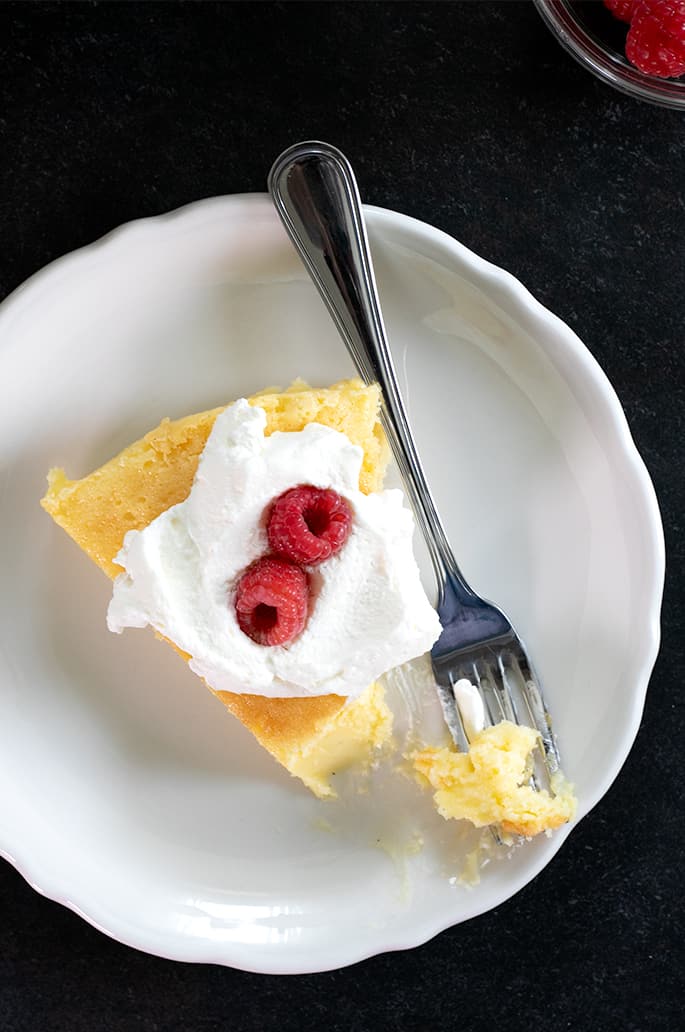 If you have other dietary restrictions beyond being gluten free, I'm afraid I don't have very good news for you about this recipe. But here's all the explanation I've got:

Dairy-free: You simply can't successfully make this recipe dairy-free, at least not by making the usual substitutions. I have tried and tried (and tried!), and there just isn't any proper dairy-free substitute for cream cheese. Some of them are able to nail the texture, but none of them has the proper taste.

The closest sub is probably Tofutti, but even that just doesn't cut it for me. Personally, I'd rather have something else entirely than a near-miss. The butter should be able to be replaced with Melt, my favorite vegan butter replacement, but eliminate the salt in the ingredient list as it's already plenty salty.

Egg-free: There are 4 whole eggs in this recipe, and they do some serious heavy lifting. For that reason, I know of absolutely no egg substitutes that would work. 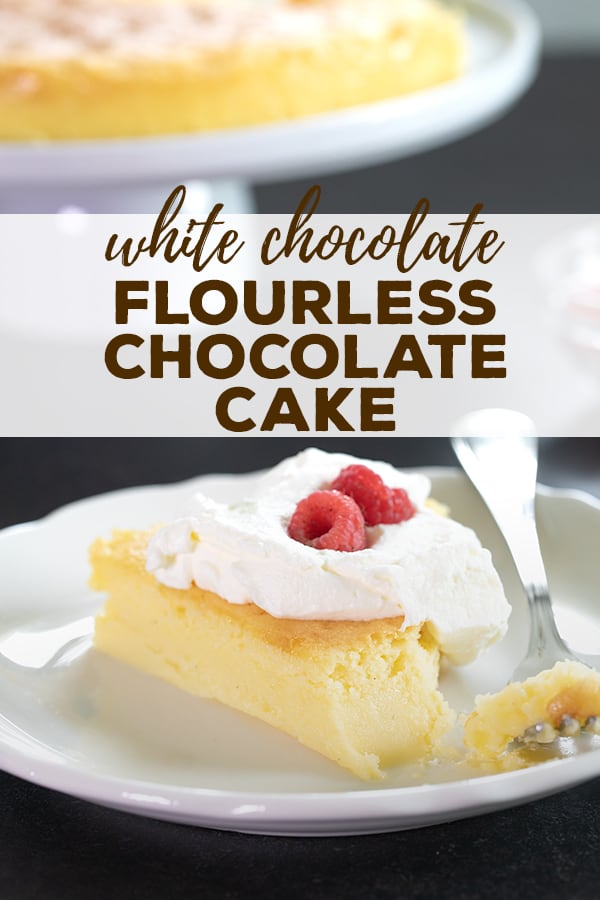 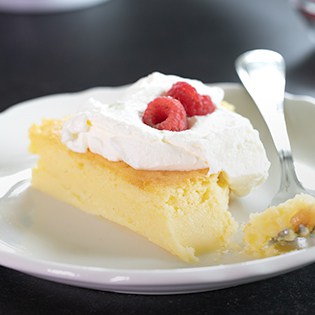 4 eggs (200 g, weighed out of shell) at room temperature, beaten