To make the very best gluten free stuffing of your life this holiday season, you only need a few important elements: toasted bread cubes, onions, celery, eggs, herbs and chicken stock. From there, make it your own! 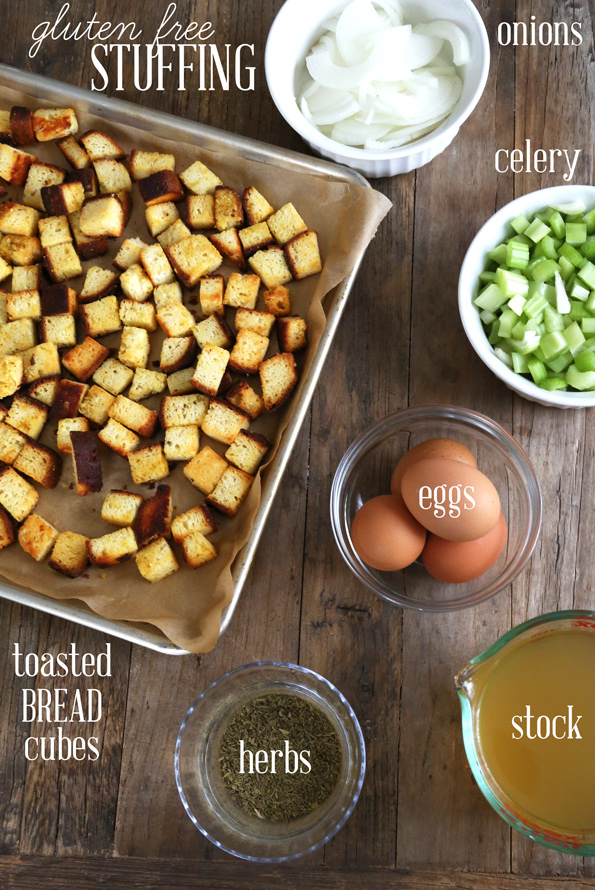 It’s time. Time to talk turkey. And by “turkey,” I mean gluten free stuffing. (Really dressing, since I’m not cooking the stuffing inside the turkey.) Because I’ve tried every which way to make turkey (except for deep-frying it which I so want to try but don’t have an enormous deep-fryer, and except for baking it in a bag like one reader suggested), and if you want my opinion, no matter what it just tastes … like turkey.

I think this year I’m just going to spatchcock the poor bird, rub it with an herb butter and let it do its thing. But Thanksgiving stuffing? Stuffing I could talk about for days and days… This is your most classic of Thanksgiving stuffings, but it should come as no surprise that for me it’s all about the gluten free bread. 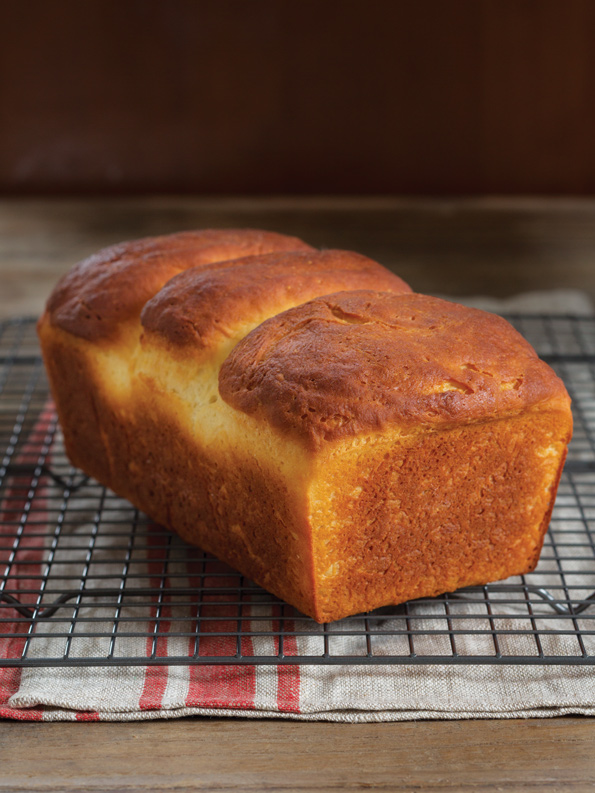 To make stuffing (dressing?), I’ve used every type of bread, from the squishiest to the most crusty. I’ve made it with lean breads and enriched breads. Cornbread, too.

I have finally decided that my favorite gluten free bread for stuffing is the Japanese Milk Bread from page 59 of GFOAS Bakes Bread (try the blog recipe, too—I bet it works fine). It’s slightly enriched (an egg, some butter, milk instead of water) so it’s nice and airy inside, and also has a thick, bakery-style crust, but it’s not as rich as, say, brioche. 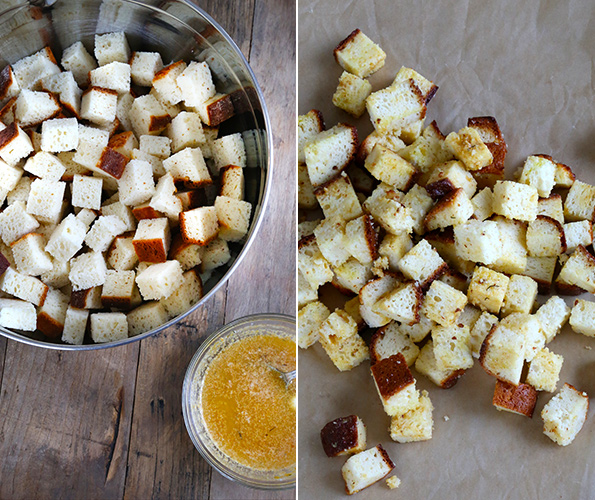 And it holds up beautifully to being cubed, tossed with flavored butter and toasted. These days, I don’t bother leaving bread cubes out to go stale. I get much MUCH better results by cubing a fresh loaf of bread, then tossing it with melted butter mixed with our powdered gluten free vegetable bouillon, and toasting it at 350°F for about 20 minutes.

I find that it flavors the bread just enough, and prepares it to absorb the eggs and stock without becoming soggy. Oh you just have to try it. I honestly could just eat the cubed bread right out of the oven as a delicious appetizer. With cheese fondue. Oooooooohhhhh…. 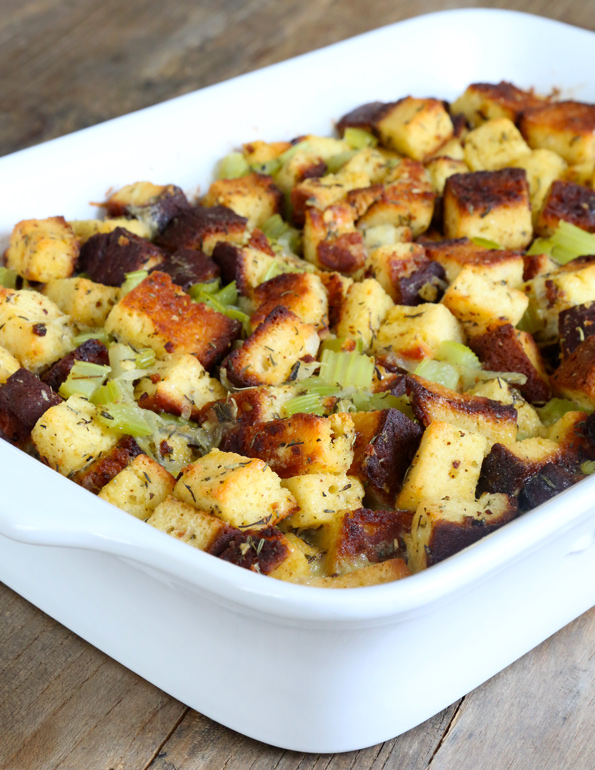 Aside from a few basic guidelines and ratios, though, what makes for the very best gluten free stuffing for Thanksgiving (or any day) is just such a matter of personal taste. So this is your basic, truly classic recipe, but at the end of the instructions are a few suggested variations.

If your family has a favorite way to flavor your stuffing this time of year, tell us all about it in the comments. I bet it’s delicious! Promise me you’ll at least consider trying my bread and my suggested method of toasting it, though, okay?

1 recipe Gluten Free Japanese Milk Bread (I used the recipe from page 59 of Gluten Free on a Shoestring Bakes Bread, but the blog recipe would work, too), cut into 3/4-inch cubes

4 eggs (240 g, weighed out of shells) at room temperature, beaten