This recipe for gluten free coconut shrimp is crispy and crunchy and made the easy way with a no-mess batter. 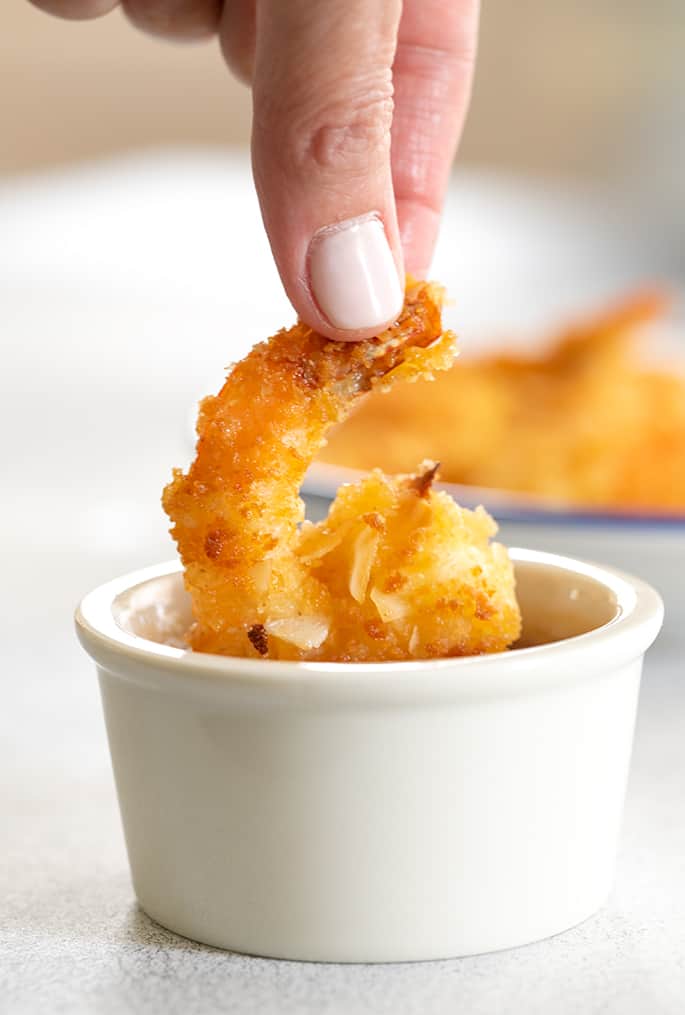 I didn't grow up eating shrimp at home, ever, so the idea of how to select shrimp to buy for preparing at home was mystifying to me for far too long. If you already know all about buying and cooking shrimp, feel free to keep scrolling!

Frozen shrimp tend to be less expensive than fresh—and unless you're buying them off the boat, frozen ones are just as fresh as you'll find at the fish counter. Plus, they're very easy to defrost quickly by placing them in a colander and running cool water over them for about 5 minutes.

If you're comfortable removing the “vein” (it's not an actual vein and let's leave it at that), you don't have to buy them deveined. So-called easy peel shrimp are always deveined. If they're not shelled, the shell comes off easily, in one large piece.

If you buy shrimp from the fish monger, it should go without saying (but I'm saying it anyway) that it should not smell fishy. That means it's old.

One more thing: don't buy them already cooked unless you're planning to serve them cold. It's impossible to even heat shrimp that you buy cooked without overcooking them and making them rubbery. 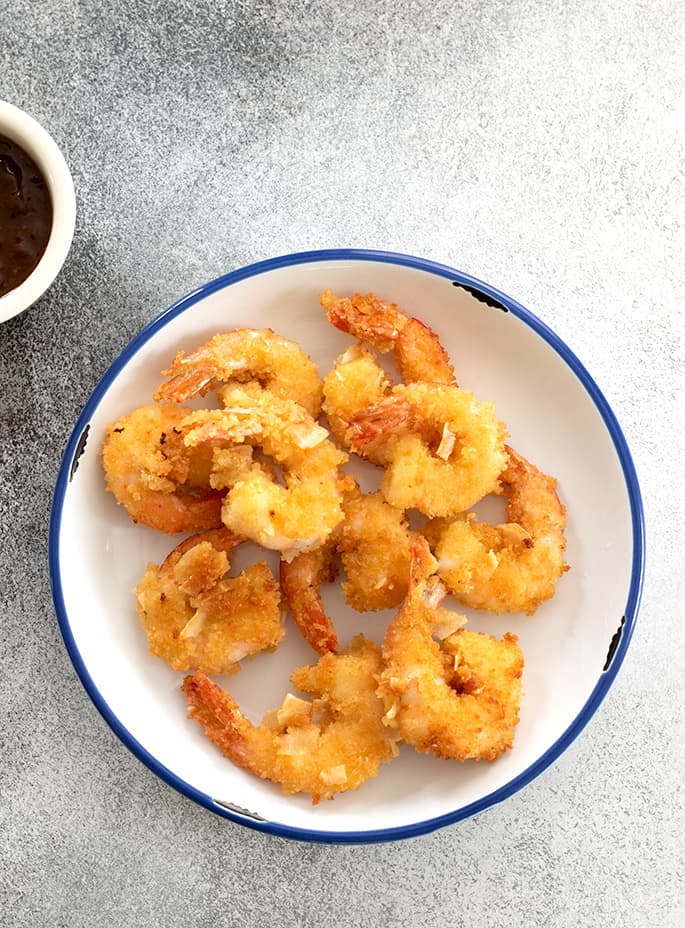 Can you bake the shrimp instead of frying?

Actually, yes! I use this mess-free batter method from our recipes for pan fried gluten free chicken cutlets and baked gluten free sesame chicken with nearly all proteins. It works for pan-frying as well as oven baking.

Shrimp cook more quickly than chicken, so you don't want to overcook them. For the absolute crispiest shrimp, place the battered and breaded shrimp on a wire rack positioned above a rimmed baking sheet lined with parchment paper. 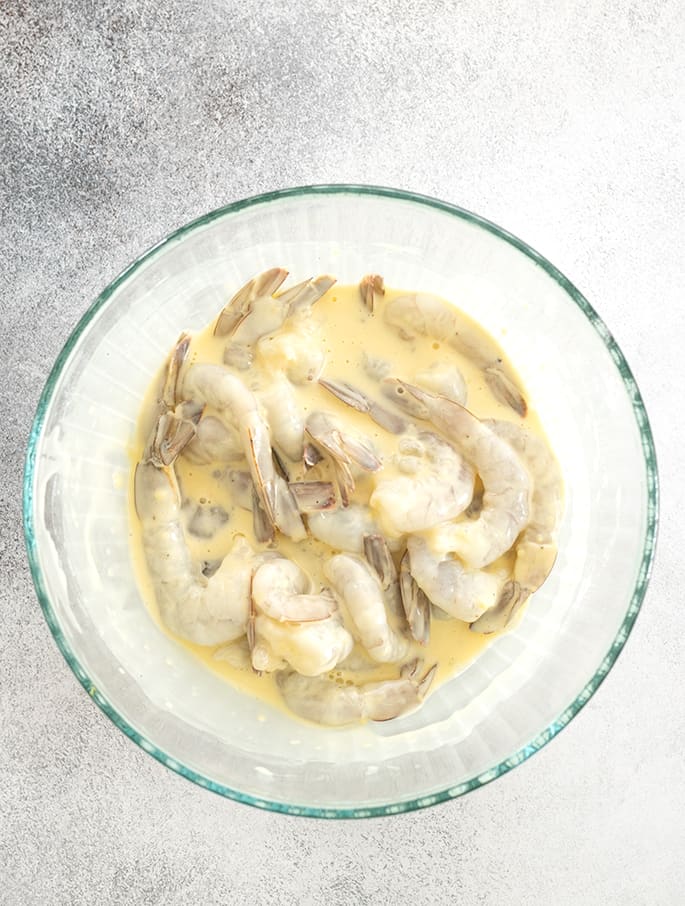 What goes with coconut shrimp?

I like to serve these crisp, slightly sweet shrimp over thin Asian rice noodles. Add some blanched sugar snap peas or broccoli crowns for a simple meal. Of course, you can always serve them over cooked white (or brown) rice.

For dipping, I've included a quick and easy recipe for a sweet and savory apricot sauce. You can add a few crushed red pepper flakes for some kick, too.

Of course, coconut shrimp are really most commonly served as appetizers. But I believe in the power of small bites (I even wrote a book called Gluten Free Small Bites!) served alone for a quick meal with a few fresh lemon wedges. 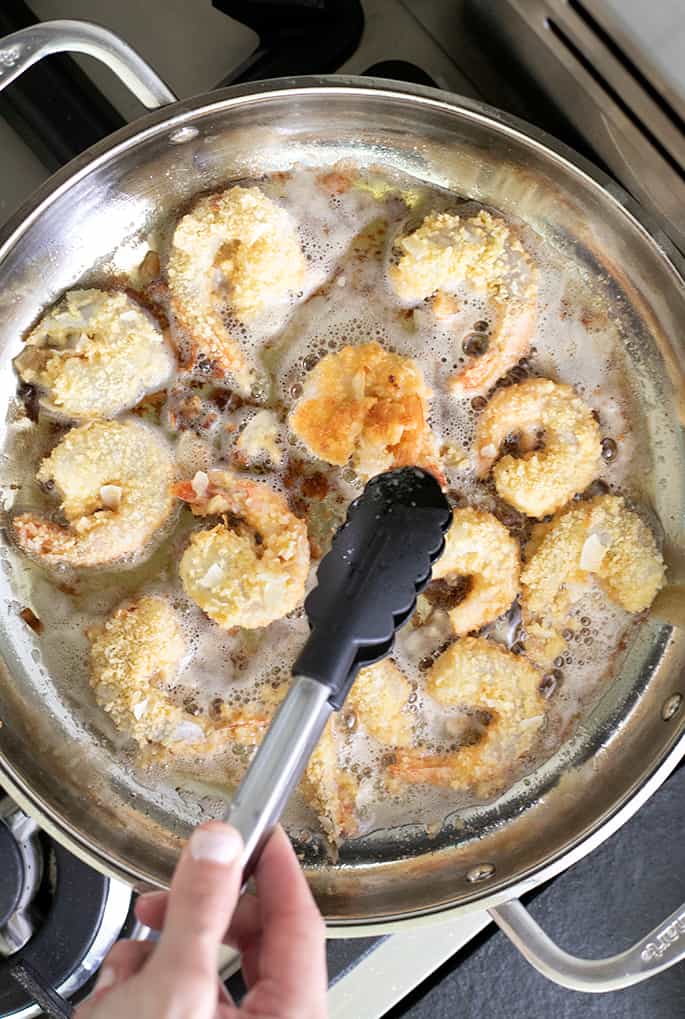 The egg in the batter is really important in creating a thick savory crust on the coconut shrimp. If you can't have eggs, you can try using a vegan mayonnaise in place of both the egg and the oil.

The batter that the shrimp soak in calls for extra virgin olive oil, which is a flavorful oil with a relatively low smoke point. I recommend using it in the batter, but not as a frying oil as it will burn too quickly and easily.

For shallow pan frying and for deep frying alike, I like to us a mixture of half canola or grapeseed oil and half nonhydrogenated vegetable shortening. That mixture holds heat steadily, and doesn't smoke at a reasonable frying temperature.

This recipe for gluten free coconut shrimp can easily be made without, well, coconut. Just increase the amount of panko-style gluten free bread crumbs.

If you'd like more coconut flavor, use virgin coconut oil for frying that isn't triple-filtered. It will have a mild coconut flavor. You can also use coconut milk in batter recipe. 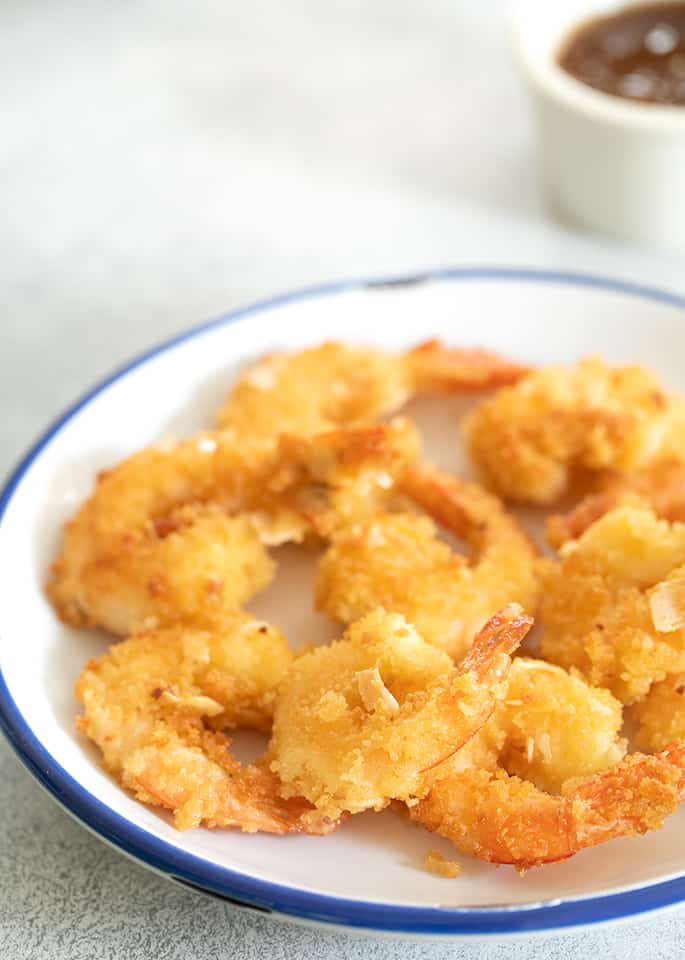 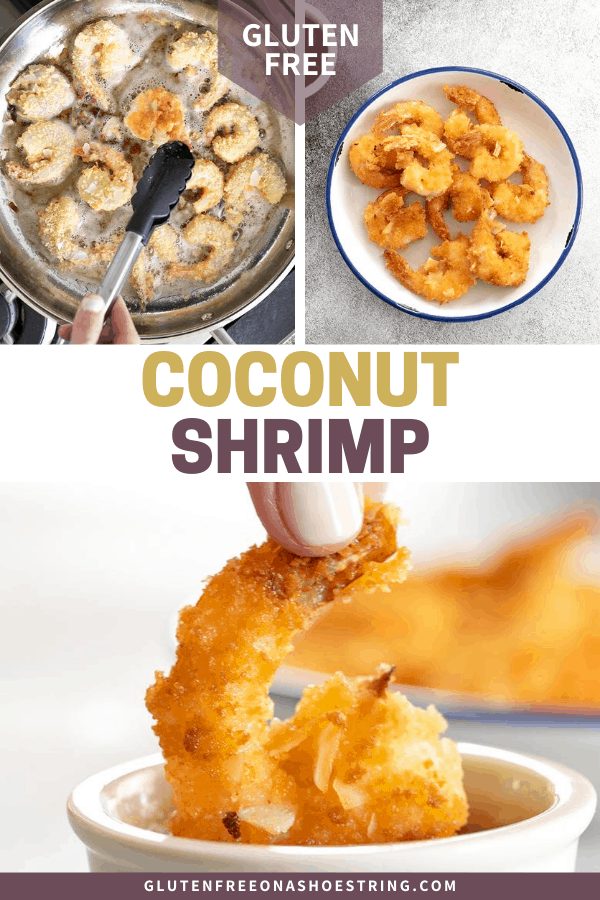 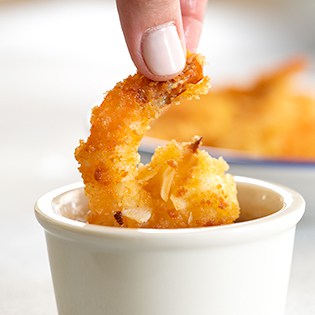 2 to 3 tablespoons milk (any kind, including nondairy)

Neutral oil, for frying (I used a combination of equal parts canola or grapseed oil and nonhydrogenated vegetable shortening)

For the dipping sauce
1/2 cup apricot jam or preserves