Gluten free apple crisp is nothing more than sliced apples are tossed with cinnamon-sugar, topped with a simple one-bowl cinnamon-sweet mixture, and baked. No crust, no fuss!

To ensure that the apples cook and steam until they’re perfectly tender, the pan is covered for the first 25 minutes in the oven. Then, the cover comes off and the top is cooked until crisp-tender and gorgeously browned.

Whenever I have an overabundance of apples (which, if I’m lucky, happens every fall), I am sure to make two things: homemade chunky apple sauce, and this apple crisp. Making the crisp is nearly as easy as making homemade apple sauce, and the active time is even less.

Peel, core, and slice the apples, then toss them with cinnamon and sugar. Mix up the topping ), smooth it on top with wet hands, and bake it. That’s it.

I usually use my handheld mandoline to get nice, even slices and make quick work of the whole business. Of course, you don’t need a mandoline, or any special equipment at all. Just an apple, and a knife. 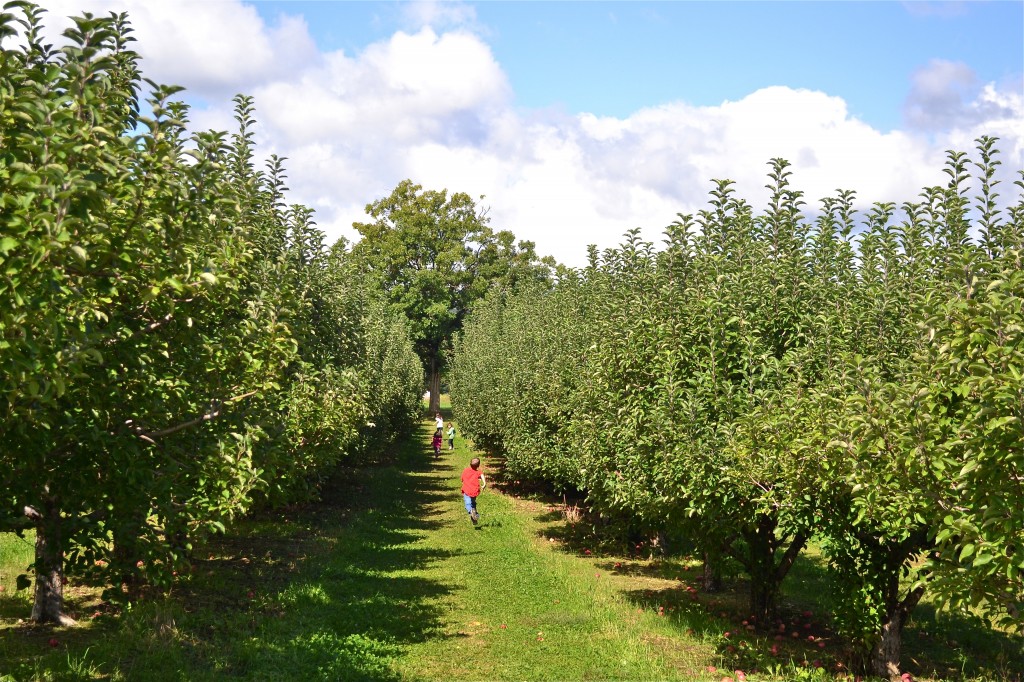 When I first published this post in 2011, my three children were 9, 7 and 6 years old. We’ve been to this very same apple orchard every year since. Each year, they run down through the orchard just like they did in this photo from 2011. Luckily, they still love going apple picking with us, as a family. Even if they’re just in it for the crisps, pies and muffins that I always bake for weeks afterward, I’ll take it.

It’s lovely to make complicated desserts, from time to time. But most of the time, all you really need is a few pounds of baking apples, some cinnamon, sugar, flour, butter and an egg. And they’ll come running. Trust me.