This yeast free gluten free bread recipe is perfect for sandwiches and needs no rising time or advanced preparation at all. If you're in a hurry, or just can't have yeast, this bread is for you! 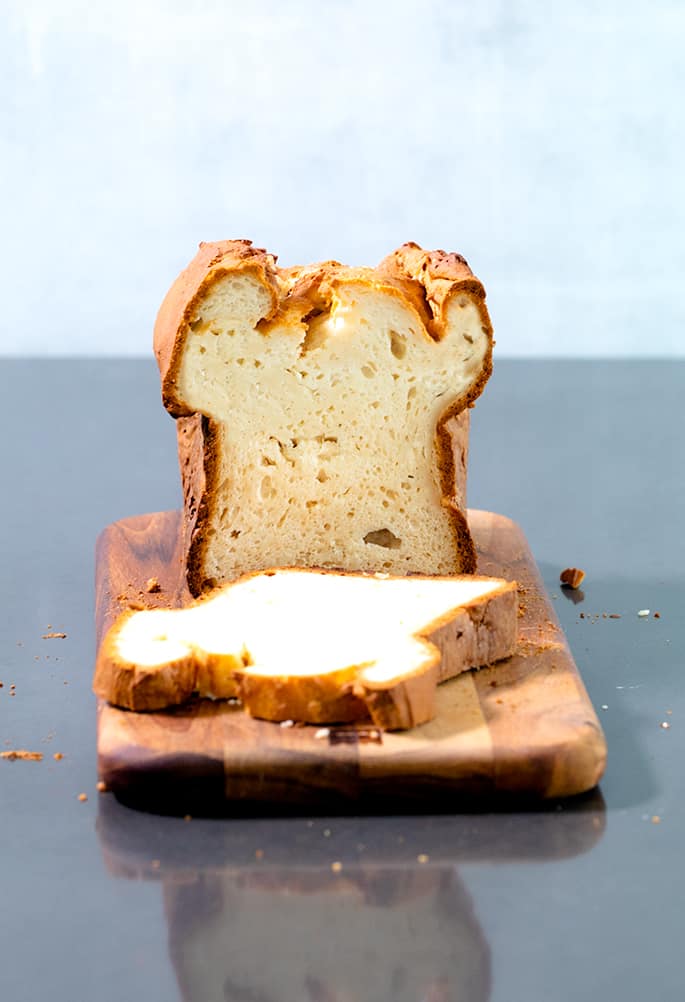 You probably know that I've written 5 gluten free cookbooks, but you may not know that I didn't choose the subject of my second cookbook. At the time, I was so thrilled that my publisher wanted me to write a second cookbook, and thought nothing of the fact that they were dictating the subject.

I remember being kind of freaked out that there were other gluten free cookbooks already on the market that were called “quick and easy.” My editor was like, um, Nicole, it's basically a category of cookbooks. Relax.

I had a subject matter, then, but no hook. I flat out refused to make every single recipe in the book ready in 30 minutes or less (I'm not Rachael Ray!). Too arbitrary.

So I decided to add as many baking recipes as I could that were yeast-free. No yeast means no rising time, which means quick and easy! 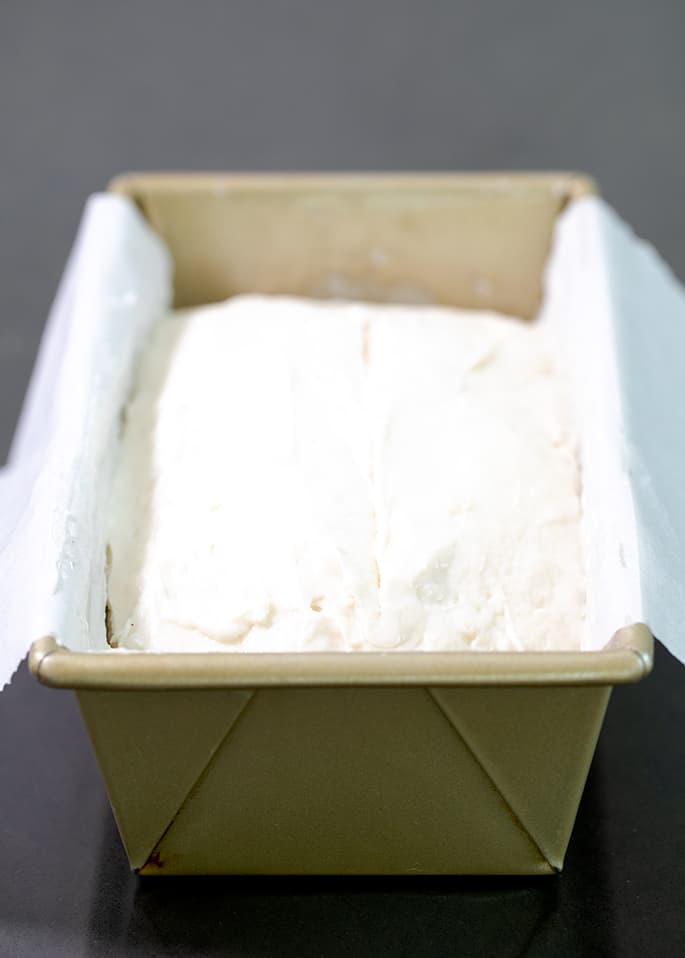 How to make sandwich bread without yeast

I had already developed this very yeast free gluten free bread recipe for the blog after being asked a few times over the years whether there was any way to substitute yeast in my yeast bread recipes. At first I figured, um, no way. It's yeast bread. ?

And generally, there is no substitute for yeast. Chemical leaveners such as baking soda and baking powder (which is really just baking soda + cream of tartar + starch) aren't yeast substitutes.

Not really. They're completely different ways of baking, they react more quickly, and produce a much different result in baking.

Usually, baking soda is used in quick breads like banana bread, and tend to be sweet, not savory. But that doesn't mean that I couldn't develop an entirely different recipe for yeast free bread that could be used for sandwiches.

I tried to give the bread as much chance of success as possible, so little by little, failure after failure, I added more support. It turned out that egg whites were really the key to adding structure and support.

Even though egg whites are mostly liquid, they actually tend to dry out baked goods so the recipe would need plenty of moisture for balance. 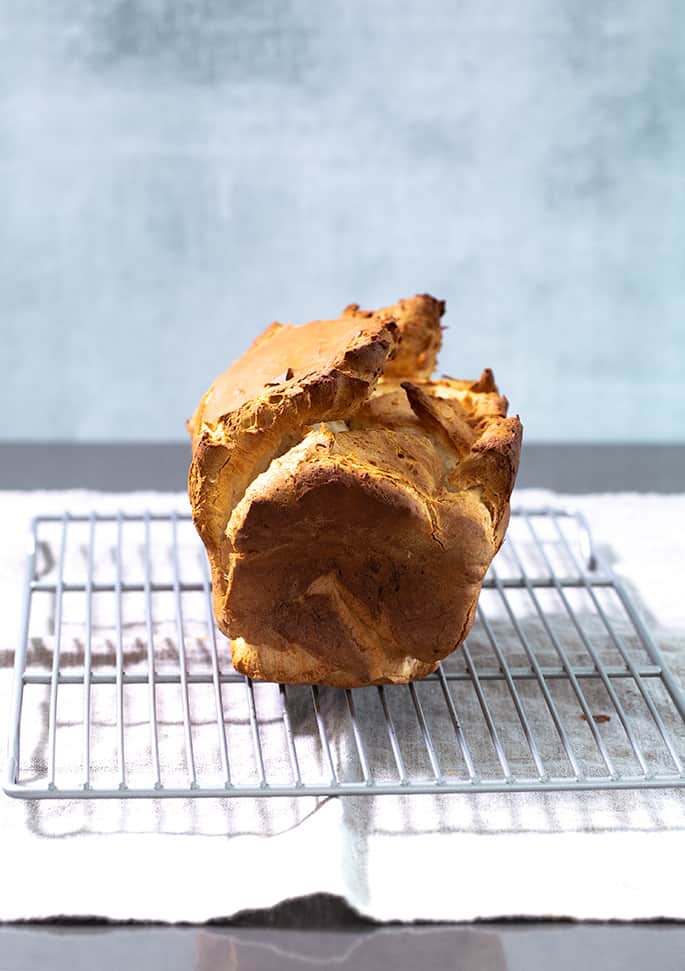 This recipe was such a success when I first posted it on the blog many years ago. I ended up deleting the post, though, most likely in a fit of shame.

The photos were just horrid. I remember also being a little nutso with the text overlays that were (I swear!) popular on blogs at the time.

Along with the success on the blog of my recipe for gluten free yeast free pizza crust (one of the most popular posts on the whole blog!), and how much you love my recipe for yeasted gluten free white sandwich bread, it seemed time to bring this recipe back.

It's a high-rising-then-falling sort of bread, so expect the shape to be a little unusual. You can score the top of the raw bread to help it split in the center rather than more irregularly, but it won't matter too much. Just be sure to bake it until a toothpick comes out entirely clean and all will be well.

The crust is thick and bakery-like, and the crumb is moist and tender but surprisingly strong. Expect some crumbs when you slice into it, and be sure to let it cool first. It freezes quite well after being sliced, too.

Since this recipe was developed as a response to all the substitution questions I have always gotten on the blog, it seems only fair to advise you on how to make more substitutions!

But remember that the more substitutions you make, the further the recipe gets from its original roots and the more likely it is to fail.

Whey powder: In recent years, whey protein powder is much more commonly available than whey powder. This recipe calls for whey powder, which I have always purchased at Whole Foods or my local natural foods store.

If you have trouble finding it and you can have dairy, I recommend using nonfat dry milk in place of the whey powder.

Dairy: I've made this recipe dairy free at least 100 times, but there are a few things to note. For milk, just use your favorite unsweetened, nondairy milk.

Eggs: This recipe is quite egg-dependent, so making it egg-free is a tough one. Since it's only egg whites, I'd recommend trying aquafaba and treating it just the same as you would the egg whites as instructed in the recipe.

Cream of tartar: This ingredient is used to help stabilize the whipped egg whites. In its place, you can use 1 teaspoon of freshly squeezed lemon juice.

Honey: In place of honey, you can use agave syrup or Lyle's golden syrup. If you'd like to use pure maple syrup, I'd recommend using 1 1/2 tablespoons (32 grams) rather than 2 as it's less viscous. 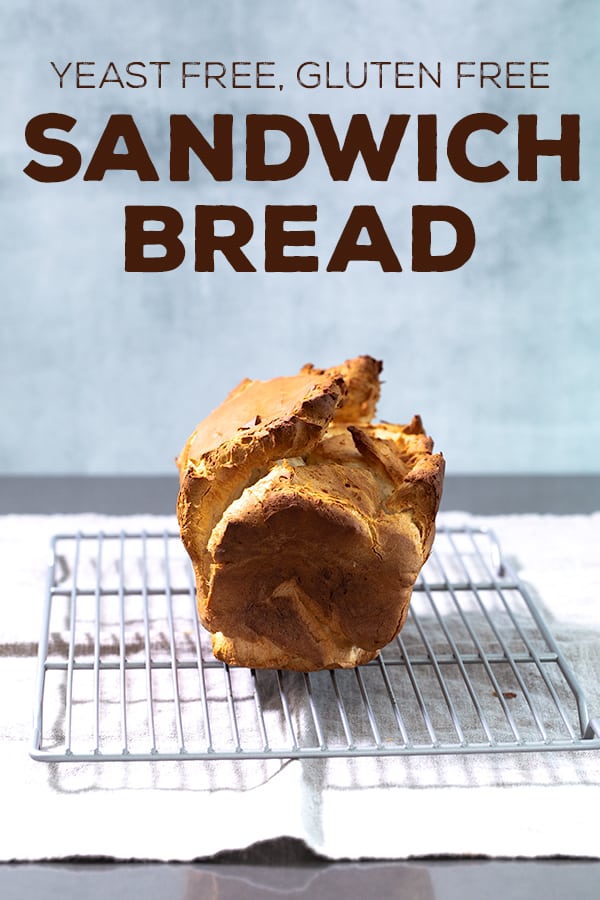 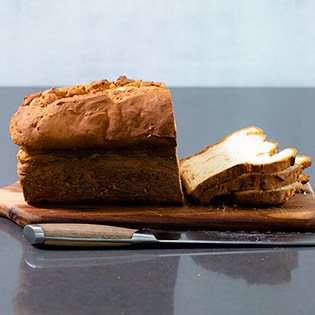