If you're looking for a vanilla frosting that's less sweet than a traditional buttercream, but still velvety smooth, this light, and fluffy cooked flour frosting is just the thing. It really is the best frosting! 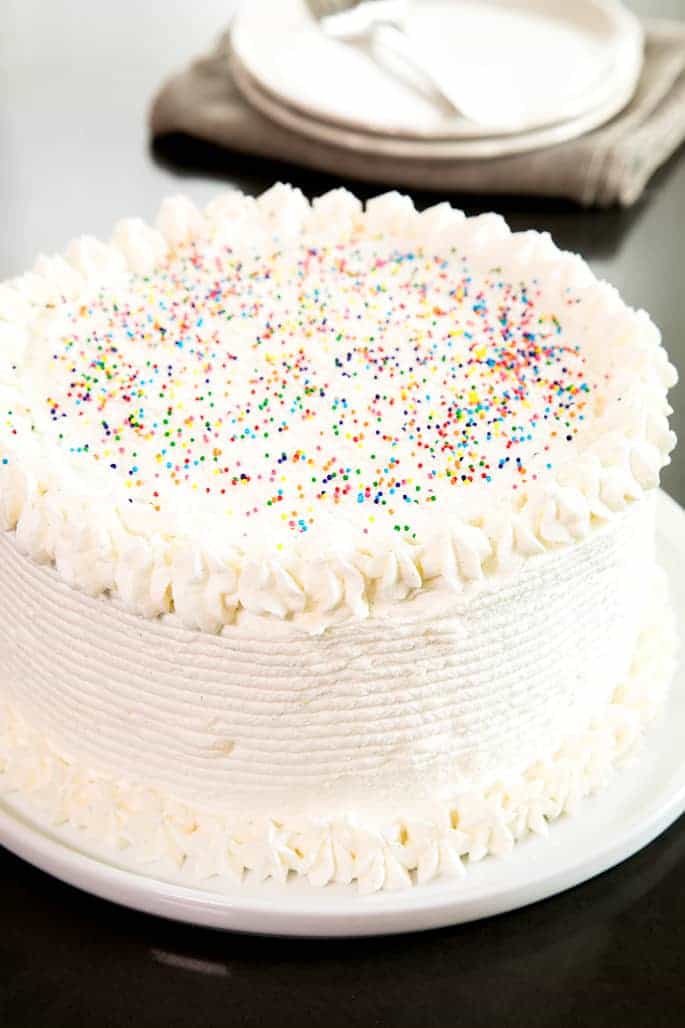 This cooked flour vanilla frosting is the best frosting, so it deserves the very best gluten free vanilla cake. And that's what you see here. This cake-and-frosting duo is my default combination for quite literally any occasion.

I don't usually make much of a fuss about recipes for frosting and other naturally gluten free recipes of that sort. But this isn't just any frosting. It's a cooked flour and sugar frosting, and it's traditionally made with a conventional all purpose flour.

This frosting, like my favorite chocolate whipped ganache frosting, isn't nearly as sweet as a traditional buttercream frosting. Buttercream relies upon confectioners' sugar for sweetness and more importantly for structure. Without plenty of sugar, buttercream won't hold its shape. Here, cooked sugar does a lot more heavy-lifting. 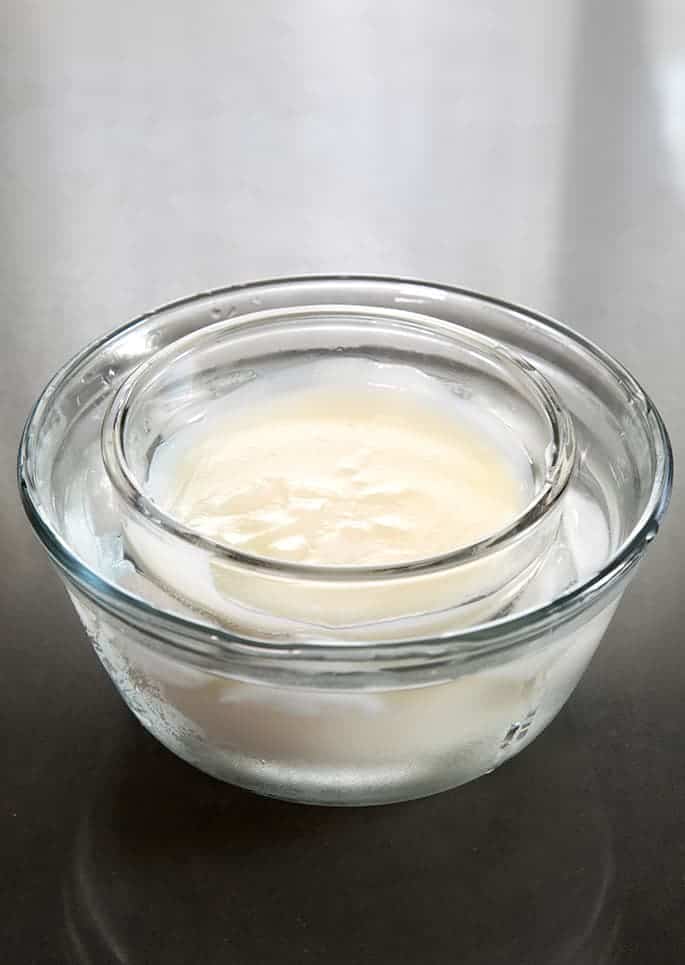 Recently, though, I realized that most likely I could simply use tapioca starch/flour alone, and wouldn't that be simpler. I tried, and it worked just as well. I then started using different combinations, even using all arrowroot, and the recipe still worked.

There are quite a number of recipes on the web for cooked flour frosting (also called ermine or boiled milk frosting), and many of them don't seem to work very well. I believe that the secret to success in this recipe, other than the right balance of ingredients like any recipe, is cooking not just the milk and flour but also the sugar. Cooking the sugar along with the milk and flour means that the sugar changes form as well, which adds a lot of stability to the frosting. 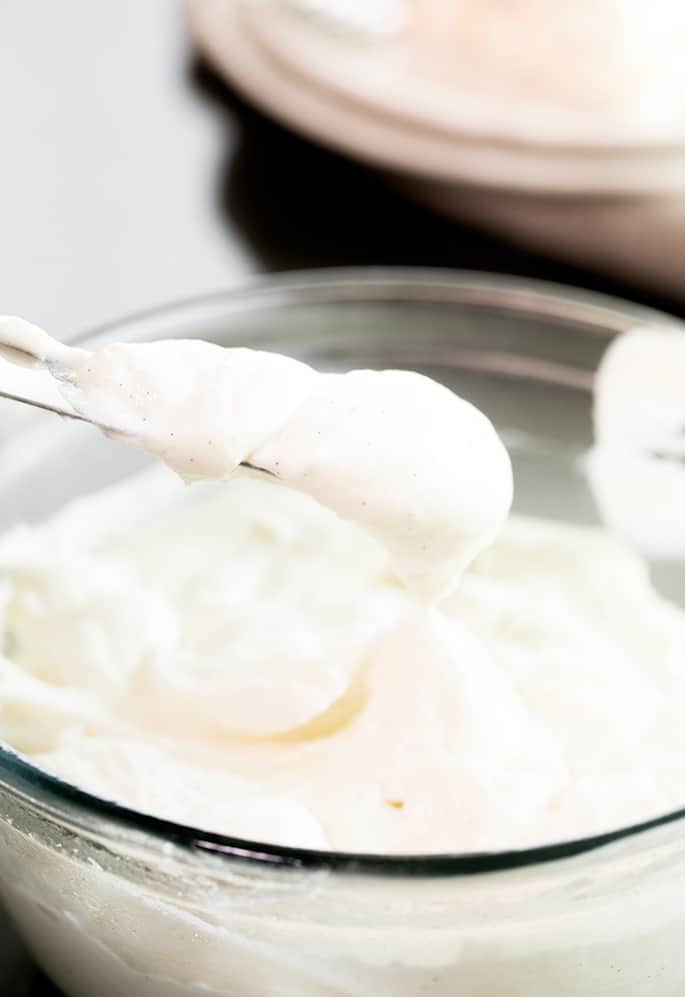 As Karlie pointed out, this recipe makes a super velvet-smooth, fluffy-light frosting. It's almost like whipped cream frosting, but it's naturally very stable at room temperature which is a really nice thing in a frosting.

Go ahead and make it ahead of time. Then, either pipe it or spread it on your cake or cupcakes right away, or store it in an airtight container on the counter for a couple days before you're ready to use it. It doesn't separate. Plus, the recipe can be doubled easily. As written, it works for 1 dozen cupcakes or a single layer cake. 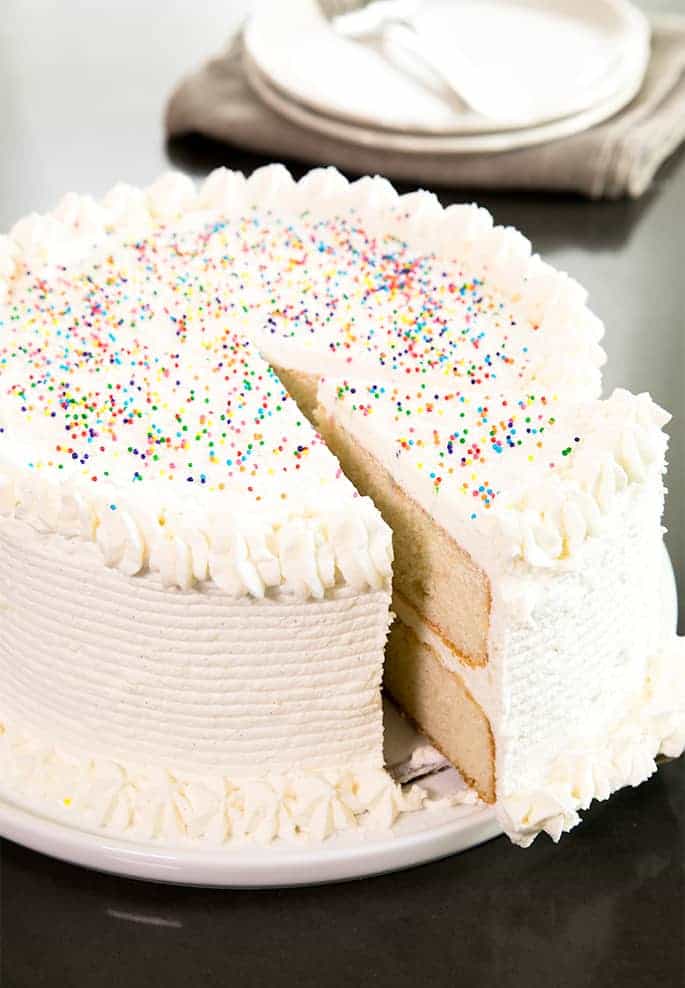 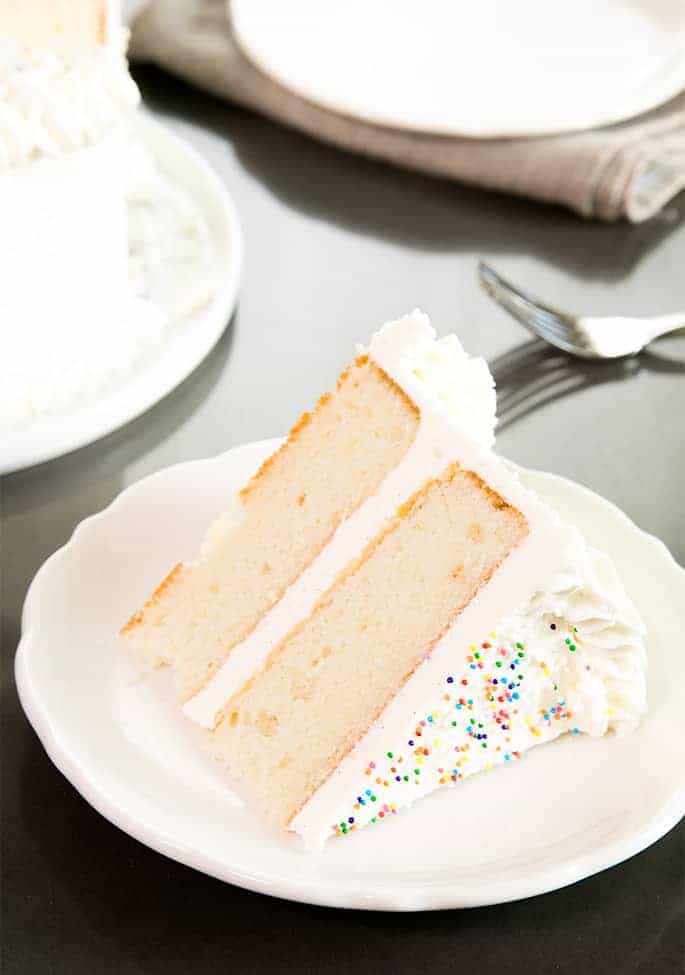 Sugar-Free: I haven't tried making this recipe sugar-free, but I think it would work beautifully with Swerve brand granulated sugar substitute. If you're considering reducing the amount of granulated sugar, I don't recommend that as the recipe is already much less sweet than traditional buttercream frosting.

For a refined sugar-free version, granulated coconut palm sugar might work in place of refined granulated sugar. But I'd recommend grinding the palm sugar in a food processor first, since it has a large grain otherwise and may not melt fully otherwise. The resulting frosting will be darker in color, though.

For the visual learners among us, I've created a short video of myself making this easy frosting. Watch it, then it's your turn! 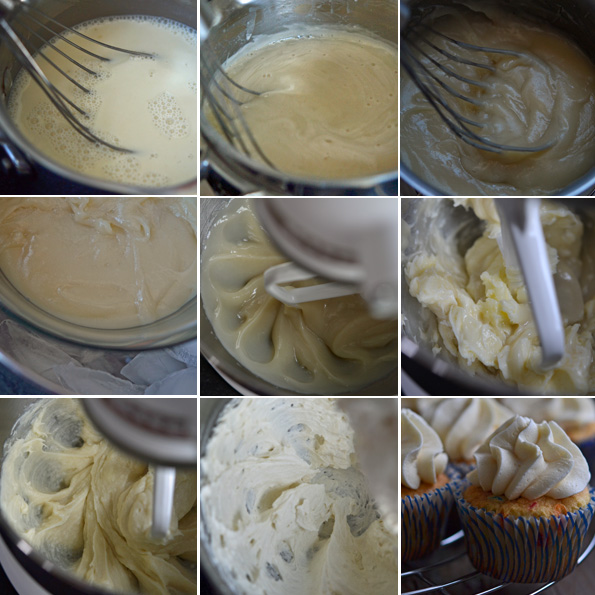 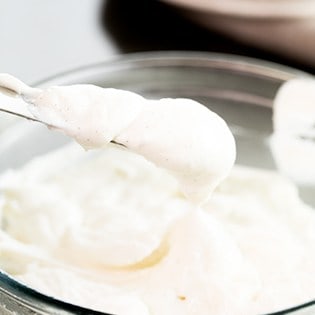