A no bake chocolate eclair cake made with graham crackers, whipped vanilla pudding and covered in chocolate ganache. So easy, and it tastes just like an eclair! 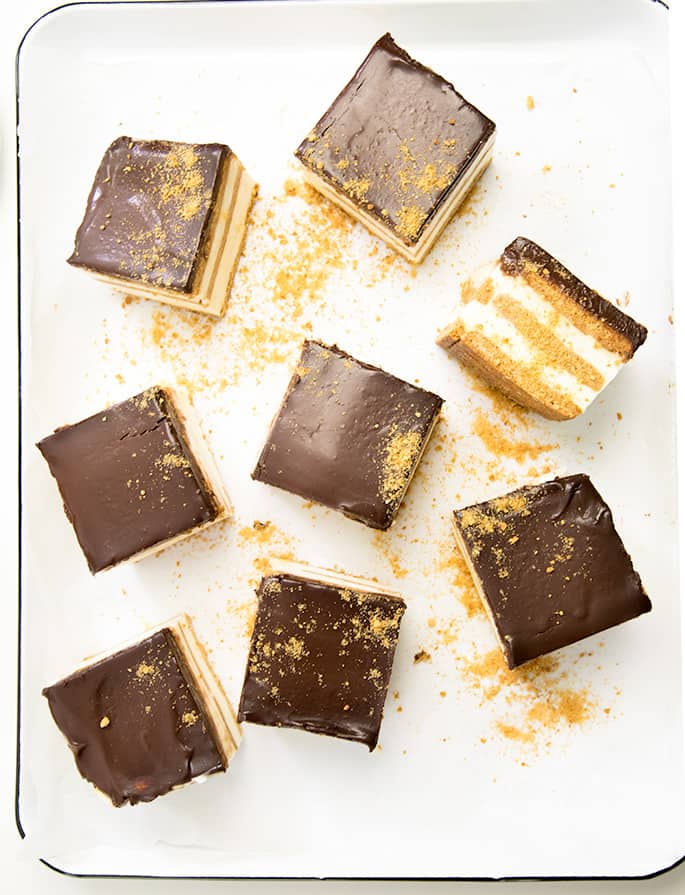 Scroll down for a how-to video. Just push ▶️ play!

No bake desserts are perfect for summertime, or anytime you want to whip up something sweet without pulling out all the stops. Most often, no bake means using some version of crispy, crunchy cookies (like our graham crackers). Either we crush them to use for a pie crust or let them sit in the refrigerator for with something smooth, creamy and delicious for an icebox cake.

It's not exactly the same instant gratification as a microwave mug cake, but this chocolate eclair cake can be as much or as little work as you please. Here, I've made my own “instant” homemade vanilla pudding, but you can use the boxed kind. 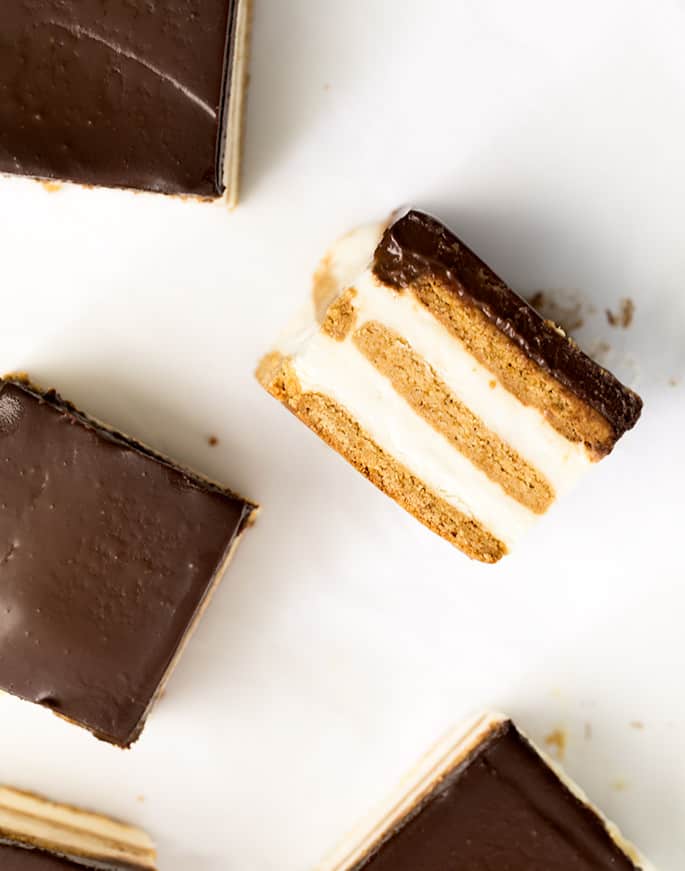 Part of the reason I love making my own “instant” pudding is that I can control the amount of sugar. That, and it's just so easy. Ditto making my own stabilized whipped cream instead of using Cool Whip in this simple recipe.

It also doesn't help that Cool Whip is filled with tons of chemicals. Delicious chemicals, though, aren't they? You don't have to add the gelatin to the whipped cream if you don't want, but you'll just have to serve the cake nearly frozen as it won't set up properly otherwise. 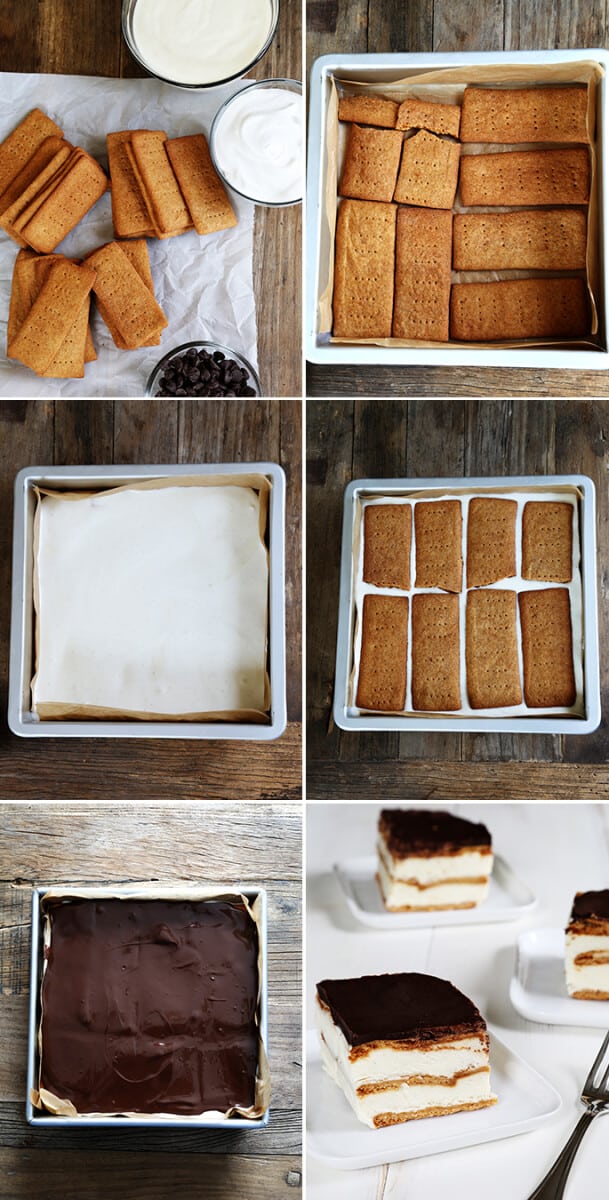 As the cake sits in the refrigerator, the graham crackers soften into the filling and all of the flavors mix and mingle perfectly. By the time you're ready to serve this crowd-favorite no-bake cake, it tastes just like a chocolate eclair—but there's enough for everyone without any fuss.

And no-fuss? That's what summer is for. 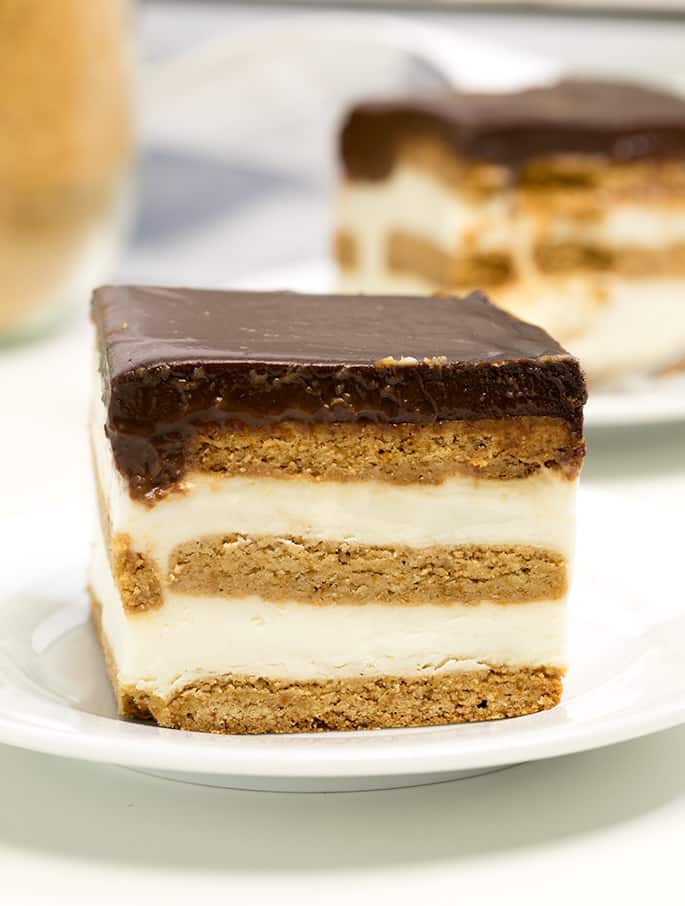 Dairy: Dairy is a tough one to substitute in this recipe. The graham crackers are essentially naturally gluten free (just use nondairy milk), so you're good there. The vanilla pudding is a bit tougher, as it uses nonfat dry milk as a base. You can try using blanched almond flour in its place, but I'm not entirely sure how well it will work.

Coconut cream might work in place of the heavy whipping cream in the stabilized whipped cream, but I would absolutely use the gelatin. Coconut cream would be fine in place of the cream for the chocolate ganache. Cool Whip is considered “non-dairy” but it does have some milk protein in it. I don't really get that, but there it is.

How To Video For Chocolate Eclair Cake

Push play ▶️ to watch me make this cake. Then it's your turn! 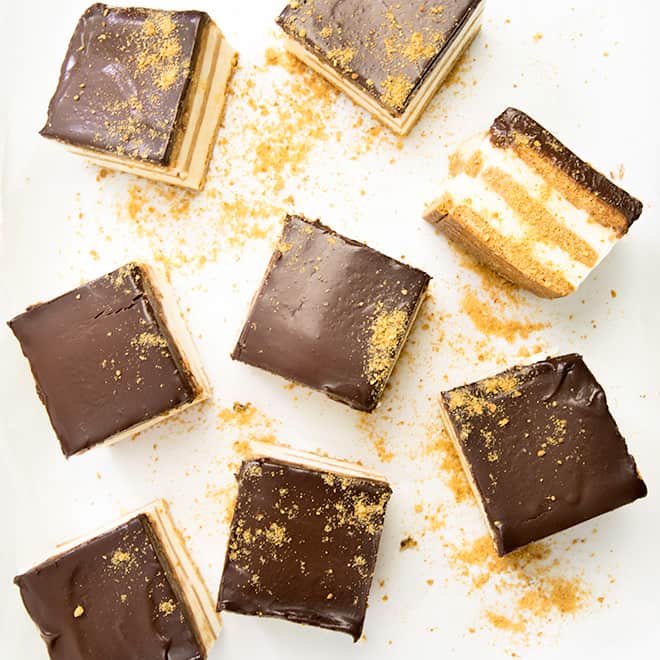 *If you would like to make the whipped cream without the gelatin to stabilize it, simply omit the gelatin and water, and the related instructions. You will have to freeze the cake and serve it frozen, rather than refrigerated, as it will not set up properly otherwise.