This super easy gluten free s'mores pie, made as minis or whole, has all the taste of s'mores in a neat little pie. Because straight up traditional s'mores are (unforgivably) messy. When I first made this recipe, I made it only into miniature pies. My children were quite young, and giving each of the three of them their own pie just seemed like the safest thing to do.

No fighting over the biggest piece! You pick up the whole pie with your hands! The whole idea of making a s'mores pie of any kind was to avoid the messiness of a traditional graham cracker | chocolate | marshmallow s'more.

But it's more work to make miniature pies, and the miniature recipe really works best if you have a 6-well cake panel pan that you see pictured below. They really are adorable. 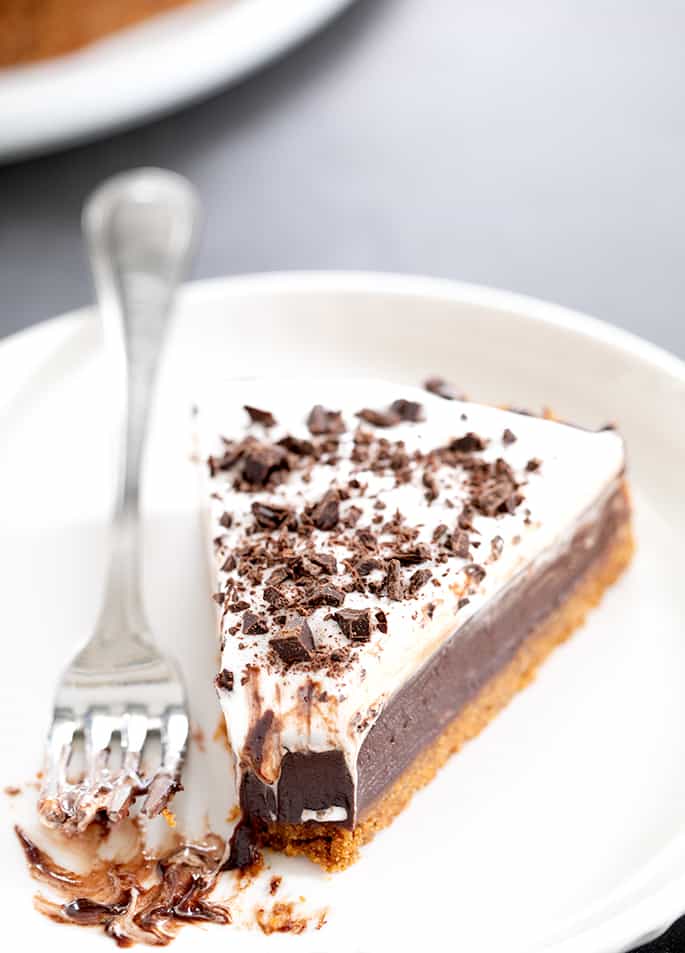 The pie shells that I prefer to use here are baked, but in a very low oven (just 300°F). I've included a no-bake option, though, because a no-bake cookie crust is a classic.

I prefer the low-baked pie crust because it's a bit more stable and easy to handle. If you're making a single 9-inch pie, you can confidently use the no-bake crust. 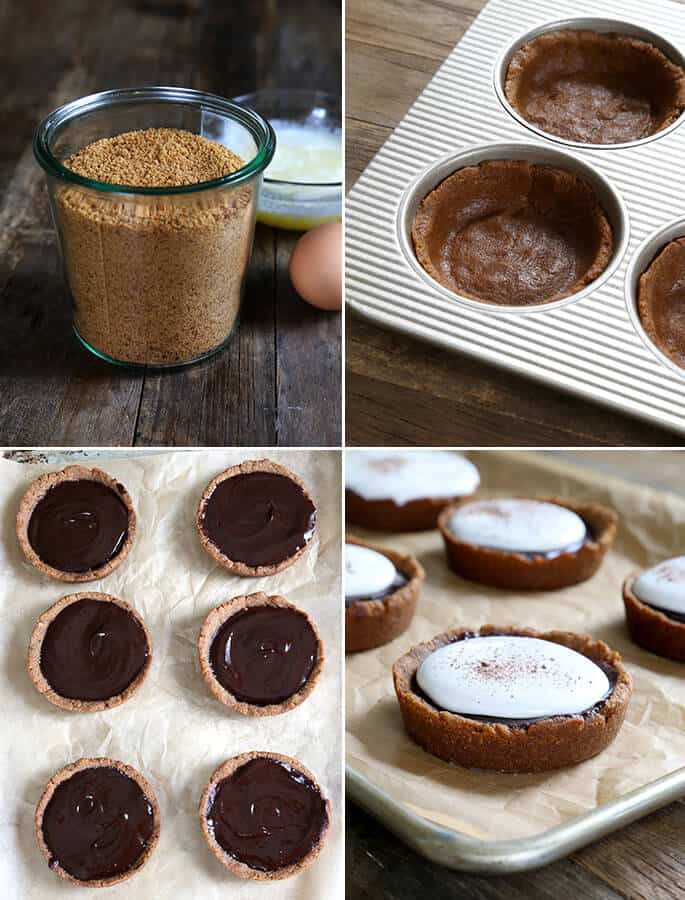 How to make the mini pies

I made my pies in my USA Pans cake panel pan because I love that pan and I like the size. I also made a batch of pies in a standard 12-cup muffin tin and they were lovely, too.

It's a bit more work to make the mini pies in a 12-cup muffin tin. You'll have to press the pie crust into 12 little wells, but it's worth the trouble. 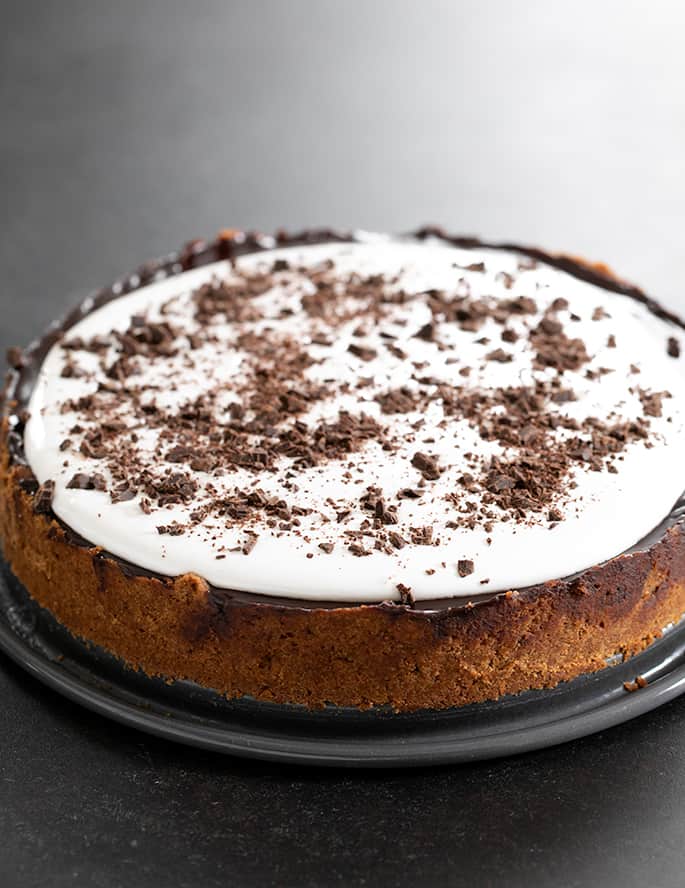 How to make a full 9-inch pie

The best way to make a full gluten free s'mores pie that is easy to slice and serve is using a springform pan. If you don't have a springform pan, you can absolutely use a deep-dish pie pan. 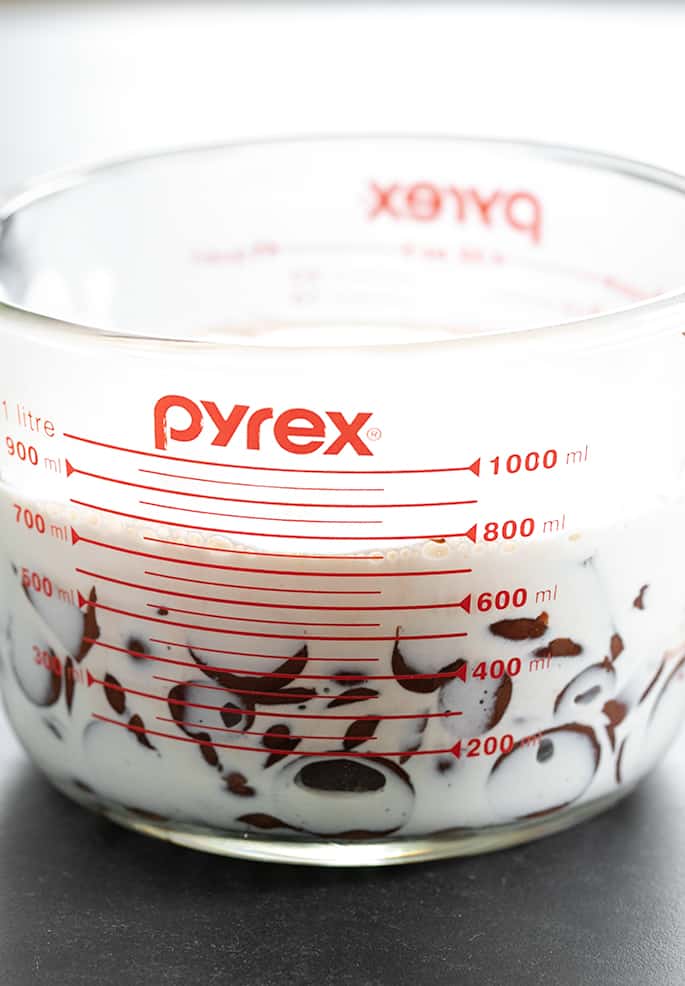 How to make the chocolate ganache filling

Chocolate ganache is the simplest mix of pieces of chocolate and simmering cream. The simmering cream melts the chocolate, and the mixture can be made into chocolate truffles, used as a poured icing over a cake, or whipped into a chocolate frosting.

Place the chocolate, in either chopped or in melting disks, in a heat-safe bowl. Place the cream in a small saucepan, and bring it to a gently boil/vigorous simmer.

While the cream is still simmering, pour it over the chocolate pieces. Allow it to sit until it softens the chocolate, then stir until it's smooth and glossy. The proportions of cream and chocolate will vary, depending upon how firm the ganache is meant to be. 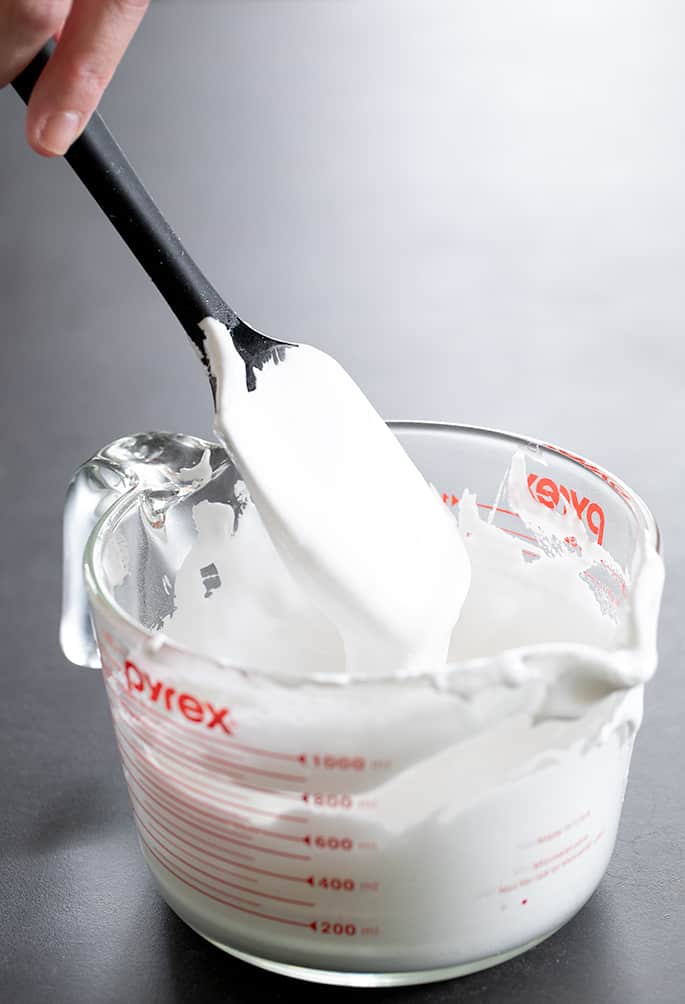 How to make the marshmallow topping

This marshmallow topping is very simple in concept, but it does require a candy thermometer. The idea is to place a bit of powdered gelatin in a small bowl, allow it to gel and then add it to a mixing bowl.

Then, cook sugar and water until it reaches the “softball stage,” or 240°F on an instant read candy thermometer. Add the hot sugar mixture slowly to the wet gelatin, and whip until the mixture triples in size.

This is a low-gelatin mixture, because we want a pourable topping. It will still dry firm enough to slice.

If you're just not willing to break out the candy thermometer to make your own marshmallow topping, you can use store-bought gluten free marshmallows. Most brands at least in the U.S. are gluten free.

Just place them in a microwave-safe bowl with about 1 tablespoon of butter per 8 ounces of marshmallows. Melt the marshmallows and butter in the microwave in 30-second intervals or over a double boiler, and pour the mixture over the top of the filled shells.

If you can't have eggs, just use the no-bake pie crust recipe. It doesn't call for the egg.

I have just begun experimenting with making marshmallows and other recipes like homemade Jello gelatin with agar agar. I'm not ready to give anyone advice on how to do it yet, though!

There are brands of packaged marshmallows that are vegan. If you would like to make a vegan marshmallow topping, I recommend using those. Instead of a tablespoon of butter, try Earth Balance buttery sticks. 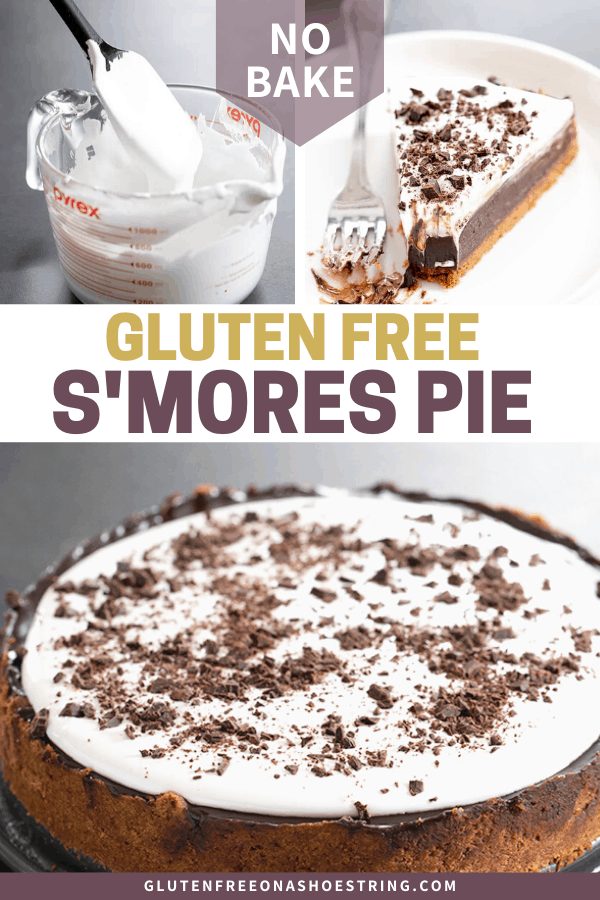 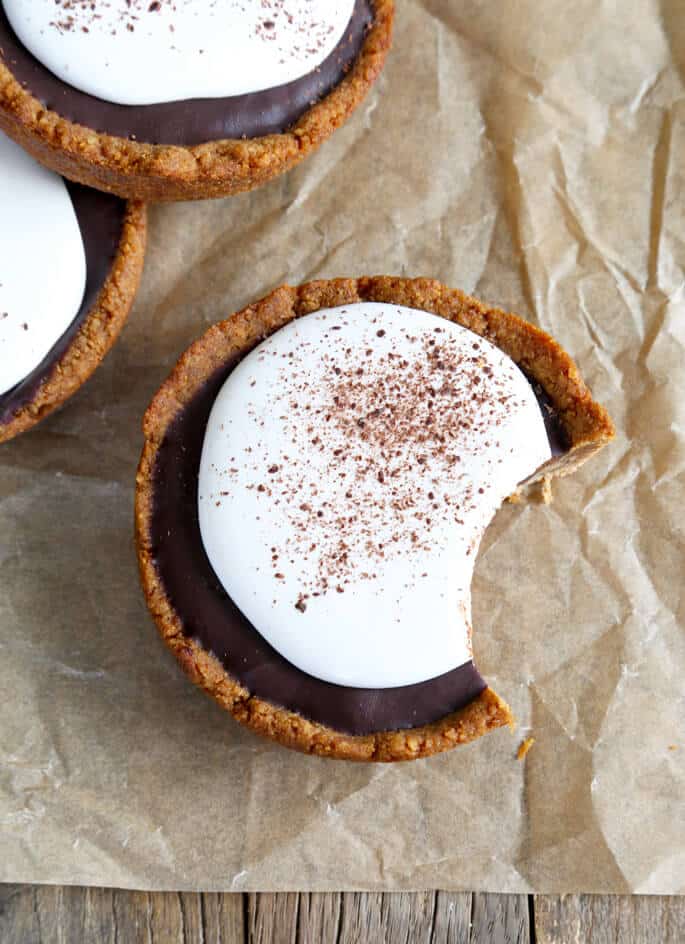 No-bake crust: Omit the egg and add another tablespoon (14 g) melted unsalted butter to the pie shell. Follow the recipe instructions for pressing the pie shell into the greased individual muffin/cake panel wells or 9-inch pan, and place in the refrigerator (for about 1 hour) or the freezer (for about 15 minutes) to chill until firm. Proceed with the rest of the recipe, and keep the pies chilled before serving.