These chocolate chip gluten free cheesecake blondies have the chew of a blonde brownie with a hint of the creamy texture of a perfectly baked cheesecake. The perfect alternative to brownies! 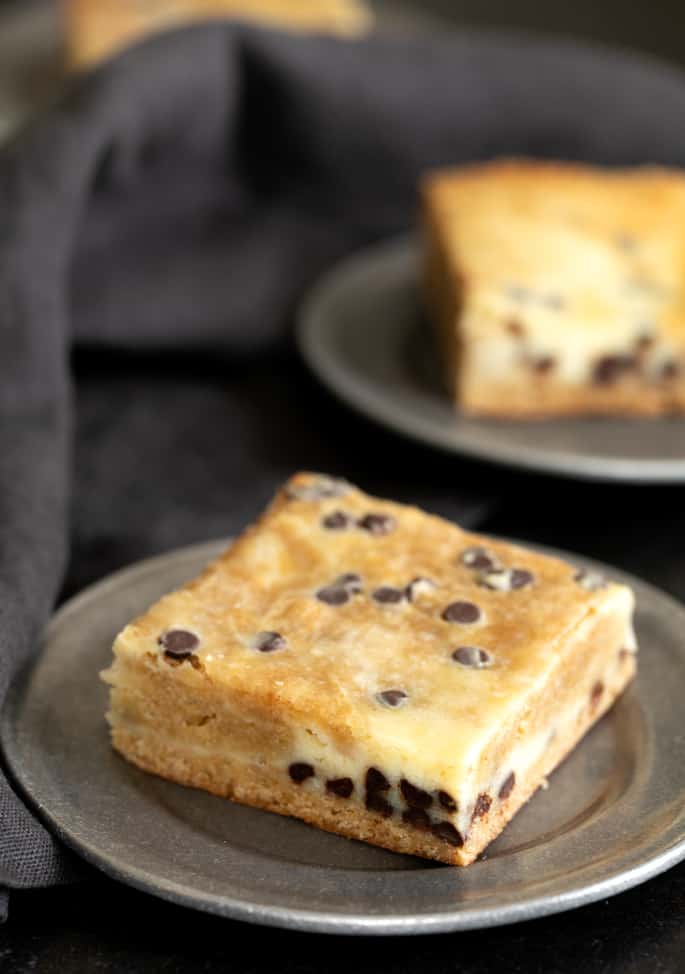 How to make cheesecake blondies

The ingredients in and process of making these layered blondies are simple, but there are two steps. The total baking time is nearly an hour, but most of it is inactive, just waiting for the bars to bake low (300°F) and slow (nearly an hour) in the oven.

Reading through the recipe once entirely before getting to work is a good idea for every recipe. But it's especially important when you're making a layered dessert that is essentially two recipes in one. 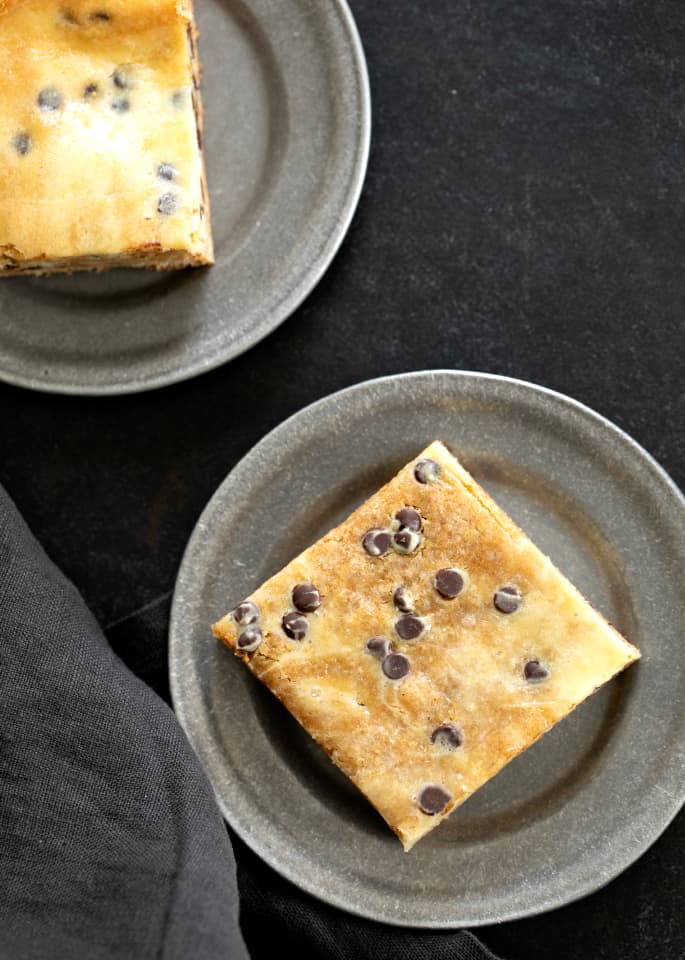 I've tried making this recipe just like that, without parbaking the crust by baking it alone for 10 minutes in a 325°F oven. But I find that the cheesecake layer bakes into nothing more than a swirl in all the blondie batter when the recipe is made that way. Plus, you have to bake the cheesecake longer to get it to set properly, so it's less creamy.

When you parbake the crust, it's a thin enough layer that it's mostly set after 10 minutes. Allow it to cool a bit, so the pan is easier to handle, then top it with the cheesecake batter followed by the remaining blondie batter.

Since the blondie batter is relatively thick and sticky, it will combine a bit with the cheesecake batter as you spread it out. The three layers aren't as distinct as they are in, say, rainbow cookies, but the textures are all just right this way.

If you'd like to make a single layer, more classic blondie, we have a separate recipe for that. Try our classic gluten free blondies—with or without the decadent maple butter, just like Applebees. 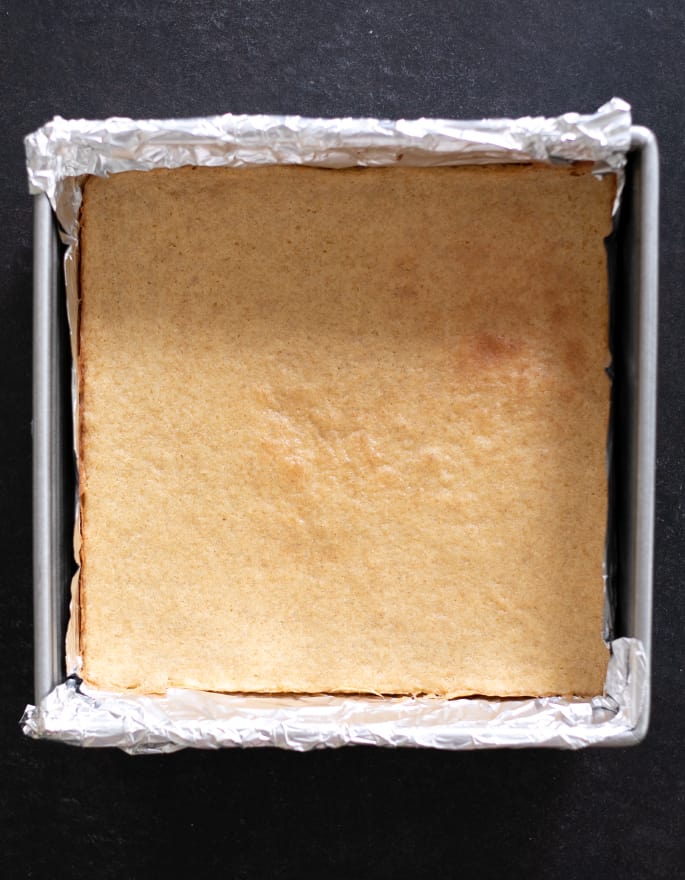 One of the most common ways of baking a cheesecake evenly, without any cracks in the surface, is to bake it in a bain-marie, or a water bath. Placing the cake pan in a larger pan with water that climbs about halfway up the sides of the cake pan keeps the cake from baking too quickly on the outside and keeps the temperature surrounding the cheesecake constant.

I used to go through that sort of trouble baking cheesecakes and it was such a pain since cheesecake is typically baked in a springform pan, which isn't watertight. I graduated to adding a pan of water to the oven positioned on the rack below the cheesecake and gave myself permission to shrug off any cracks.

Then, finally, I learned that the main cause of cracks in a classic cheesecake is overbeaten eggs. So now I beat the cream cheese, sugar, salt, and vanilla until very light and fluffy. But once I add the egg, the mixture is beaten only to combine, no more.

I do still recommend adding a separate pan of water to the oven. These gluten free cheesecake blondies are most tender and chewy when they bake in a moist environment. 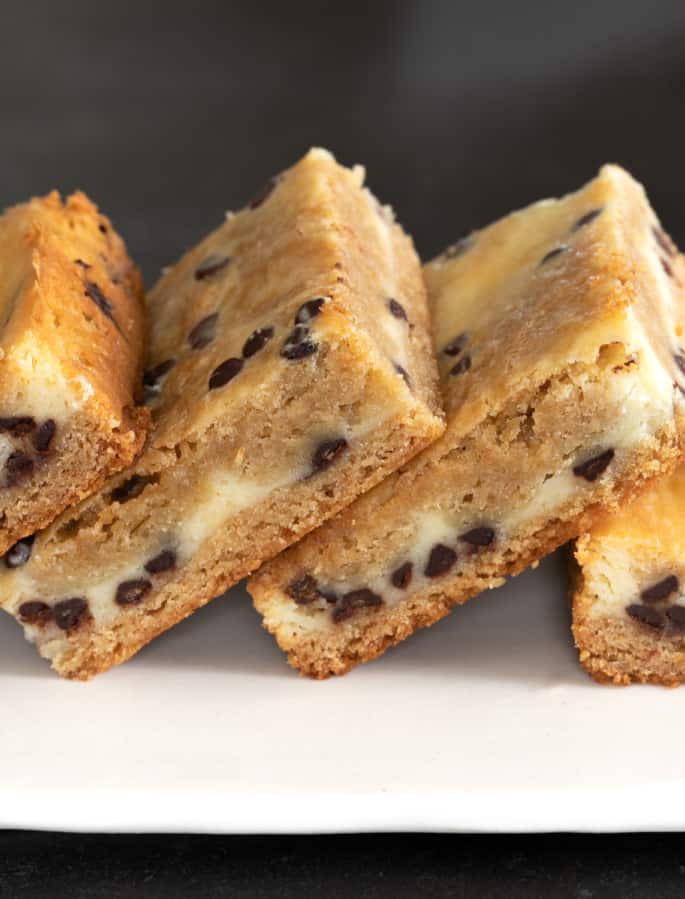 This is a tough one since I don't know of any proper substitute for traditional cream cheese in cheesecake. You can try using your favorite nondairy cream cheese in place of the cream cheese, and possibly adding another egg white to help the cheesecake set up in the oven.

In place of the butter in the blondie layer, you can use Melt vegan butter (my favorite butter substitute) or half Spectrum nonhydrogenated vegetable shortening + half Earth Balance buttery sticks. And be sure to use nondairy miniature chocolate chips.

There are two whole eggs and one egg white in the blondie layer, and one whole egg in the cheesecake layer. I'm afraid that's just too many eggs to expect to replace with egg substitutes. 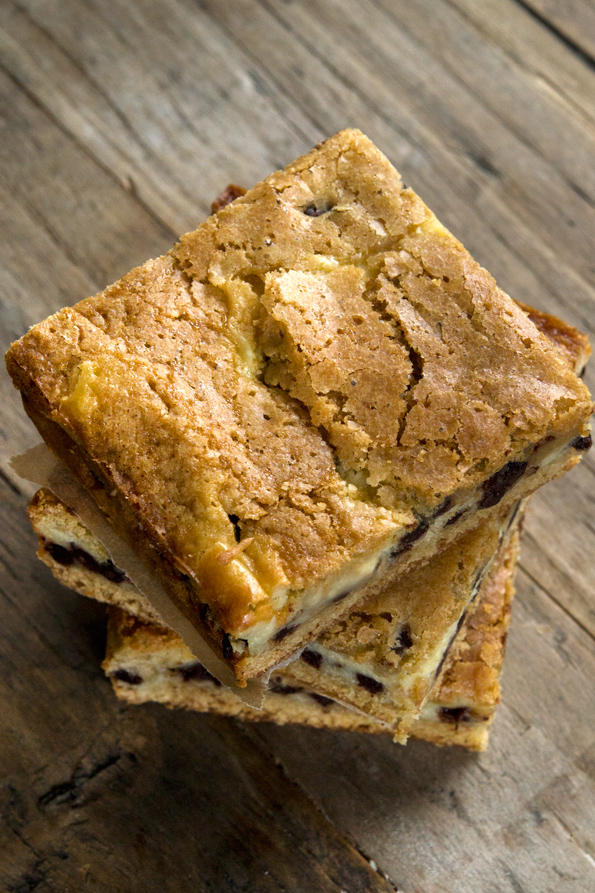 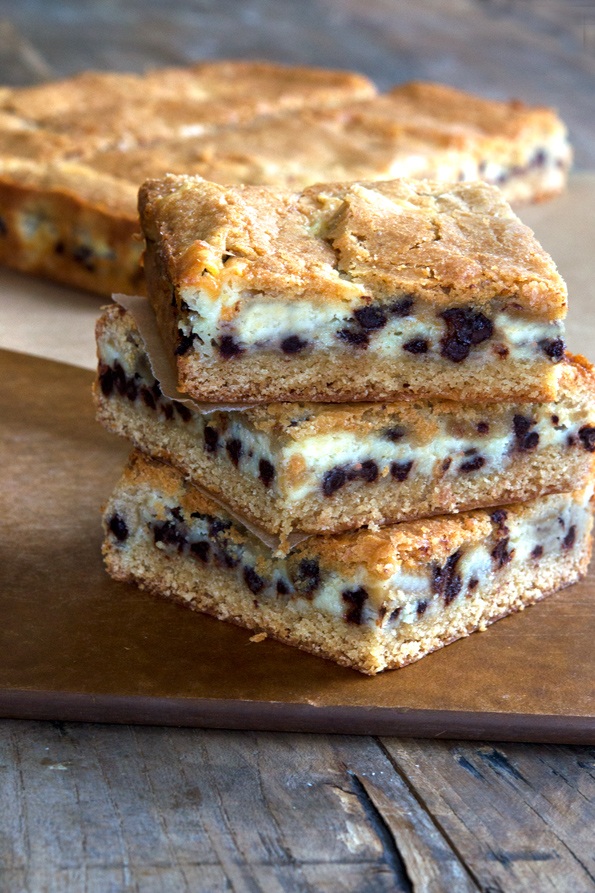 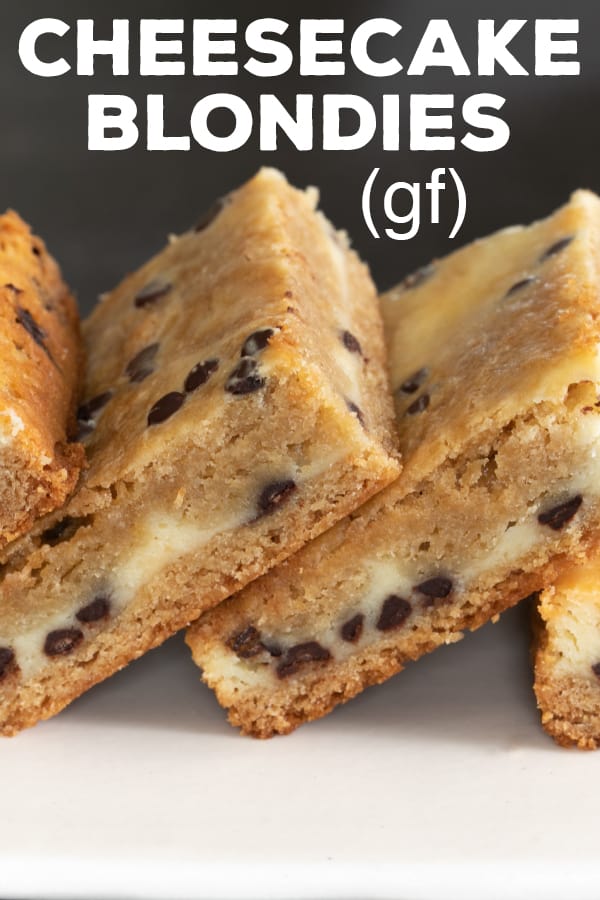 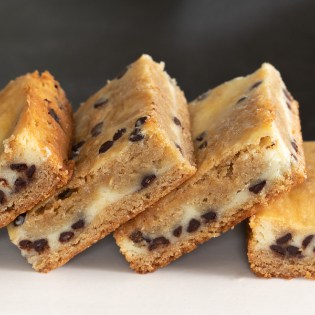 For the cheesecake layer
8 ounces cream cheese, at room temperature