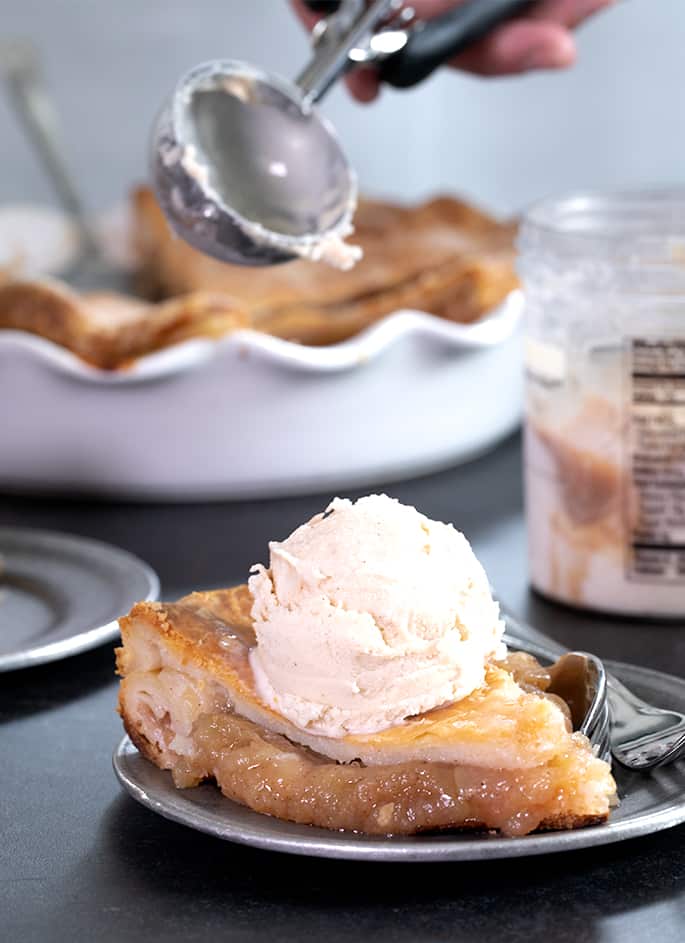 Baking pie in a paper bag ?

You should know straight up that I haven't ever burned my house down baking an apple pie in a paper bag. Don't worry I'm only kidding a 375°F oven is not going to get the paper bag hot enough to have it burst into flames.

Just don't even think about turning on the broiler with the paper grocery bag inside the oven. And keep the bag away from direct contact with the flame. 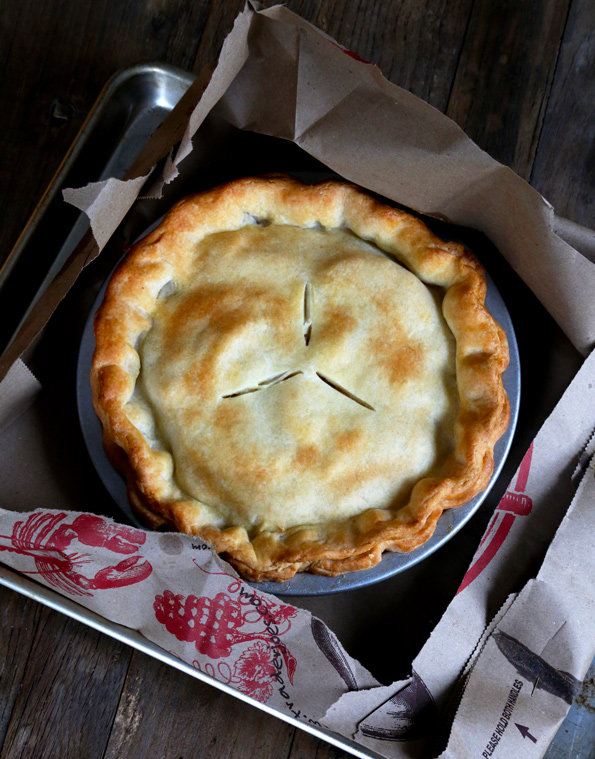 Then, all that's left to do is to tear open the top of the bag and finish baking. The crust will be absolutely positively the most gorgeous golden brown color you have ever seen in your life.

And if you're worried about rolling out pie crust, I have a how-to video for making extra flaky gluten free pie crust. The same techniques apply to the pie crust recipe here as they do in the extra flaky crust.

You can even double that recipe and use it in place of the double crust recipe below to make this pie. That's what I did in the recipe video and it was amazing. That pie crust recipe is even easier to handle than the ice water recipe reprinted here, but both produce a light, flaky result. 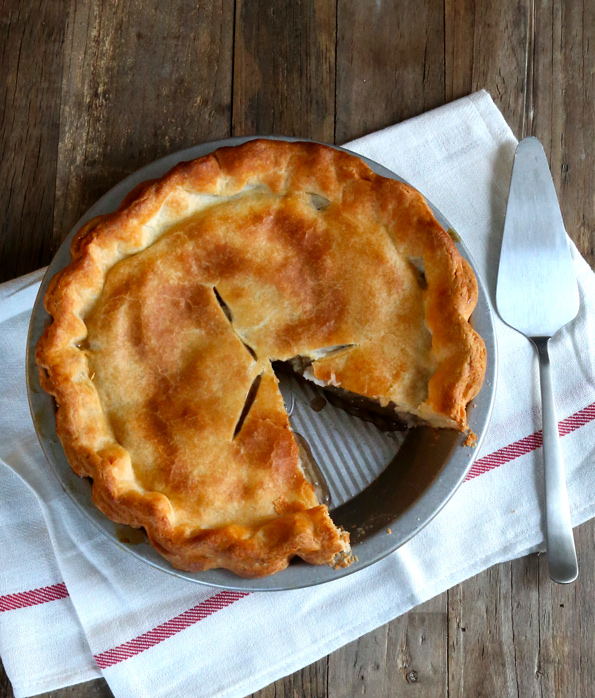 When I first published this recipe on the blog in 2014, I baked it in a traditional shallow pie plate. In the video and newer photos, I used a deep dish pie plate.

In either a deep dish or standard pie plate, the baking time stays the same. The paper bag technique is designed to cook the apples perfectly by steaming them in the bag.

The crust is shielded from any direct heat of the oven until the inside is nearly completely cooked. The final 10 minutes of baking time is just to fully brown the crust.

If you decide to bake this apple pie in the sort of standard shallow pie pan you see above, you won't use all of the sliced apples. Just cook the remaining apples down on the stovetop in a small heavy-bottom saucepan until tender.

As the filling mixture has sat in the bowl, some of the moisture has been drawn out of the apples. They shouldn't need any additional liquid to be cooked separately. If you're concerned about the apples burning, just add a splash of water to the pan. 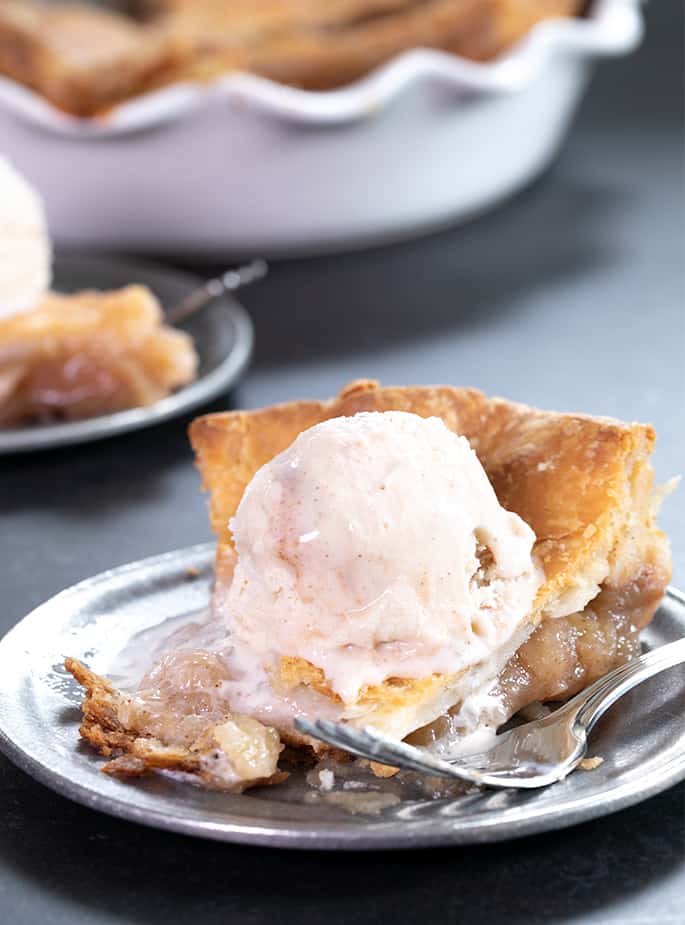 Despite having a few steps and stages, this is a relatively simple recipe. It's naturally egg-free if you omit the egg wash, and actually has relatively little sugar added. However, there are a few substitutions you might like to make, so here's the information I have on the subject:

Dairy-free: The apple pie filling is naturally dairy-free, but the crust calls for plenty of butter. My favorite dairy-free substitute for butter in pastry is Melt brand vegan butter. It has a similar moisture content to butter, and a great taste.

I don't recommend Earth Balance buttery sticks for pie crust. They have a ton of moisture when tends to cause the crust to leak and never become flaky. 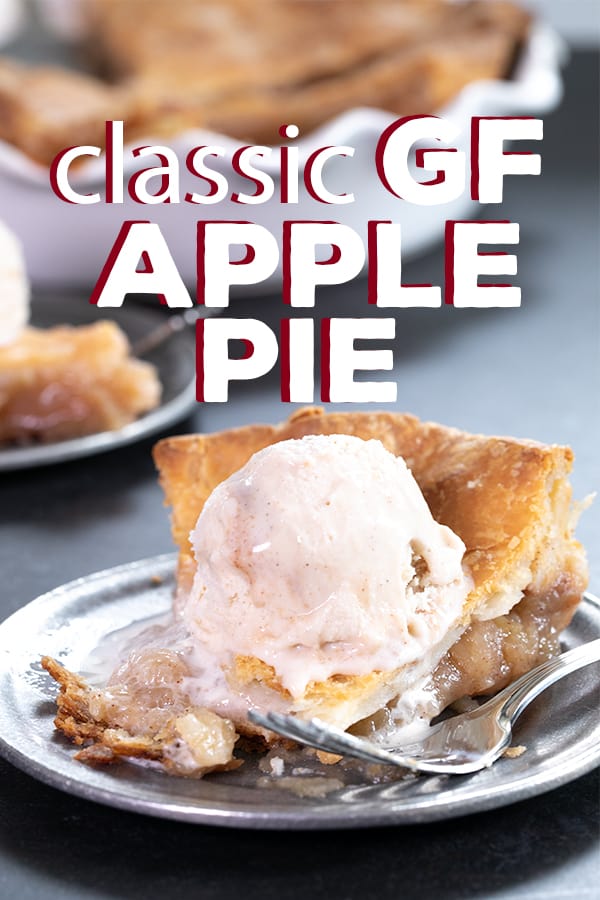 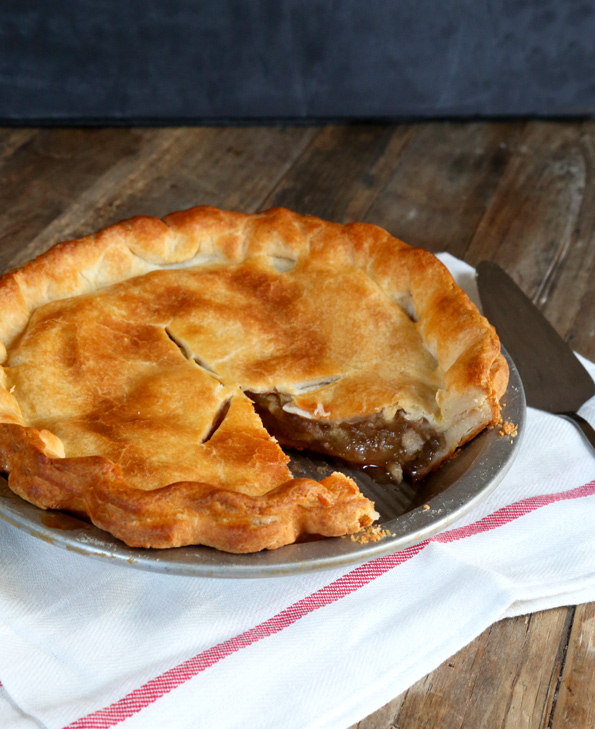 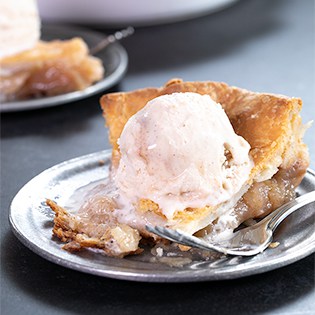 3/4 to 1 cup cold water, iced (ice cubes do not count in volume measurement)