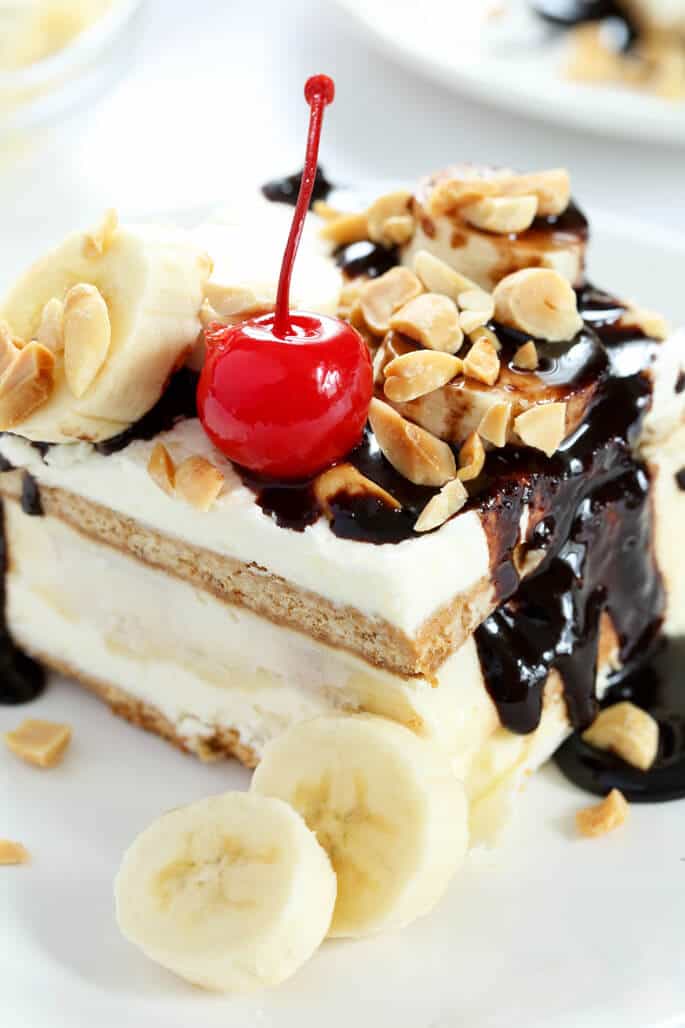 No bake cakes are lovely for so many reasons. Not only do they, well, require no baking which is perfect for the warmer months. But no bake cakes are also lovely because they're best when they're made ahead. For crying out loud, Ina Garten has built an entire empire of cookbooks and cooking shows on the concept that you should be able to host a perfect party—and enjoy it along with your guests.

This no bake banana split cake is quite similar to a no bake gluten free chocolate eclair cake. It  really does elevate the form, though, like only crushed pineapple, bananas, plus the light and fluffy cream cheese layer can do.

Whenever a dessert like this one has multiple layers, regardless of how simple those layers are, I need a visual. In fact, when I wrote out this recipe in my mad scientist notebook, I penciled in a picture of the layers so I didn't take a wrong turn. 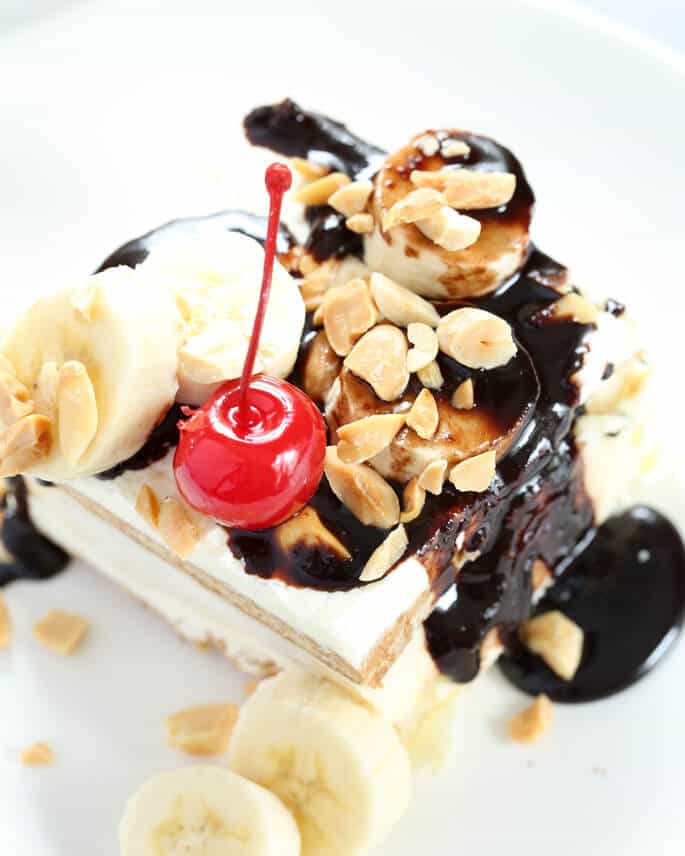 I make my own graham crackers, since I'm biased in favor of my own recipe for gluten free grahams from Gluten Free Classic Snacks. But both Schar and Kinnikinnick make gluten free graham-style crackers (links below). I have tried Schar's version and they're quite good, but incredibly expensive. If you've tried Kinnikinnick's grahams, what did you think?

Either way, when the weather warms, you'll be needing lots and lots of graham cracker crumbs. Go ahead and make a double or triple batch of my recipe, and stock up before it gets too hot!

For Assembly
1 20-ounce can crushed pineapple in its own juices, drained of all liquid

3 medium ripe (but not overripe) bananas, peeled and sliced

Maraschino cherries, with stems in their own juice

*If you would like to make the whipped cream without the gelatin to stabilize it, simply omit the gelatin and water, and the related instructions. You will have to freeze the cake and serve it frozen, rather than refrigerated, as it will not set up properly otherwise.