August 20, 2012 by Nicole Hunn
Posted In Bars, Brownies, Desserts
No ratings yet!
13 comments 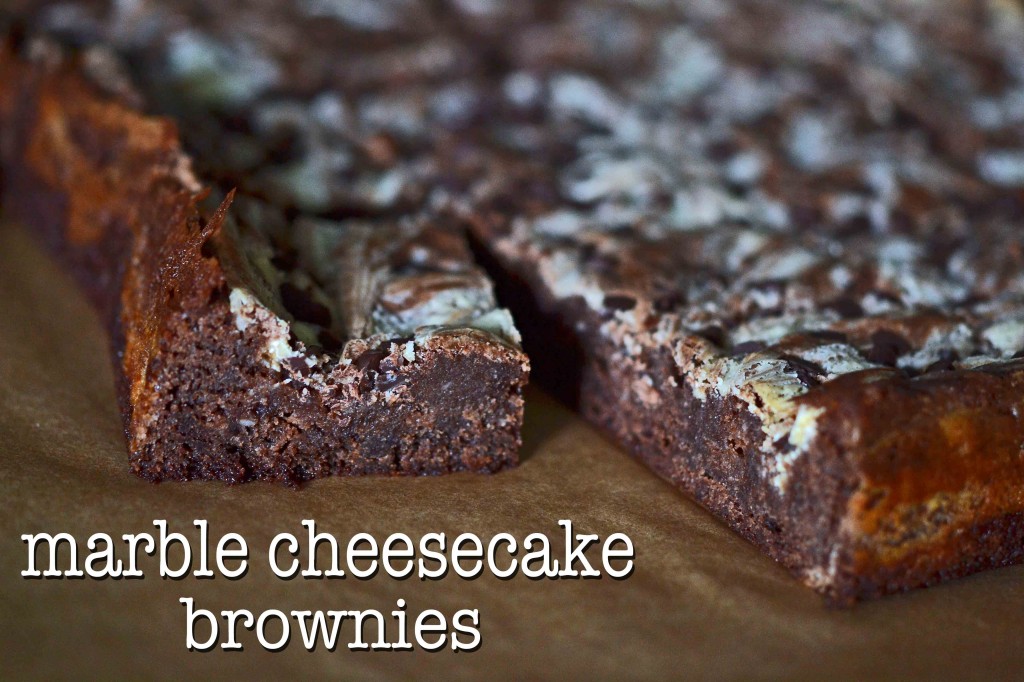 I saw Paul McCartney on Saturday. At the movies. Sir Paul McCartney to you (and me). He was with Stella and her kids. He’s thin as a rail, and had gray hair, was wearing a hat. I giggled like a schoolgirl. I tried to take a picture with my iPhone. Of him walking away (clearly). It was the blurriest iPhone picture any grown human person has ever taken in the history of the iPhone world.

So I have no proof.

He did not see me. If he had seen me and my moneysaving self, I’m pretty sure he has x-ray vision and would have seen right through me to the other side of me if there had been something important there. The rich (and the knighted) are just different. And that’s a fact. 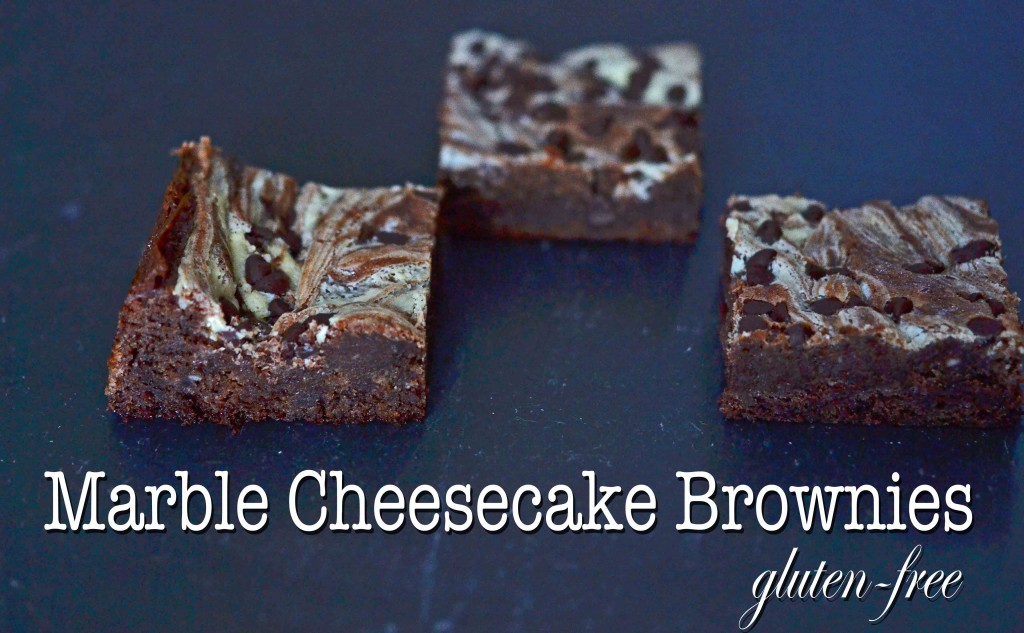 I wonder if Sir Paul is Gluten-Free-Curious (what? remember Gwyneth). I bet Stella and Gwynnie are thick as thieves, too. And that they pretend to bake gluten-free together and then just eat the made-for-TV GF food that other people make for them and hide on the made-for-TV shelves underneath the countertops in their made-for-TV kitchens. In London.

But you and I both know that there’s just no way they’d eat brownies. At least not while anyone else was looking. 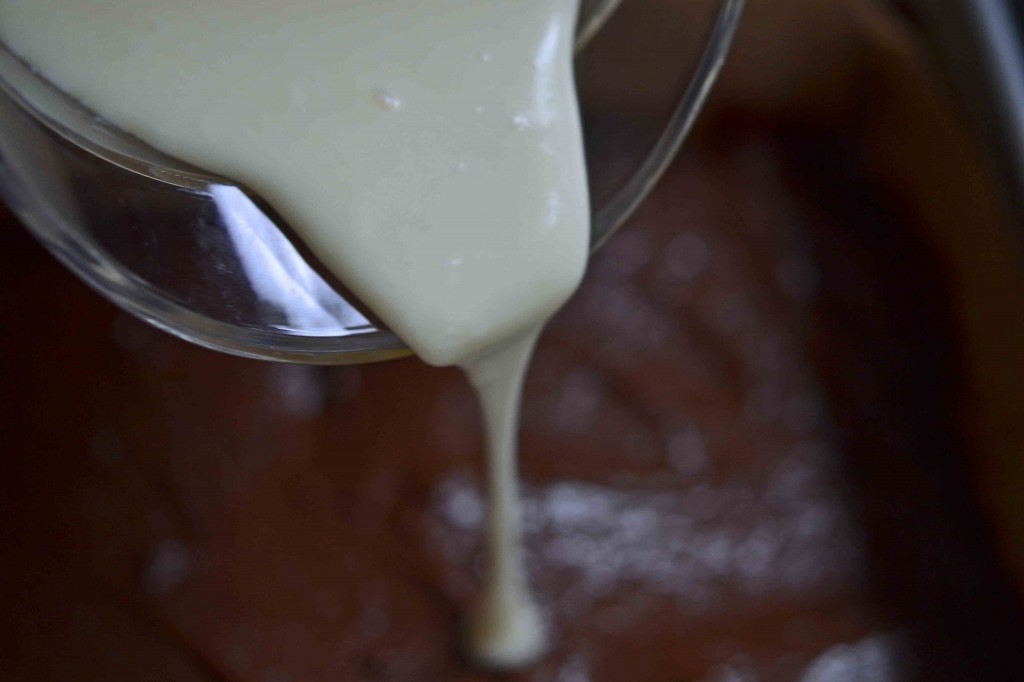 These are not your average cheesecake brownies. I just want that settled straight away up front and center. The cheesecake portion is mixed into the brownie portion, but loosely. So that it is still swirled a little bit, but the brownie part is kind of, well, cheesecake flavored. 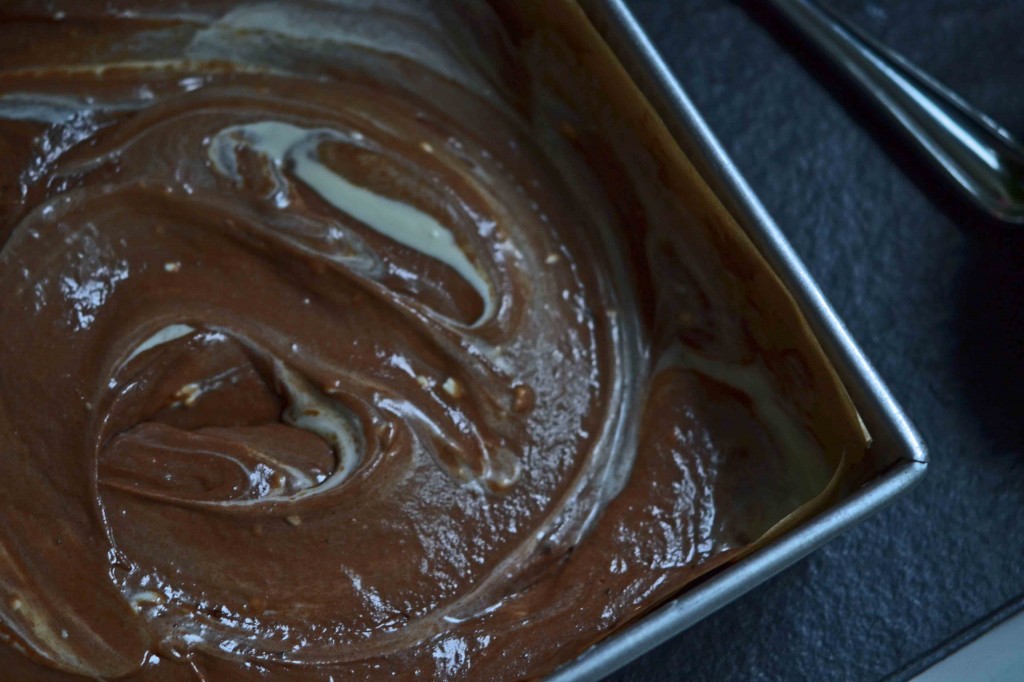 And then the brownies are not overwhelming and are even smoother than you’ve ever known brownies to be. 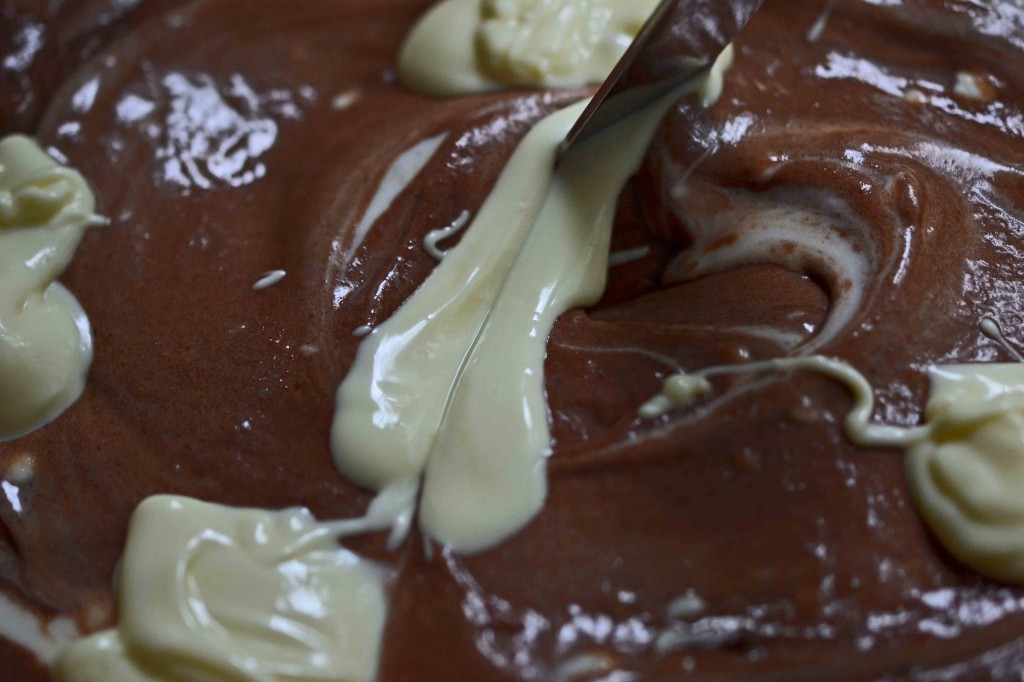 To make sure they’re nicely swirled, and to lend a certain something extra, a bit of melted white chocolate is dolloped on top, and then swirled with a butter knife. It’s pretty. Don’t you think? 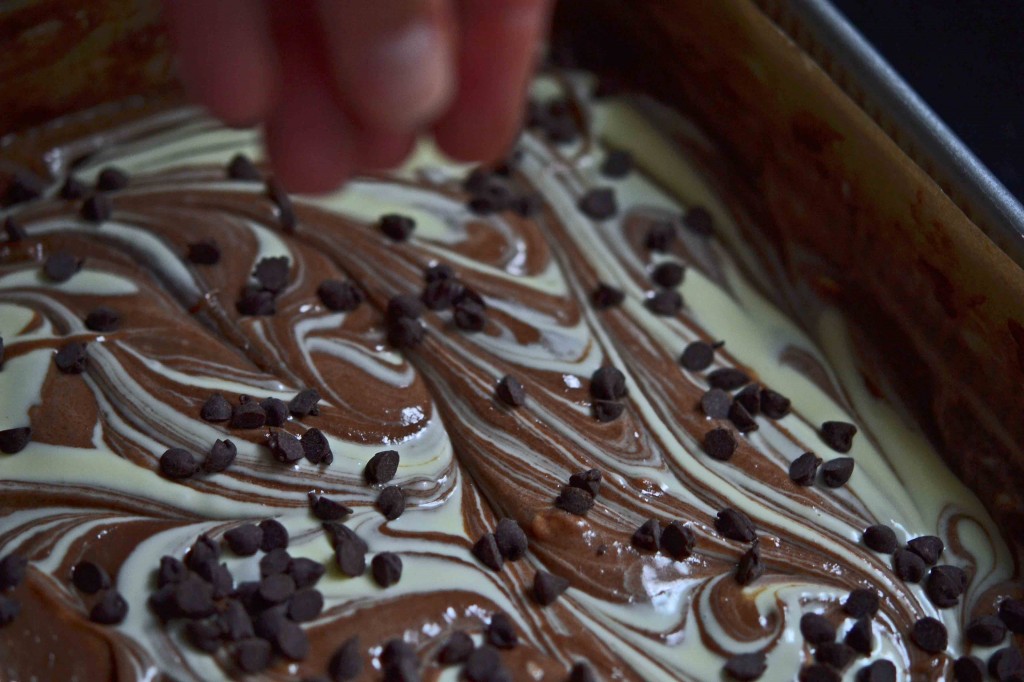 Sprinkle a few mini chips on top, and bake low and slow (325 degrees F for about 30 minutes, give or take). There’s a little bit of bowl accumulation involved in making these brownies, but they’re not at all complicated. I bet even Stella would share one with Paul (and the kids). Everything in moderation, Sir.

P.S. If you haven’t yet, please pick up a copy of My Cookbook. I really appreciate your support, more than you know!