This Dole whip recipe, the pineapple soft serve, has only 2 main ingredients, and it's naturally gluten free and dairy free. Bring a taste of Disney home! 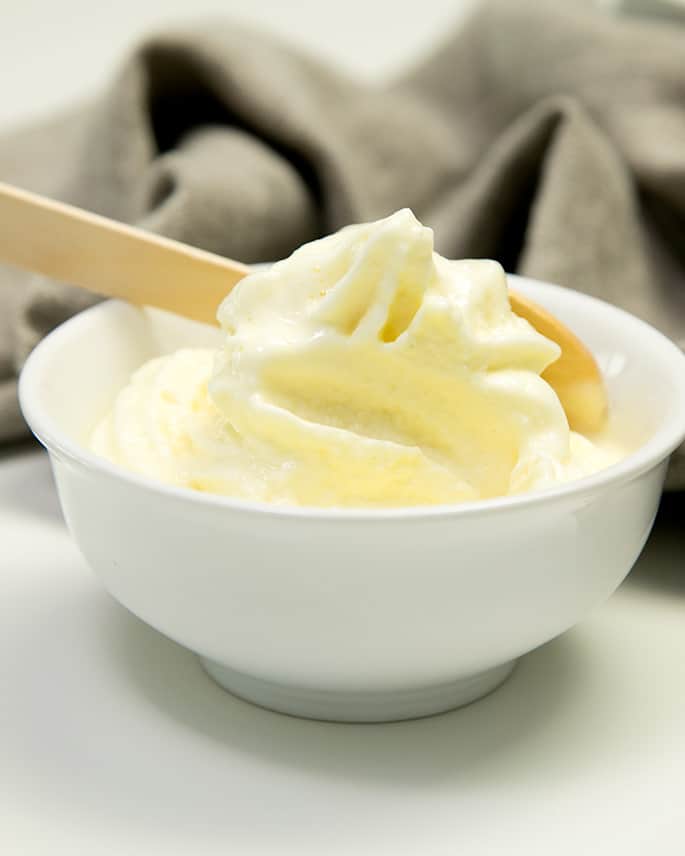 “Oh, I could totally make this at home.”

That's what I said when I went to Disney World with my family last December and we tried the famous Dole Whip. It's been 4 months since that trip, and I'm pleased to announce that I finally put my money where my mouth is.

Disney is pretty great with accommodating a gluten free diet, and the Dole whip was declared safe for my gluten free son. Of course, he was the only one in my family who didn't like it. This is why I will die first.

But everyone else loved it. So it was going to happen, simple as that. This creamy, dreamy pineapple soft serve ice cream would be mine at home. And I would, of course, abide by my favorite rule: no ice cream maker.

How to make soft serve at home

I've been making homemade versions of store-bought (or Disney-bought) treats for so long that I have a process down pat. I always start with the manufacturer's list of ingredients, even if it's super long. I pretty much know which chemicals matter, and which are just preservatives.

I pair that up with my understanding of common cooking ingredients and the general ratios I use for different recipe types, and I'm off and running. It used to take me at least 3 tries before I got anything at all like the original treat. Now, I'm guaranteed at least one failure, but sometimes I start to make real progress by try 2. 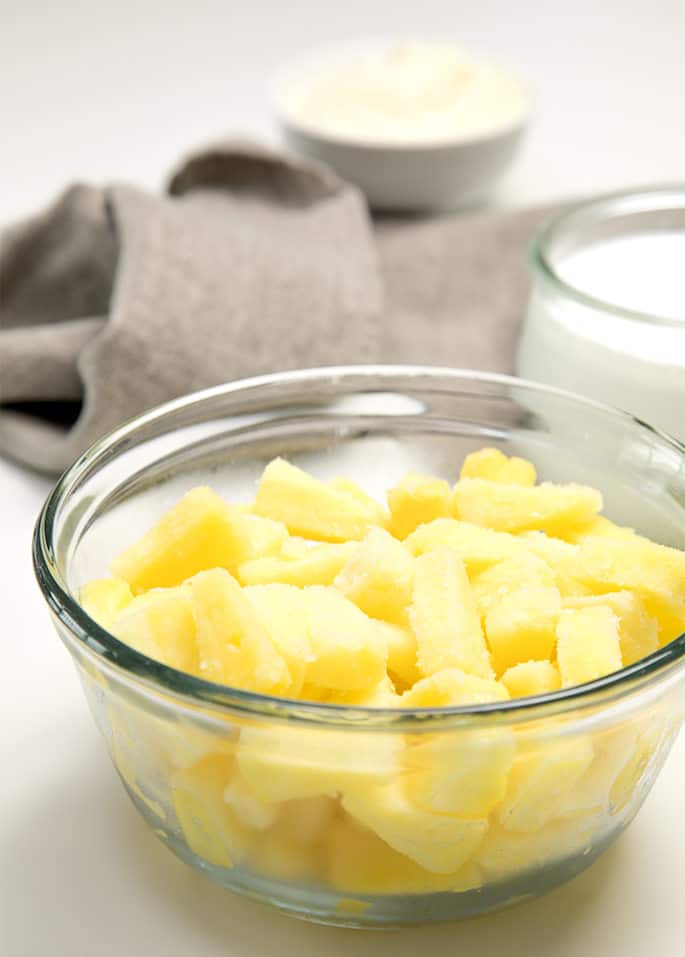 To make this Dole whip recipe, though, the ingredient list is more intense than usual. And even though it's pineapple soft serve, there's nearly no actual pineapple in there. I had a feeling that I could do it better, and with plenty of actual pineapple. 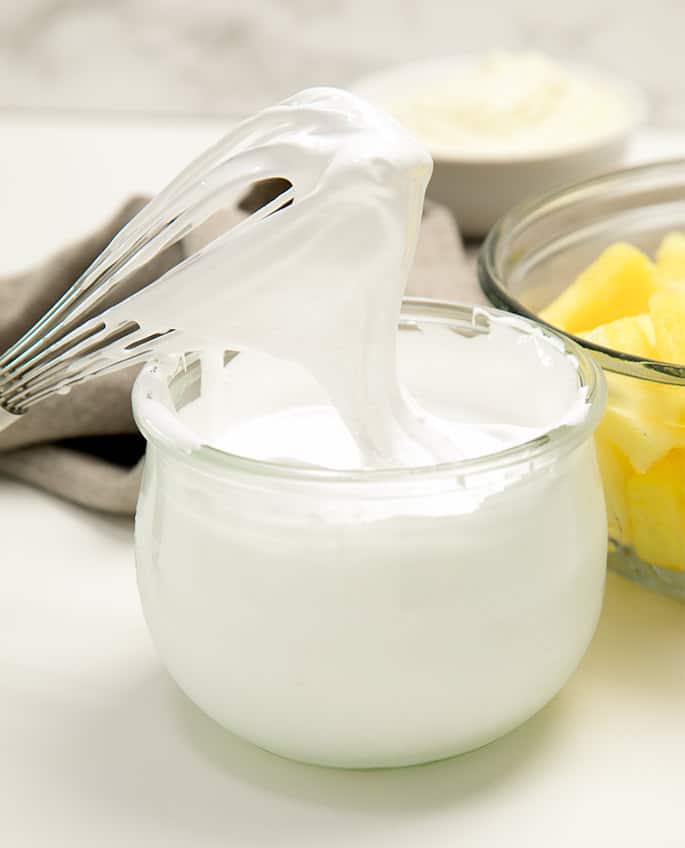 Marshmallow creme as a base

Like my soft serve froyo, this recipe is made with marshmallow creme. Click through that link if you'd like to see a video showing you how to make marshmallow creme yourself from scratch, using mostly just sugar and egg whites.

If you can't have egg whites, I recommend trying aquafaba as your egg white replacement. From what I've read, it works well!

If you'd like to use store-bought marshmallow fluff, that will work just fine. You'll need a full 14-ounce tub. 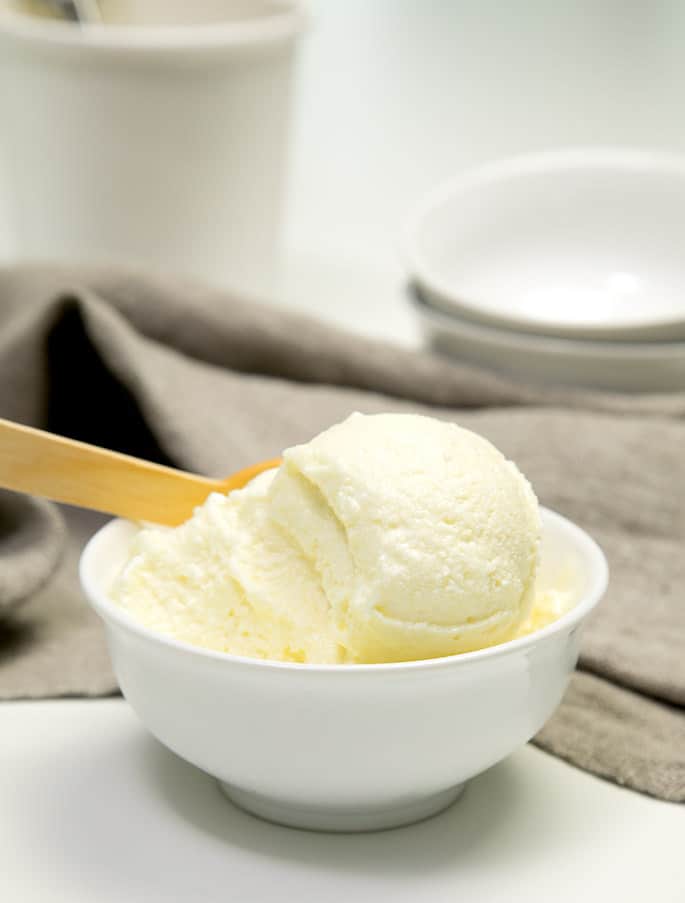 To make it into an incredibly smooth scoopable consistency is kind of the easiest thing in the world. Just pour the mixture into a freezer-safe container with a tight fitting lid and freeze it for about 8 hours. Then scoop away.

If you leave it in the freezer for longer, you'll have to leave the container at room temperature for a few minutes before serving. I've even popped it into the microwave for about 20 seconds to loosen the ice cream a bit. It's not ideal, but it works! 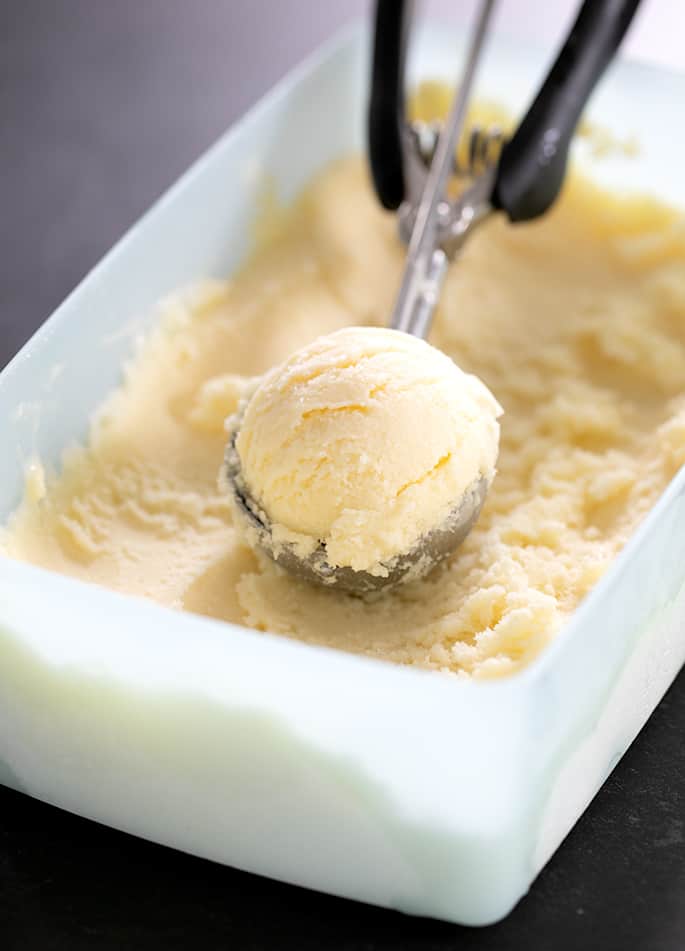 For a soft serve consistency, which is a bit more authentic, you can freeze the mixture in a lidded container and then transfer it to a piping bag or a zip-top bag. I prefer to freeze it in a piping bag that is still sealed.

If you have a wire rack anywhere in your freezer, it's pretty easy to freeze it upright. After just about 3 hours, it's ready to pipe.

Either way, the important thing … is that I made good on my bragging. I did totally make a Dole whip recipe at home. And everyone except for my pineapple-hating son is giddy with excitement! 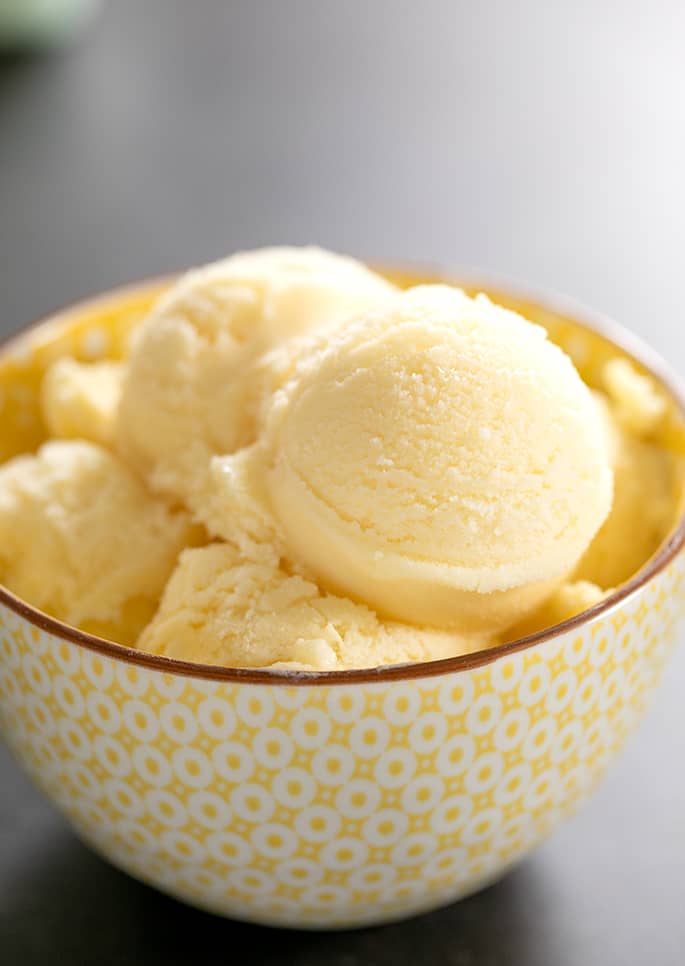