There are only 5 ingredients (including water!) in this simple recipe for homemade marshmallow creme, the soft, spreadable fluff that makes the best fudge, and even no churn ice cream. 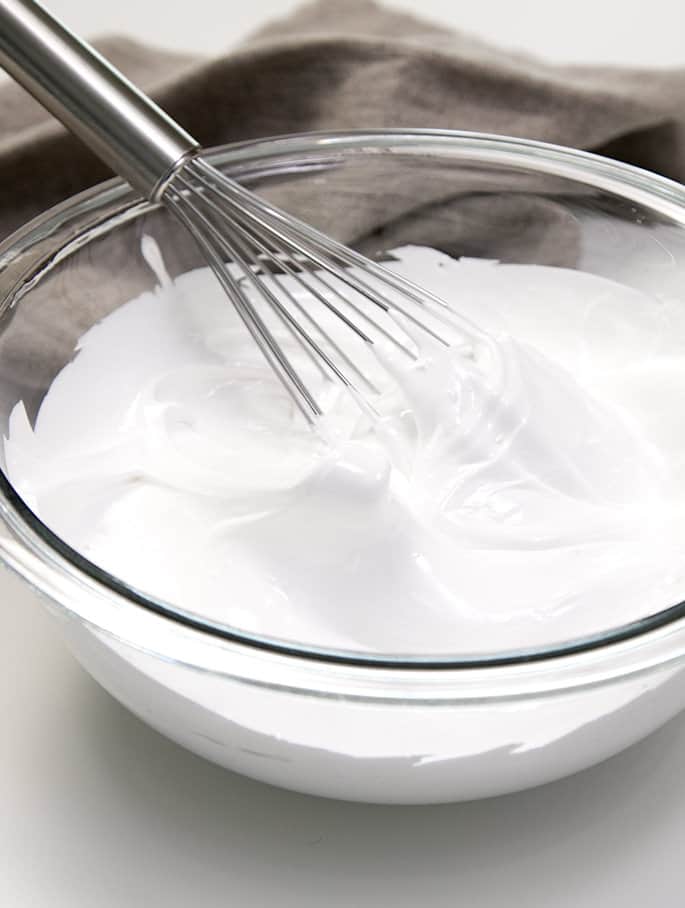 I was never the biggest fan of straight-up marshmallows unless they were on the edge of a stick and kind of burnt.? But marshmallow creme is an entirely different story. It was nearly summer 2013 when I first realized that not only could I make my own homemade version, and I haven't looked back ever since.

Marshmallow creme is sort of like marshmallows, but the stabilizer is egg whites instead of gelatin. It has a nice, light texture and flavor, and it's positively delicious when served over cake or ice cream.

What do you do with it?

Even more fun than just serving marshmallow creme as a topping is using it to make fudge in that old-fashioned sort of style, but without the terrifying precision that usually requires (do you keep stirring after it's shiny, or do you have to make sure it doesn't shine? I can never get it right!).

It also makes the absolute best Pinkberry-style no churn frozen yogurt. All you have to do is mix the fluff with Greek-style yogurt. Nondairy yogurt even works, as long as it's thick enough. And it's perfect as one of only two ingredients in my Dole Whip recipe.

Try mixing your homemade marshmallow creme with coconut creme and a few other goodies and you've got yourself some no churn dairy free rocky road ice cream. 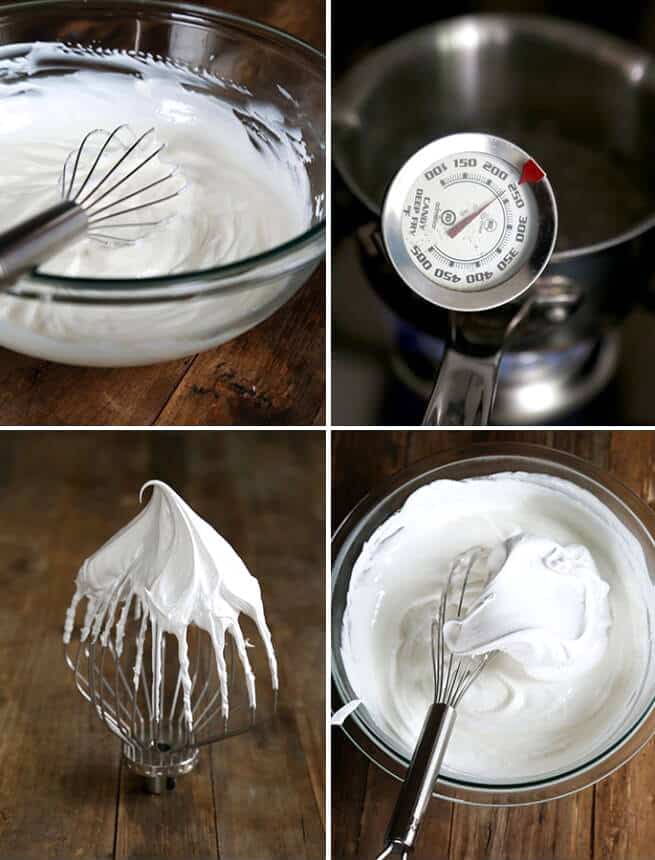 If you're afraid to cook sugar, like, at all, you should know a few things. First, this recipe is the perfect place to start.

Cooking sugar dry, without any added water or stabilizers like cream of tartar, is what often leads to burnt sugar. Here, we're using both water and cream of tartar.

Second, an instant-read thermometer isn't strictly necessary for cooking sugar, although you can get a thermometer like that from any kitchen supply store and most hardware stores, and it does make the whole process much simpler and more reliable. You can always go old-school with the water tests.

Finally, if you ever do burn sugar, it is so easy to clean, although it may not seem that way at first. Just remember that the best way to dissolve sugar, whether it's burnt or just cooked, is with water.

Soak your pot and utensils in some warm water, and watch the cooked (or burnt!) sugar wash away. I promise. 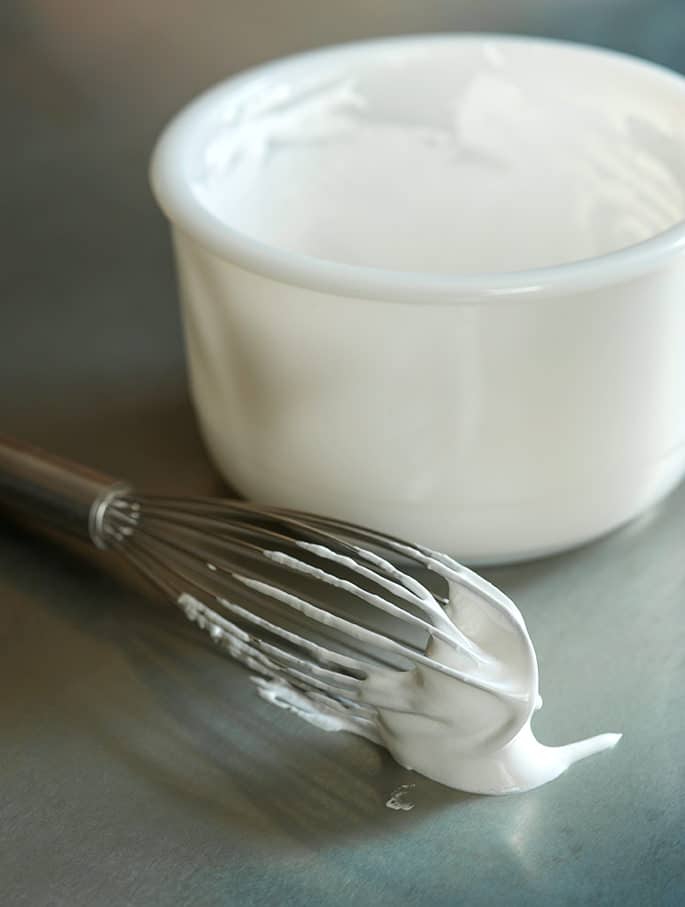 I think you'll love the flavor and versatility of homemade marshmallow creme. Even if you aren't afflicted with a sugar deficiency like my poor, suffering grandmother. ?

My grandmother used to tell us that she was born with sugar deficiency, and she had to spend the rest of her life making up for it. It seems that she had her work cut out for her.

Grandma always had a tub of marshmallow creme (or marshmallow fluff, which I guess is the brand name when you buy it) in the pantry, and I'm fairly certain that she simply ate the stuff off a spoon without apology.

I wonder if she'd be proud to see me making my own version of the stuff in the tub. If only she were here to watch me make it with my own two hands… 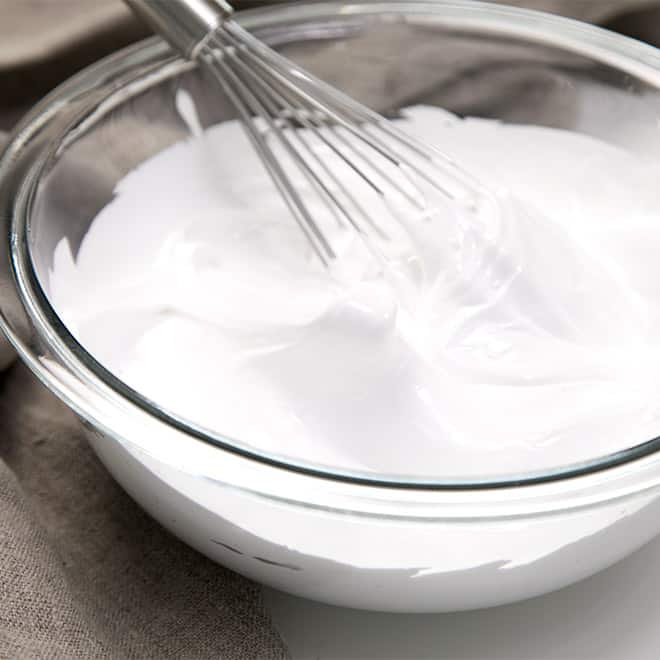