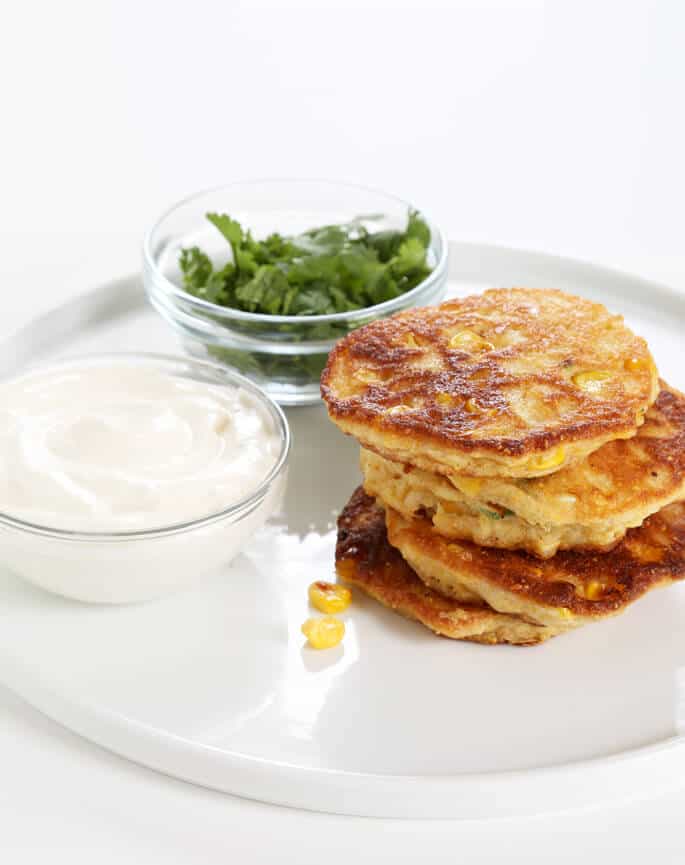 In the summertime, when the corn is in season and every grocery store worth its salt not only has mountains of ears but a trash can set next to the corn for shucking right there in the store (love that!), the corn kernels don't need to be cooked at all not one bit. They can be cut off the cob and eaten raw with a bit of salt and a pat of butter, tossed into salads—or made into these fresh savory gluten free corn cakes.

You can whip up these little cakes in mere minutes. Plus, they're a great side dish or even a lovely breakfast-for-dinner sort of situation with a fried egg on top. 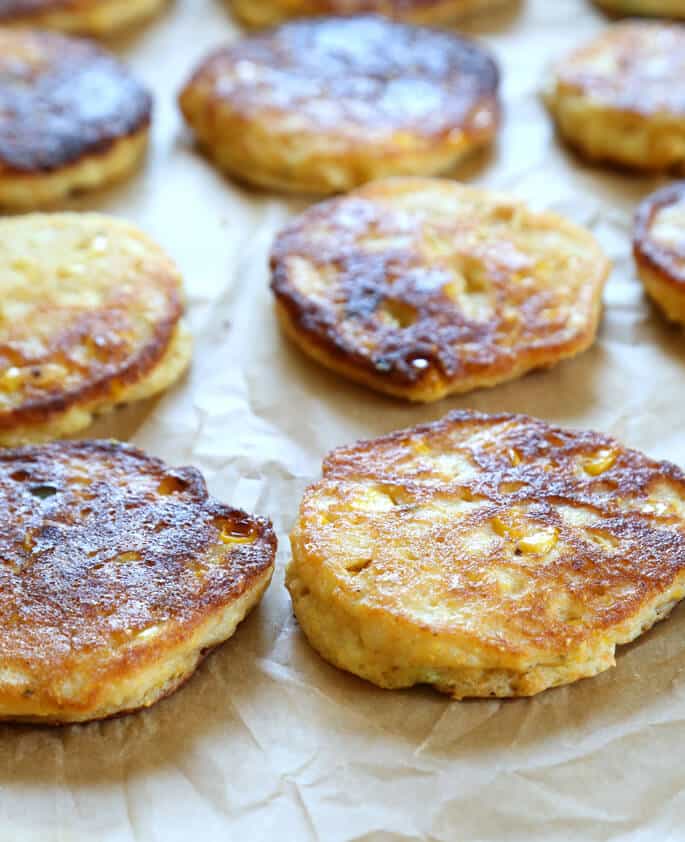 When corn isn't in season, try making them with frozen corn kernels. Don't defrost the kernels, though, or they'll become too wet.

If you fold them into the batter when they're still frozen, the extra moisture evaporates during cooking rather than making the corn cakes soggy. It works! 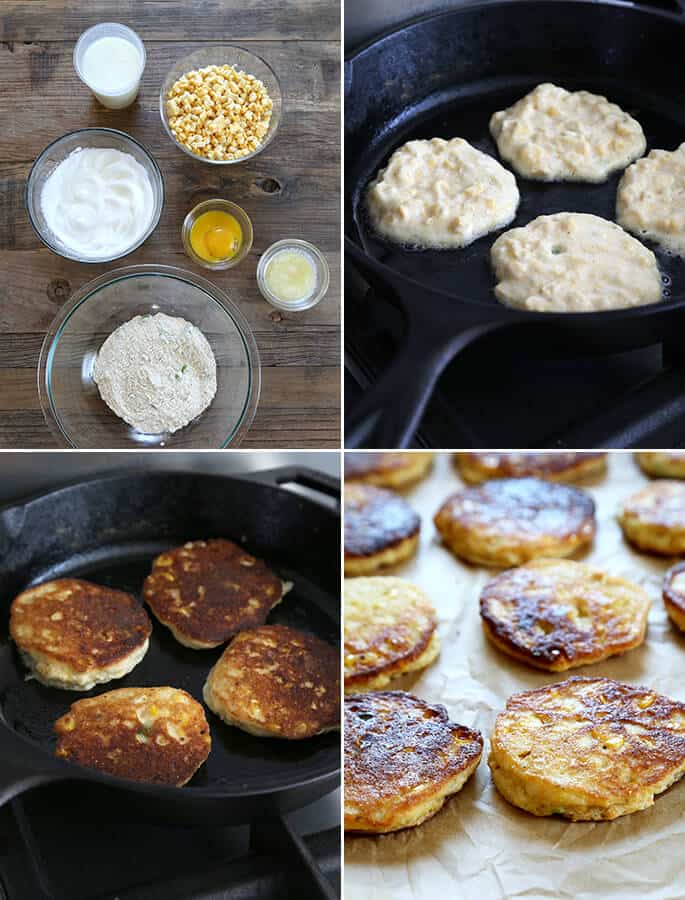 I know it can be a wee bit of a pain to separate the eggs and whip the whites before folding them into the batter, but it only takes a moment and really does give the corn cakes a really nice lightness and fluffiness. 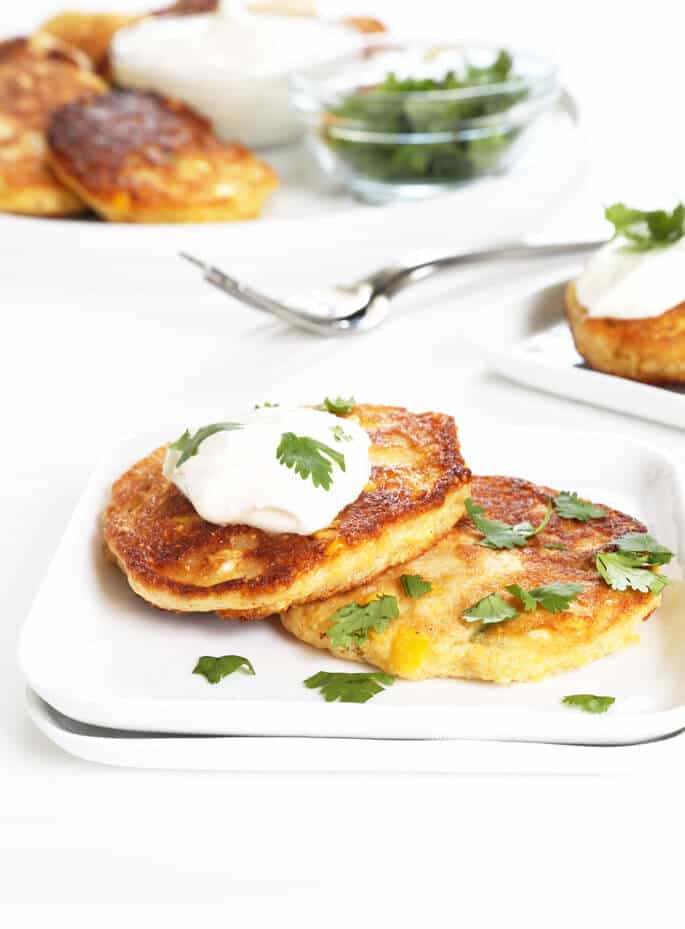 Everyone in my family loves corn, but I rarely serve corn on the cob because the manner in which my husband eats it (like a typewriter!) makes me inexplicably furious. These fresh savory gluten free corn cakes are a great way to highlight the freshest corn of the year—without doing anything I'll live to regret to my poor husband.

If you have any popping corn kernels, try this Foolproof Stove-Top Popcorn recipe from Katie of Healthy Seasonal Recipes.

*When corn is not in season, use an equal amount of frozen corn but do not defrost before folding it into the batter and cooking.