For the creamiest no bake cheesecake, combine homemade marshmallows with cream cheese and whipped cream. If you've wondered, marshmallows are gluten free! 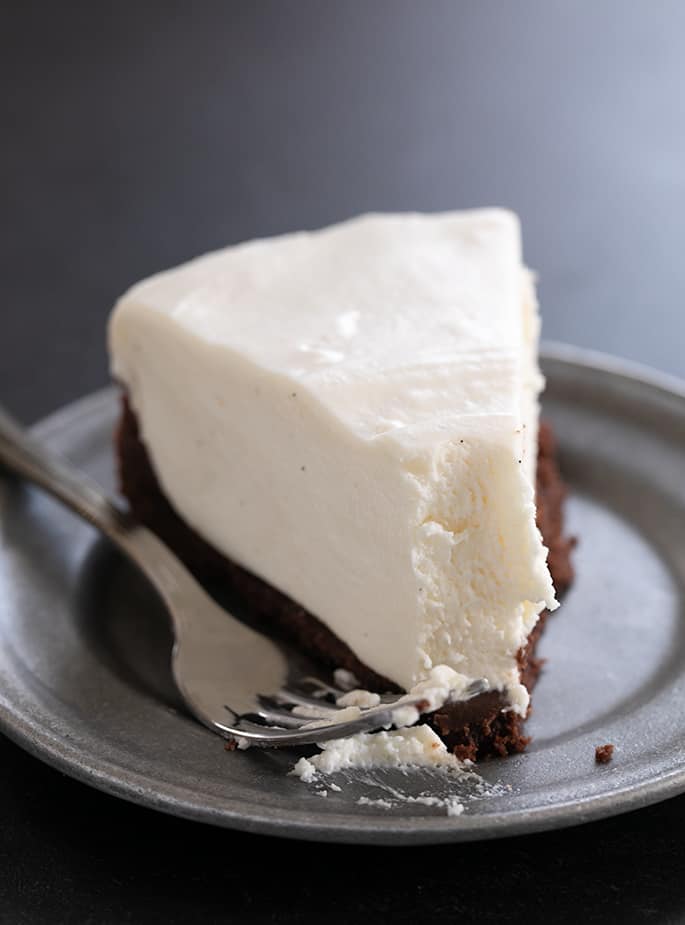 Using homemade marshmallows as a base, you can make an amazing no bake cheesecake with an impossibly creamy texture. It tastes similar to our marshmallow ice cream, but it's not frozen and tastes like the best cheesecake.

The little flecks are vanilla because I added the beans from inside a vanilla pod, but regular vanilla extract adds plenty of flavor. The cheesecake keeps for days in the refrigerator, and is even stable at cool room temperature.

The crust is a simple no bake graham cracker crust, but you can use any type of crunchy cookie, crushed in a blender or food processor (or even by hand). I used my gluten free chocolate graham cracker recipe, but I've also used gluten free Joe Joe's. 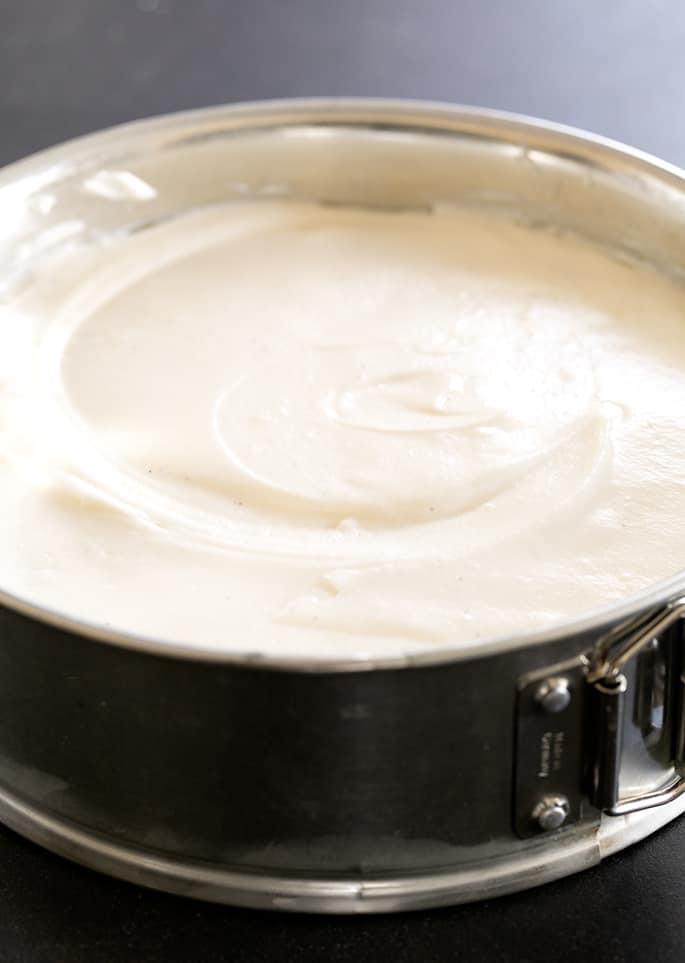 What you can make with homemade marshmallows?

Made from essentially nothing more than gelatin and cooked sugar, have additives that are gluten-containing, all marshmallows are gluten free quite naturally. I often buy Jet Puffed marshmallows by Kraft, and they don't contain any form of gluten. Campfire brand is also gluten free.

There are also a number of fancy brands of marshmallows, and they are often gluten free. Just check the package to be sure!

Can you use packaged marshmallows in this recipe?

If you'd like to try, I'd recommend beginning with no more than half the recipe. First, melt down packaged marshmallows (make sure they're soft and fresh), then add whipped cream cheese and fold in cold fresh whipped cream. You'll have to play with the amount of each ingredient.

If you can't have gelatin, you may want to try making this with either store-bought or even homemade marshmallow creme in place of the marshmallow mixture, which has egg whites, not gelatin. 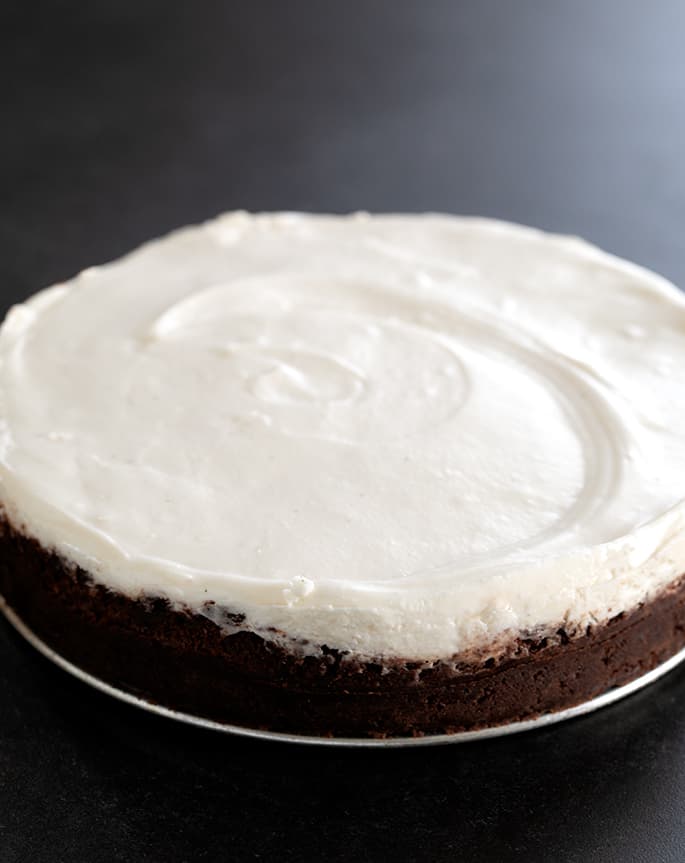 In addition to this “ingredients and substitutions” section, which is in every blog post, I've created a page called Baking With Limits to help you decide what you can bake if you are missing certain basic ingredients. It's a new resource on the blog, and I hope it's helpful.

This no bake cheesecake is made with marshmallows as a base, which essentially stands in for eggs in a classic cheesecake. That makes this recipe naturally egg-free. The good news for additional allergens may end there, though…

Dairy: I'm afraid I don't recommend trying to make this dairy-free. You may be able to replace the heavy whipping cream with coconut cream. Cream cheese is another matter entirely.

Gelatin: I use Great Lakes brand unflavored grass-fed gelatin because, well, I like it a lot and can buy it in large quantities for a good price. I try to sneak as much of it into my children’s diet as possible because of its health benefits.

Any unflavored powdered gelatin will work just fine. 1 packet of Knox gelatin is approximately 8 grams. There is a way to make marshmallows with a vegan alternative, but that would be a different recipe and a different skill I don't have.

Cream of tartar: Cream of tartar helps to keep sugar from crystallizing during cooking. If you don't have it, you can add about a tablespoon of corn syrup or Lyle's golden syrup, both invert sugars, to the sugar as it cooks for the same result. 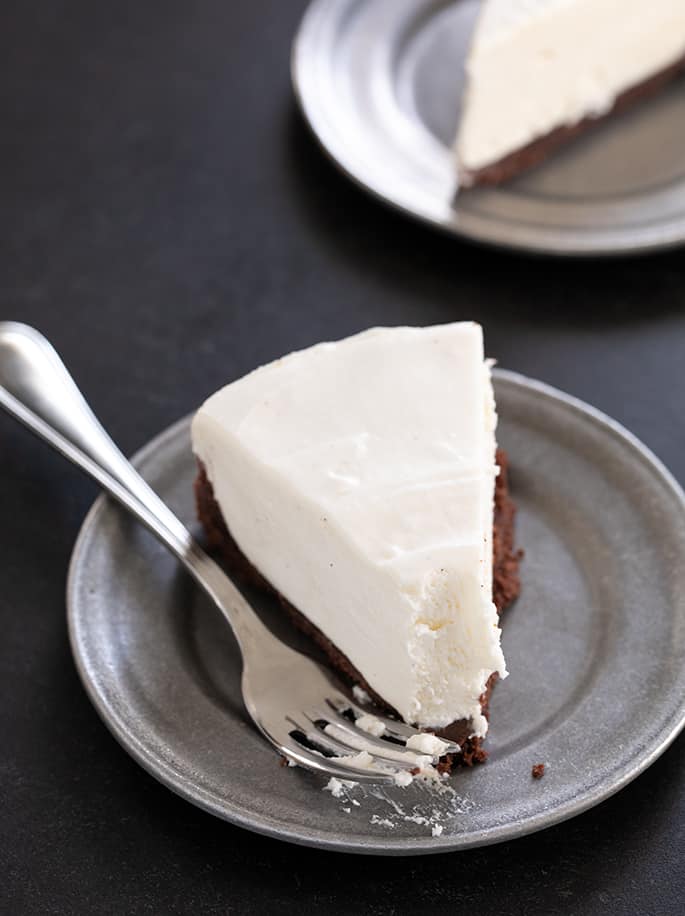 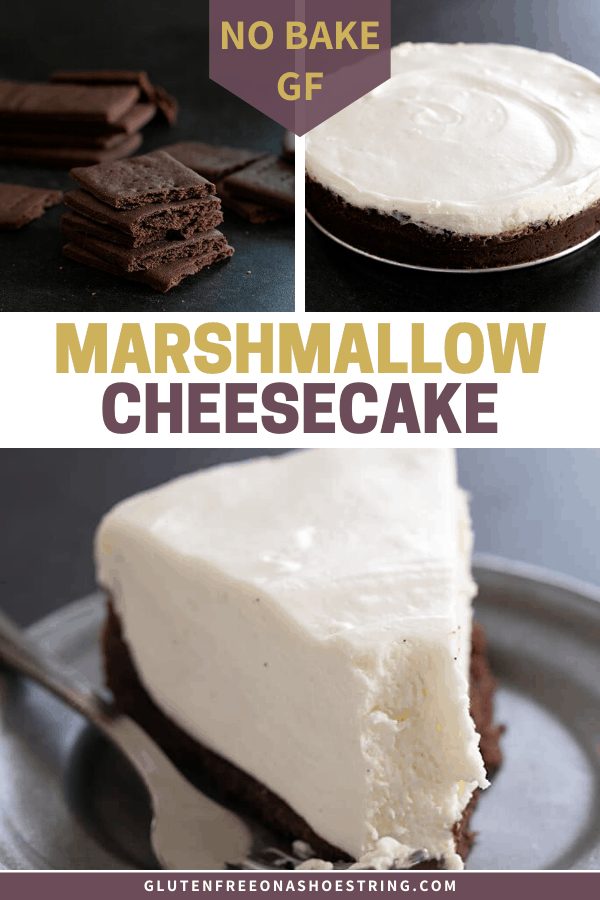 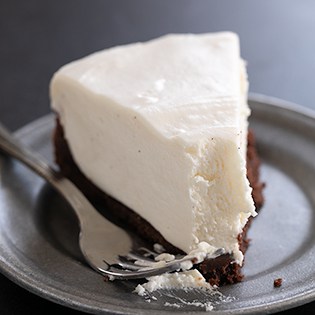 Beans from half a vanilla pod (optional)