This warm gluten free pasta salad is made for lazy evenings. Assemble the vegetables and cheese in the morning, add just-boiled pasta, and dinner is served. 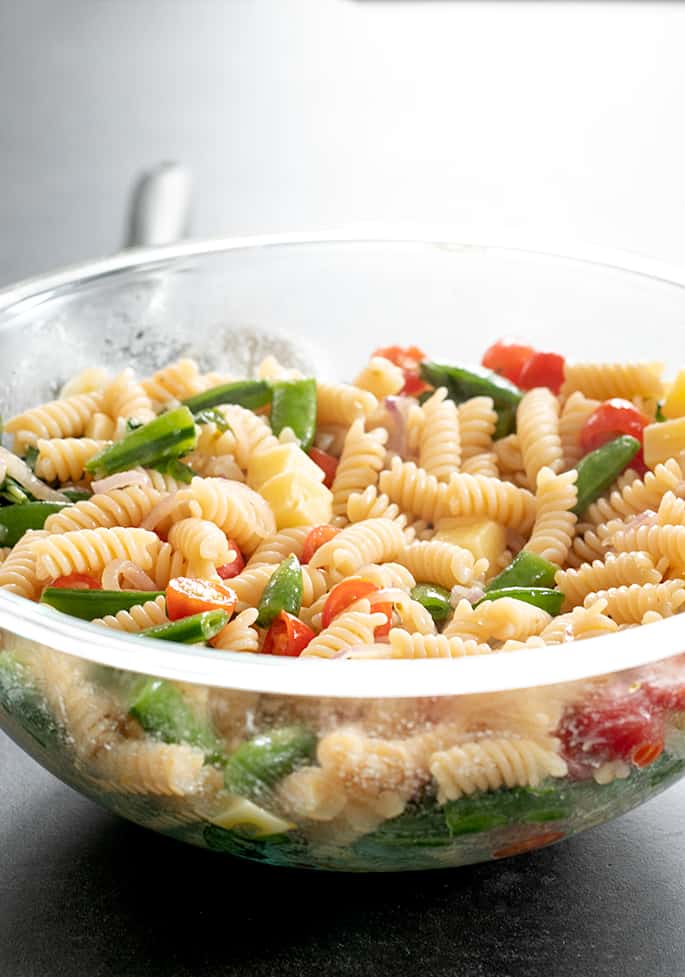 I made the easiest, laziest and tastiest warm gluten free pasta salad ever. No oven required, and you barely have to plan ahead.

The only heat involved is enough to boil pasta. The rest pretty much takes care of itself. You assemble the cheese, tomatoes, diced red onion, sugar snap pea and basil mixture ahead of time.

When it’s dinner time, you boil the pasta, drain it, and toss it right on top. Give it a quick stir, and dinner is served. 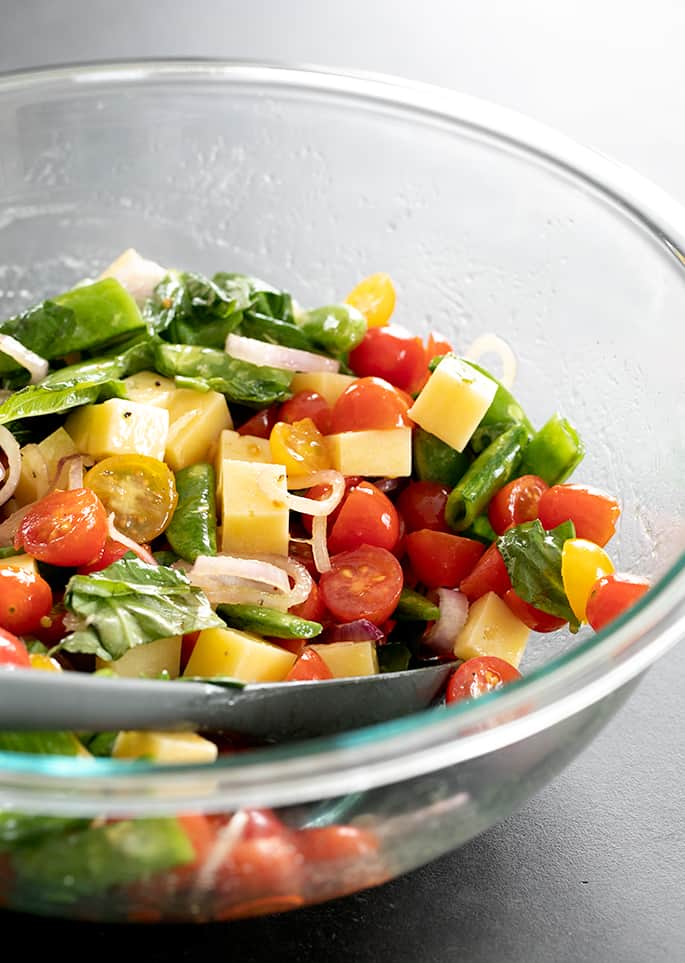 Make it even further ahead of time

This makes the quickest meal ever if you prepare the tomato-basil mixture ahead of time, and boil the pasta water ahead of time. Once the water has boiled, turn off the heat and allow it to sit, covered, until you are ready to use it.

The water in the pot will retain quite a bit of heat. When are you ready to serve dinner, just turn on the flame again under the pot.

You’ll be amazed how much heat was retained by the water in the pot, and how quickly it returns to a boil. Dinner in a flash. 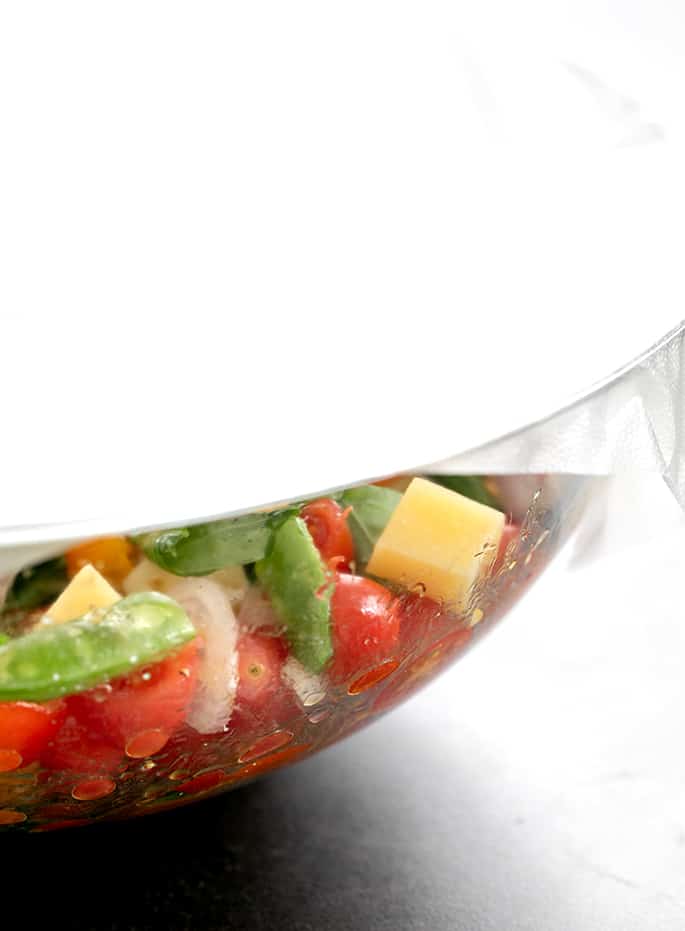 The cubed semi-hard cheese in this pasta salad kind of makes the dish, but if you’re dairy free you can of course still make it. You can either leave out the cheese entirely, or use Violife brand nondairy cheese, which comes in blocks that can be cubed.

If you use a nondairy cheese like Violife, it won’t melt in the same way when you add the warm pasta. But it will still have that cheesy flavor and a similar texture.

Since you’re not cooking the onions here, you need an onion that is mild flavored even when mostly raw. The acid in the tomatoes does break down the onions a bit as the vegetables marinate, though.

I’ve used both red onions and scallions in this dish. I actually like them both equally. If you can’t have onions, but you can have garlic, try adding finely minced garlic instead. 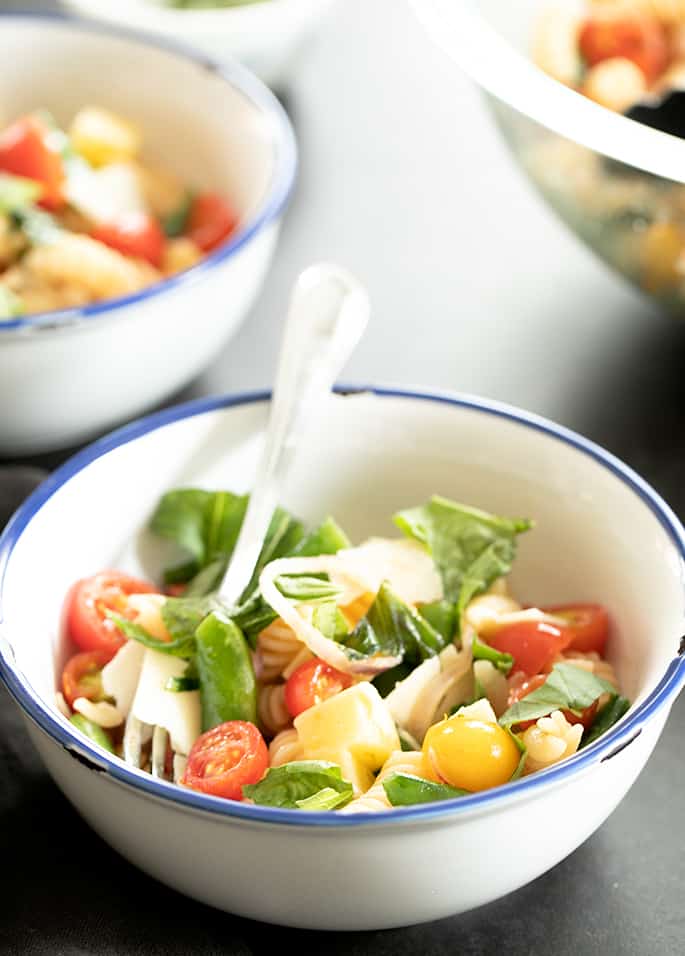 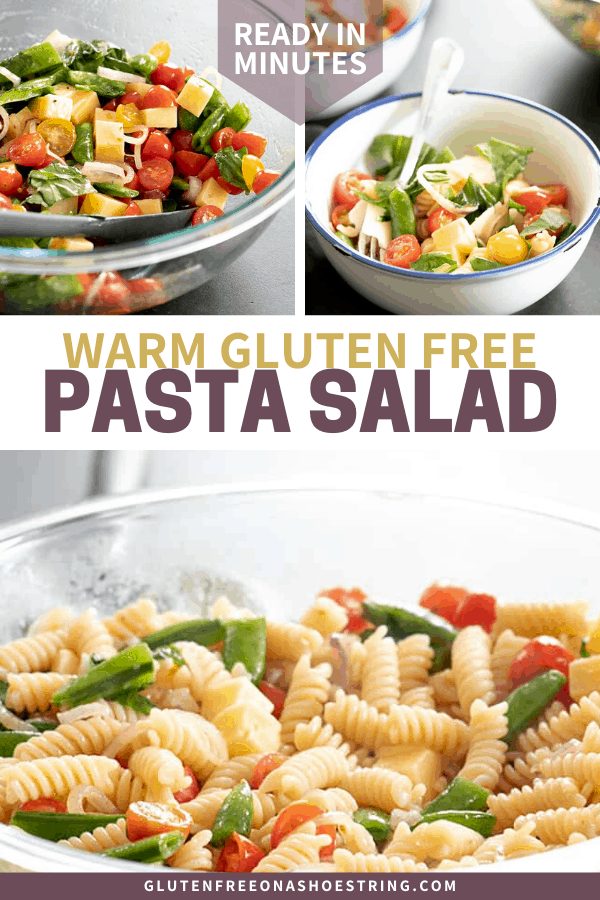 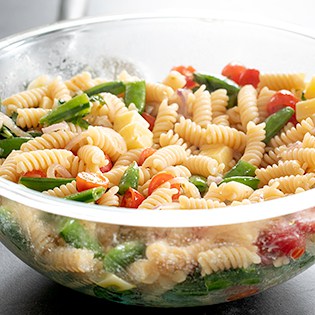 1/2 pound semi-firm to firm cheese, like havarti or asiago, cubed 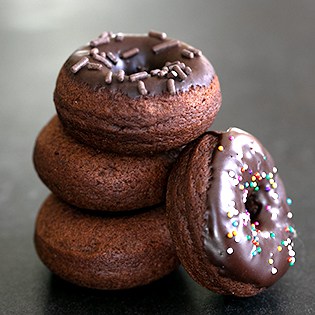 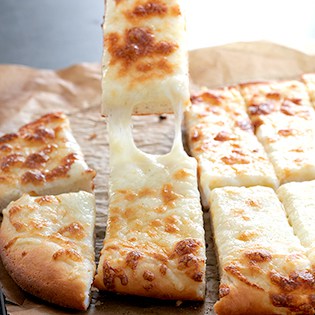 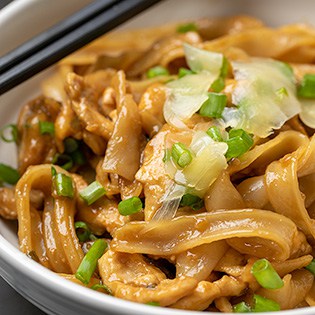