Smooth and creamy dairy free ice cream made from coconut milk, sugar, and just a touch of powdered gelatin. That's the secret ingredient that makes it perfect—even though it's no churn. 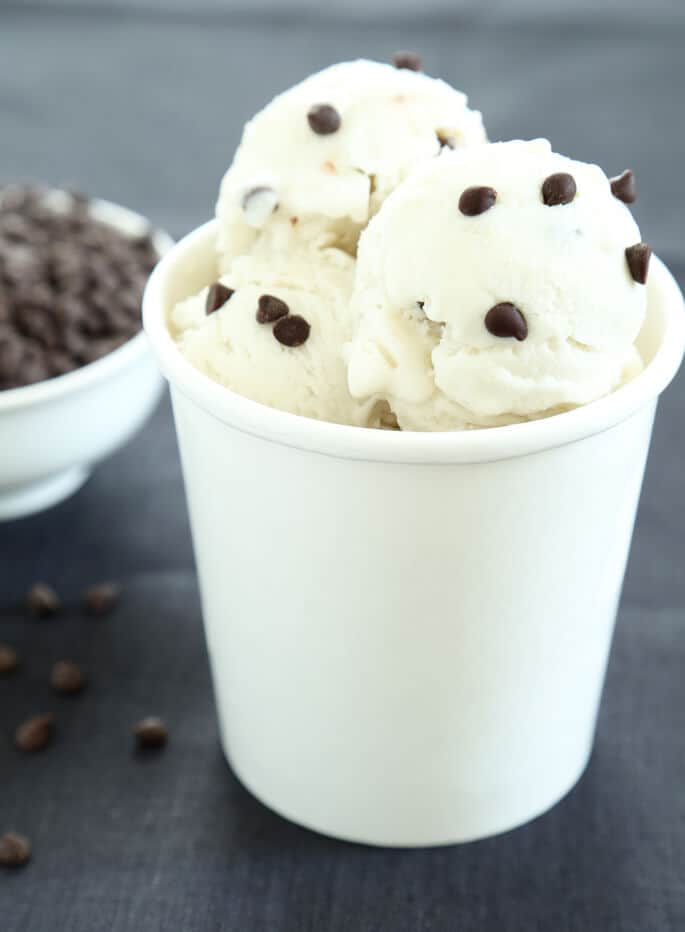 I love to make homemade ice cream, and mostly without the ice cream machine that I own but never really use. But until this recipe, it was all dairy-full.

Since I know some of you are dairy free, I put my nose to the grindstone and finally, at great long last, I present: Gluten Free Dairy Free Ice Cream with no machine! Plus—no mixing it every 30 minutes or something (how is that fun?). And it's still smooth & creamy & scoop-able. 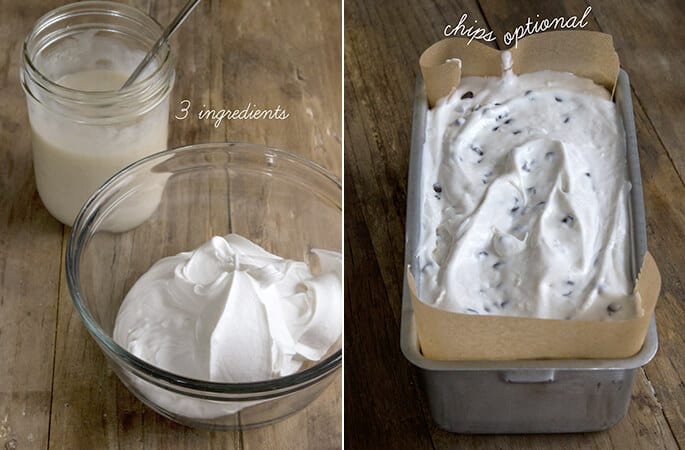 Even though you only see two ingredients shown here, it says “3 ingredients” right there in the photo. There are, indeed, 3 essential ingredients.

There are 2 more optional ingredients in the recipe below, but they are truly optional. Oh, and yes, it does taste faintly of coconut. It's made almost entirely of coconut milk, made this way and that way, silly!

For a sugar-free version of no churn ice cream, this recipe for Sugar-Free Low Carb Ice Cream from Wholesome Yum looks like a sure thing. For dairy free, try using coconut cream in place of heavy cream. 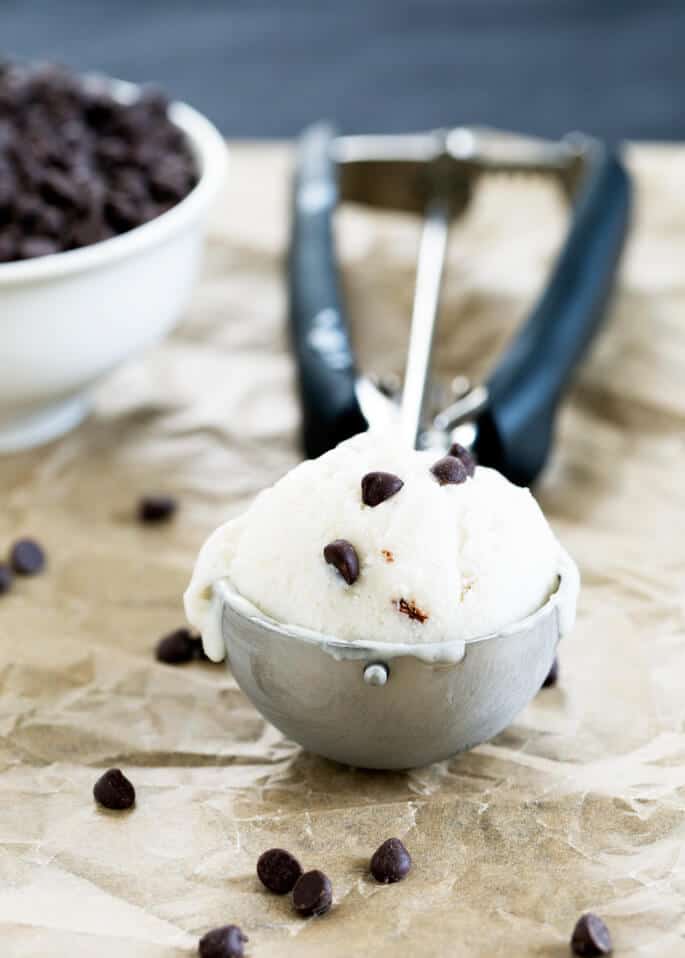 Of course, I could have just used the ice cream machine, but that is just.no.fun. As soon as I mixed up the final goods that you see here, even before it was frozen, I knew. Like you know success when you've already failed miserably 5 separate times over the course of 3 months. I knew.

But as soon as I mixed up the final goods that you see here, even before it was frozen, I knew. Like you know success when you've already failed miserably 5 separate times over the course of 3 months. I knew.

This may have indeed become my true love favorite gluten free ice cream. So whether you can have dairy or not, this smooth and creamy homemade ice cream are going to become a family favorite. Oh, and please do add the gelatin. If you omit it, the ice cream really doesn't scoop and it is icy as can be. You can replace the gelatin with some

You can replace the gelatin with some gluten free potato vodka, but it just won't be as creamy. And of course, then it becomes an adults-only treat. (not that there's anything wrong with that.)

**The gelatin is what keeps the ice cream from being too, well, icy. You can substitute 1 tablespoon of gluten free vodka for a similar result, but then it becomes an adults-only treat (and the vodka doesn’t work quite as well).