These vegan black bean brownies are rich, fudgy and chocolatey but not too sweet. They're also made with applesauce, less sugar, and not a lot of fat. 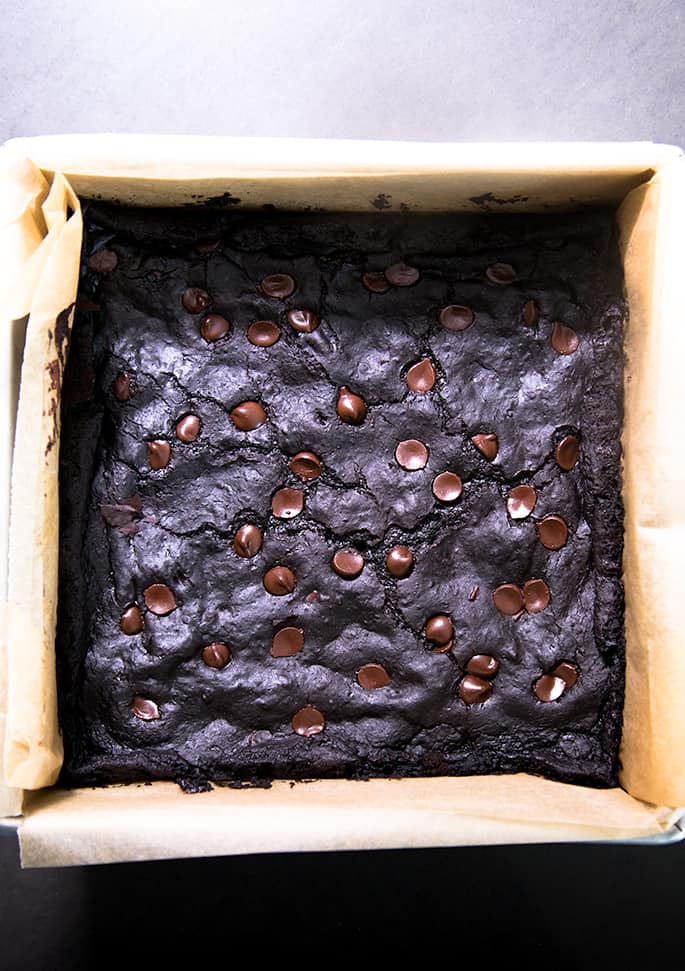 My original recipe for black bean brownies (one of the most popular recipes on this entire website!) relies heavily on two eggs in the batter for much of the structure that isn't being provided by any sort of flour. Black beans provide a “base,” but not really much structure.

Those brownies are a true family favorite, and I generally feel pretty good about serving them to my family. I'd say they're healthy-ish. They don't have a ton of fat (just 1/4 cup of oil), and black beans are high in fiber and protein. And since they're even a “zero SmartPoint” food on Weight Watchers, that means that a recipe for black bean brownies should be able to be made Weight Watchers-friendly, too.

Since I've been posting more low carb recipes, I've gotten a lot of great feedback from both readers on Weight Watchers, those with diabetes–and just readers in general who appreciate a good-for-you food that still tastes great.

So instead of just making these vegan black bean brownies with a new-to-me egg replacement, I also made them lower sugar and lower fat so they're actually Weight Watchers-friendly. Cut into 9 portions, each brownie is 6 SmartPoints; cut into 12 portions, the value is 5 SmartPoints. If I were you, I'd go with the larger brownie for 1 measly extra point. ?

I had expected the recipe to be lower in carbohydrates in general, but found that black beans aren't as low in carbs as I had expected. Since they do have quite a lot of fiber, though, the net carbs are relatively low. 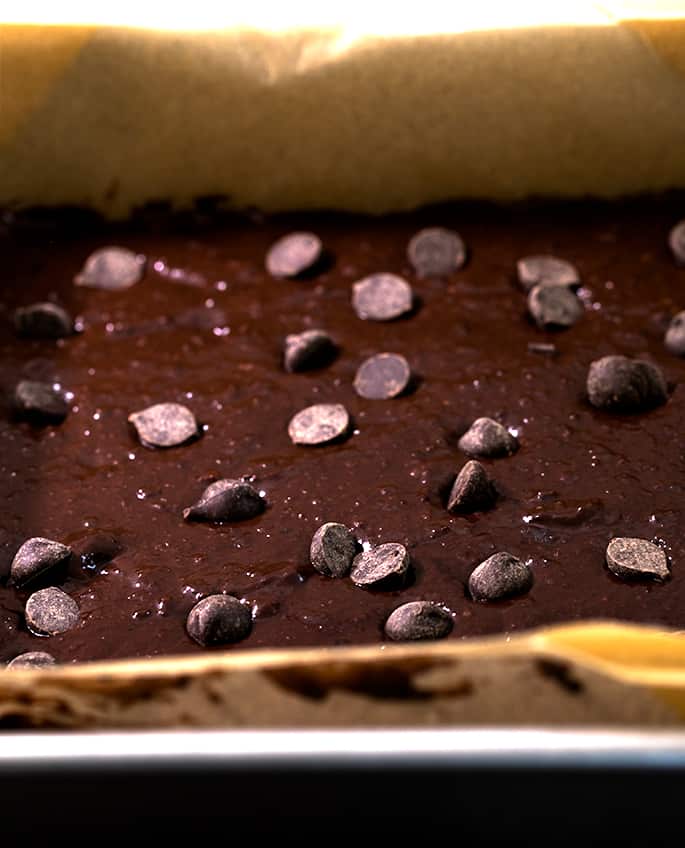 I have long said that I really don't care for “flax eggs” as an egg-replacer since flax seeds have a really strong flavor (which, in fact, they do). Instead, I have tended to recommend a “chia egg” slurry, which is just 1 tablespoon of ground chia seeds + 1 tablespoon of lukewarm water, mixed and allowed to gel. It's okay, but it's definitely not great as egg-replacer.

But ever since one sweet reader (hi, Judy!) brought “boiled flax gel” to my attention as a better alternative egg replacement, I've been super curious. The idea is to boil whole flax seeds to separate their gelatinous portion (ew?) from the rest of the seed, and use just the gel in baking.

I recommend at least beginning with golden flax seeds for a sure-thing. And be sure only to boil until the mixture becomes gelatinous (which I found took closer to 7 minutes at a true low boil), or again separating the gel from the seeds will become very difficult.

When baking with boiled flax gel, I have found that you really do need to rebalance the moisture in the recipe. In my limited experience, flax gel provides more moisture than eggs do without adding as much structure. That means more flax gel is necessary, the resulting batter will need to be baked longer—and the baked goods will be fudgier and less cake-like. 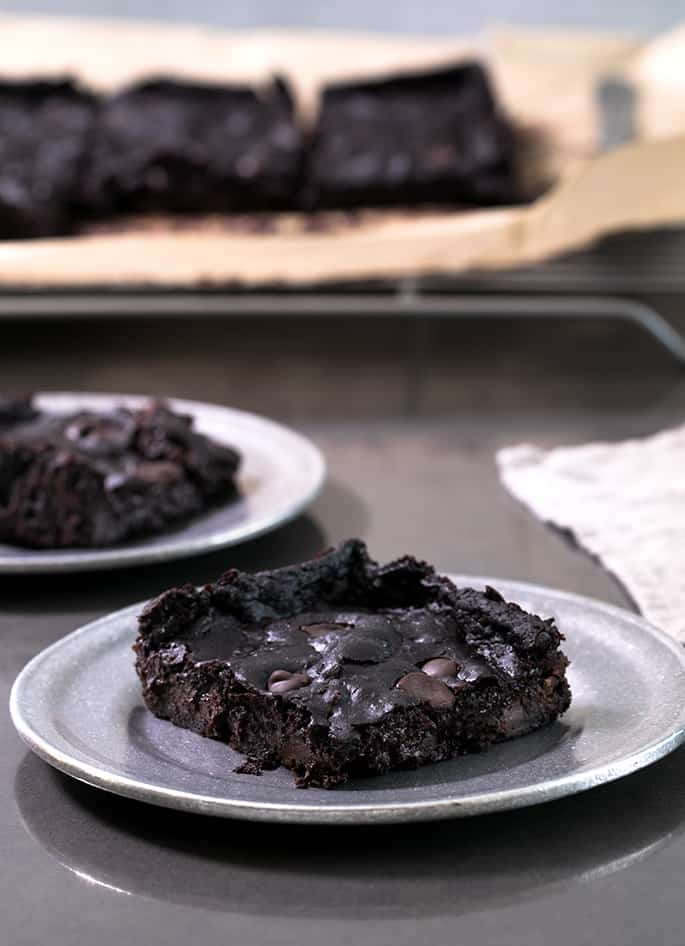 Other ingredients and substitutions

Dairy-Free/Egg-Free: It's a vegan recipe, so it's already dairy-free and egg-free! ?

Egg-full but still lower sugar: How about this one? If you want to make my original recipe for black bean brownies with eggs but just lower carb and more Weight-Watchers friendly, you can make the following adjustments to the original recipe. Each of 9 brownies will have a 4 SmartPoints value:

Sugar/sugar-free: You can't replace the light brown sugar with a liquid sugar, but you should probably be able to replace it with coconut palm sugar. For a sugar-free replacement, try Swerve brown sugar replacement. Swerve tends to leave baked goods a bit dryer than normal, so I’d recommend adding some more moisture in the form of brewed coffee to get the batter to the proper consistency before baking.

Chocolate-free: Hahaha just kidding. Sometimes, it's easy to get carried away with substitutions, like expecting a recipe for brownies to be made, well, not brown/chocolate. I have, however, been working on a recipe for flourless blonde brownies made with white beans as a base, but it's crazy hard. Stay tuned!

Just push play ▶ on the video below, and watch me make these brownies. Then make your own! 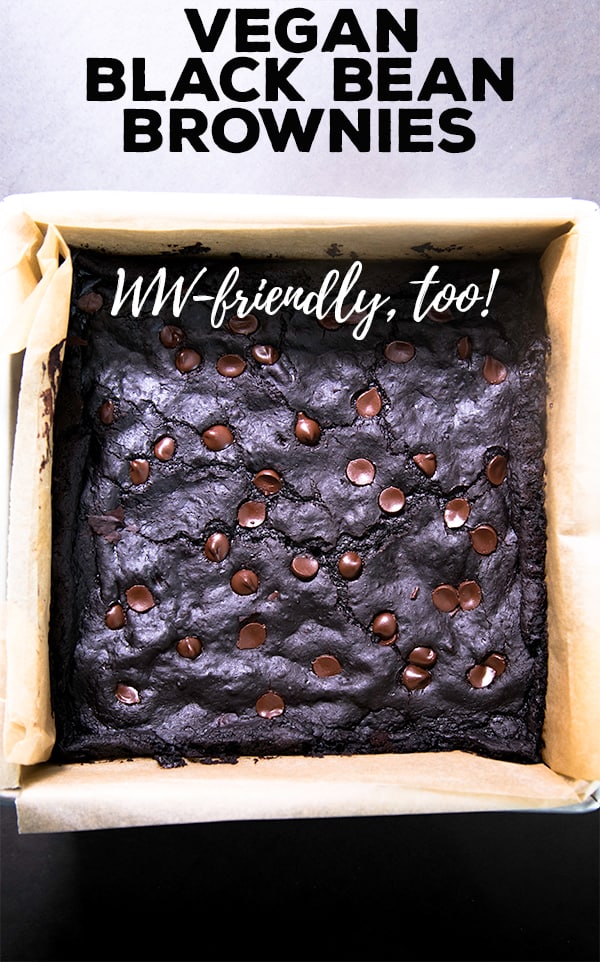 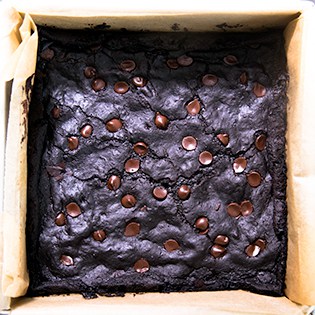