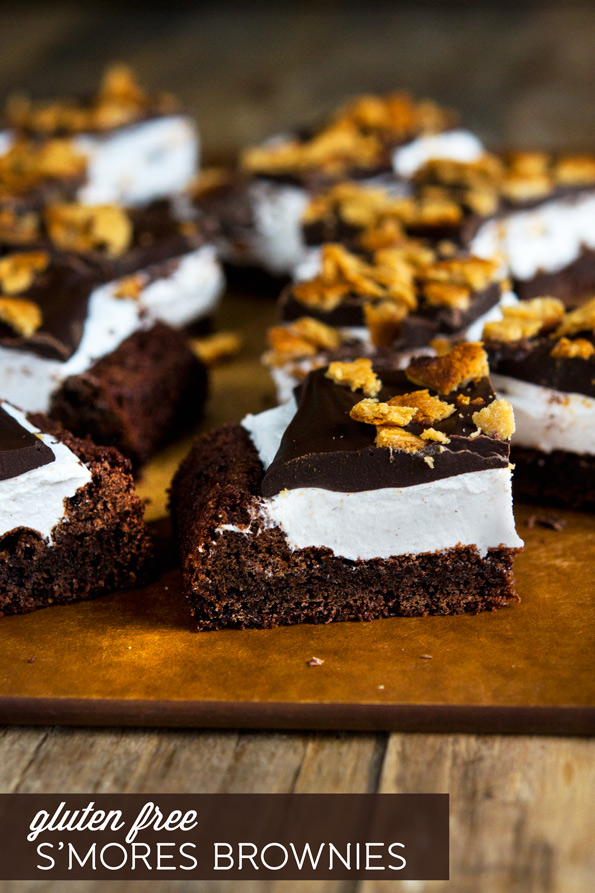 [pinit]We’ve talked about gluten free s’mores before, but not for a while. You see, I adore the flavor combo of s’mores, but I’m just not that excited about biting into something that, well, doesn’t want to be bitten. Your basic s’mores do not want to be bitten. Even when the marshmallows and chocolate are all melty and gorgeous, the graham crackers have other ideas. But summer’s here, and s’mores are an essential part of it. I think you know where I’m going with this. Yes? 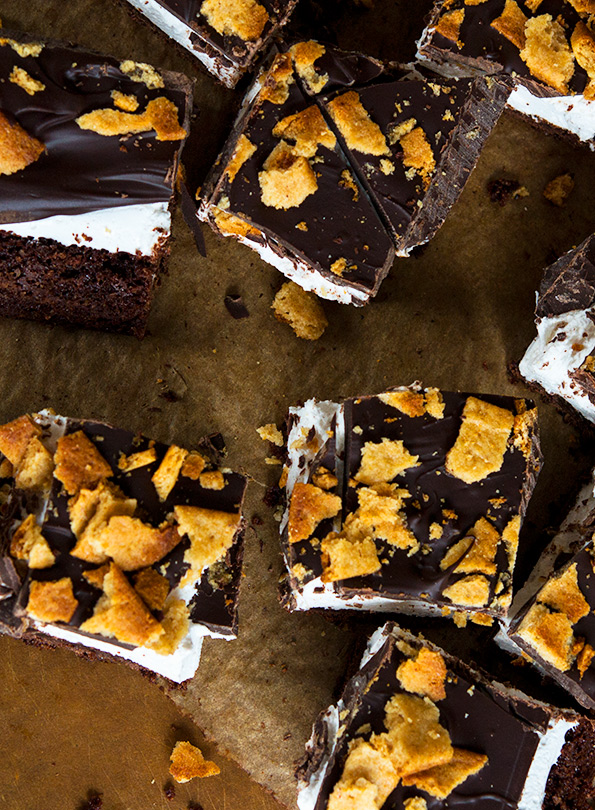 S’mores brownies do not suffer from this sort of biting resistance. The soft brownie layer was clearly made for biting (big news). 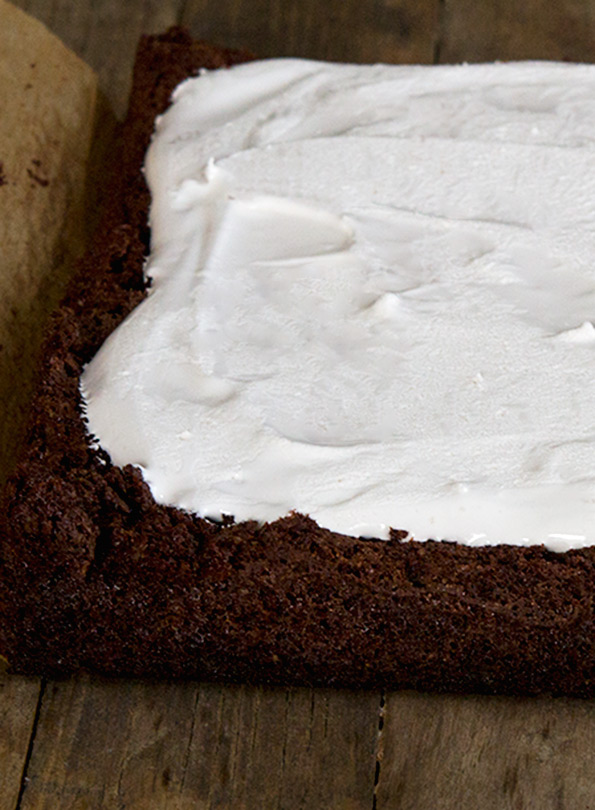 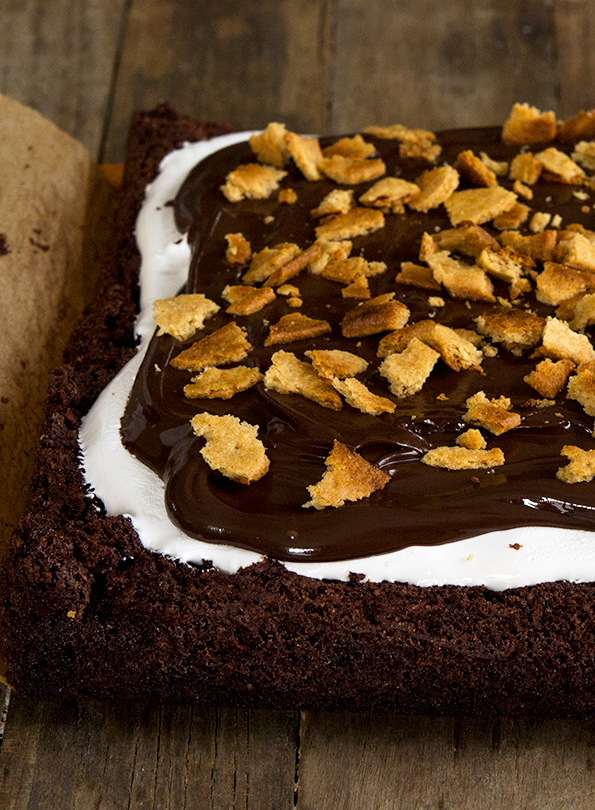 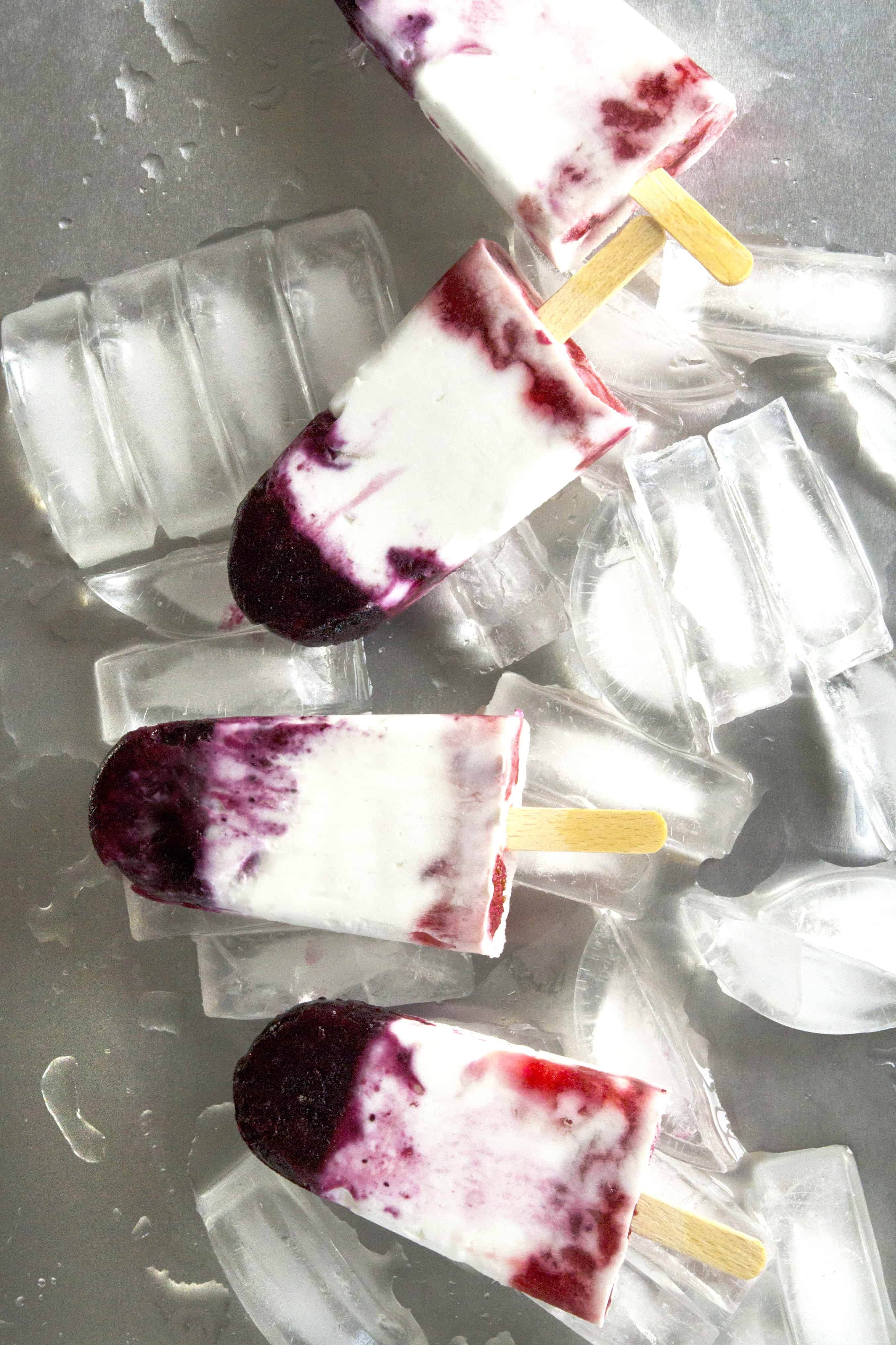