Just 4 ingredients are all it takes to make these brownie mix black bean brownies—5 if you add some chocolate chips! They're incredibly moist, low in fat and have a rich chocolate taste. 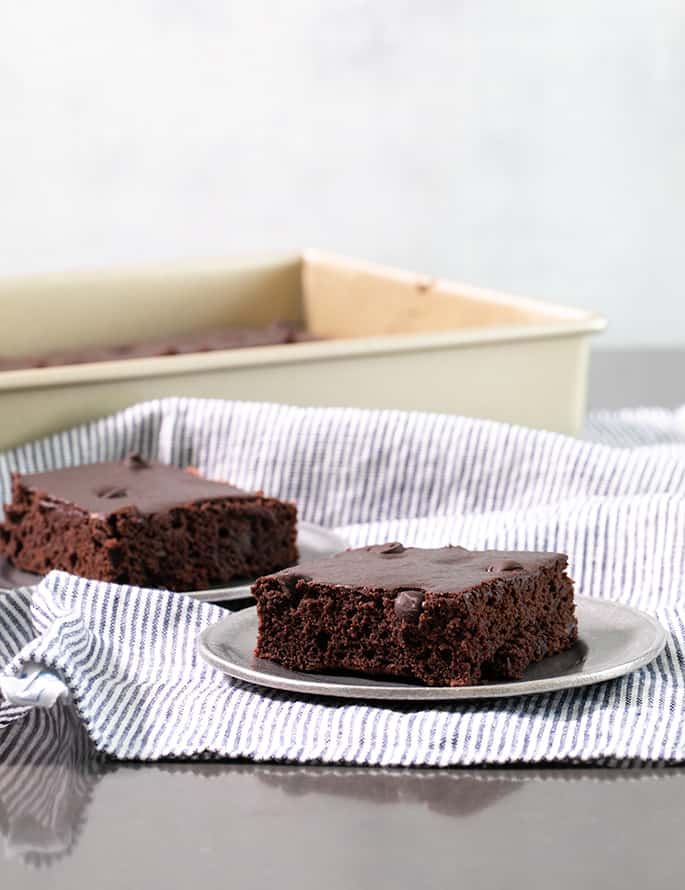 Why use a brownie mix?

My second cookbook, Gluten Free on a Shoestring Quick & Easy, has an entire chapter (Chapter 8!) called Make-Your-Own Mixes. I've got a mix for everything from pancakes, cakes, muffins, cookies, and brownies. But for the longest time, and perhaps since I don't remember using mixes growing up, I didn't understand the point of a baking mix.

I mean, why pay a premium for a box with just a few ingredients in it, often little more than flour and baking soda or powder, plus maybe some salt? It doesn't save much if any, time. But then I got it.?

It's not about the time savings. It's about the guarantee of success. Baking mixes hold the key to home-baked good success, without fear of failure. And when you're just trying to get through the day, you don't have time or patience for anything less.

You can have that same level of certainty with my DIY mix recipes, not only because my recipes are carefully formulated and can be made ahead of time in just minutes. You can trust them to work every time because you're going to make them with a digital kitchen scale. It's easier than using volume measurements, and it's precise every time. 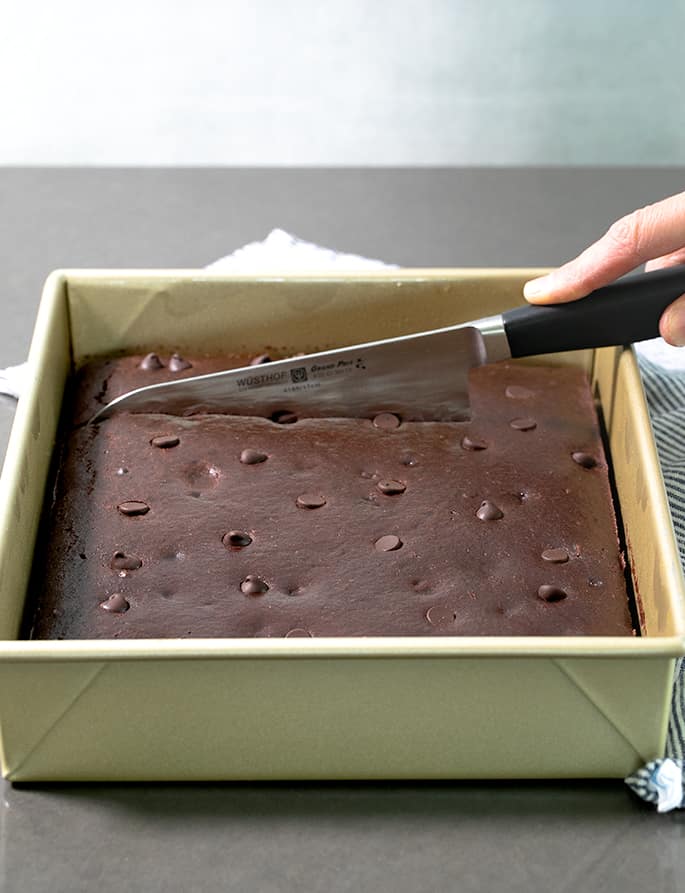 But if you don't have a scale, or if you'd just prefer to use a store-bought mix to make these brownie mix black bean brownies, you can! I tried them using King Arthur Flour's Gluten Free Brownie Mix, and the recipe worked.

The King Arthur Flour brownie mix wasn't nearly as good as the version using my DIY mix. But it worked like a charm. I plan to try using a Dunkin Hines gluten free brownie mix, and I'll report back about my results. 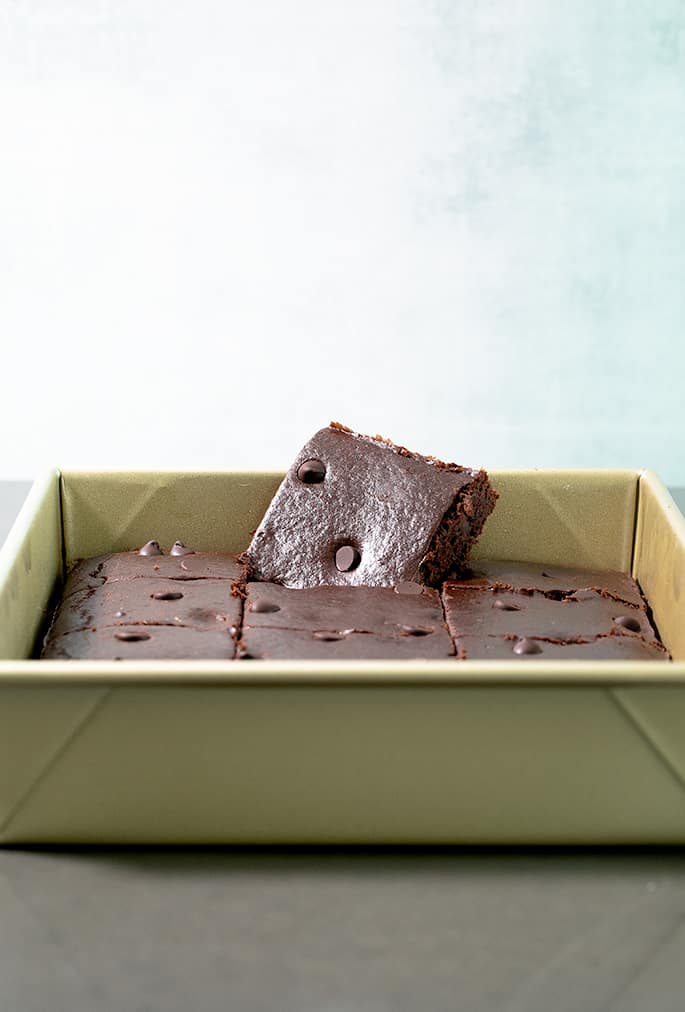 No butter, no oil

These brownies aren't flourless like my original black bean brownies. But they're still much better for you than traditional brownies, as they don't have any butter or oil in them at all. They don't need it, thanks to the black beans.

I'm not entirely sure exactly why black beans work in brownies and even cookies, but they seem to pinch hit for butter in this recipe, and for flour in the original black bean brownie recipe.

One of the best things about baking with black beans is not only that they're more healthful than whatever they're substituting for, but they're “free” on Weight Watchers. So if you're interested in Weight Watchers recipes, and you're comfortable using a 1:1 granulated sugar substitute like Swerve (see full instructions below in the Ingredients and Substitutions section), each one of 15 generous brownies would have close to 1 SmartPoint each. ? Adding the optional chocolate chips will increase the point value, though, so go easy on them. 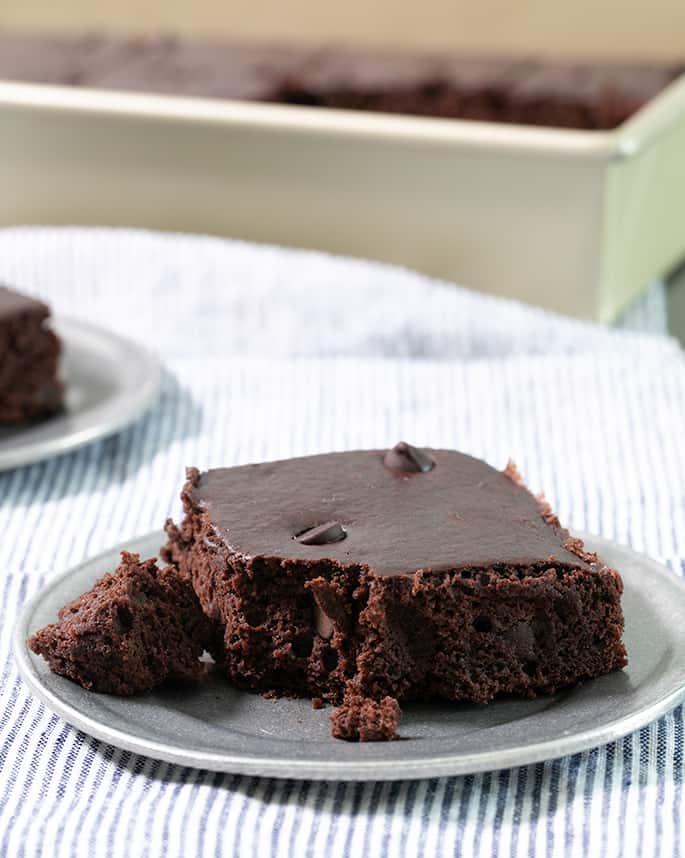 If you're using my recipe for homemade brownie mix, you'll not only make better brownies, but you'll have the ability to make additional ingredient substitutions. There aren't many ingredients in the brownie mix (gluten free flour, baking powder, baking soda, salt, cocoa powder and sugar), but there are a few other substitutions you might like to make.

These black bean brownies are naturally dairy free (if you use dairy-free chocolate chips) and nearly fat-free. If you don't have to be gluten free, I believe the recipe would work with a conventional 17-ounce brownie mix. If your mix has more than 17-ounces, just measure out the 17 ounces you'll need.

Egg-free: Since there's only one egg in this recipe, you should be able to replace it successfully with one “chia egg” (1 tablespoon ground chia seeds + 1 tablespoon lukewarm water, mixed and allowed to gel). The egg really does help the brownies stay together so I wouldn't just eliminate it without a substitute.

Coffee: I love coffee ☕. In fact, I go to bed most nights thinking about the cup I'm going to have as soon as I wake up the next morning. But I also have a really sensitive palate, and I promise you can't taste the coffee in these brownies.

The coffee is there to bring out the flavor of the cocoa, and to help mask any remaining flavor of beans (of which there really is none). However, if you'd like to replace the coffee, you can use any sort of milk you like—or even water. The only thing that will suffer is taste.

Any granulated sugar substitute will likely have a drying effect, so you might have to add a bit more liquid (coffee or milk) if the batter isn't at all pourable. You can't use a liquid sweetener in place of a granulated one, though, so honey or maple syrup isn't a proper substitute. If you'd like an unrefined sugar, try using coconut palm sugar.

Click play ▶ in the photo either below (on mobile) or at the top of the page (on desktop) to watch the short how-to video. See how easy it is, then make your own! 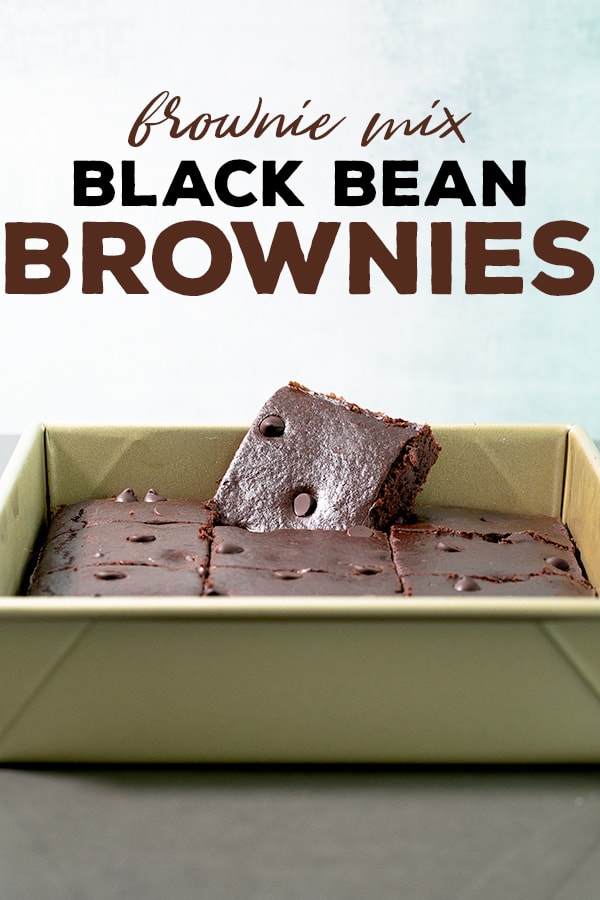 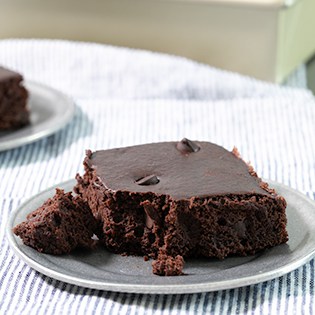