Super satisfying Paleo donuts are the right way to start your day eating grain-free. The perfect breakfast or after school snack! 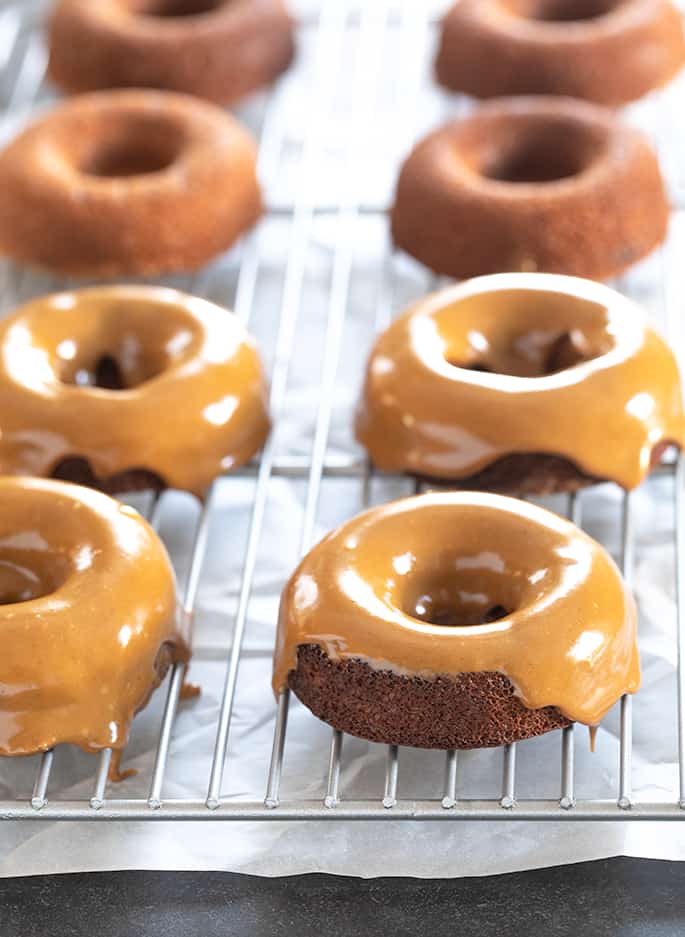 I really like the low-carb, high-energy-ness of Paleo baked goods for early morning school breakfasts. And my kids love this stuff.

These plain Paleo donuts and moist and tender, and just sweet enough. They're packed with all the good fat you need to keep you going all morning long.

I have a tendency to step up the Paleo baking in January, and most of it is for make-ahead breakfasts like these donuts and my Paleo breakfast cookies. Almond flour baking leads to really filling treats like these bakery style almond flour muffins, and that's what makes it perfect for school breakfasts. 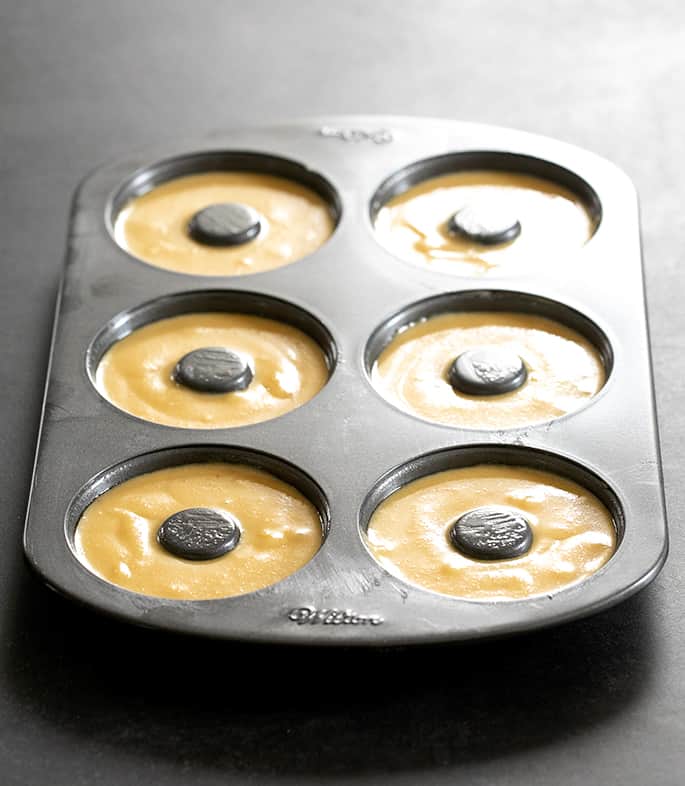 How to make a Paleo donut glaze

I originally posted this recipe in 2013, and I had made a perfectly simple honey glaze that looked and tasted great. I have been unable to recreate the exact same glaze ever since.

I believe heating some honey with a bit of water mixed with arrowroot powder would make a great glaze, but I haven't gotten the proportions quite right just yet. In most of the photos here, the glaze you see is a really simple one.

To make the lighter-colored glaze, simply grind coconut palm sugar in a blender or food processor with about 1 tablespoon arrowroot per cup of sugar until it has nearly the consistency of confectioners' sugar.

Place the ground sugar in a small bowl and add water by the half-teaspoonful, stirring until you have a very thickly pourable glaze. Dip the tops of the cooled donuts in the glaze and allow them to sit until the glaze is set.

The donuts really don't need the glaze though. They're perfect without it. For nine other gluten free donuts recipes, come on over! 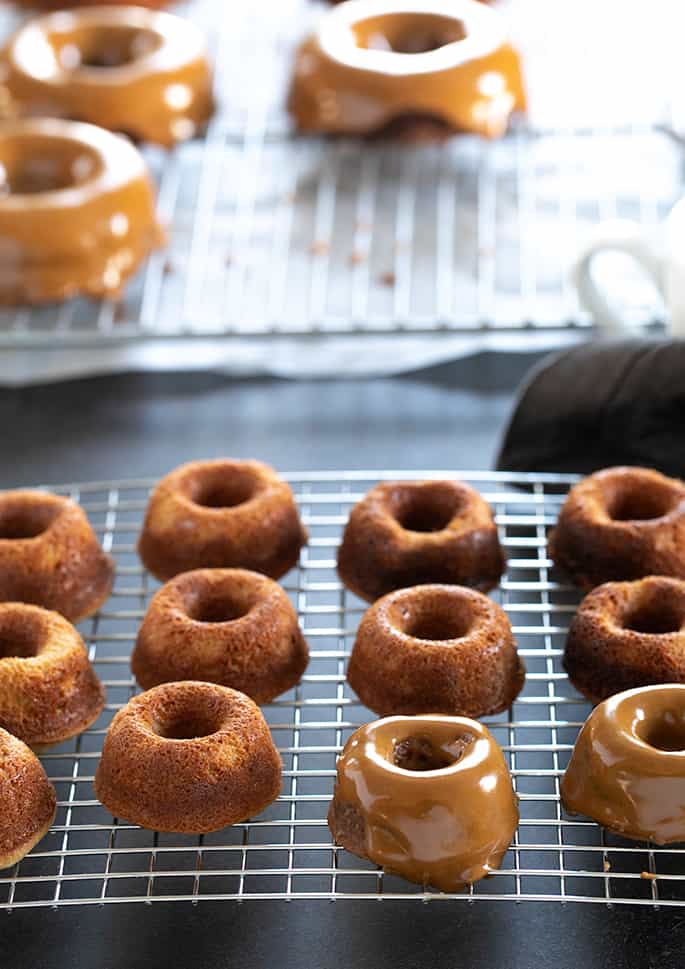 What are the best donut pans?

I feel like I've bought every sort of donut pan there is, and most have been awful. The biggest problem I've had is that the center of each well has a very short raised center.

When the raised center is too short, the only way to make a donut with an actual hole that goes all the way through the donut is to fill the well no more than halfway through. And then it looks more like a ring than a donut.

The only donut pans that I like are the nonstick ones made by Wilton, like this 6-cavity nonstick donut pan(affiliate link—feel free to shop around). They also make mini pans with 12 wells.

I've actually rid my kitchen of any and all other donut pans since they seem to bake only heartache. For even more discussion about donut pans, see my recipe for gluten free apple cider donuts. 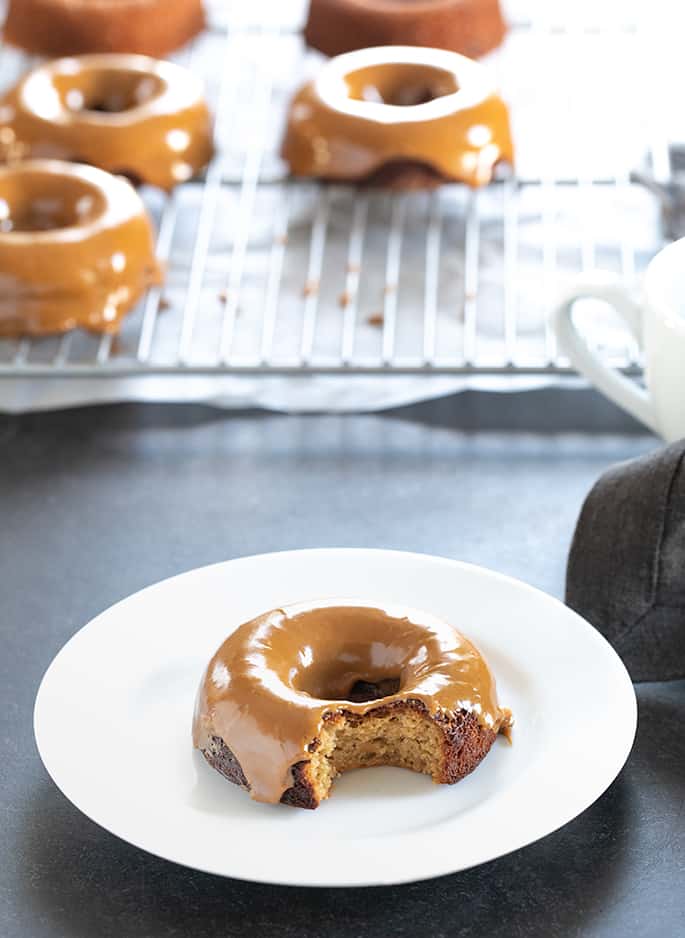 What about the electric donut maker?

I love my electric donut maker. I have the Babycakes donut maker, and I got mine at Kohl's year ago (with a coupon! on sale!). But I seem to have misplaced it.

And it's not like I live in a huge house where that makes any sense. I'm beginning to suspect that I gave it away. I have a tendency to do that since I love “tidying up.”

If I were to buy it again, I would buy this Babycakes multi-treat baker (affiliate link, but shop around for sure) since it's oddly less expensive than the just-donut-maker. Plus, you can use it to make miniature cupcakes, donuts or cake pops.

Although I haven't made cake pops since my blog posts looked like this. But now, of course, I feel that I must make cake pops. I'll edit this if (okay, when) I buy that little machine. 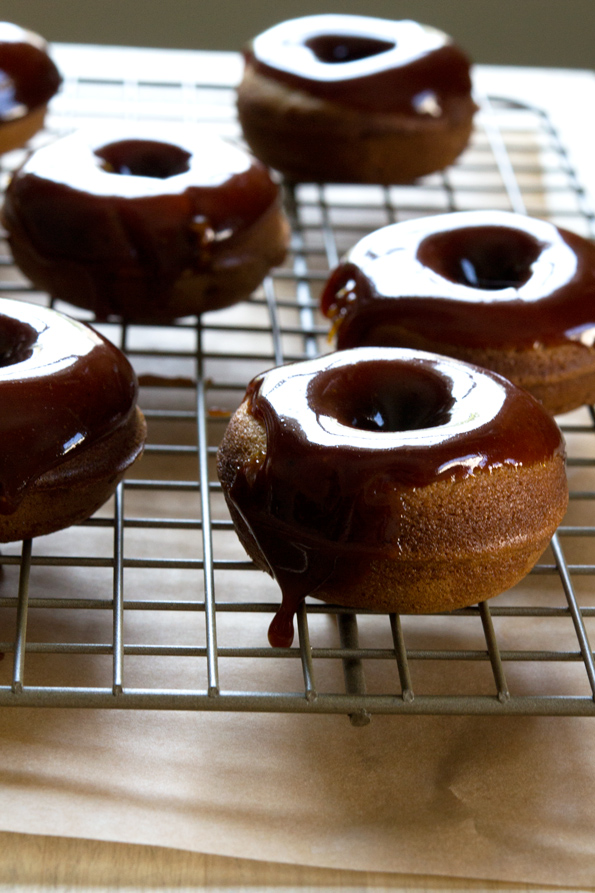 Since these donuts are Paleo, they're already grain-free and dairy-free. They do contain some additional allergens, so here is all the ingredient information I can provide:

Almond flour: As in any Paleo recipe I write, the only almond flour that will work as described in the recipe is a finely ground, blanched almond flour. Blanched almonds are simply almonds that have had their skins removed.

I have had great success with both Honeyville brand and Nuts.com finely ground blanched almond flour. Almond meal is a much coarser ground, and will not yield good results. I'm afraid I can't recommend any of the Bob's Red Mill brand almond flour or almond meal products.

If you need to be nut-free, you can try replacing the almond flour with finely ground sunflower seed flour, but the donuts will likely turn green due to the reaction between the sunflower seeds and the baking soda in the recipe. It won't affect the flavor, though.

Eggs: Since there are two eggs in this recipe, you can replacing each of them with a “chia egg” (one tablespoon finely ground white chia seeds + 1 tablespoon lukewarm water, mixed and allowed to gel). It's not a perfect substitute, but it's the one I like best.

Coconut flour: The two tablespoons of coconut flour in this donut recipe really help give the baked donuts structure. I have made these donuts with a full cup of almond flour (120 g) and no coconut flour. The recipe works but the donuts are considerably more fragile once baked.

Maple syrup: Be sure you're using real maple syrup in this recipe, not imitation syrup, which is really just high fructose corn syrup. The 1/4 cup maple syrup can be replaced with 3 tablespoons (63 g) additional honey. 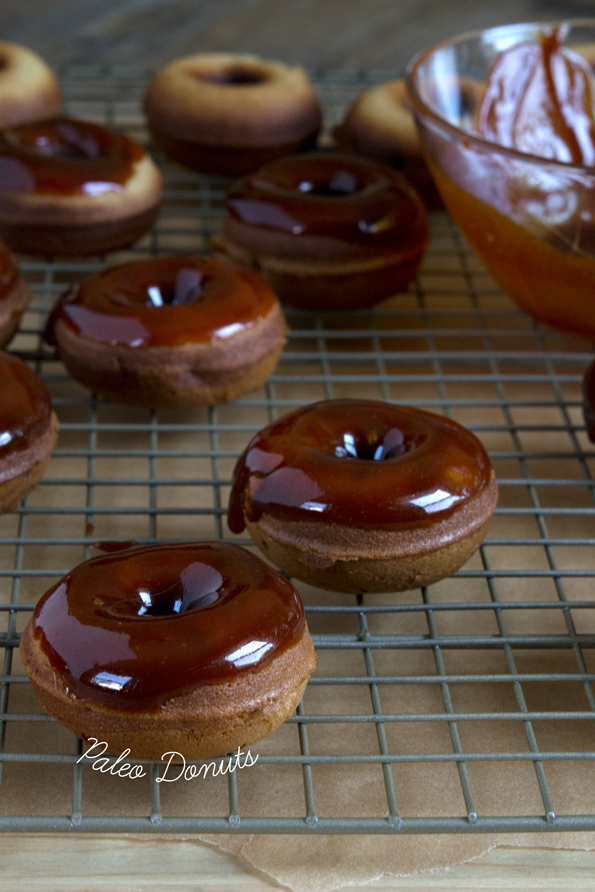 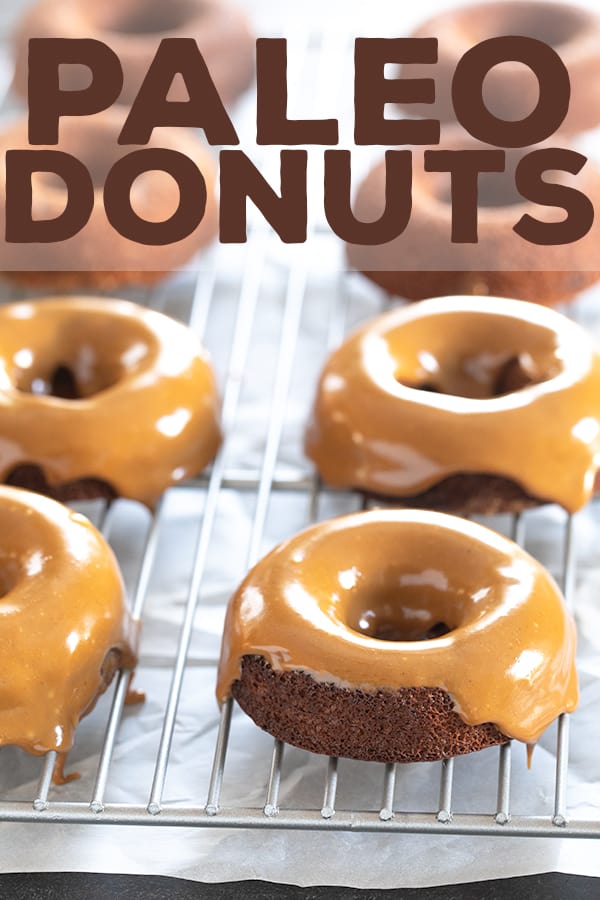 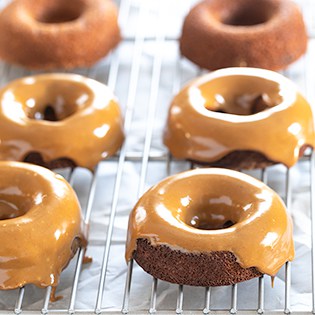