I saw Paul McCartney on Saturday. At the movies. Sir Paul McCartney to you (and me). He was with Stella and her kids. He's thin as a rail, and had gray hair, was wearing a hat. I giggled like a schoolgirl. I tried to take a picture with my iPhone. Of him walking away (clearly). It was the blurriest iPhone picture any grown human person has ever taken in the history of the iPhone world.

So I have no proof.

He did not see me. If he had seen me and my moneysaving self, I'm pretty sure he has x-ray vision and would have seen right through me to the other side of me if there had been something important there. The rich (and the knighted) are just different. And that's a fact.

I wonder if Sir Paul is Gluten-Free-Curious (what? remember Gwyneth). I bet Stella and Gwynnie are thick as thieves, too. And that they pretend to bake gluten-free together and then just eat the made-for-TV GF food that other people make for them and hide on the made-for-TV shelves underneath the countertops in their made-for-TV kitchens. In London.

But you and I both know that there's just no way they'd eat brownies. At least not while anyone else was looking.

These are not your average cheesecake brownies. I just want that settled straight away up front and center. The cheesecake portion is mixed into the brownie portion, but loosely. So that it is still swirled a little bit, but the brownie part is kind of, well, cheesecake flavored.

And then the brownies are not overwhelming and are even smoother than you've ever known brownies to be.

To make sure they're nicely swirled, and to lend a certain something extra, a bit of melted white chocolate is dolloped on top, and then swirled with a butter knife. It's pretty. Don't you think?

Sprinkle a few mini chips on top, and bake low and slow (325°F for about 30 minutes, give or take). There's a little bit of bowl accumulation involved in making these brownies, but they're not at all complicated. I bet even Stella would share one with Paul (and the kids). Everything in moderation, Sir. 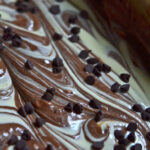 For the brownie base

For the cream cheese mixture

Make the brownie base. 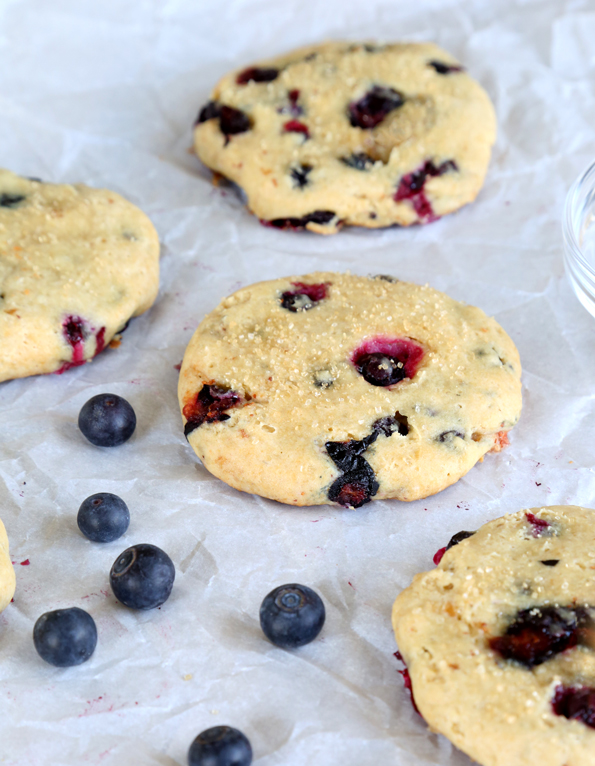 The perfect carton of blueberries is a thing of beauty. You know the carton that has a lot of big berries just sitting there and they're not broken and not packed all tight in the box and there aren't any really tiny ones that you can see (even when you turned the carton over to inspect because let's face it we all live in fear of those really tiny blueberries that are so tart and angry that your face nearly disappears when you eat them). When it's summertime and you can find that perfect carton, do me a favor and use some of them in this recipe for gluten free blueberry cheesecake cookies. The rest of the year? You can definitely use frozen berries in this recipe. :) 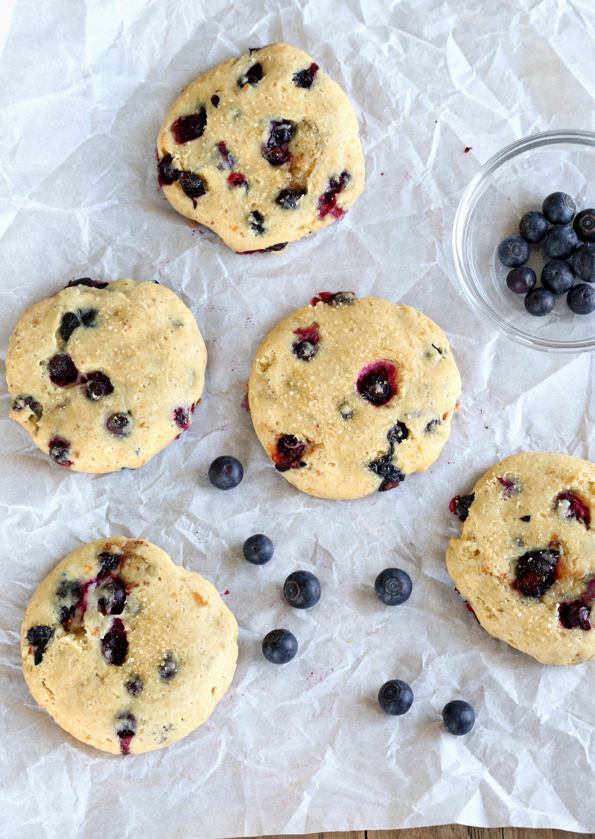 Some of the berries in the cookies will burst open, making cookies that are crispy around the edges, a bit crunchy on top because of the coarse sugar sprinkled there, with some of the smooth creaminess you expect from cheesecake. Blueberry cheesecake cookie perfection. 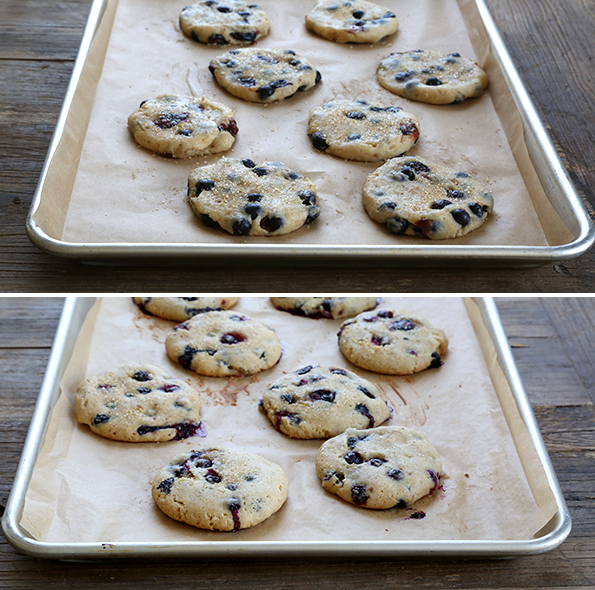 Don't fight summer! Celebrate its bounty (or the bounty of the frozen foods section when it's not summer). ;)