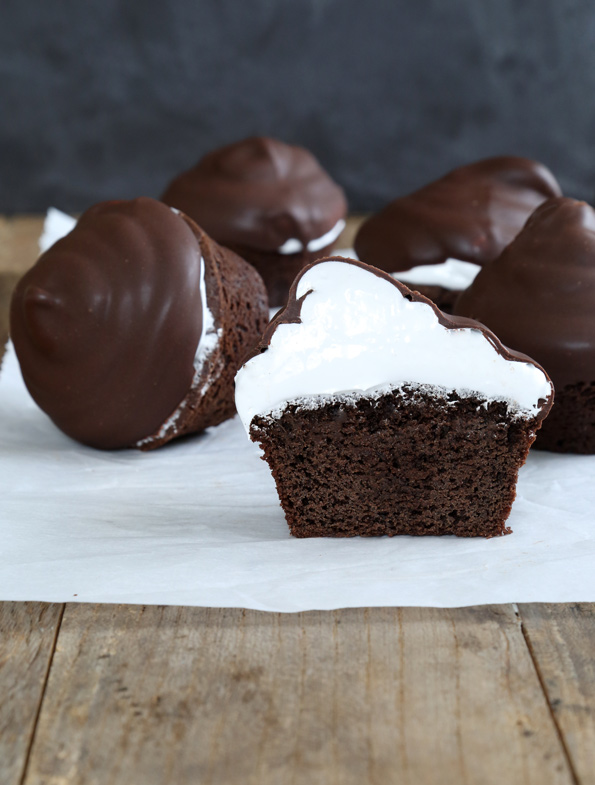 Just like there are all sorts of chocolate chip cookies, there are all sorts of chocolate cupcakes. I just don't have nearly that many recipes for chocolate cupcakes here on the blog, at least as compared to my chocolate chip cookie recipes (which are legion). I think it's mostly because I tend to think of cupcakes as kind of “trendy,” what with all of the cupcakes-only shops that popped up all over New York City for a while, and had people queueing around the block (for the record, I never once even considered waiting in line for food like that). But gluten free hi-hat cupcakes are just too impressive to ignore, what with the deep, rich chocolate cupcake topped with a stiff marshmallow fluff-style frosting, coated in a chocolate shell.

Even though you have to break out the candy thermometer for the frosting (c'mon, you're gonna need one for a few of the fillings in Classic Snacks anyway!), these impressive little chocolate cupcakes are actually rather easy. Especially when you consider making the chocolate cupcakes themselves ahead of time. They have to be completely cool by the time you frost them (or the frosting will melt), so it's just good common sense to make them ahead. The frosting is super easy, and will make a marshmallow-lover out of even those who swear up and down that they don't even like marshmallows but that's usually because all they know of the confection is the super-spongy ones that come in a bag. 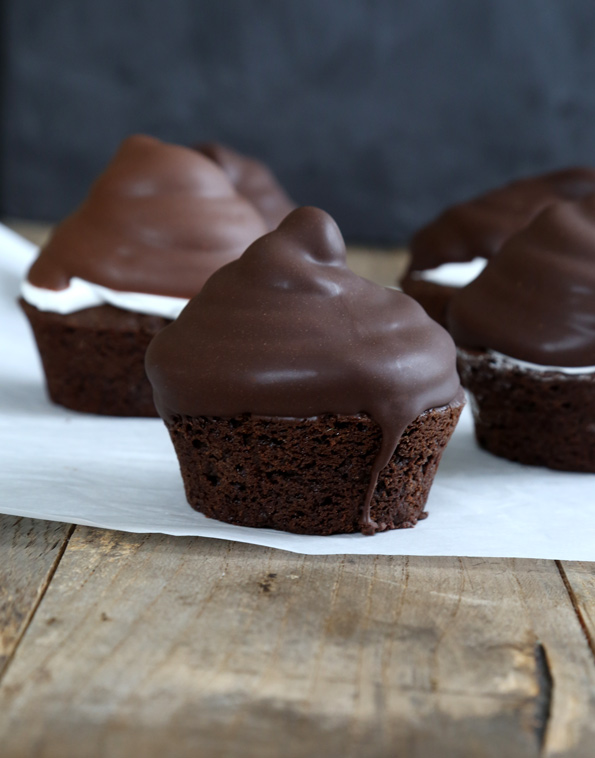 Hi-hat cupcakes are basically the soft-serve ice cream dip tops of the cupcake world. And the stiff frosting is light as a feather, but still stable enough to turn upside down and dip in the melted chocolate shell. How Mister Softee manages to dip a soft-serve cone in a chocolate shell without losing the whole of the ice cream will remain one of life's great mysteries, at least to moi. But gluten free hi-hat cupcakes? These I can do. 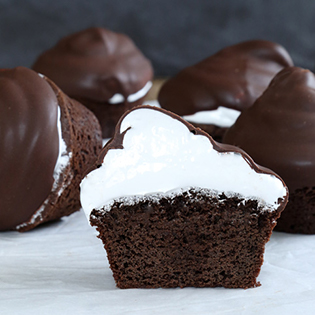