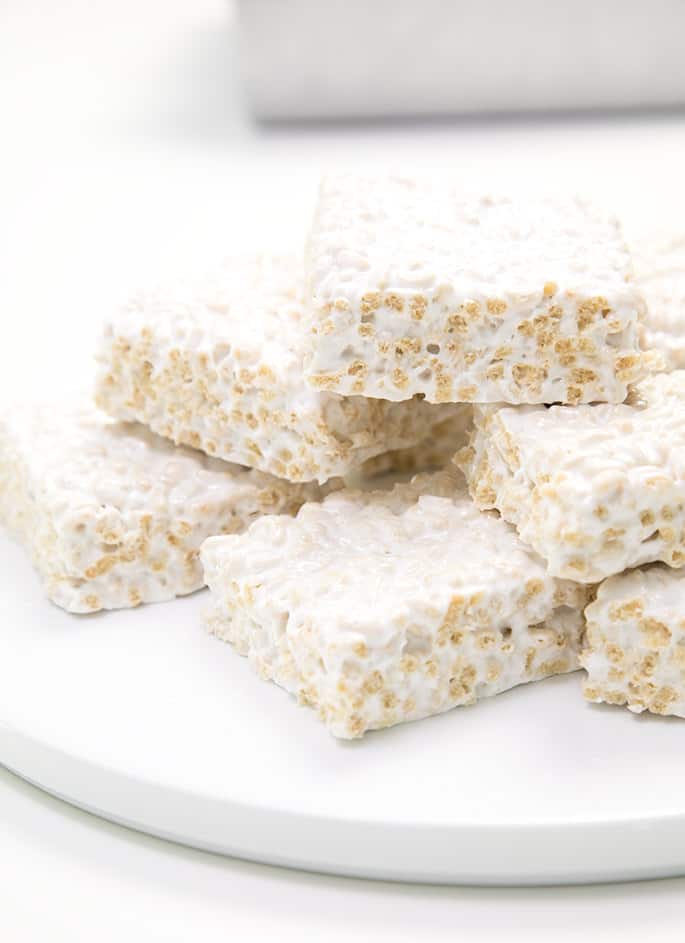 These homemade marshmallow rice krispie treats are actually easier than making the iconic treats with packaged marshmallows. Plus, they’re naturally gluten free and made with the simplest pantry ingredients.

When my kids were younger, they used to beg me to make them rice krispie treats. Somehow they knew how simple the traditional recipe was, but I didn’t care. I absolutely hated making them, with all their super stickiness and my never having a package of marshmallows lying around.

As long as you have powdered gelatin, rice cereal, sugar, and butter (or a substitute) when they beg you can say yes.

Fear not the cooking of sugar! Cooking sugar can really be done without any water at all, but it’s much more likely to burn. That’s hard.

Cooking sugar with a bit of water in the pan is easy, as long as you keep an eye ? on your instant read thermometer. I have a whole bunch of different thermometers, for use in bread-baking, candy-making and deep-frying of all sorts. But the simplest will do.

Even if you don’t have a candy thermometer, you can determine that candy has reached the “softball stage” the old-fashioned way: if it easily forms a ball when dropped into cold water, but flattens once it’s out, it’s in the softball stage, between 23°8 and 242°F. It’s just some sugar water, though. Nothing to worry about! 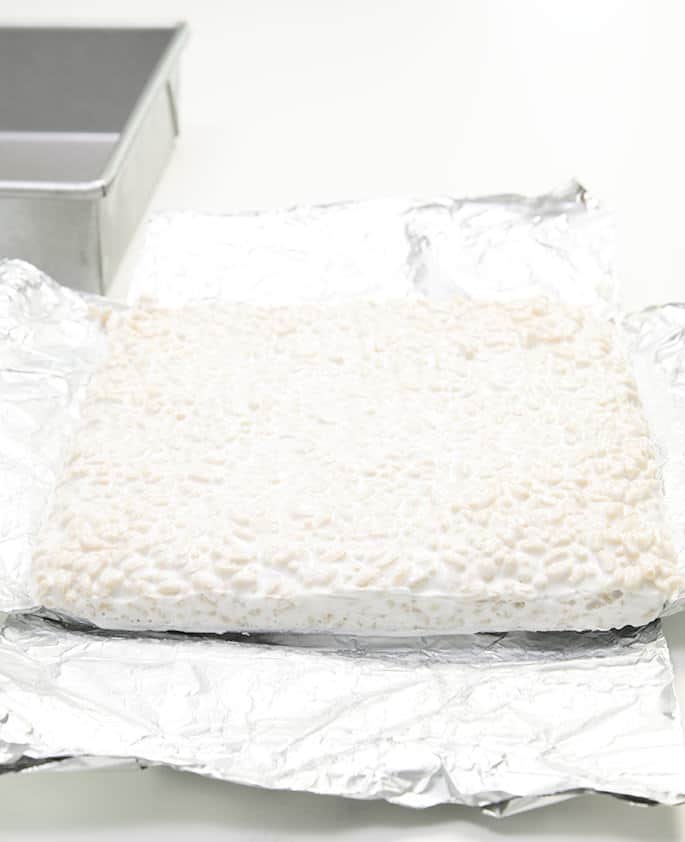 I am not anti-corn syrup (it’s not the same as high-fructose corn syrup, by the way), but I really wanted these to be simple. I also wanted them to be corn free, since that seems to come up relatively often.

And think of it this way – you’ll seriously never have to buy marshmallows again. Try making s’mores with fresh, homemade marshmallows. Oh, and our no machine marshmallow ice cream is a natural next step! 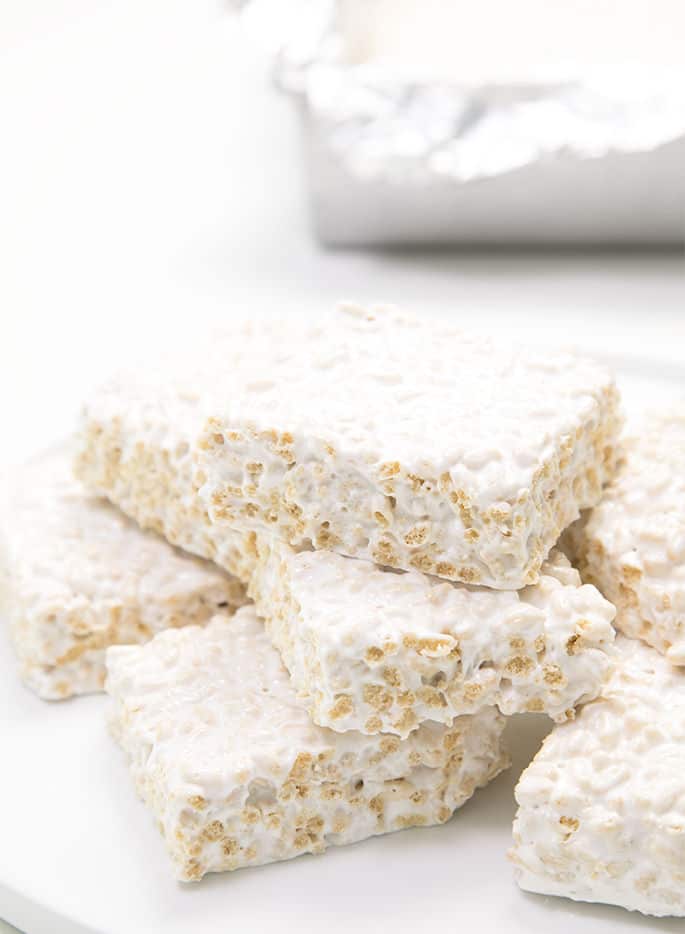 Unlike rice krispie treats made with commercial marshmallows, these fresh ones are nice and crispy but not at all rock-hard when chilled. And chilling them makes them super easy to slice.

They literally set up in minutes even when they’re not chilled. Then, when your super nice neighbor invites you over for a last-minute barbecue for Memorial Day, you can pack ’em up and go! If you’re in a rush, just pop them in the freezer for a couple of minutes and slice away.

I know you love to know about substitutions. So here’s what I know, and what I don’t about how to make these homemade marshmallow rice krispie treats:

Sugar-Free: Well, that’s just not happening, since marshmallows are basically whipped cooked sugar with gelatin added. But you can make them refined sugar free by replacing the 2 cups of granulated sugar with 1 1/2 cups (504 g) honey. The honey will turn darker as it cooks to the softball stage. Stir to prevent burning.

Grain-Free: If you know of a grain-free cereal with small pieces, no bigger than the size of a cheerio, give it a try! But I know of no such cereal.

If you’re looking for a more traditional recipe for GF rice crispy treats with no cooking sugar required, plus a discussion of what brands of crisp rice cereal to try, I’ve got you covered there, too.