Home > Puddings > How To Make Rice Pudding | Stovetop or IP 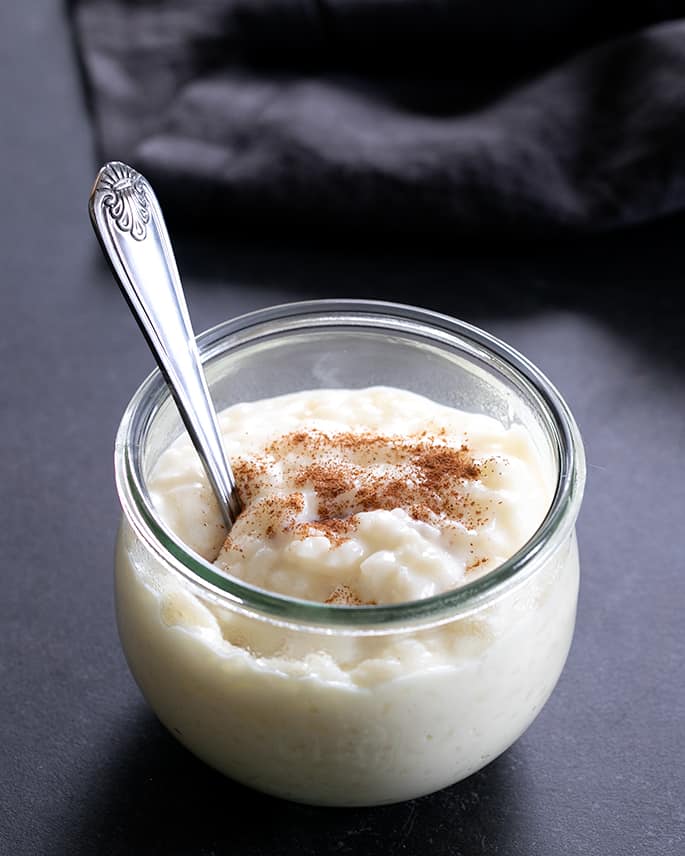 The first time I ever had rice pudding was when I was in college. I spent a semester in Spain and the señora in the family I lived with made us rice pudding nearly every night.

This amazing woman often spent all day cooking, and made the rice pudding fresh in the morning and allowed it to chill all day long. She cared for us with tons of love and kindness—until we moved because we were young and stupid and thought we could do better. ?And I've been chasing something like her recipe (and running away from my shame at that youthful indiscretion) ever since.

If you didn't grow up eating rice pudding, it might sound a bit … strange. But if it's made right, whether it's chilled or warm, firm or soft, it's always delicious. Unless you hate, well, pudding of all kinds (and maybe puppies ?and rainbows ? too?), you must love rice pudding.

It's easy to forget how elegant something as simple as this can be. There's no flour and no cornstarch in any of these versions. And if you make it on the stovetop from raw rice, you don't even need an egg.

In fact, you need little more than rice, milk, and some sweetener to make a thick and creamy pudding that's naturally gluten free. 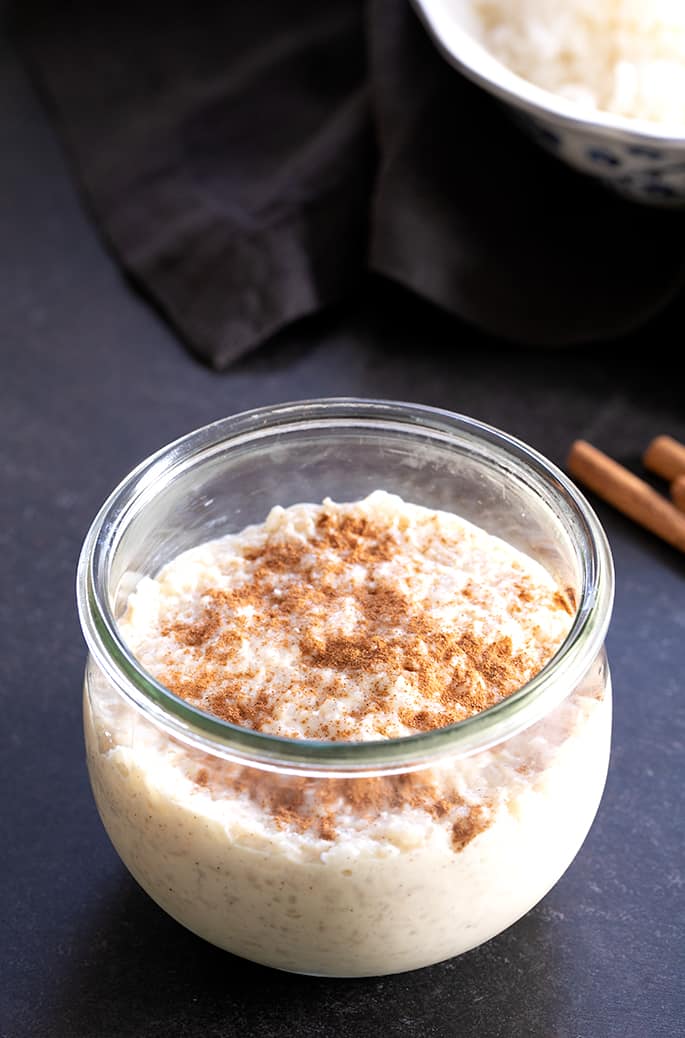 My first recipe for rice pudding and the one I made for years without regret was made on the stovetop with freshly-made short grain (usually arborio, or risotto rice) rice that I parlayed immediately into a creamy pudding.

That version is in my first cookbook (and its second edition) and it works beautifully. But it does take a bit of time (and a couple of pots).

Then, I use my Instant Pot many times a week anyway, and I have a dogeared copy of Melissa Clark's Dinner In An Instant (that's an affiliate link) and make rice in the IP all the time. So naturally, I wondered if I could slide right into a raw-rice IP version of rice pudding. Spoiler: I could. I did! 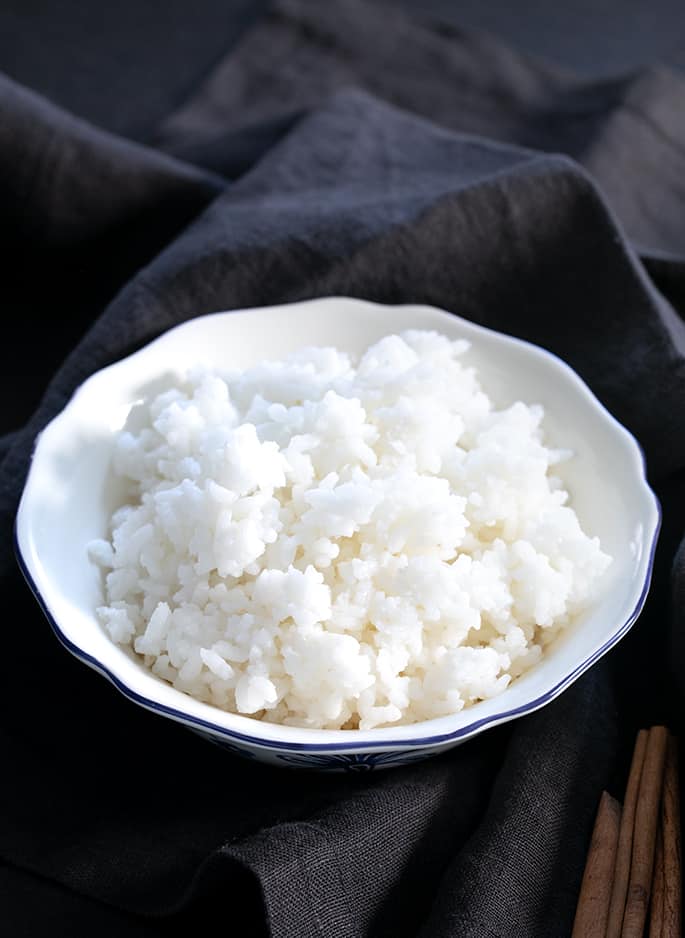 On the stovetop with cooked rice

Once you learn how to make rice pudding on the stovetop with cooked rice, you might be tempted never to make it any other way again. I've made it successfully with any sort of sticky, cooked rice, from arborio rice to sushi rice to long grain white rice.

If you're making rice for a meal, do yourself a favor and make a bit extra and set it aside to make into rice pudding. If you've got that in the back of your mind, go ahead and make the rice with a bit less water than usual so that it comes out nice and sticky.

Another trick for getting cooked rice to turn sticky, even if it's not shorter grain, naturally high starch rice is to undercook it on the stovetop by a few minutes. In other words, stop cooking before every last bit of water is absorbed by the rice.

Then, turn off the heat and allow the pot to sit, covered, on the burner for until it cools. You'll be rewarded with sticky rice, even if it's long grain. 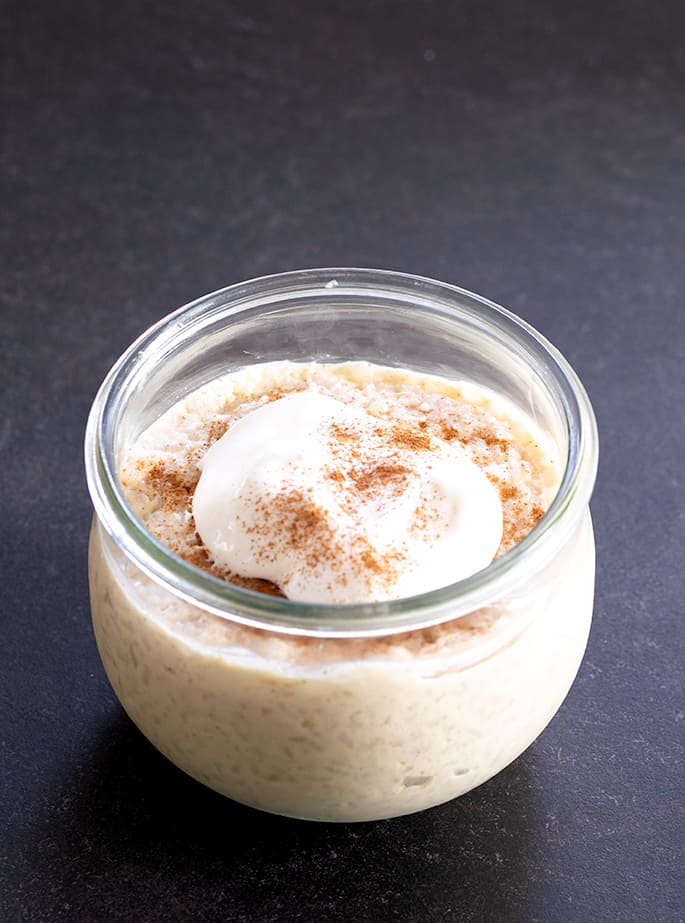 In the Instant Pot with raw rice

Originally, the video for this recipe was of the stovetop method with cooked rice, since it's the most forgiving version. But when I misplaced the raw video footage, after the (mild) swearing, I decided it would be more informative to shoot a video of the Instant Pot version.

My Instant Pot is the 6-quart version, but I think that this modest amount of rice pudding can be made in a smaller Instant Pot without incident. Don't be tempted to double the recipe, though, and cook it all at once in your pressure cooker.

Cooking milk in a pressure cooker requires a ton of breathing room. If you double the recipe, or even make 1 1/2 times the amount, your pot will most likely boil over. Trust me when I say that you do not want to deal with a milk overboil situation—especially with your pressure cooker. 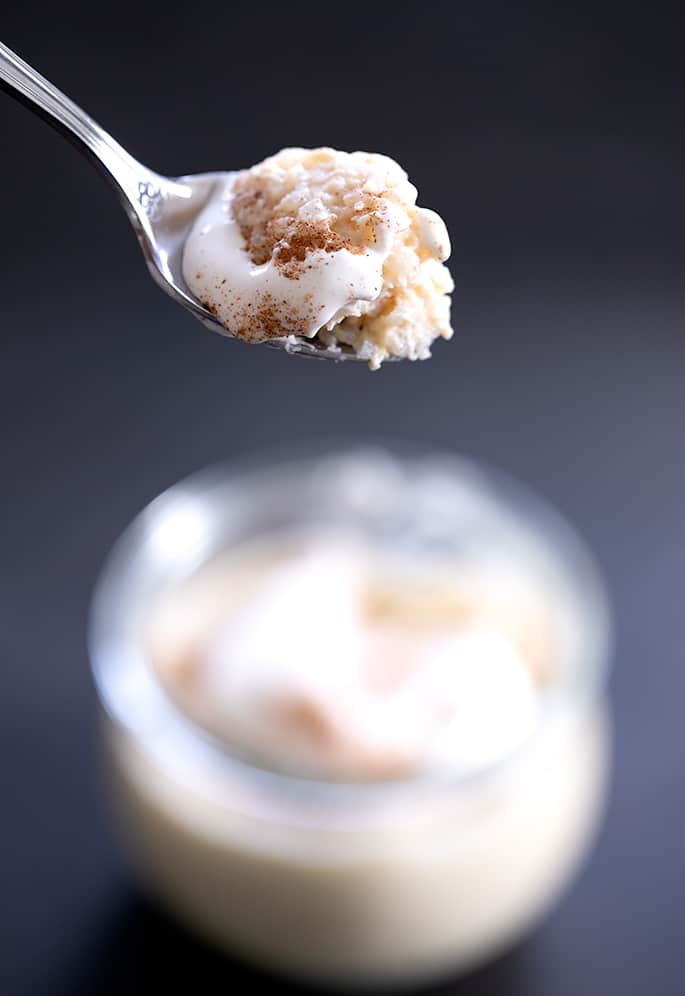 On the stovetop with raw rice

In the stovetop version with raw rice, my original version, I steep some whole cinnamon and whole nutmeg in the milk to add some depth to the pudding. But of course those steps are optional. You can do the same with the Instant Pot version, in fact.

All you need to remember about the stovetop version with raw rice is not to overcook it. Simmer it in water just until it has absorbed most of the liquid before pouring in the simmering milk.

If you'd like an even quicker and easier version of rice pudding (one that's dairy-free, too) that requires almost no tending, kindly turn to page 179 of Gluten-Free on a Shoestring Quick and Easy. That one even has a thin and lightly sweet crust on top that just … sends me.

Luckily, as long as you can eat rice itself, you can find a way to make rice pudding that suits your other dietary needs. Here is the information I can offer:

Dairy-free: This one is super easy. If you can't have dairy, just replace the cow's milk in each version with your favorite nondairy milk—as long as it's not fat-free. My favorite nondairy milk is unsweetened almond milk. If you use a sweetened dairy milk, you might want to use less granulated sugar in the recipe, but that is to taste.

Egg-free: The raw-rice stovetop version is egg-free, so I'd recommend making that version if you can't have eggs. It's all ready for you.

Instead, if you'd like to try making the other versions without the egg, you can try replacing the egg with a cornstarch slurry in place of the egg and milk mixture. Just place the remaining half-cup (for the stovetop, cooked rice version) or 3 tablespoons (for the Instant Pot version) of milk in a small bowl and whisk in 2 tablespoons of cornstarch until it forms a thick, integrated liquid. Then add it to the main mixture and whisk until the pudding thickens.

Rice: If you want truly creamy rice pudding, unless you're making it with cooked rice on the stovetop according to the directions below, you need to use a short grain rice. I like sushi and arborio rice equally well in this regard.

If you're making rice pudding on the stovetop with cooked rice, you can easily swap in sticky short grain brown rice as well. I don't recommend using brown rice otherwise. 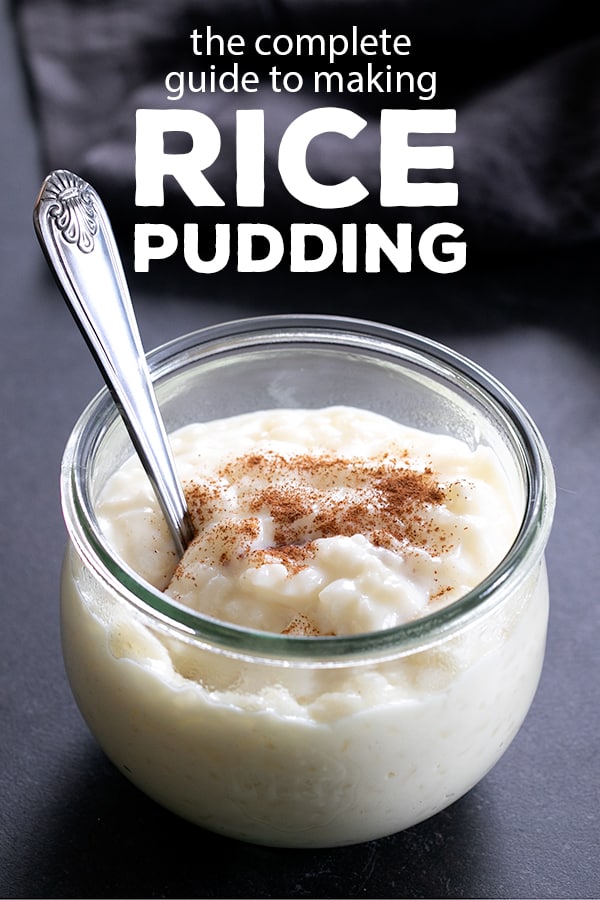 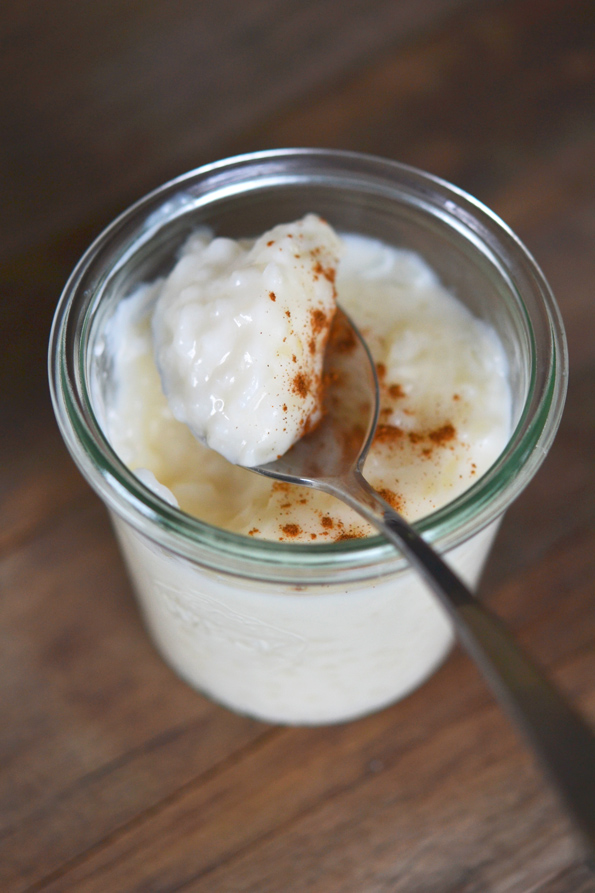 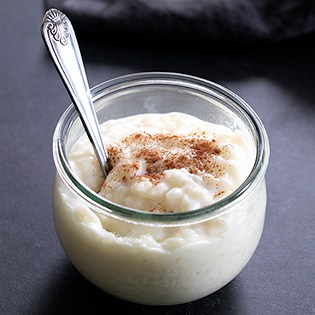 How To Make Rice Pudding | Stovetop or IP

1 egg (50 g, weighed out of shell) at room temperature

1 egg (50 g, weighed out of shell) at room temperature