Gluten free potstickers made from homemade won ton wrappers and simple savory fillings taste like they came from your favorite restaurant. The secret’s in the cooking method! 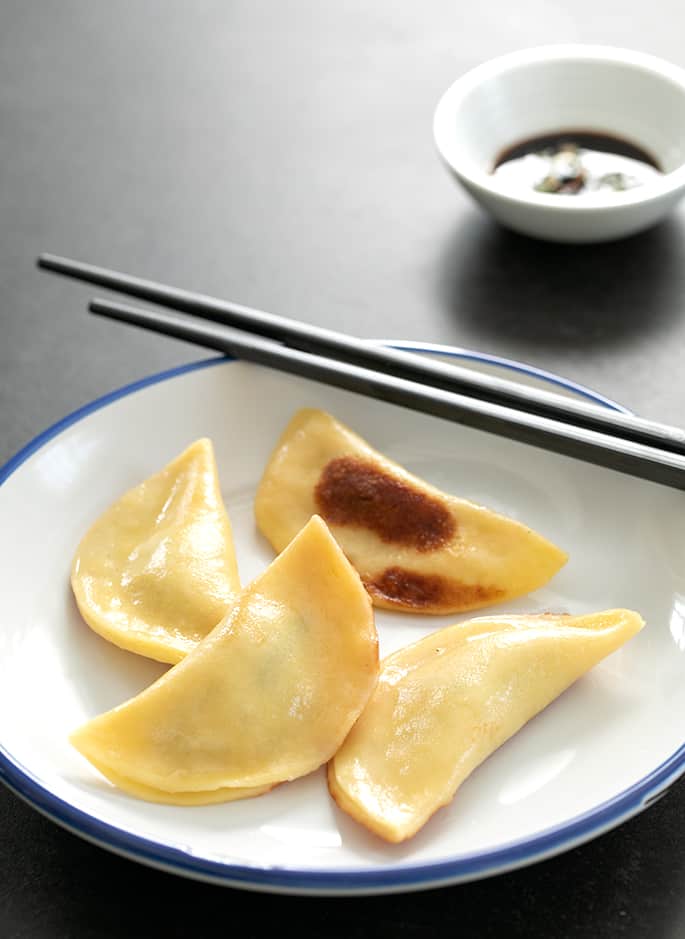 It’s all about the texture

Good potstickers or any dumplings, really, are all about the texture. The filling should be pleasantly savory, but you can get that in a meatball. The potsticker’s claim to fame is the crisp-tender texture of the wrapper.

You can make a tender won ton wrapper by boiling it or sautéeing it. But the way to get it to be crisp and tender is by starting with the sauté, and following it with steaming. And it can all be done in the same skillet.

It’s best to use a cast iron skillet since it gets so hot and retains that heat without a very high flame. But any heavy-bottom sauté pan with a tight-fitting lid will work. 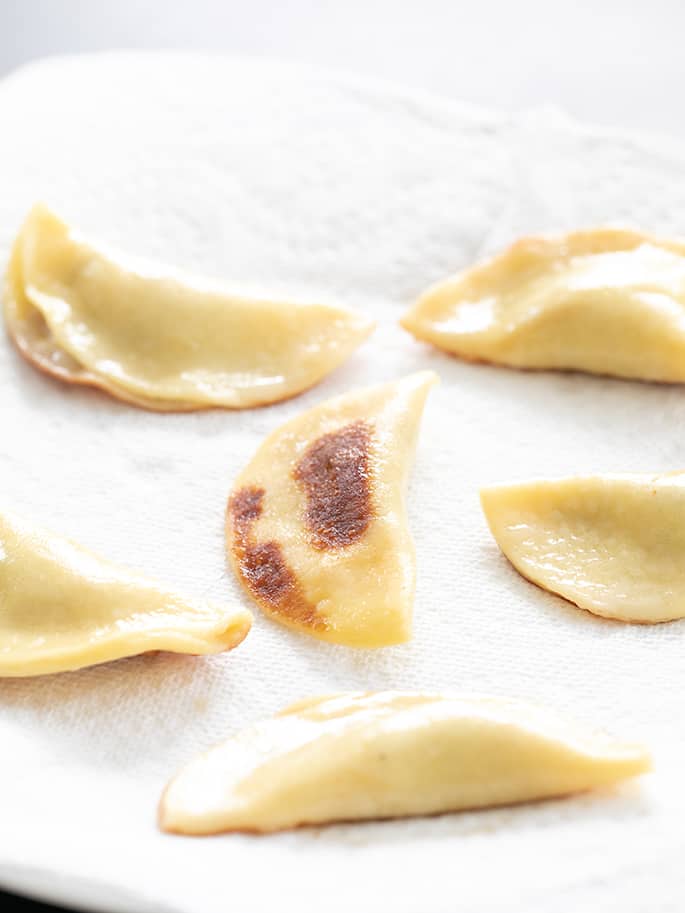 How to create that crisp-tender texture

Heat just a couple tablespoons of a neutral oil until rippling, which is just when you see ripples where the light hits the oil in the hot pan. Add the formed, raw potstickers to the hot pan in a single layer, and allow them to brown on the underside. It won’t take much more than a minute.

The next step is to add just enough water to the hot pan to steam the potstickers with the lid on, and then evaporate after removing the lid. Be sure to work quickly to avoid splattering oil that comes from adding water to hot oil.

During 5 or 6 minutes that the potstickers are in the pan with water, covered with the lid, the filling and the rest of the won ton wrapper will cook to perfection. Remove the lid, and restore any crispness that was lost during steaming. 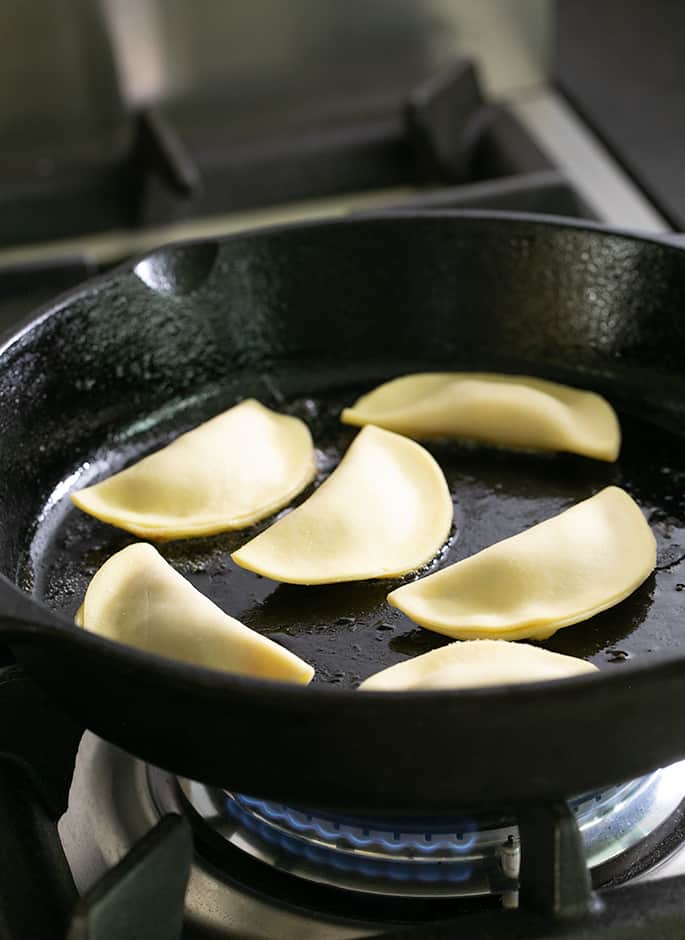 Making the won ton wrappers ahead

It is nothing short of a labor of love to make these gluten free potstickers. Even if you could buy gluten free won ton wrappers in a ready-made package (please, maybe one day ??), it would still take time to fill, shape, and cook them.

The time it takes to make the wrappers, though, is what might scare you away from ever attempting this recipe, though. I don’t have a solution, but I have a coping technique: make the wrappers days (or even weeks) ahead of time.

You can make the gluten free won ton wrappers according to the recipe instructions, pile them up, wrap them very tightly and place them in the refrigerator. They will keep that way for at least a week.

For longer storage, you can freeze them. They may become a bit icy, since they are a tiny bit moist to the touch when fresh.

But if you wrap them very tightly, you can keep them there for a couple months. Before working with them, defrost them overnight in the refrigerator, and allow them to come to cool room temperature before using them in a recipe.

Make the potstickers ahead

If you’d like to make the potstickers themselves ahead of time, I support your good decision-making! Just form them completely and freeze in a single layer on a baking sheet.

Once they’ve frozen solid, pile them into a tightly sealed bag. Defrost in the refrigerator before cooking, and proceed with the recipe as written. You’ll be so happy you did! 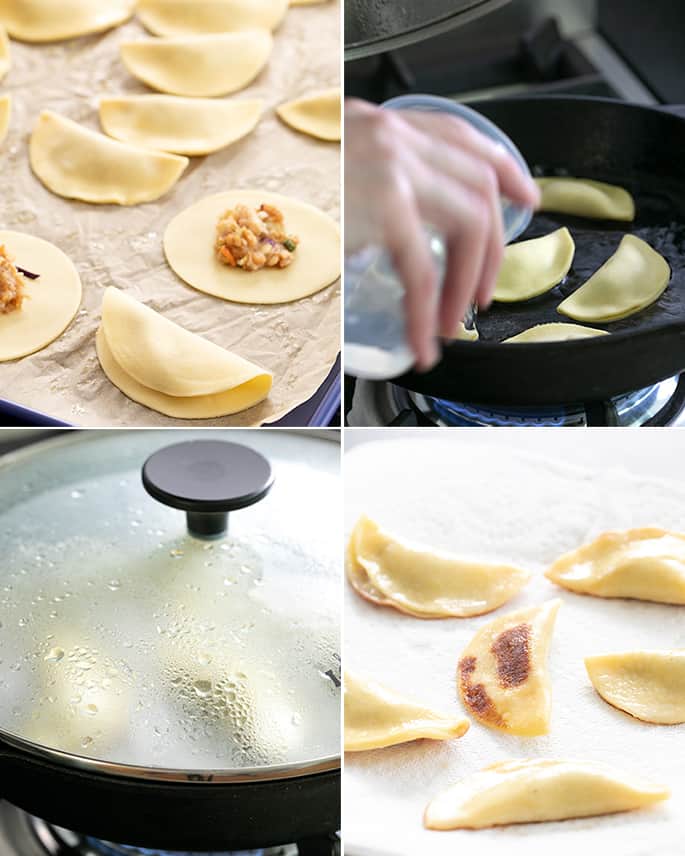 The eggs are the absolute most difficult thing to replace in the recipe for gluten free won ton wrappers. You can change up the filling any which way, and even use water in place of the egg wash to seal the potstickers.

But replacing the eggs in the won ton wrapper recipe is not something I know how to do. The recipe is so incredibly simple, composed of little more than gluten free flour, eggs, and water.

The eggs provide structure and bind the ingredients together. You may be able to replace the eggs with a combination cornstarch slurry and additional xanthan gum, but it would require some serious experimentation. I’m working on it!

You could also make the filling with crumbled tofu in place of the ground meat, but you’ll need an additional binder. Adding some beaten egg to the filling might work.

Both gluten free soy sauce and tamari are soybean-based. If you can’t have soy, try using Coconut Secret coconut aminos, which is soy free.

Coconut aminos sauce tends to be a bit sweeter, so it’s not a perfect substitute but it does provide that umami flavor we’re looking for. Bragg’s brand liquid aminos contains soy, so it’s a soy sauce alternative but not one that is soy-free. 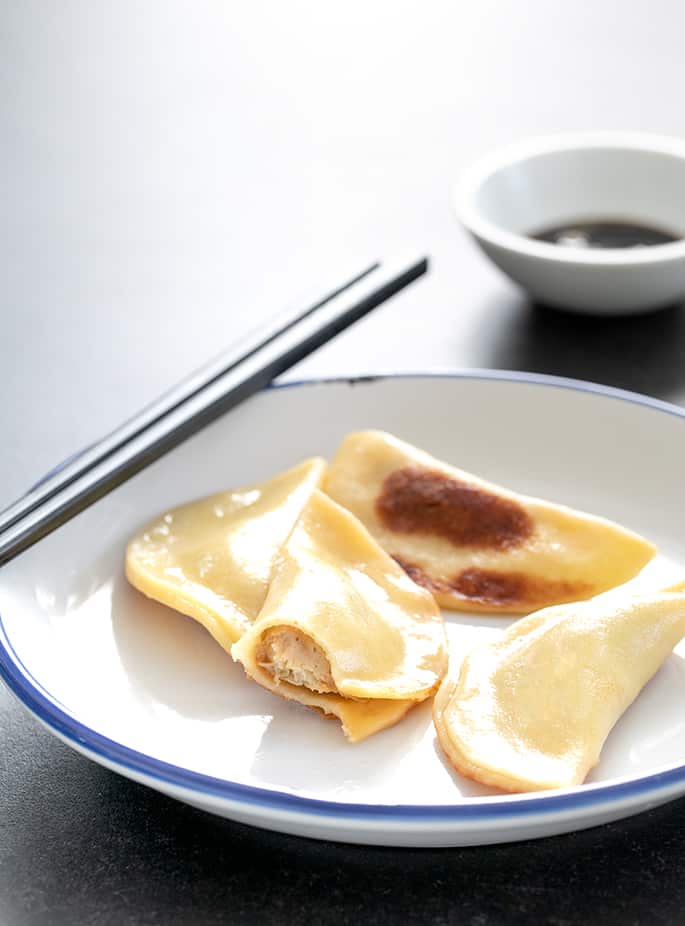 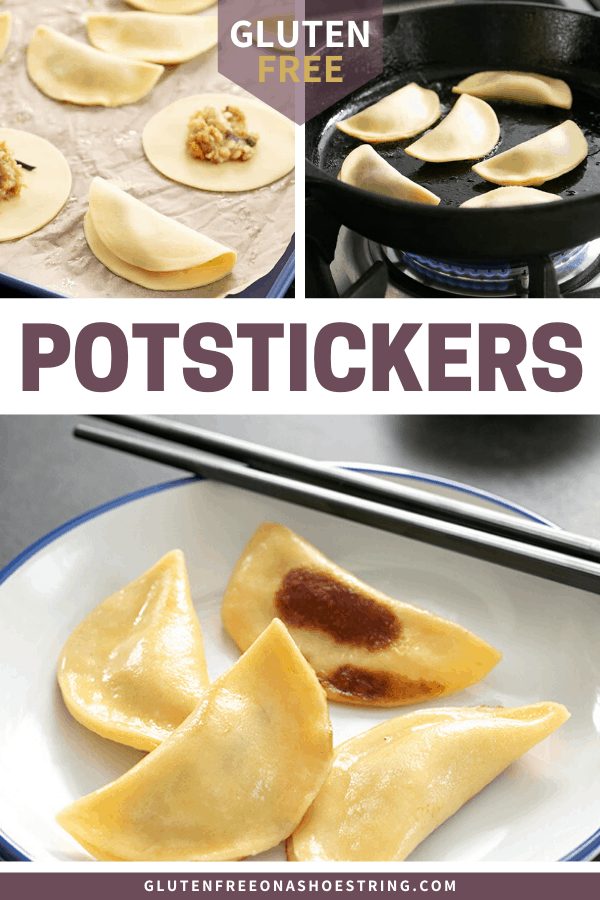 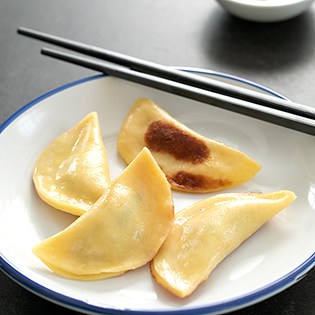 4 to 6 tablespoons (28 to 84 g) neutral oil (like grapeseed, canola, peanut, or vegetable oil), for sautéing 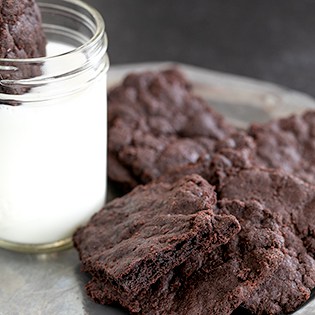 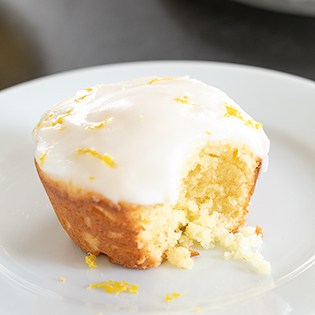