November 6, 2013 by Nicole Hunn
Posted In Bars, Brownies, Desserts
No ratings yet!
29 comments 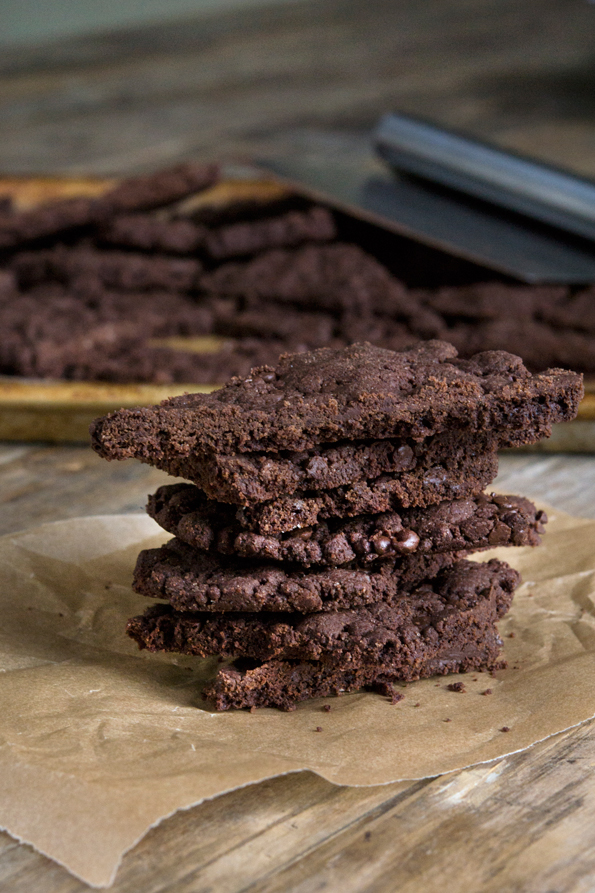 [pinit] After my 8 gluten free brownie recipe extravaganza, where I feared that I had possibly overdone things in the brownie department, our friend and fellow blog reader Donia /rhymes with Lasagna/ wrote me to tell me how wrong, very very wrong, I was. I had underdone gluten free brownie recipes! She told me about a crunchy brownie, but I’m not allowed to say the name of it because I got a letter from a lawyer. It’s a crispy top-of-the-brownie treat that is apparently taking the snack world (and Costco) by storm! I had never even heard of it (I don’t get out much), and they definitely don’t have a gluten free variety. So … I did the only reasonable thing. I made my own.

I scoured the company’s website, read all the amazon reviews I could find on this stuff, then turned to the ingredient list itself (that is always my copycat recipe starting point). These gluten free crunchy brownies have all the richness and chocolatey-ness of brownies, but in a crispy snackie little thing. You’re gonna love it. 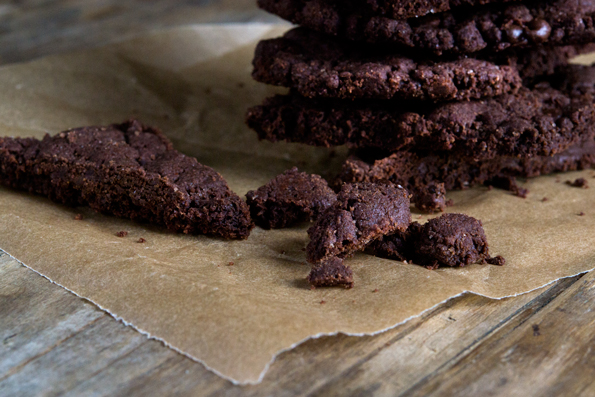 It’s really quite crumbly (kind of like the crispiest gluten free chocolate chip cookies, which I also used as a guide for creating the recipe), but in the very best way. 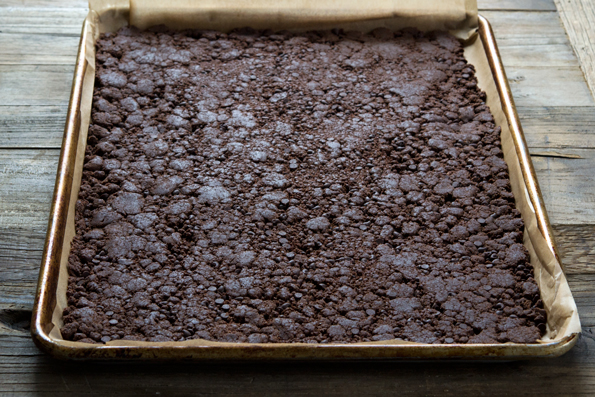 The unbaked batter doesn’t look too different from the final brownies. Once it was baked, I broke it up into triangles with the edge of a bench scraper, but mostly because I wanted to be sure I got some pretty pieces since I take pictures of my food. If you’re normal, and don’t photograph your food, you can just break it up all irregular-like.

So … do you know of these crunchy brownies? Or are you like me and had to wait for Donia to tell you about it?

P.S. Have you pre-ordered Bakes Bread ? The first giveaway will be announced next Monday. Order now and join us!