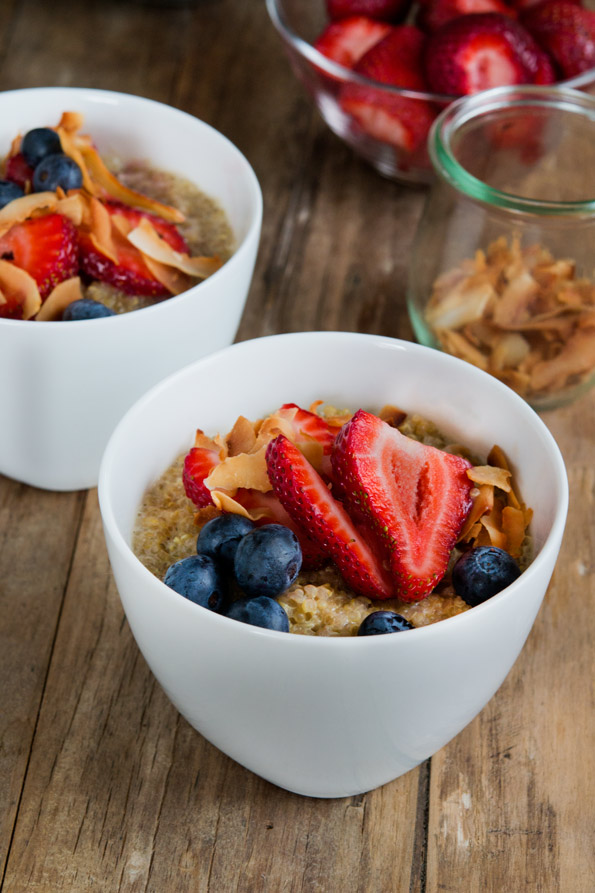 [pinit] This may sound like a no brainer, this gluten free breakfast quinoa. But even though I've made straight-up quinoa, like, a million times, I was having some serious trouble making a lovely, bright and tasty breakfast quinoa. I found that cooking quinoa with milk (any kind of milk) either made an unholy mess, as the milk bubbled up out of the pan and all over my stove, or the quinoa was bitter and just not breakfast-worthy. Until now. Breakfast quinoa pay dirt. Anyway even though it's of course the middle of the summer right now, I've got early morning pre-school breakfast on my mind and I need alternatives. And it wouldn't hurt to find a filling, healthy breakfast that all 3 of my kids love—and only takes a few minutes to whip up in the morning. It turns out it's all about the proportion of milk to quinoa and the amount of time you simmer the mixture. 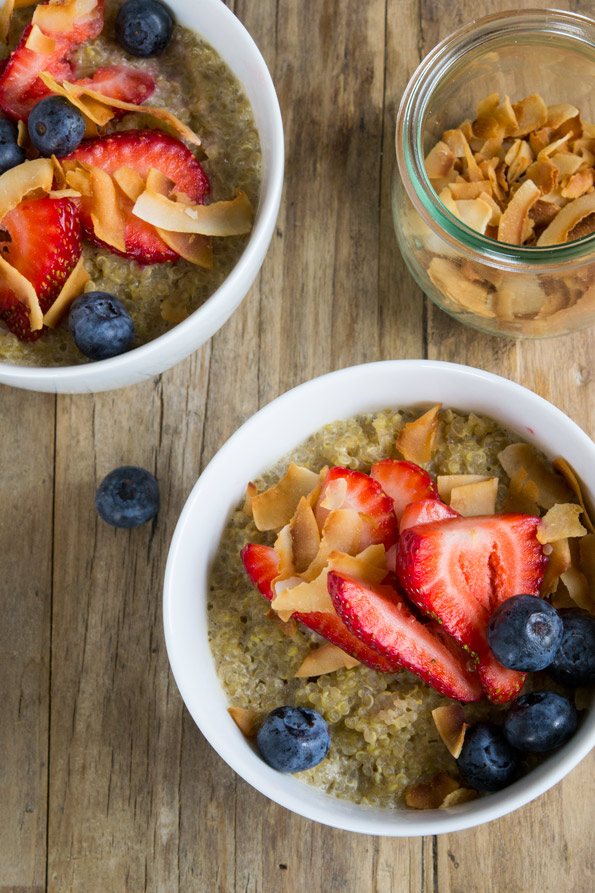 In case you think that my family's food life is smooth sailing all the way since I cook, bake and write about it for a living, it's as normal and usual a food life as you can imagine. All 3 of my kids love things like gluten free oatmeal squares and gluten free granola bars, but just one square or bar isn't necessarily enough to satisfy them (and for most days I'd prefer something lower in sugar than at least the oatmeal squares). One of my 3 kids will eat pretty much any breakfast food (and loves quinoa any way shape or form I make it), but the other 2 have all kinds of opinions (about quinoa, especially). And they're not afraid to express them. Whatever happened to children being seen and not heard? 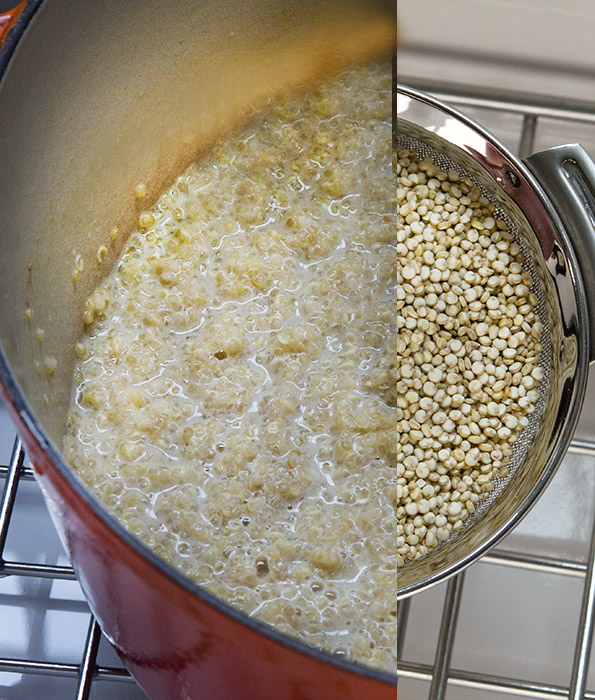 But this is the gluten free breakfast quinoa that will have them all singing breakfast kumbaya. The secret to making it just right, in case you're wondering, is to use a bit more than twice as much milk as quinoa. So here it's 1 cup quinoa to 2 1/2 cups milk. Then make it in a too-large saucepan, start out with the pot covered and then finish it uncovered, cooking it just until it thickens enough to sputter and spurt. This way, you get no messy stove, and porridge-like quinoa that is has a consistency similar to oatmeal. 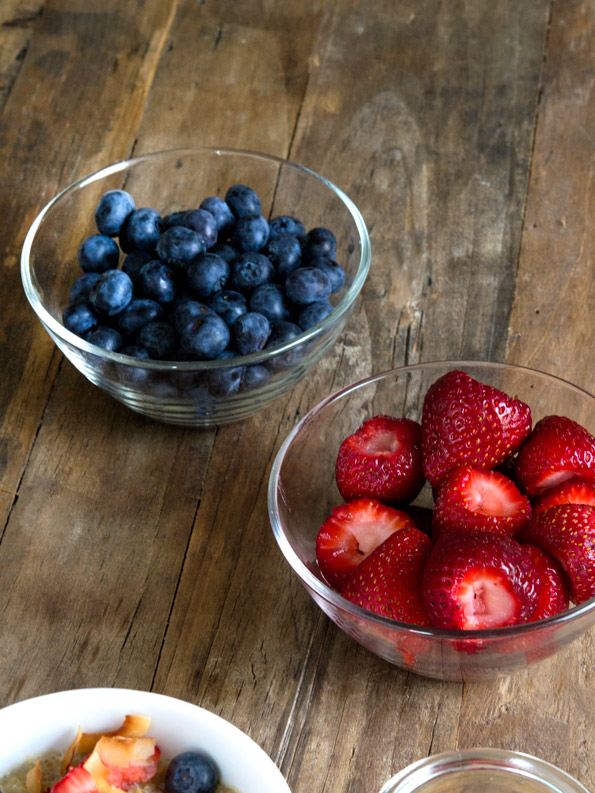 A couple tablespoons of pure maple syrup is all it takes to sweeten the quinoa enough to remove any bitterness. I really like using an unsweetened nondairy milk so I can control the amount of sugar. Now you don't have to garnish it with summer berries and toasted coconut chips. But you really should at least consider it, since it's a really nice breakfast. The lightly sweet quinoa is tasty enough on its own to be a satisfying breakfast alternative to gluten free oatmeal. But I say it's summertime. Let's live a little.