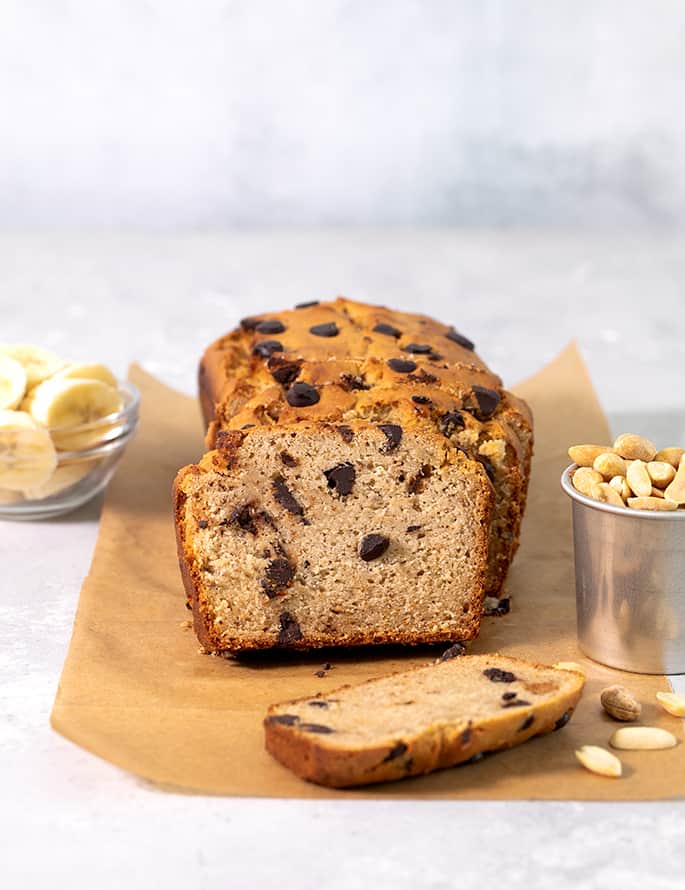 Do you bake with peanut butter often? All of my children love peanut butter, and it’s saved us many times when we were low on other sandwich fillings. Peanut butter and honey sandwiches are a favorite.

Peanut butter, unlike actual dairy butter (or even nondairy kinds of butter), has a tendency to make baked goods dry. Even though I do sometimes toy with the idea of going back to school yet again (after a law degree and a master’s in social work, I think I’m done!), I’m not a food scientist so I don’t really know exactly why that is.

I still love baking with peanut butter, and it can be a great way of baking flourless goodies. In fact, my recipe for flourless peanut butter cookies is one of my absolute favorites of all time.

But there’s something about adding peanut butter to a recipe with flour, especially, that can be tricky. So you just need the right balance of ingredients in the recipe. 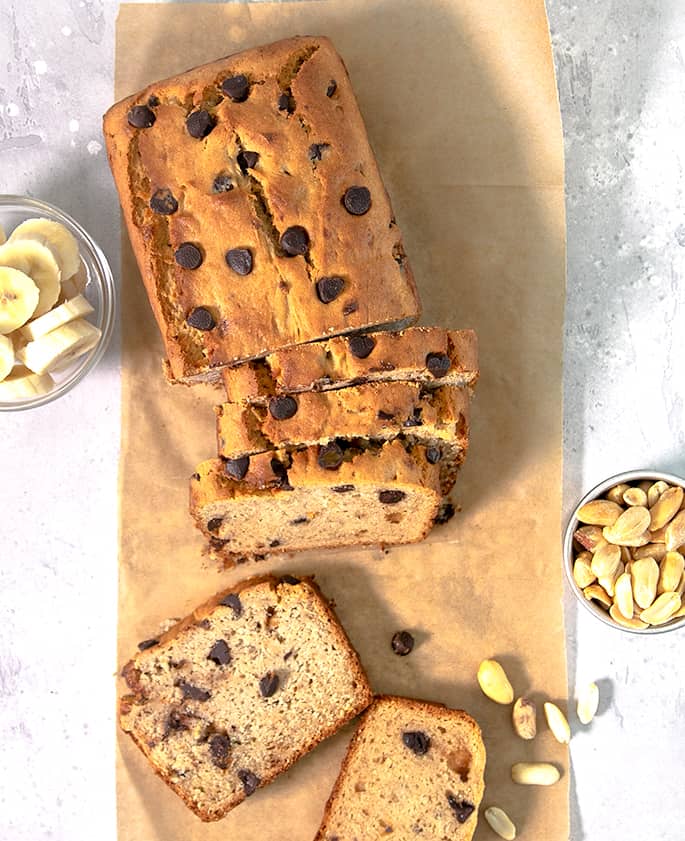 Years ago, we stumbled upon powdered peanut butter, which is made from peanuts that have been pressed to remove most of their oil. The peanuts are then ground into a fine powder. At the time, the only brand we knew of was PB2 and we had to order it online.

These days, powdered peanut butter is made by lots of companies, and is available in most larger grocery stores. We still generally buy PB2 brand, and I love using it in Weight Watchers-friendly recipes since it’s much lower in fat but still has lots of protein and fiber. But using PB2 brand is mostly a matter of habit. 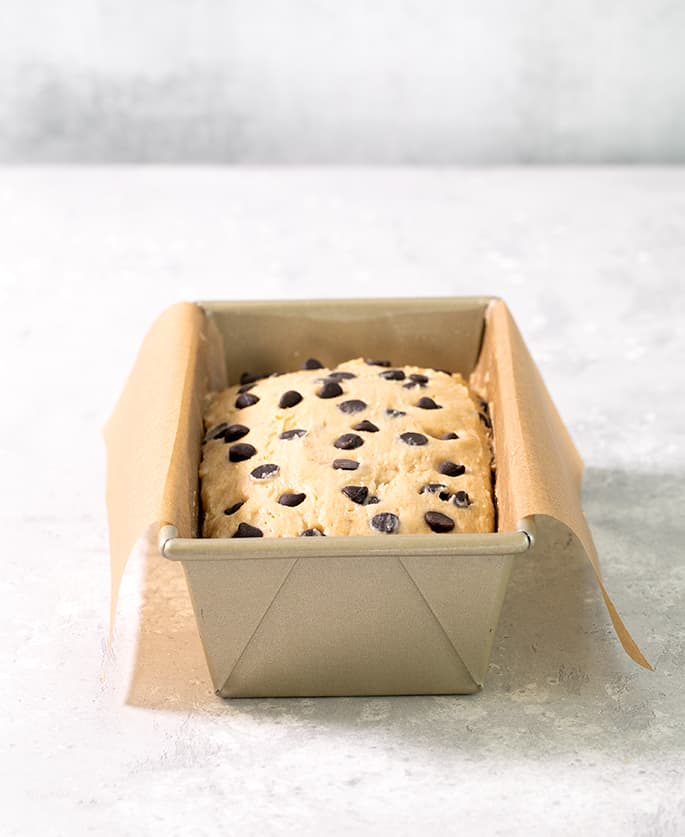 Most people love bananas, but I do know that some of you just hate them. If you hate bananas, then I’d really recommend skipping this recipe rather than trying to substitute them for something like applesauce!

I love just-ripe-almost-green bananas for eating, but the moment they get spotted I’ll pass. But the brown ones are the ones you want for baking, and having a favorite banana bread recipe is essential for such an occasion.

Since you can’t stop a banana on your kitchen counter from ripening, though, those ripening bananas should be frozen. Just peel and chip them into large chunks, place them on a baking sheet and put them in the freezer. Once they’re frozen solid, pile them into a zip-top bag and store them in the freezer.

If you’re looking to make a smoothie, you’ll use the bananas frozen. If you’re baking with them, just allow them to thaw on the countertop or pop them in the microwave for a few seconds to thaw out. Once they’re frozen, you really can’t divide them so it’s best to chop them before freezing. 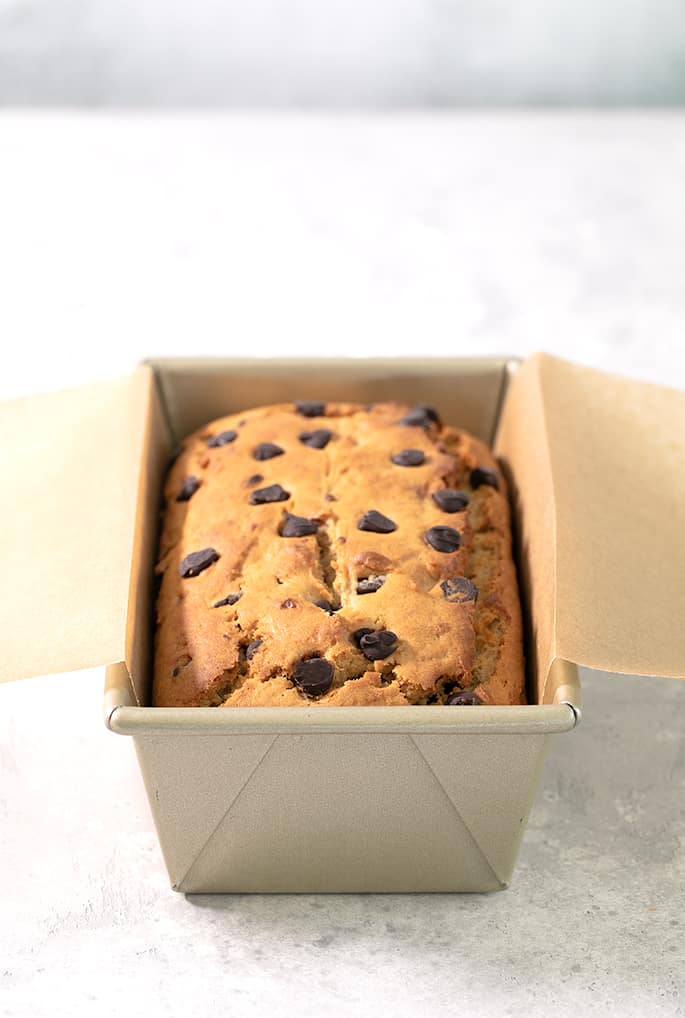 Dairy-free: As one of my children is dairy-free, whenever possible I test new dairy-containing recipes with dairy-free replacements. In place of the butter, I used melted and cooled virgin coconut oil.

In place of the sour cream or plain yogurt, I used plain nondairy yogurt. It wasn’t Greek-style, so I strained it to remove some of the moisture. Just be sure you’re using dairy-free chocolate chips, though. I like Enjoy Life brand.

Egg-free: Since there is only one egg in this recipe, I think you could probably replace it with one “chia egg” (1 tablespoon ground chia seeds + 1 tablespoon lukewarm water, mixed and allowed to gel). I haven’t tried that, though, so you’ll have to experiment.

Just check labels to make sure they’re gluten free, as not all fancy chips like that are GF. You could also use chopped walnuts or roasted peanuts, or a mixture of whatever you like. Don’t use too many, though, or they can overpower the other flavors in the bread. 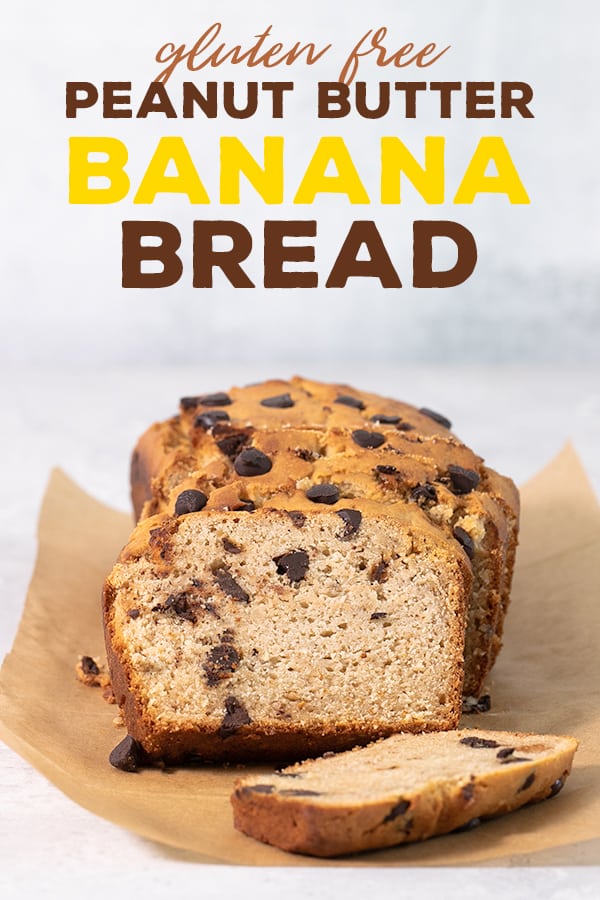