This quick chocolate chia pudding is thick, rich and healthy, and ready to eat right away. Chill it only if you like it cold! 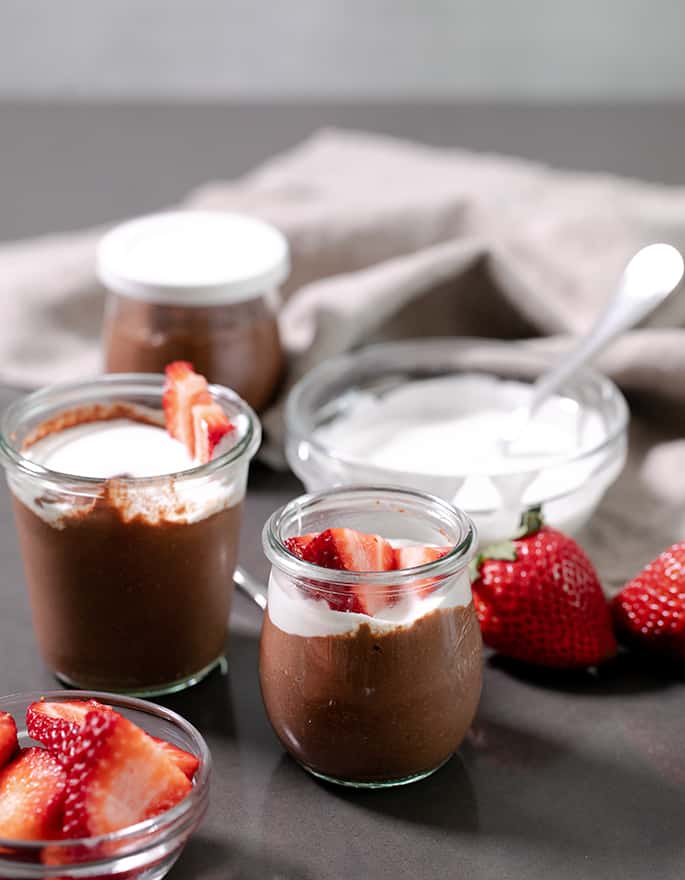 What is chia pudding?

Chia pudding is typically just a mixture of some type of milk, some type of sweetener, and chia seeds. The “traditional” way to make chia pudding is to combine the ingredients in a sealed container, and then allow them to soak overnight in the refrigerator. It's very similar in method to overnight oats.

Years ago when my 3 children were all quite small, we went to a fast-casual chain restaurant in Manhattan called Hu Kitchen. Everything in the restaurant is gluten free, and much of it is Paleo. My husband and I were so happy just to relax and not have to worry about our gluten free son getting sick—but it was a little “weird” for young kids.

Luckily, all of the kids really liked what they ate so on the way out, we noticed they sold chia pudding. The kids were dying to try it. I knew it was superfood-good-for-them and that they might not be willing to eat it at all if I had just made it at home. So we went for it.

My 2 girls loved it—and still do to this day. I think my son liked it, but he's since basically refused to eat it even though I make it often at home. 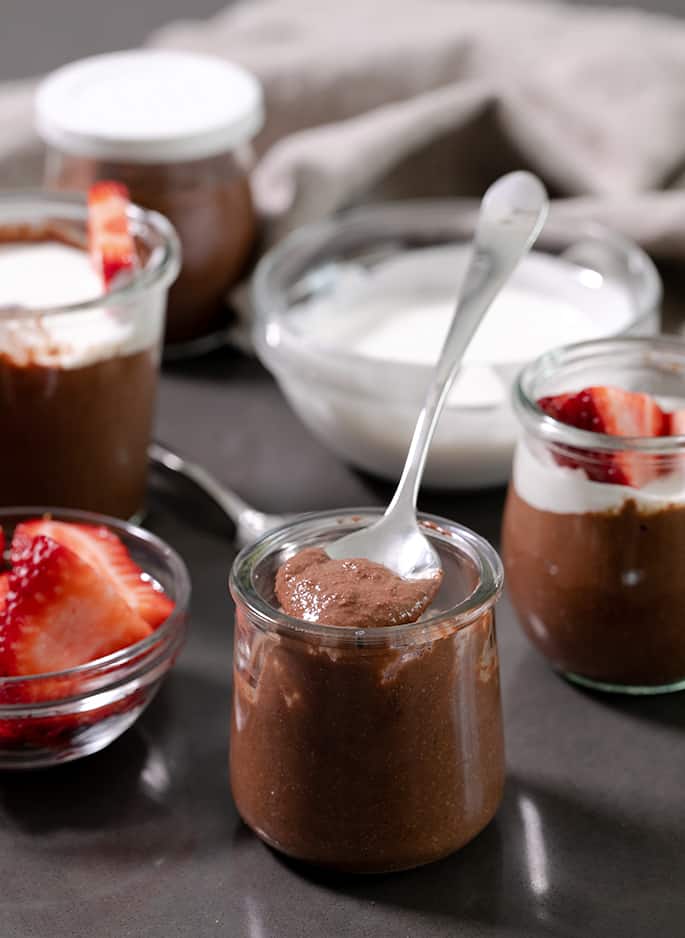 First of all, I don't like waiting overnight. It's often worthwhile, and overnight-style icebox recipes are usually super easy to make. But often my kids are “still hungry” and they need something right away.

I wanted to be able to mix up chia pudding, have some now, and still have some for another day. Blending the chia seeds seems to activate their thickening powers immediately.

Adding freakishly absorbent coconut flour to the mixture also helps to thicken the texture of this chocolate chia pudding. And since cocoa powder and maple syrup provide the perfect amount of richness and sweetness, you can't taste the coconut flour at all. 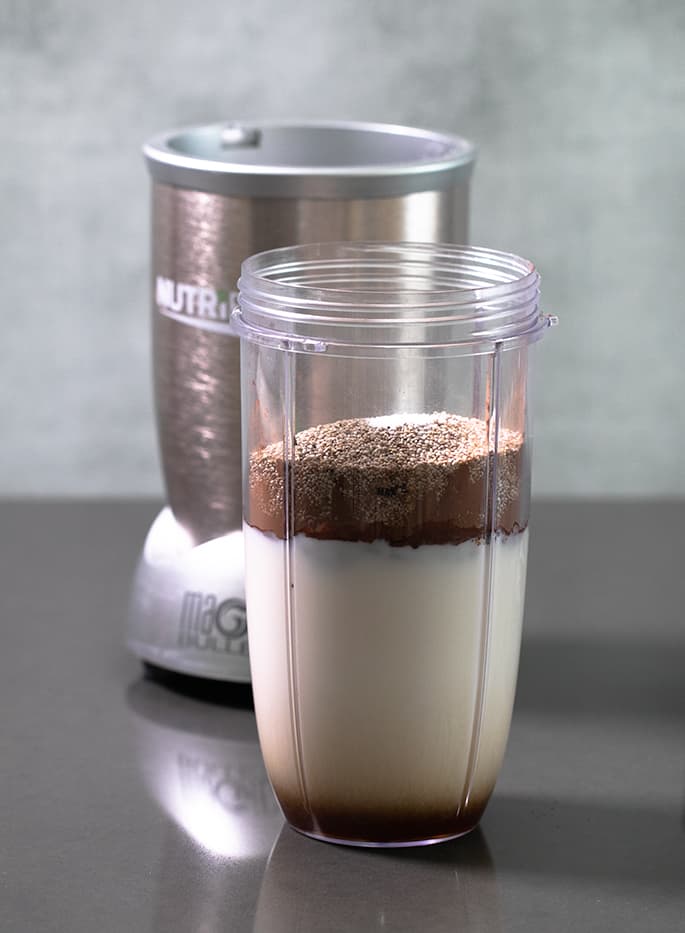 A note about blenders

You'll notice in the video below and in the photo above that I used a NutriBullet blender. You don't need a super high powered blender like a Blendtec or Vitamix to make this pudding.

I've actually never owned a Blendtec or Vitamix. I've always been stuck not only on the price (and the fact that it tends to be presumptuous to assume that my readers have those crazy blenders) but on the fact that each brand seems to have tremendous drawbacks. If you're going to spend that much on a blender, shouldn't it really have zero drawbacks?

A NutriBullet is a great blender, and you can usually shop around for a relatively reasonable price on one of them. I got mine at Kohl's—with a coupon! But a “regular” blender will work in this recipe. 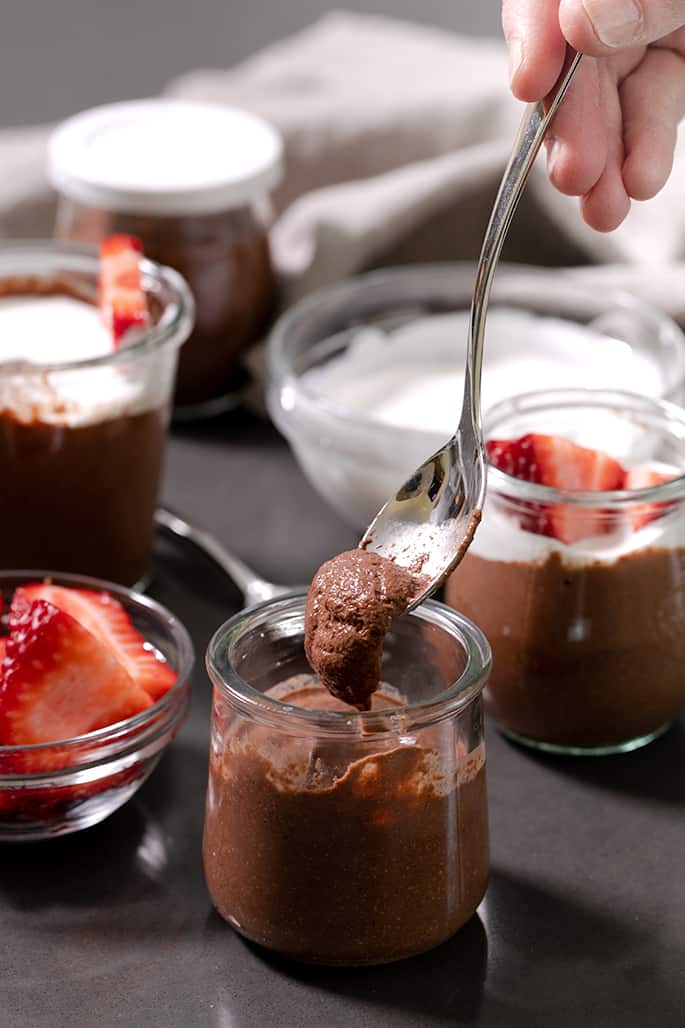 This recipe is Paleo, so it's already gluten free, grain-free and dairy-free. It's a “chia pudding,” so I'll skip trying to help you make it without chia seeds if you don't mind. :) Other than that, here are my best guesses for substitutions:

I also have a sneaking suspicion that you can make this into a fruit-flavored chia pudding by replacing the cocoa powder with an equal amount of freeze-dried berries ? ground into a powder. And I think it would be absolutely amazing.

Maple syrup: I've found that using less maple syrup not only makes this recipe less sweet, of course, but it also reduces the richness quite a lot. To make the pudding sugar-free, I'd recommend trying Lankato brand maple syrup substitute. Stevia drops may work, but you might also have to adjust the texture.

You can easily replace the maple syrup with honey, which I've tried. It actually makes for a thicker pudding, since honey is more viscous than maple syrup, but the taste of the honey is a bit strong for my taste.

Coconut flour: Other than blending the chia seeds rather than just waiting for them to soften and thicken the liquid as they sit overnight in the refrigerator, coconut flour is the secret to making this instant chia pudding a success.

There is no clear way to replace coconut flour since it's so uniquely absorbent. However, you can try adding more chia seeds (about double the weight of the coconut flour) in its place if you must omit it.

Watch this quick video on how to make chocolate chia pudding in an instant!

Click play ▶ on the photo below to play the 50-second video on how to make this easy recipe. Then, make your own! If you can't view the video, make sure you're not using an ad-blocker, and then try a different browser, like Chrome. I promise it's there! ? 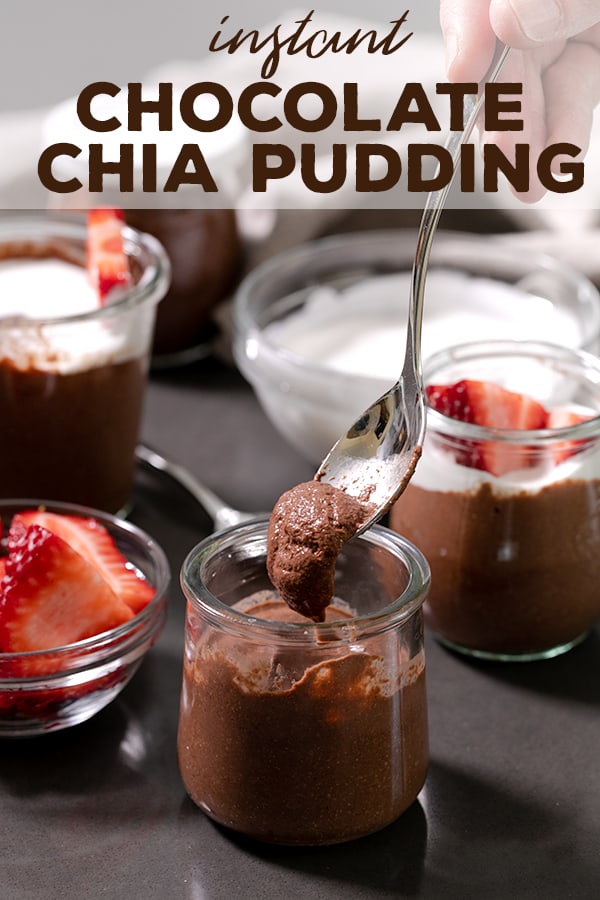 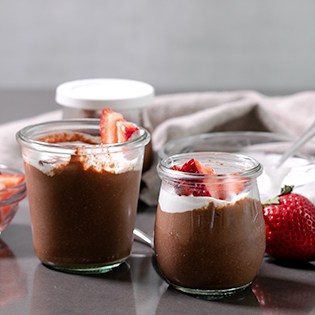