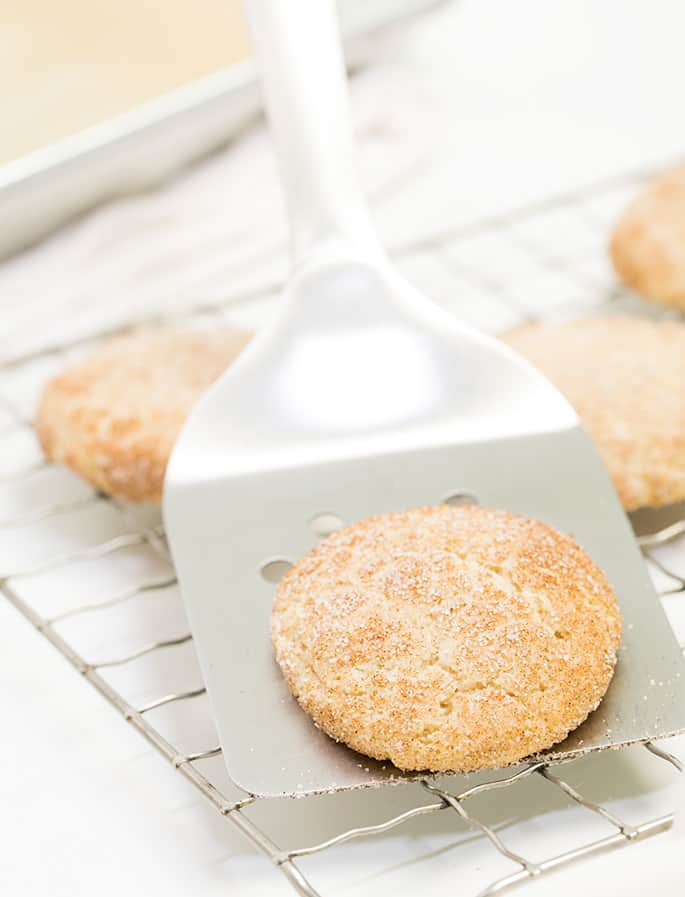 These gluten free snickerdoodles are the classic, super-soft cookies you remember, with that classic, crisp cinnamon-sugar crackle outside. The perfect cookie!

If you have childhood memories of snickerdoodles, then I bet your mom’s recipe is The Best (says you). I had never even heard of these perfect cookies with the funny name until sometime in the 2000s. Crazy, right?I don’t have anything to compare them to. Yet I’m still certain that this recipe for gluten free snickerdoodles is, in fact, The Best.

That means that I don’t have anything to compare them to. Yet I’m still certain that this recipe for gluten free snickerdoodles is, in fact, The Best.

And not for nothing, but they make amazing ice cream sandwich cookies in the summertime. ☀️ Try my 3 ingredient no churn vanilla ice cream for the perfect treat. 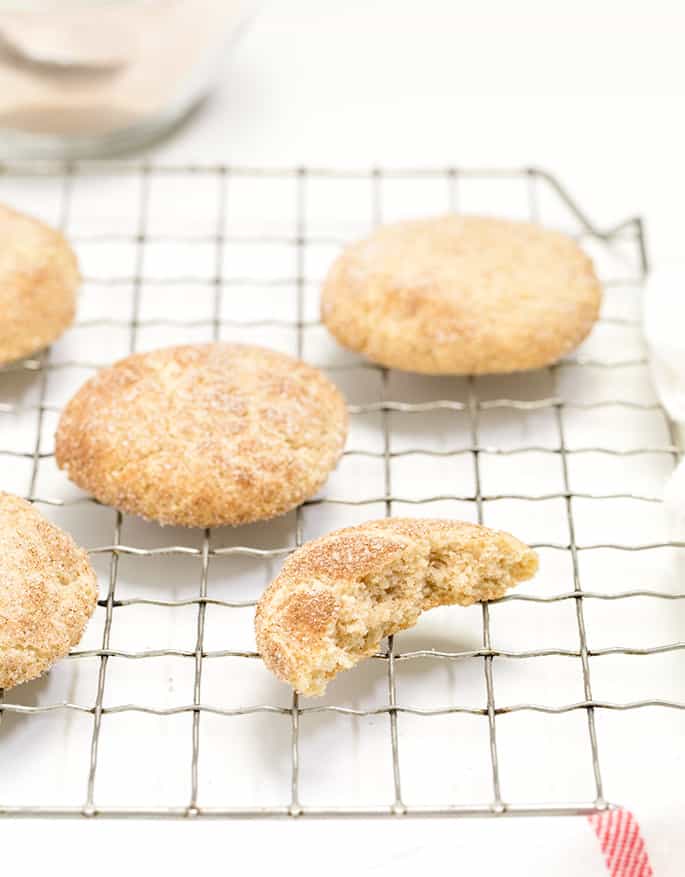 The cinnamon-sugar on the outside is kind of crunchy, and the inside is a bit chewy but almost cakey but smooth. The trick is to get the cookies to crackle, but not to brown much at all.

You want the color to come mostly from the cinnamon-sugar mixture. This recipe gets the job done. 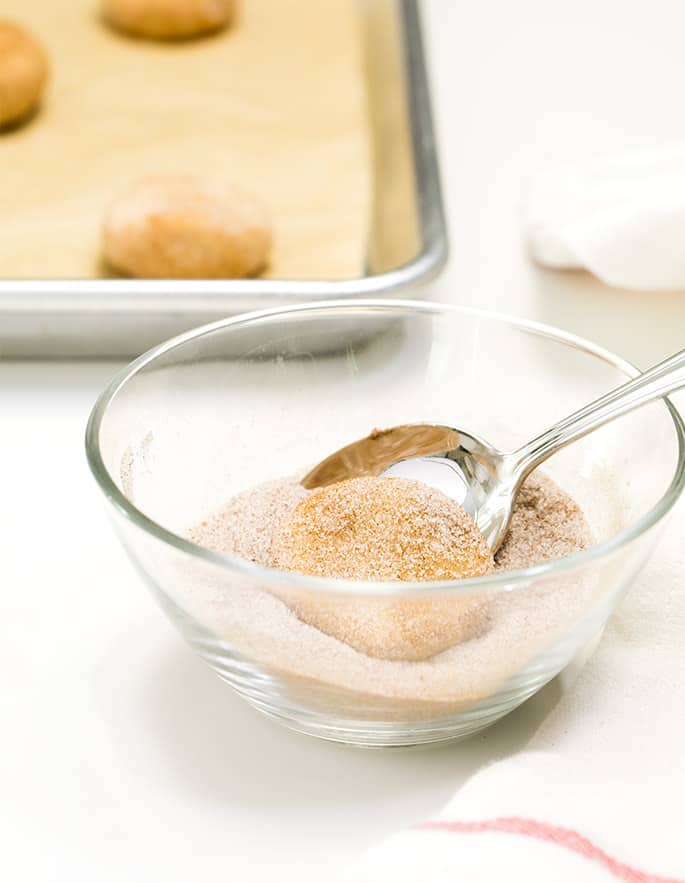 Whatever you do, don’t skip the cream of tartar in this recipe. It gives the cookies their iconic tang and chewiness, which transforms them from butter cookies to, well, snickerdoodle cookies.

Cream of tartar is a dry, white acidic powder that’s made when grapes are fermented into wine. You’ll find it in the spice aisle of most regular grocery stores, and it’s super useful for lots of things like stabilizing beaten egg whites instead of using lemon juice. 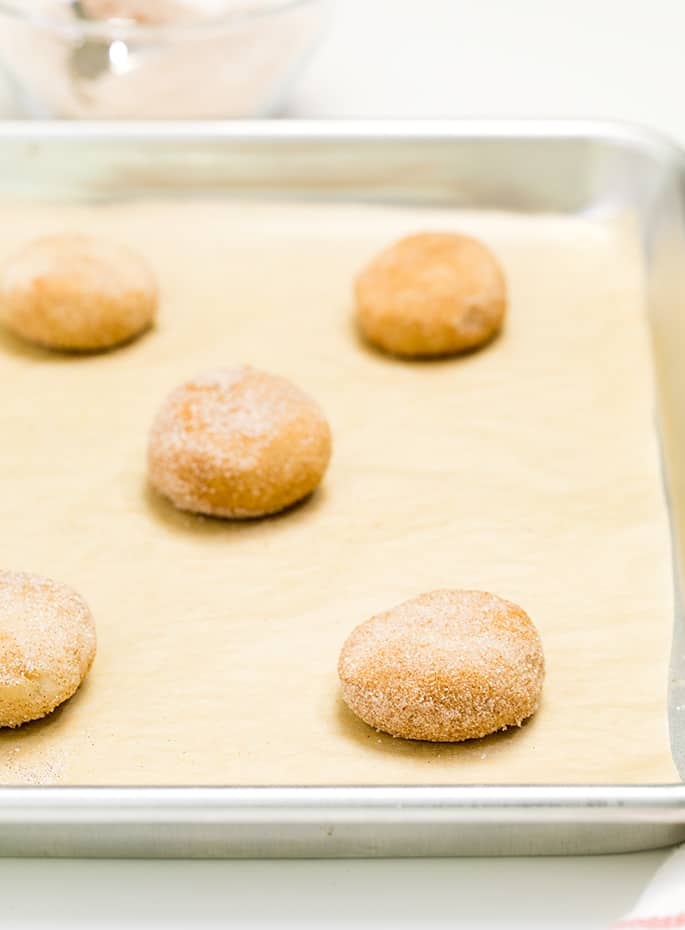 Simply toss the disks of raw cookie dough in the cinnamon sugar mixture once, then chill the dough. Some of the coating will absorb into the cookies. Toss them again, and that extra layer of goodness is insurance that it’ll crackle in the oven. 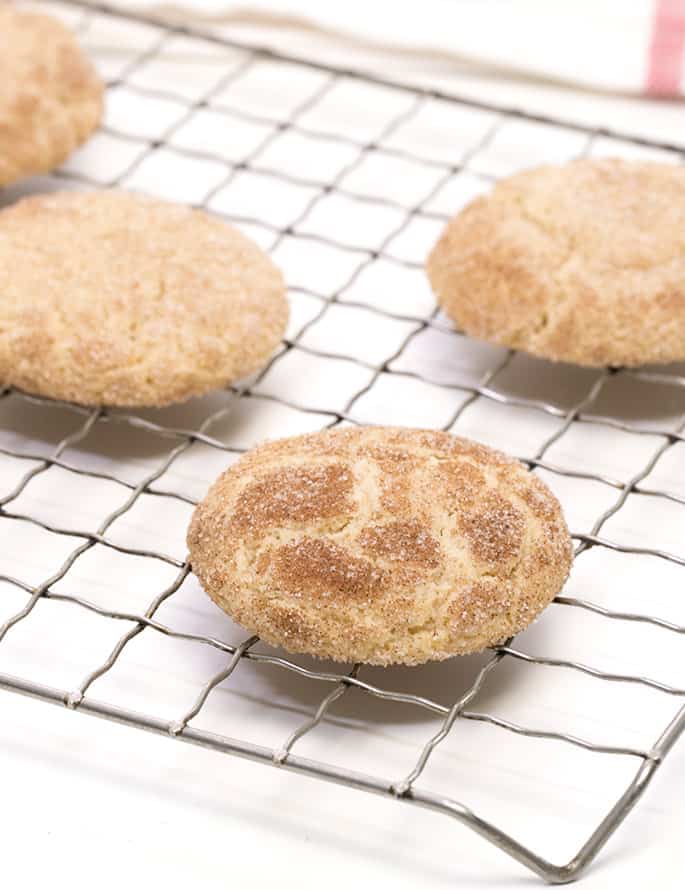 Dairy Free: Since my oldest child is newly (and hopefully temporarily, but who knows?) dairy free, I’ve made these cookies with Earth Balance buttery spread in place of the butter. I made a gram for gram substitution of the buttery spread, and the recipe worked perfectly. I did find that they didn’t brown as quickly, so the cookies turned out more pale. No biggie.

Egg Free: I haven’t tried this recipe with an egg substitute, but I think it would work fine with a “chia egg.” Any recipe that has only one egg should work fine that way.

Click play ▶️ and watch me make them. Then it’s your turn!