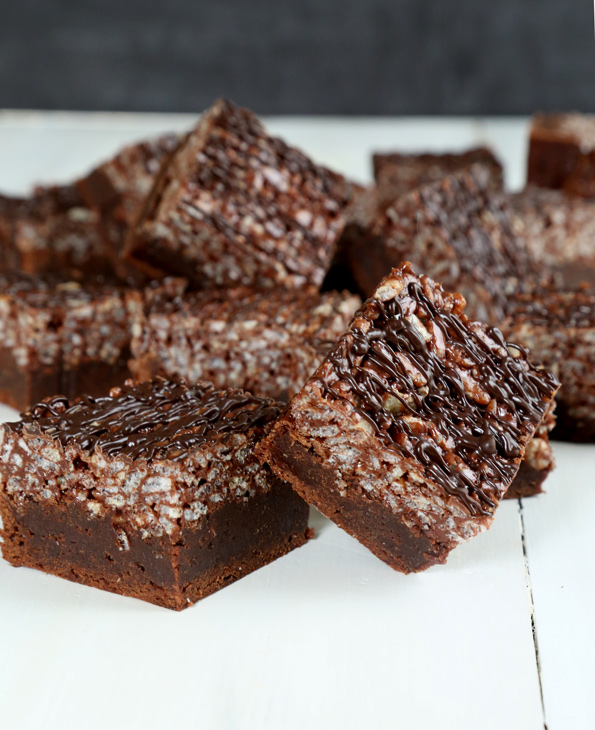 These gluten free crunch brownies are a welcome addition to any cookie plate (or box!), as they're a lovely change of pace from your regular cookie fare. The recipe is adapted from Mel of Mel's Kitchen Cafe's recipe for Killer Crunch Brownies, and I have to admit I changed them all around but the concept of a rich brownie layer and a rice krispie treat style top is purely Mel's (well, purely the concept of a former coworker of Mel's husband Brian but you get the idea).

My children always want me to make them Rice Krispies Treats, and since I bake all.the.time anyway I just don't do it for them, like, ever. My recipe with the homemade marshmallows is so super easy, though. 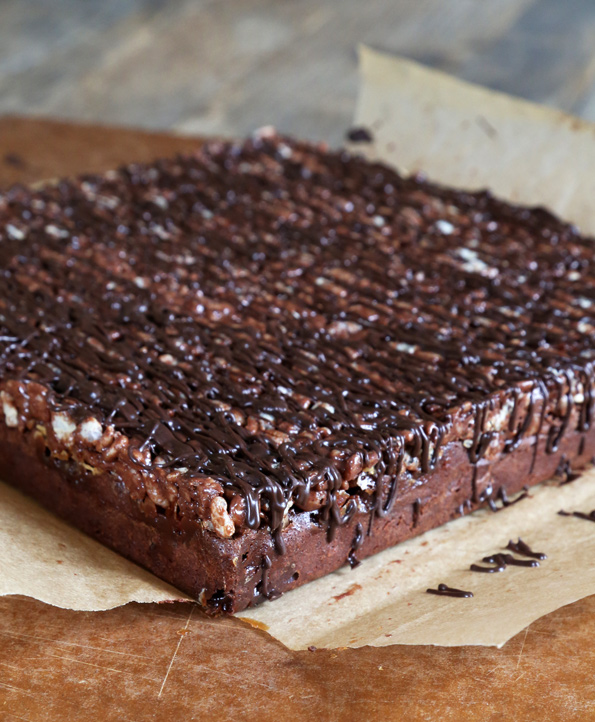 The brownie layer I made has a bit of sour cream in place of some butter I'd normally use in fudgy, rich brownies. It does a wonderful job of making these gluten free brownies a lovely cross between cake-like brownies and fudge-style brownies. 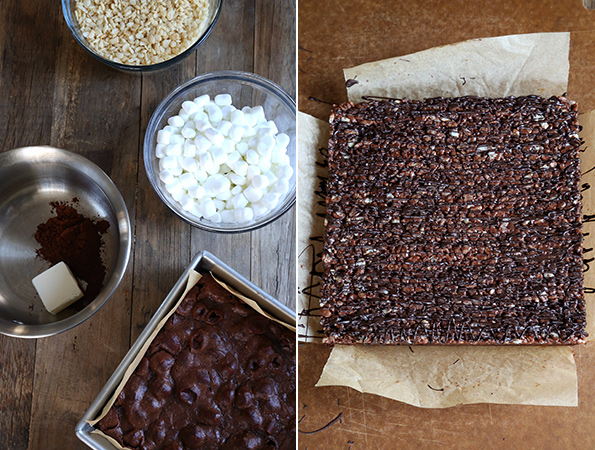 I also baked some miniature marshmallows into the brownie batter (not a lot—just a cup), but you can leave them out. It helps tie the brownie layer itself to the rice krispie treat layer. You feel me? 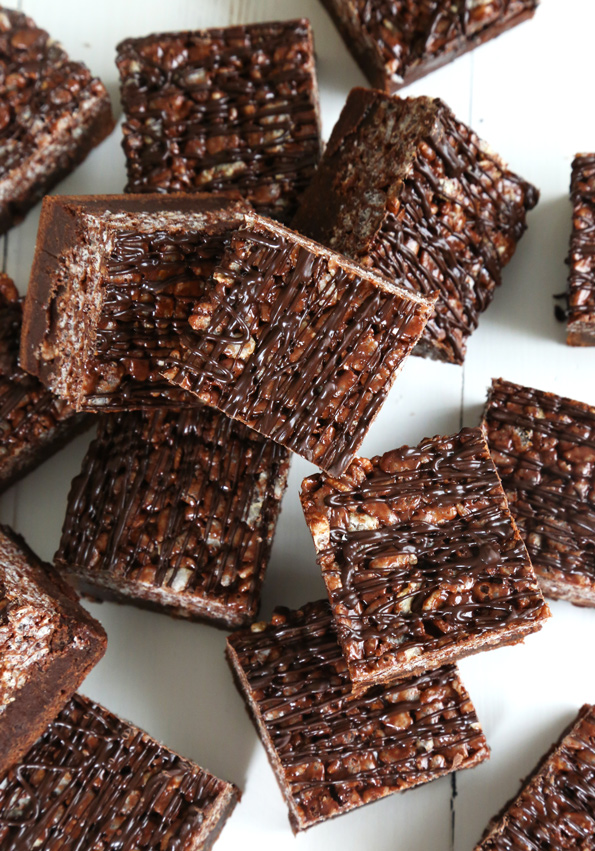 These really are simple to put together, and you can make them almost as far ahead of time as you'd like (with only 3 days left before Christmas, I see how that isn't a big selling point, but it's a concept—go with it). I drizzled the top lightly with some melted chocolate, but I have to be honest that I'm not even so sure you can taste it. It's more for dramatic effect than anything else.

If you don't have sour cream, you can try replacing it with Greek-style yogurt (nondairy should work just fine, too).

To make these dairy-free, I'd try replacing the butter with butter-flavored Spectrum nonhydrogenated shortening, or Earth Balance buttery sticks. Either should work fine, but you'll have to experiment because I haven't tried it.

For gluten free crisp rice cereal, be careful. Not all rice krispies are gluten free.

In the U.S., Kraft Jet-Puffed miniature marshmallows are gluten free, as are Campfire brand. 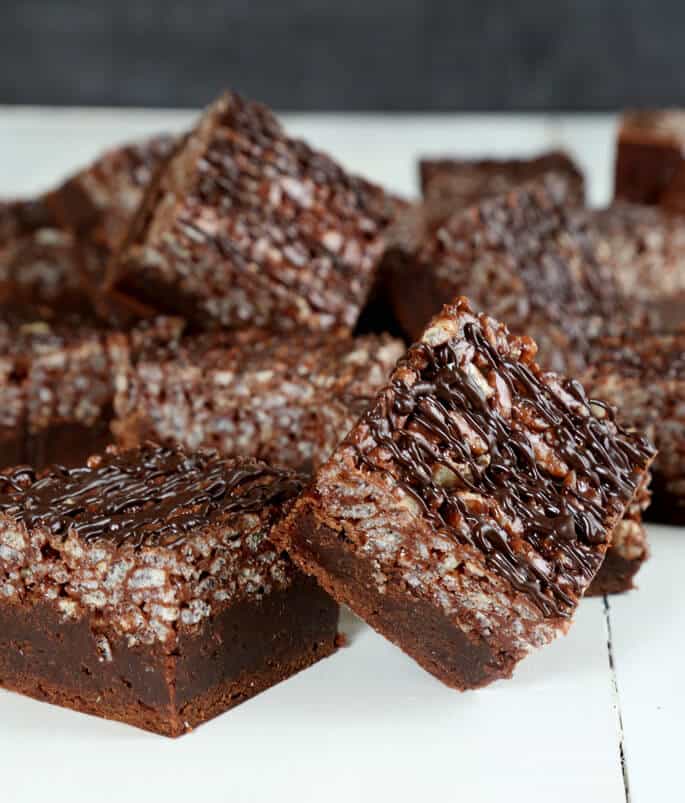 3/4 cup (105 g) all purpose gluten free flour (I used my Better Than Cup4Cup blend once, and Better Batter another time—both worked great)

*You can also use my recipe for Super Fudgy Gluten Free Brownies for the brownie layer, if you prefer.