These elegant gluten free coconut cupcakes are made with real coconut chips ground into the sugar, plus coconut extract, for maximum coconut flavor. 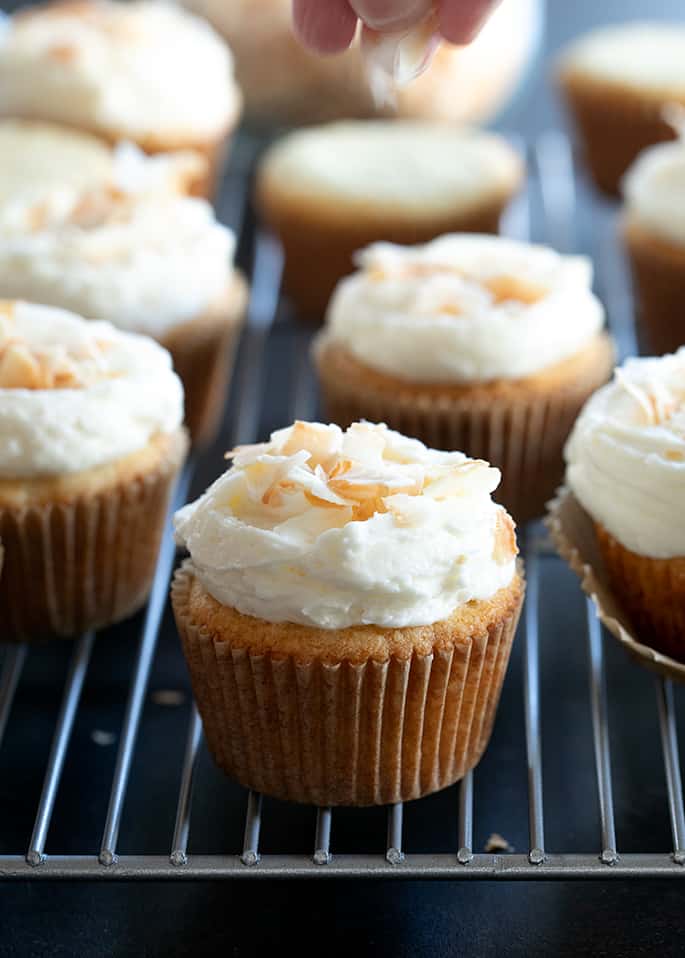 Make a coconut lover out of anyone…

Assuming you can safely eat coconut, I think these moist and tender gluten free cupcakes will make a coconut lover out of pretty much anyone.

Growing up, the only “coconut” I had ever tasted was the overly sweetened type of shredded coconut. It was something to be tolerated when it showed up on the bunny-shaped cake my father made for my sweet at-home birthday party.

I guess it was popular back then for decorating because it was easy to tint the white shreds any color you liked? The moment I tried the wide, flat unsweetened coconut chips, I became a coconut lover.

Of course, if you're allergic, then don't go near coconut. But try all of our other recipes for gluten free cupcakes. I'd suggest starting with gluten free vanilla cupcakes. 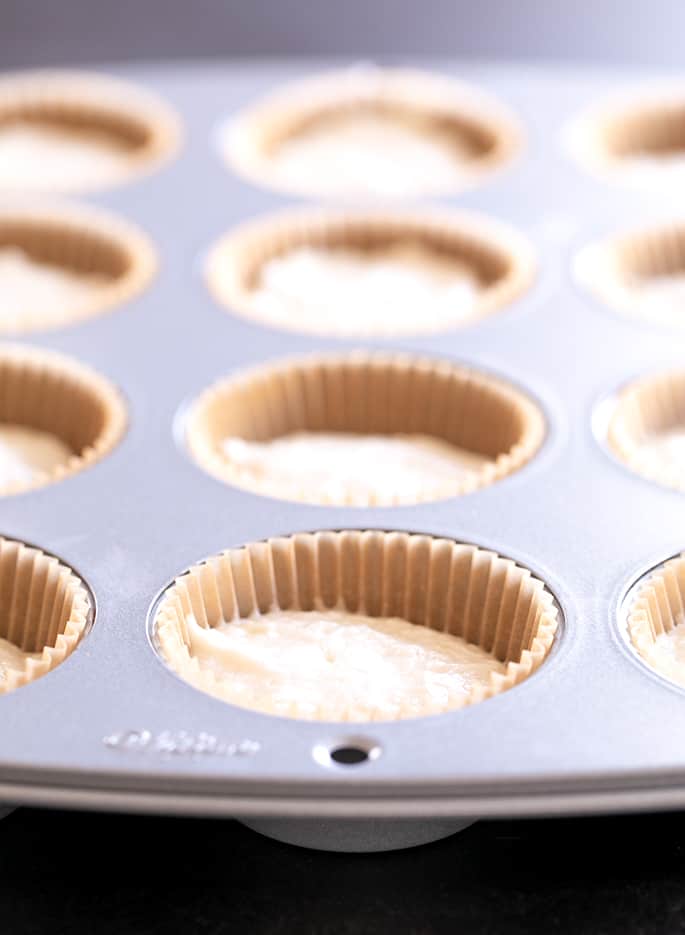 All about coconut chips

Coconut chips can be purchased dried and otherwise raw or even already toasted. I buy my chips now at my local Trader Joe's, and I toasted whole bags and store them in a sealed glass container on the kitchen counter. They're perfect for tossing into muesli or a quick batch of maple almond granola.

Even though I love toasted coconut chips, I don't care for the texture of them when it's baked into cake. So, instead, in this recipe we process the raw coconut chips with granulated sugar before adding them to the batter.

Combining the coconut with the sugar flavors the whole cake but still makes for a cupcake with a super tender crumb. If you don't care about keeping the cupcakes themselves white inside, you can toast the chips before combining them with the sugar for a stronger coconut taste.

How to decorate the cupcakes with frosting

These cupcakes make a lovely presentation even though they don't have any bright colors at all. The contrast between the super white frosting and the white cakes with the golden brown edges on the cupcakes and the toasted coconut chips is really special.

Since the coconut in these cupcakes is really prominent, and the coconut chips are rustic, I really like to frost these in a “messy” way. You can do that by piping frosting on top of each cupcake with a large open piping tip and then smashing it down a bit. 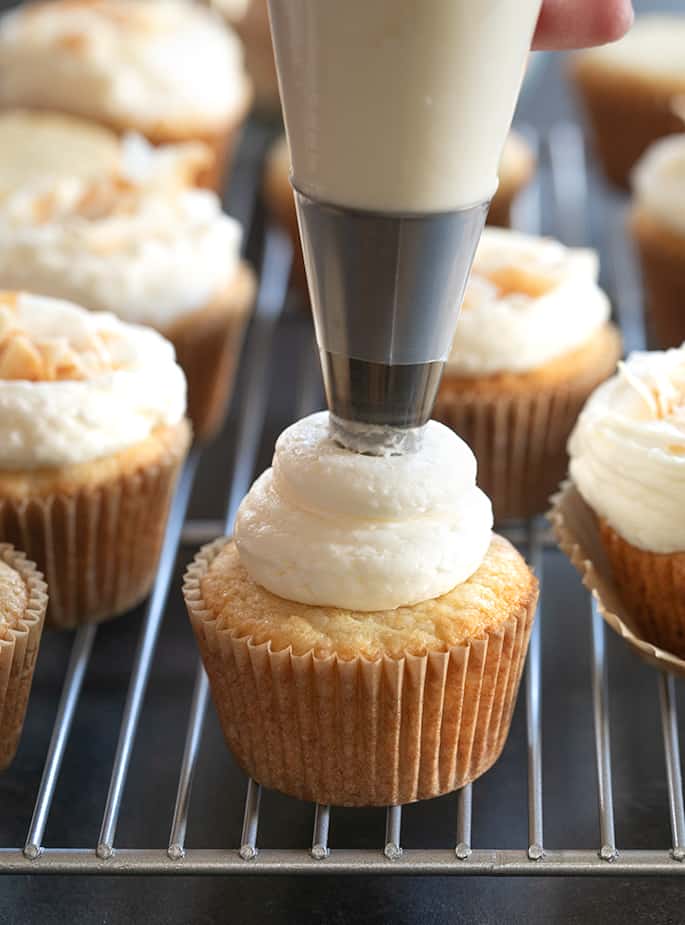 An easier way to frost

You can also just use a large offset spatula or large spoon and place a large dollop of frosting on top. A highly designed, precious style of frosting just doesn't seem to fit with these cupcakes. I think they'd also be lovely with a few edible chicks nestled on top of the frosting for Easter. 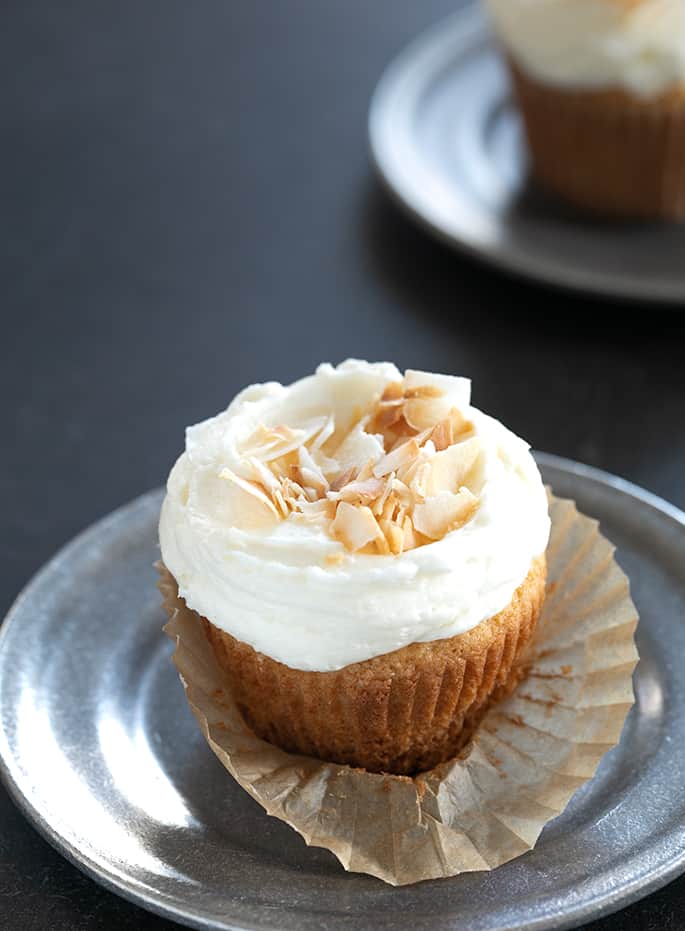 When I first made these cupcakes in 2012, the cupcake recipe itself was made with virgin coconut oil, not butter. I switched to butter because it's easier to beat until it's light and fluffy, which makes for a lighter cupcake.

In place of the buttermilk, I recommend trying half plain coconut yogurt (by volume) and half unsweetened coconut or almond milk (not the can, the carton). Whisk well and it will be a great substitute for buttermilk.

In place of the egg whites, I would try using aquafaba. That's just the liquid from a can of chickpeas (garbanzo beans). I haven't tried this substitute in this particular recipe, but I'm optimistic about it. 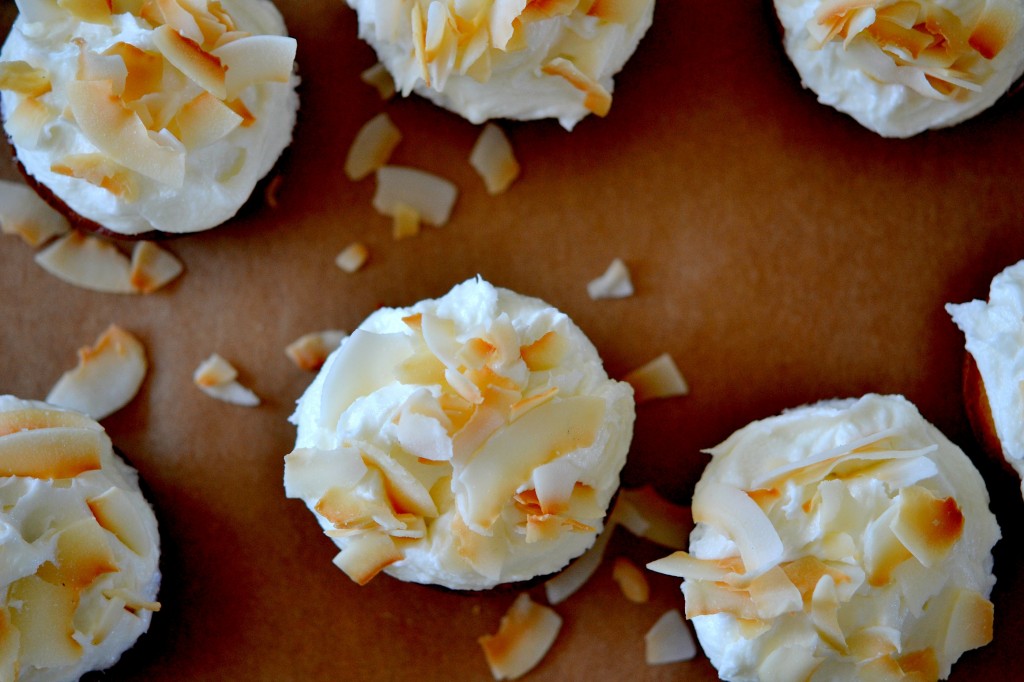 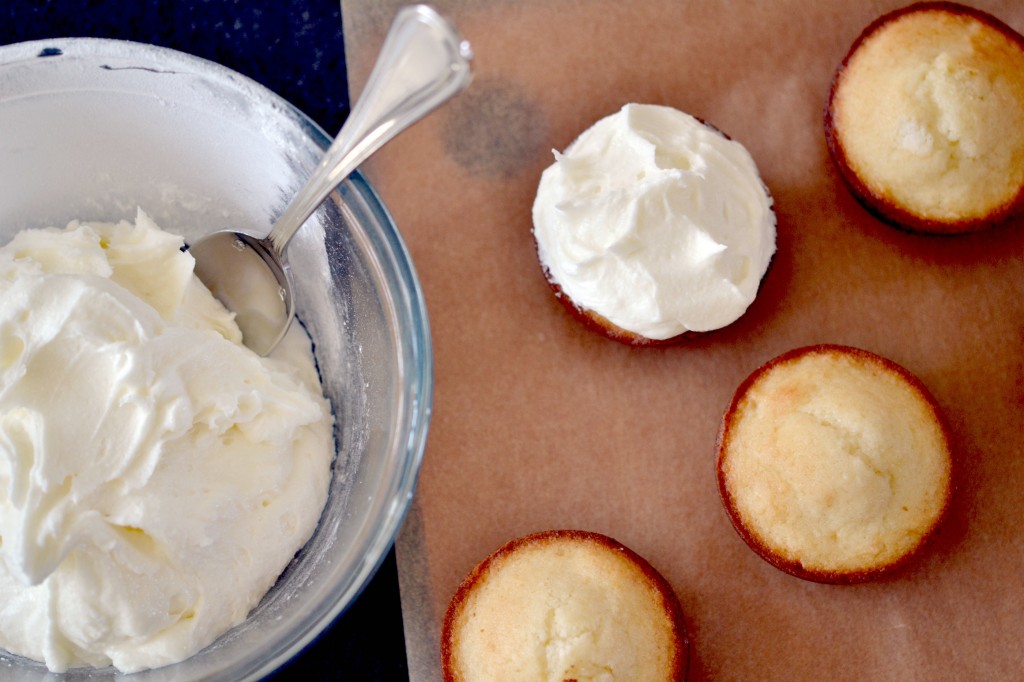 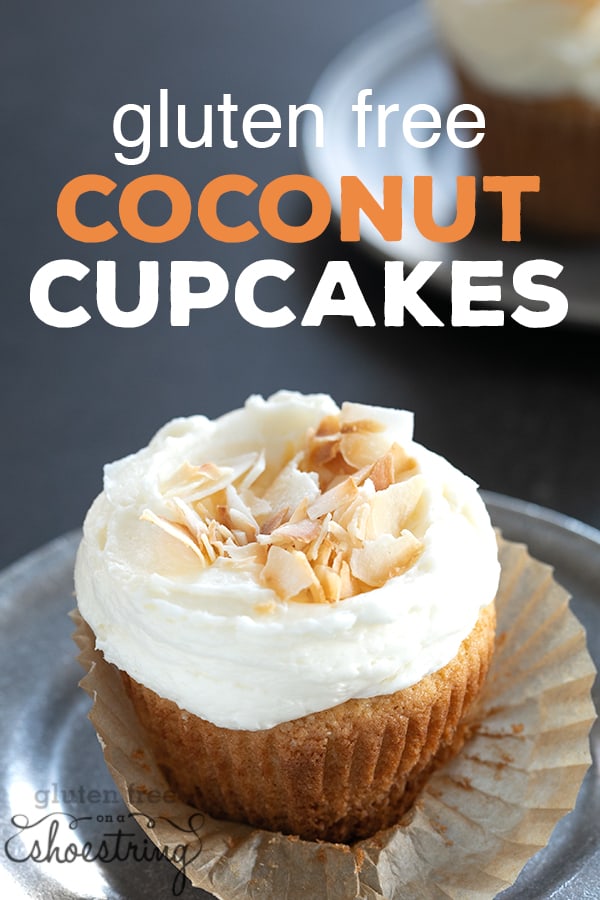