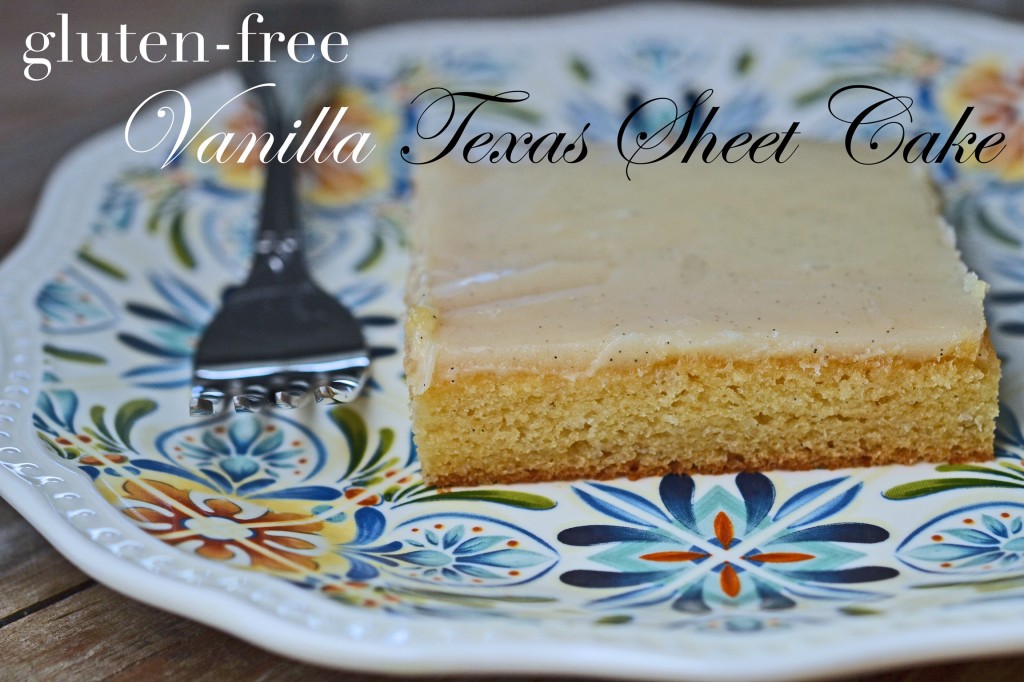 The Fourth of July is a lot of pressure.

Friday, one of my dogs, really doesn't care for fireworks, thankyouverymuch. He paces and whimpers, and just generally looks very concerned—about what, he's not entirely sure. Poor Friday. There's just no reasoning with him when he gets like that, try as I might. 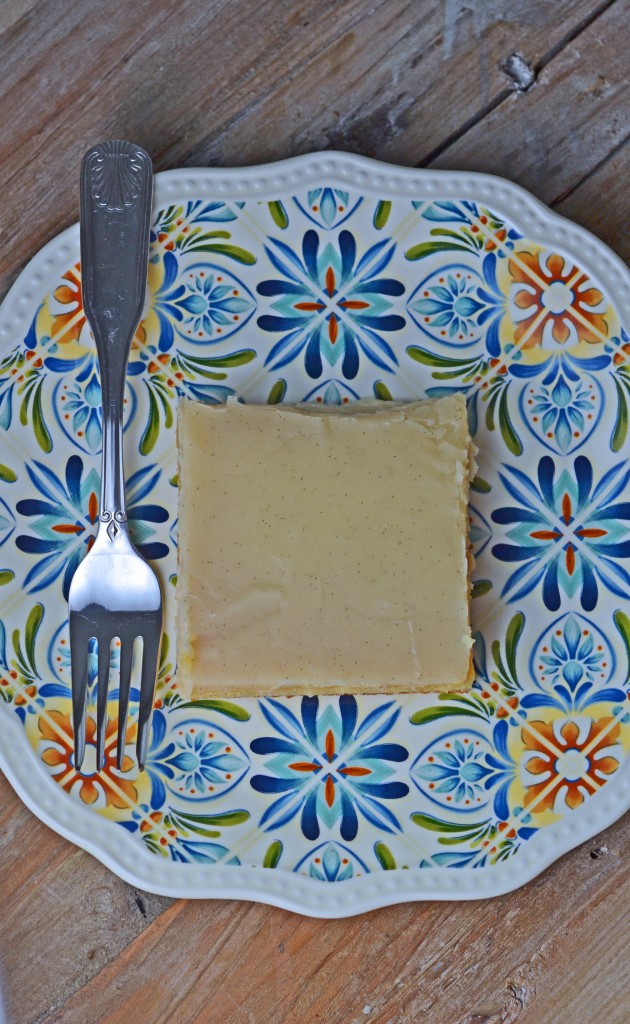 Then there's the no-bake gluten-free dessert pressure, since summer is in full swing and it can take some convincing to get you to turn on the oven. You have my solemn promise to post plenty more no-bake dessert recipes this summer.

But for now, I'm going with this vanilla version of chocolate gluten-free Texas Sheet Cake. And since it's white, if you serve it with some blueberries and strawberries, you've got your red-white-and-blue covered for the Fourth, if that's how you roll. 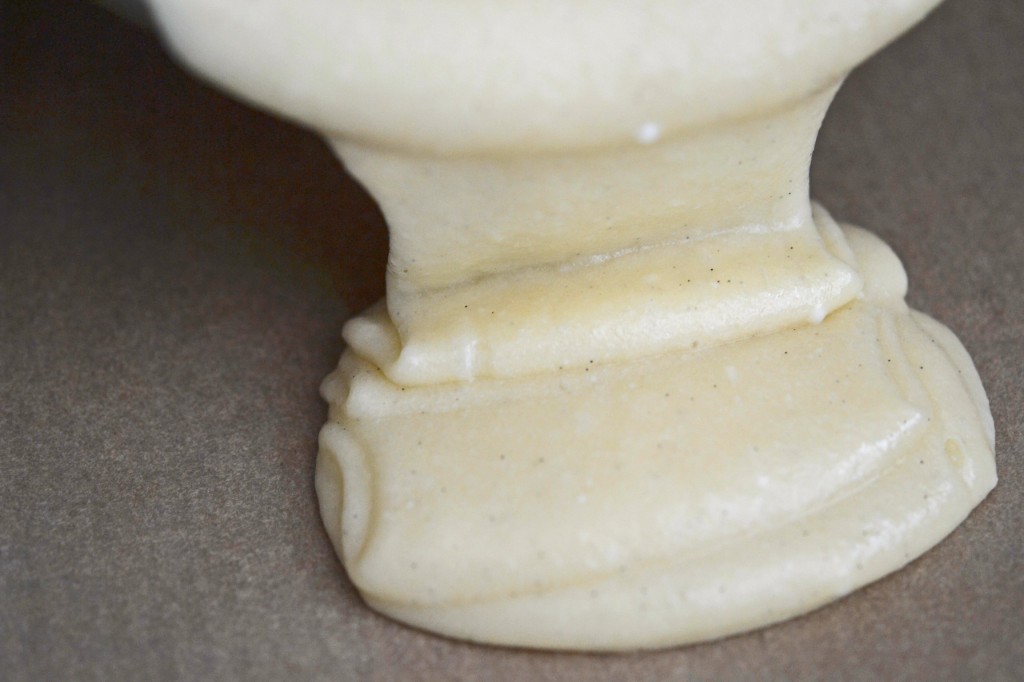 The tradition is largely the same as the original Texas sheet cake, but I hope you won't break up with me straight away when you learn that I actually prefer this vanilla version. 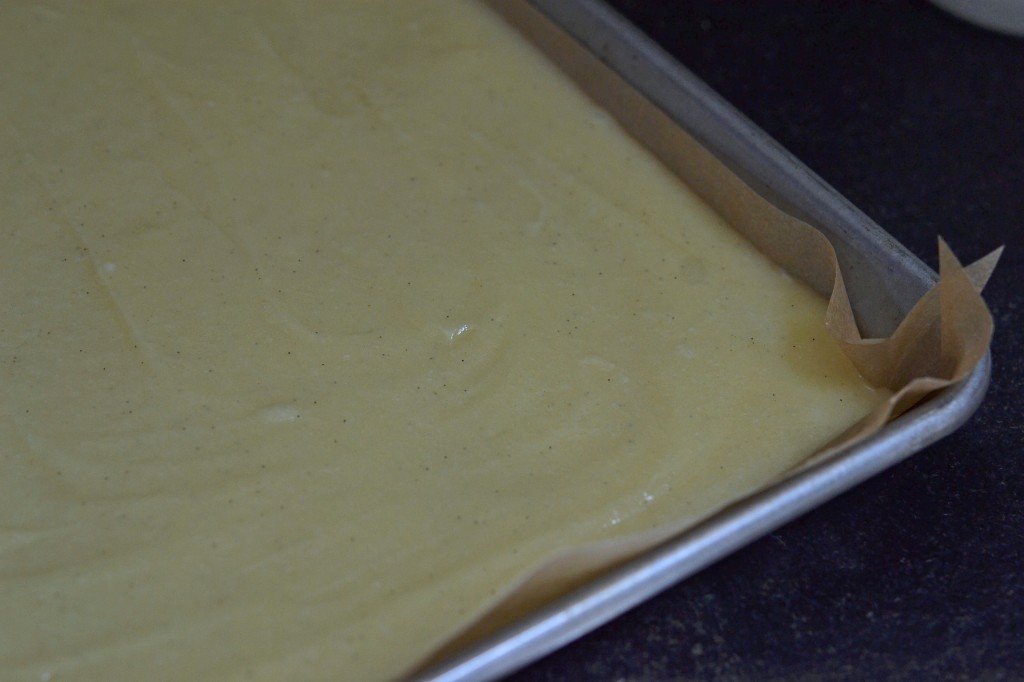 It's almost like the cake version of some nice vanilla pudding. Smooth and light with a deep vanilla flavor, even though you might have to fire up the oven (for just a few minutes) to bake it, it's right at home on a hot day with some chilled fruit salad. 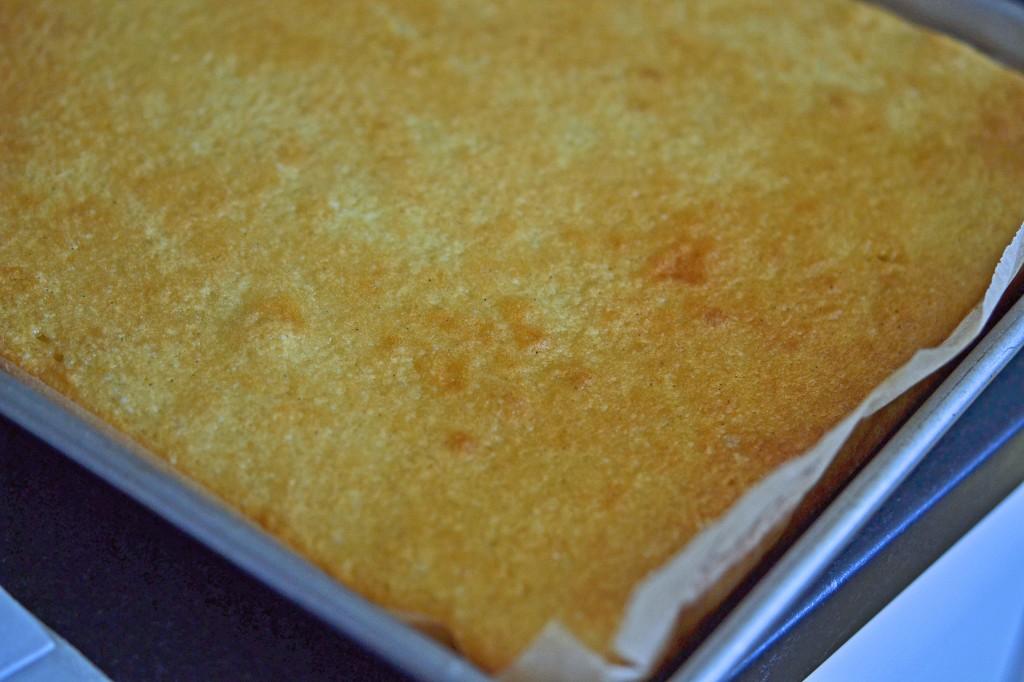 I'm even considering baking it into some mini cupcakes, and icing those, to bring along wherever I'm lucky enough to be invited. 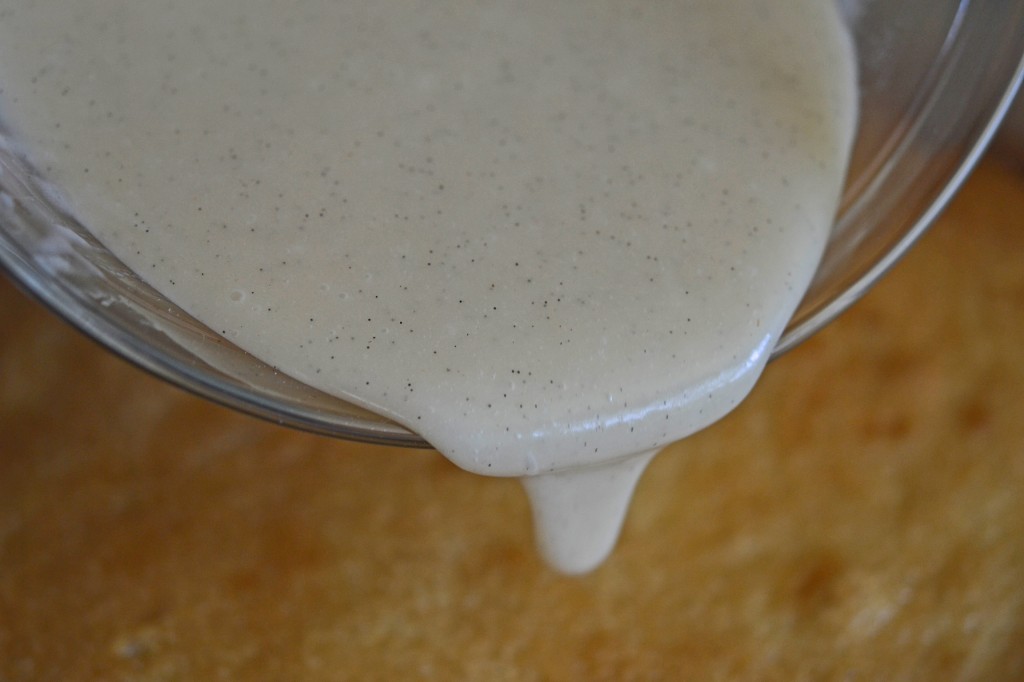 If you haven't tried it before, you're going to want to get acquainted with vanilla bean paste (link below in the printable recipe). It's not cheap, but neither is pure vanilla extract, and it's way cheaper than buying actual vanilla beans. And that's a fact, Jack. Plus, it really makes this cake special. 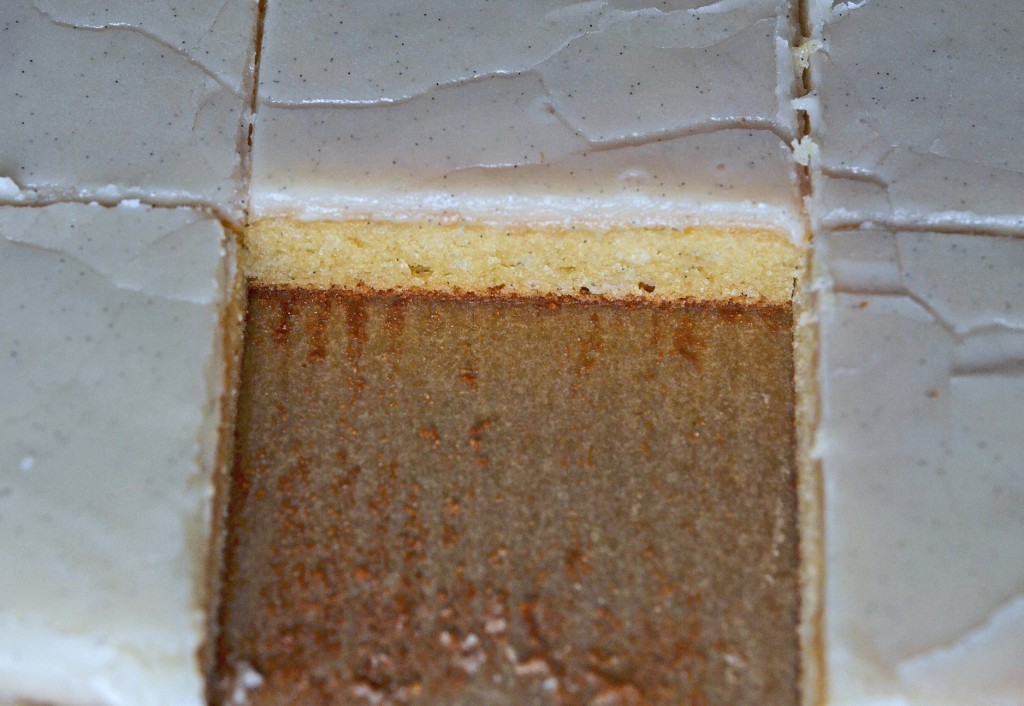