These whole grain gluten free bagels are crusty on the outside, chewy on the inside like a real New York bagel, with the chew of whole grains. 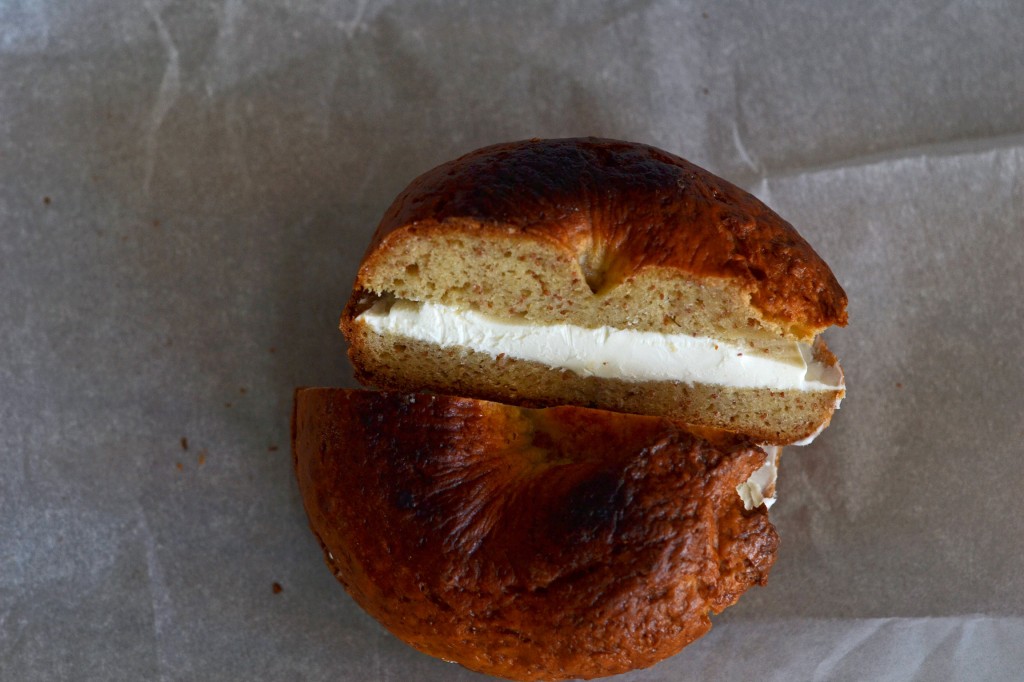 As a card-carrying New Yorker, I am greatly offended by bagel-shaped bread that has the nerve to masquerade as a bagel. This is a bagel. And a whole-grain-y one to boot. A bagel isn't a bagel if it isn't boiled first, and baked after. It might be gluten free bread, but it ain't no bagel.

I've been experimenting with a special ingredient, Expandex modified tapioca starch. It holds things together, gives a great texture, and even helps the bagels crisp in the oven, and forms a really important part of the gluten free bread flour blend that we use in other bread recipes. 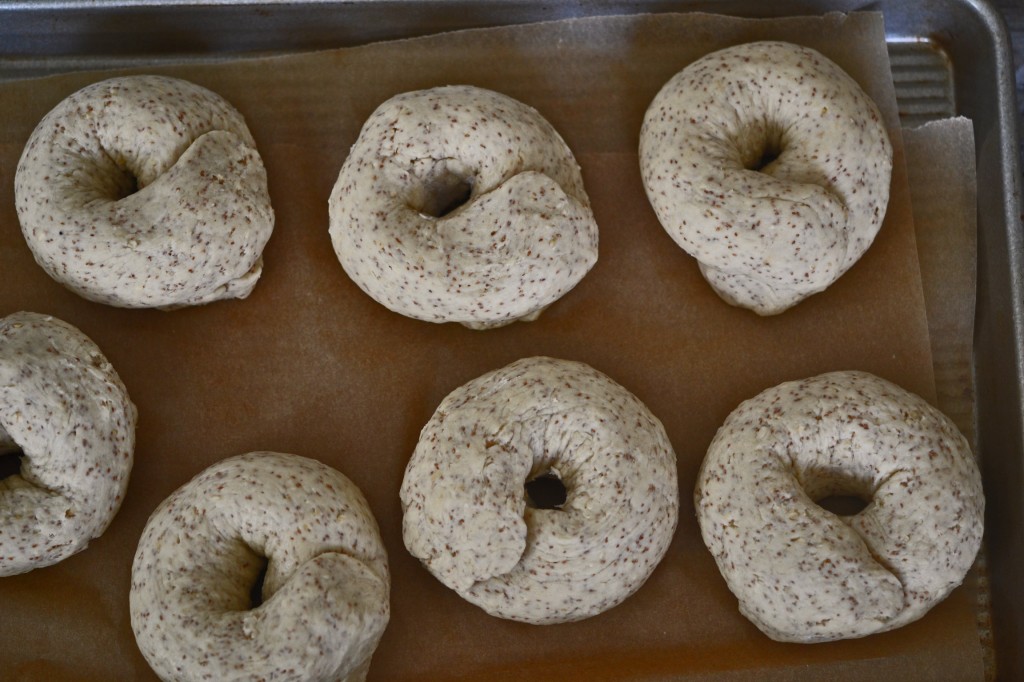 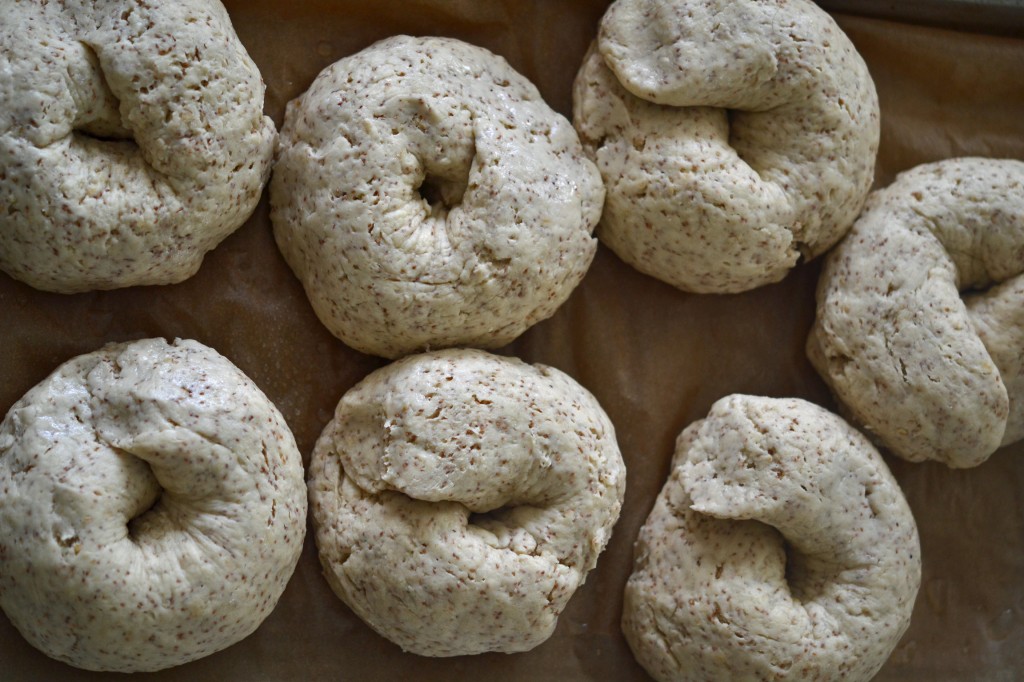 The bagels have risen. Carefully lower them into boiling sugar water, two-by-two. The bagels can be frozen in a single layer on a baking sheet after being boiled and before being brushed with the egg washed and baked. When ready to bake, simply defrost in the refrigerator overnight, and continue with the rest of the recipe as directed.

They can also be frozen after being baked. Do not store leftover bagels in the refrigerator, as they will become stale.
If you don't have (and don't want to get) Expandex, replace with an equal amount Better Batter by weight. The dough will be more difficult to handle, and the end result will have a looser crumb and won't be as crispy outside. 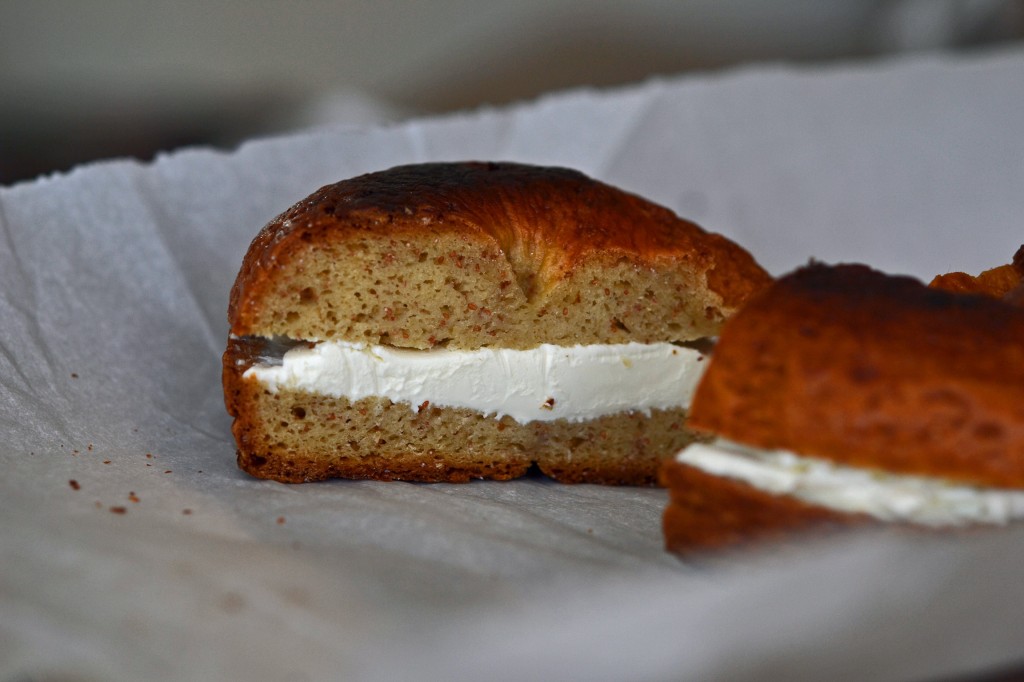