Gluten free animal crackers are the lightly sweet, simple vanilla cookies that you remember from childhood. Just like the little cardboard box! They taste a bit like butter cookies, but they also have an egg in the batter. That gives them some richness, and also creates some structure.

They're fragile mostly because animal shapes tend to have thin portions. A giraffe neck and an elephant trunk always seem to be the first to go. 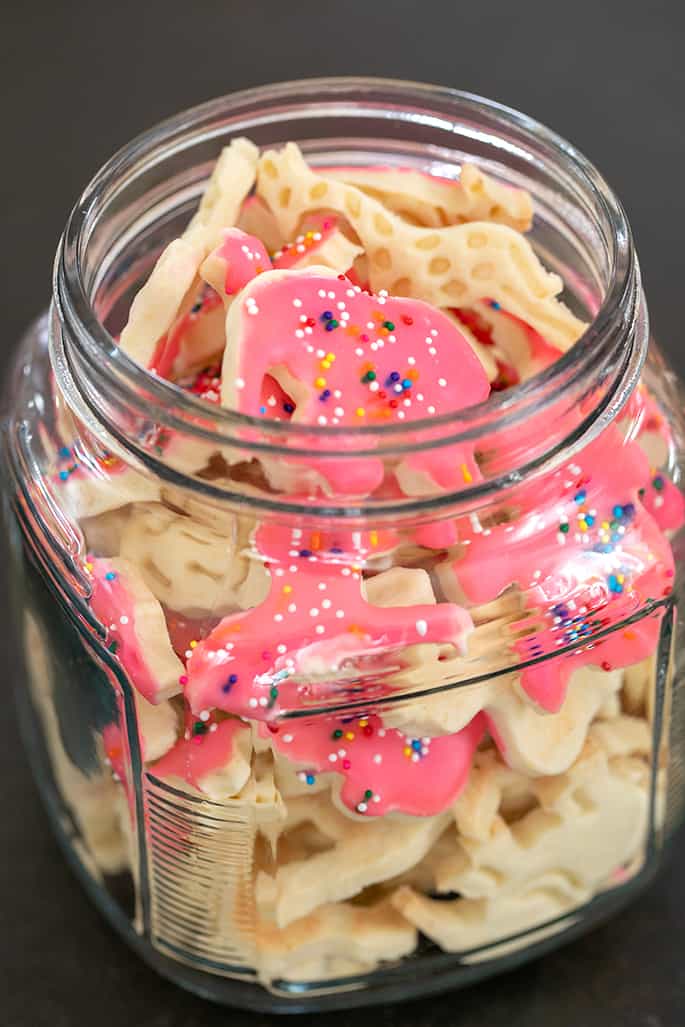 The history of animal crackers

My personal history of animal crackers goes back to other kids' having them at lunch in grammar school. If I had a cookie, it was probably in a Glad fold over plastic bag—and it was probably an Oreo.

I have plenty of legitimate gripes about my childhood, and I know that this doesn't rank. But would it have killed my parents to just buy me that little shoebox with the tiny string for my lunch the once?

A little internet sleuthing reveals that Nabisco has been making the P.T. Barnum-inspired shaped cookies since 1902. Nabisco named them animal crackers, but a similar version had been around in Britain before that.

Apparently, the Brits just called them “animals.” That doesn't help explain why they're animals in the first place, but I stopped being super curious by the turn of the 20th Century.

Besides Nabisco Barnum's Animal Crackers, there also that type that comes in that huge plastic bear.

This gluten free version is more like the Barnum's kind, since the huge bear kind have no taste whatsoever. And their texture isn't much better. Let's stick with Nabisco.

The frosting seems to have originated with the Stauffers brand of animal crackers. I wonder if the ones in the big bear are made by that brand. If so, the frosted ones no doubt taste like frosted nothing. 🤷🏻‍♀️ 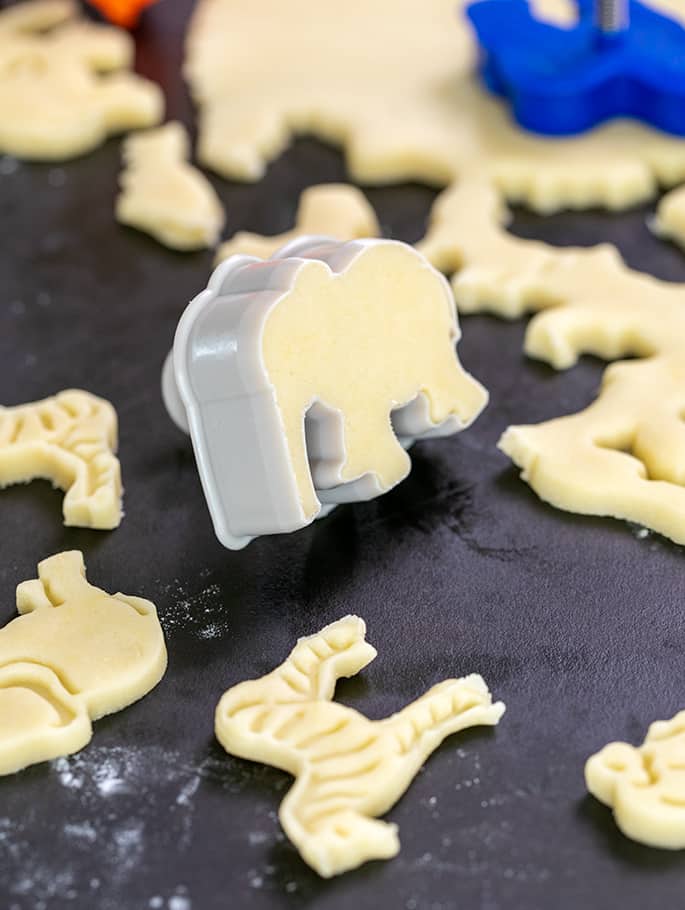 The very cool cookie cutters you see me using above and in the video are made by a company called Mrs. Anderson. I bought them online years ago, when I was writing my third cookbook, Gluten Free Classic Snacks.

They're spring-loaded cutters, with the ability to imprint details onto the dough. You use them the regular way, by pressing the edges into the dough.

I bought the cookie cutters online at a Philadelphia home goods store called Fantes. You can find them at Fantes.com.

These cookie cutters are sometimes available at big box stores online, but not always. I'm not including links since these sorts of links tend to lead nowhere before long. Just Google the name!

You can also just use any small cookie cutters in any shape. Ateco makes a set for Spring, with duck and flower shapes. They're fun, too. The only dairy in this recipe is the butter. You should be able to replace it with vegan butter.

My favorite brands of vegan butter are Miyoko's Kitchen and Melt brands. They're available at many larger grocery stores, and often Miyoko's is even sold at Trader Joe's.

I caution you against using Earth Balance buttery sticks, since they have a ton of moisture. The cookies probably would not hold their shape during baking.

There's only one egg in this recipe. You might be able to replace it with a “chia egg” (1 tablespoon ground white chia seeds + 1 tablespoon lukewarm water, mixed and allowed to gel).

If you'd like to make frosting for your animal crackers, but you can't have light corn syrup (which is not the same as high-fructose corn syrup), try making the royal icing instead (linked in the ingredients list).

I always have rainbow nonpareils in my house. They're so fun, and make anything sweet seem a bit more festive.

Cake Mate brand and Signature brand nonpareils are both made by Betty Crocker. When I've called the company, they've always been able to assure me that they're reliably gluten free.

If you’re concerned about whether any ingredient you're using is gluten free, please be proactive. Contact the directly using the contact information on the package or on their website. 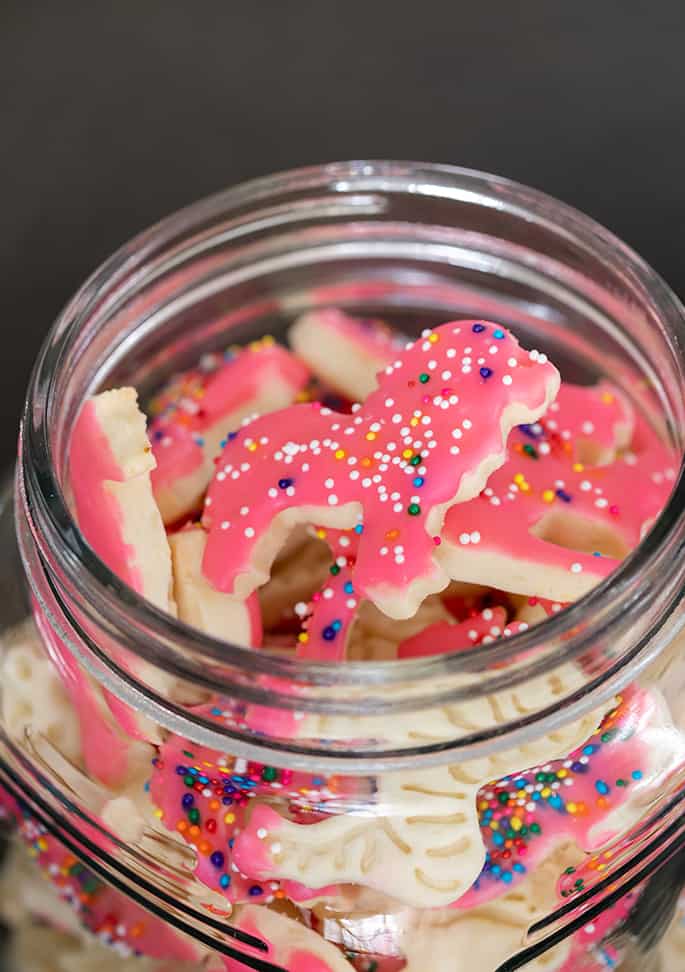 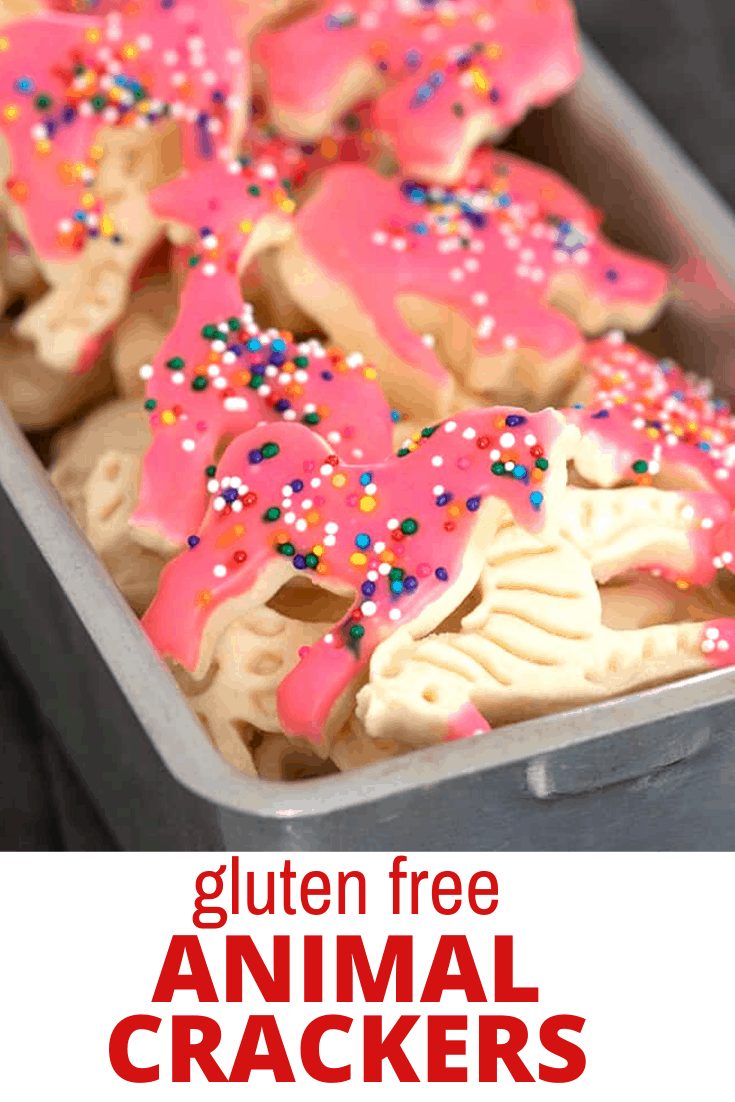 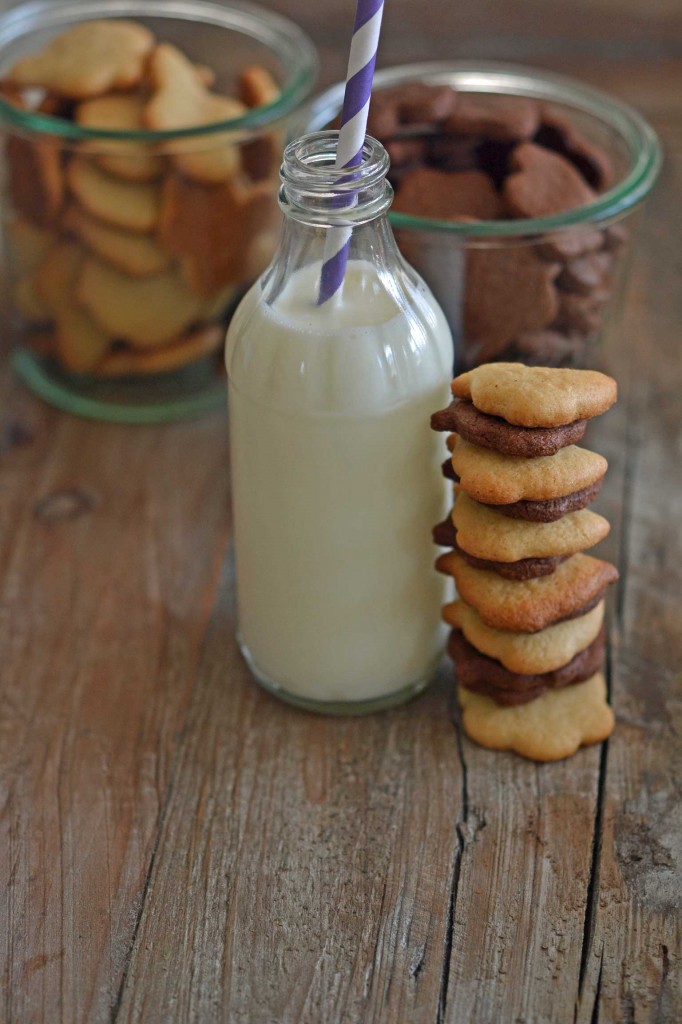 Ever wonder what it would be like to be born on February 29? Yeah, me either. Except I totally have. Here's what I've come up with so far: It would either be totally fabulous, or intensely sad. That's as far as I've gotten.

I'm at loose ends over here. You might want to take me with a grain of salt. 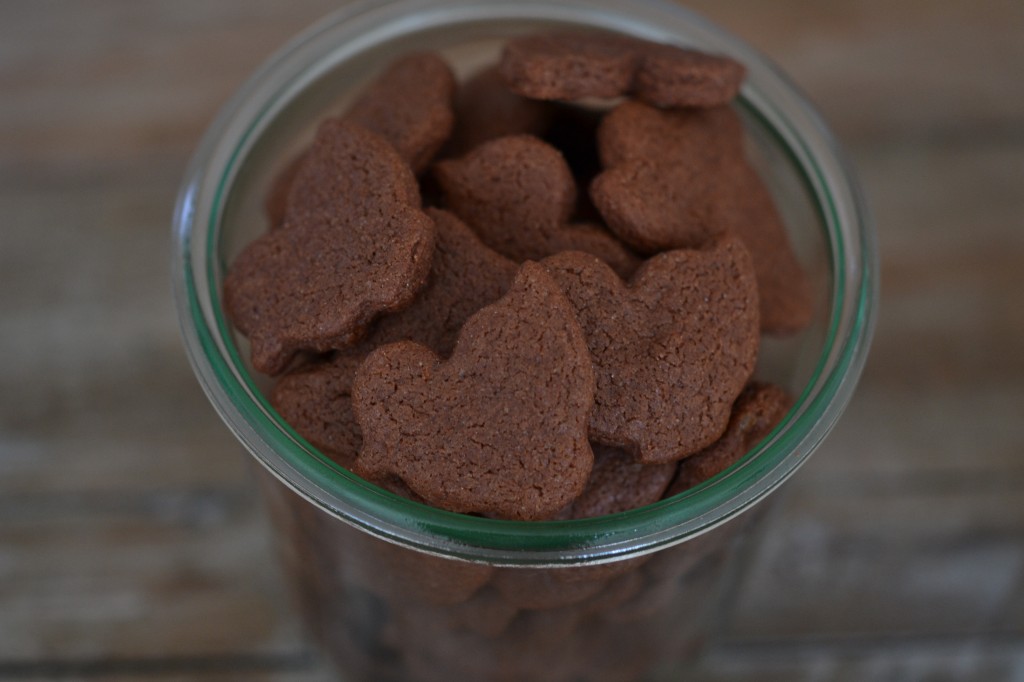 I delivered the manuscript for my second cookbook two weeks ago today. I was so used to cramming in daily blog recipes, all the while writing a book. A big project has the power to focus, you know?

Big project done for now, and I'm still thinking too big these days. But nothing's panning out. And I'm restless! Perhaps I should chill out. That's good advice right there.

So I've been trying to cope. By making a lot of cookies. Chocolate Animal Crackers, then, this time around. The yin to the  Vanilla Animal Crackers yang. 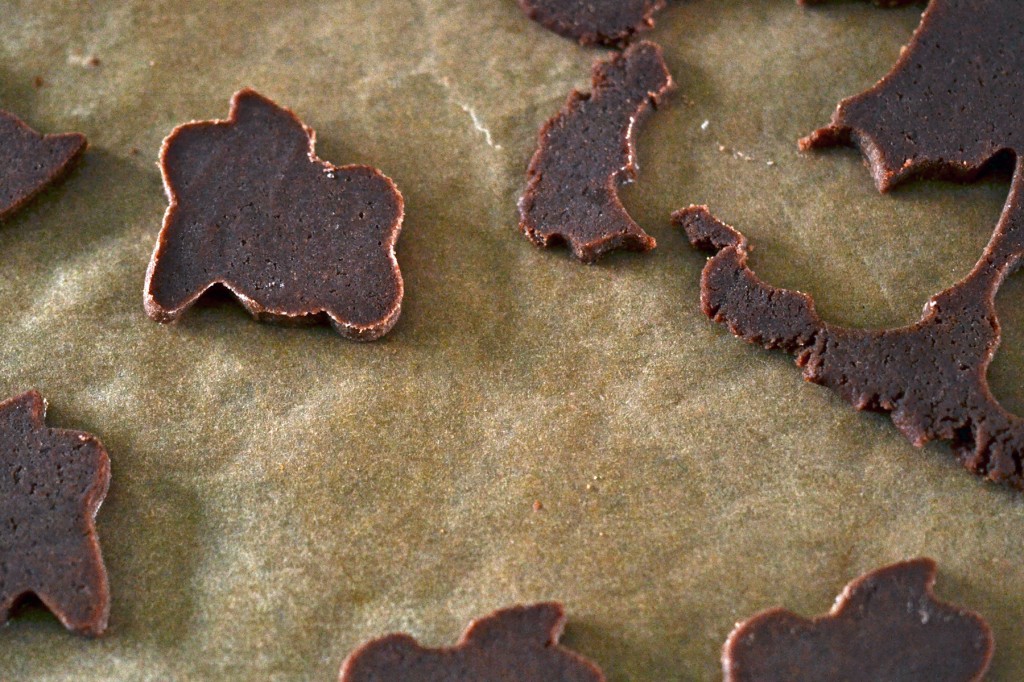 You roll them out, chill 'em, and then cut 'em out. 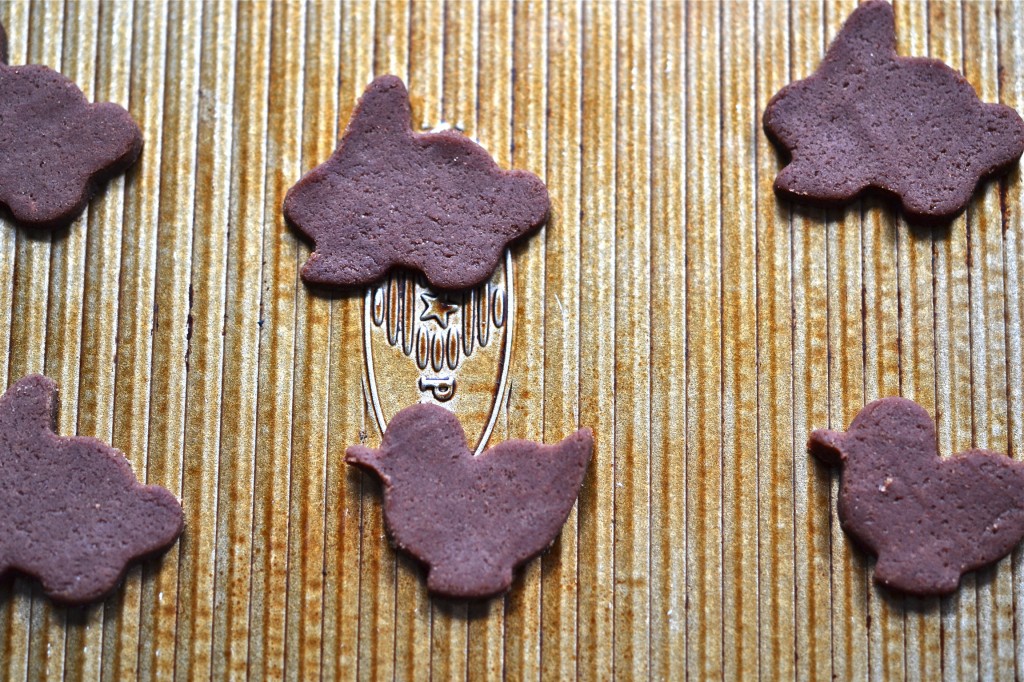 They're snappy! And seriously cocoa-y. Deep. These little guys are deep. I think they might be able to solve all of my problems. I think I might consider doing some other stuff with this dough. I'm kinda sweet on it.

I have a thing for ducks. They look all chilled out on the surface. Like they don't even care. Swim, float, it's all the same to them.

Except it isn't. They're paddling like lunatics just beneath the water's surface. I think that's what we expect of our heroes. Tireless effort that looks effortless. But every president gets tons of grey hair in office. Effortless effort. It can't be done. 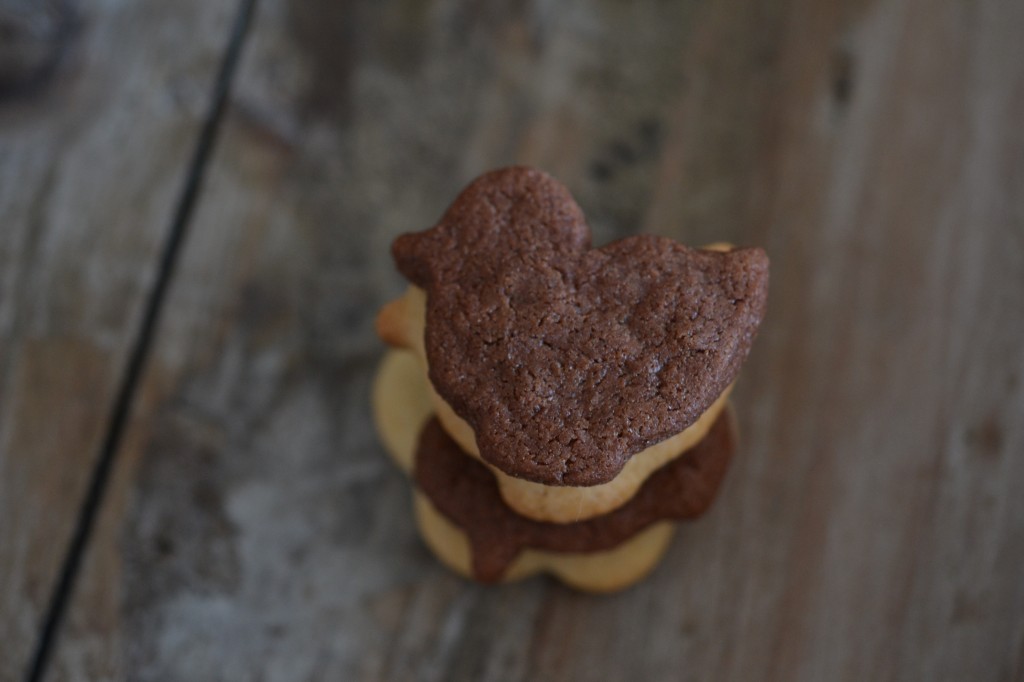 But these cookies? They can be done. We can bake them, and we can eat them. I know. I've done both. ;)