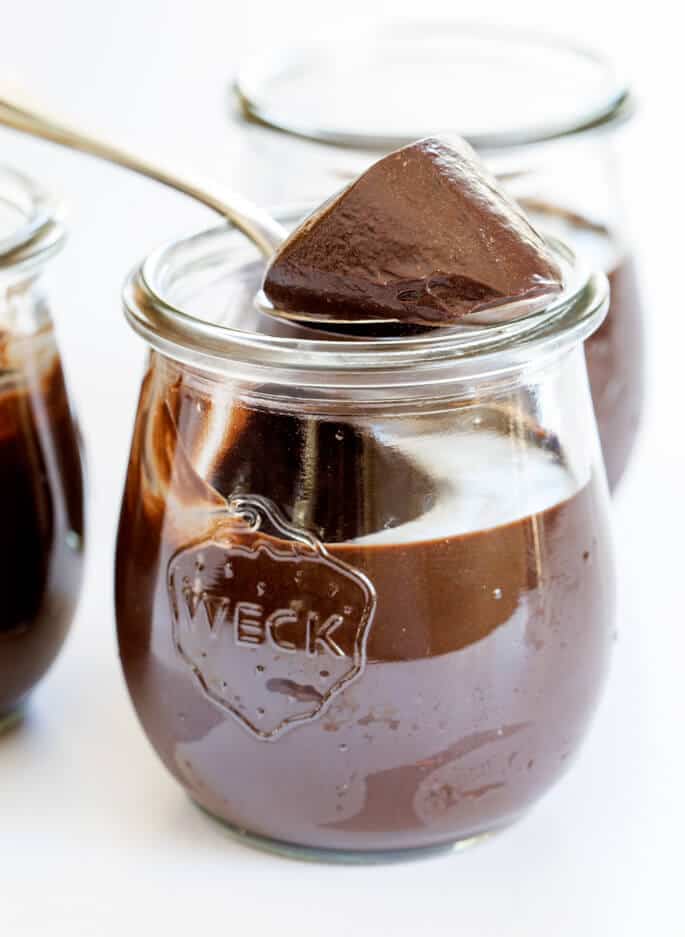 *Coconut cream is the solid in a can of full-fat canned coconut. In this recipe, we will use only the cream. Thai Kitchen brand coconut milk and Whole Foods 365 brand coconut milk both work well consistently for this application. So Delicious brand “Culinary Coconut Milk” also works great for the coconut cream portion. It comes in an 11 fluid ounce container and can be used as you would a 14-ounce can. Trader Joe’s also sells coconut cream alone, which contains significantly less liquid and doesn’t need to be refrigerated for it to separate.