Dense and fudgy, gluten free skillet brownies are made in a cast iron skillet and baked just until set. For very good friends, serve the whole skillet with ice cream and lots of spoons. 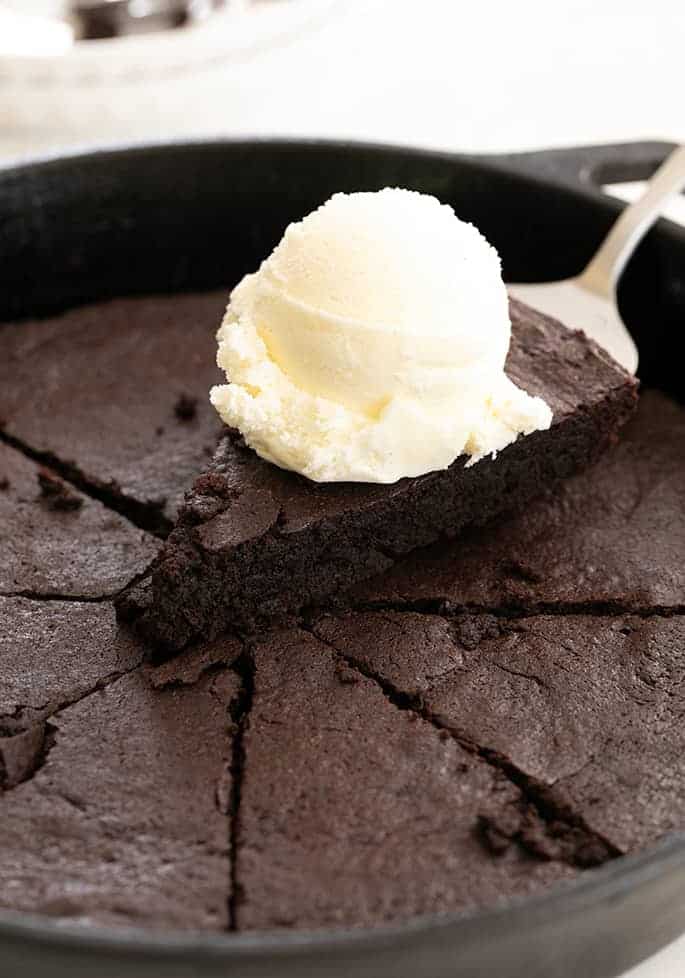 Most of the time, I slice them into wedges and serve them right out of the skillet after they've cooled and set a bit. But these are the type of brownies that you can serve right out of the oven. In bowls. With ice cream, and chocolate sauce. 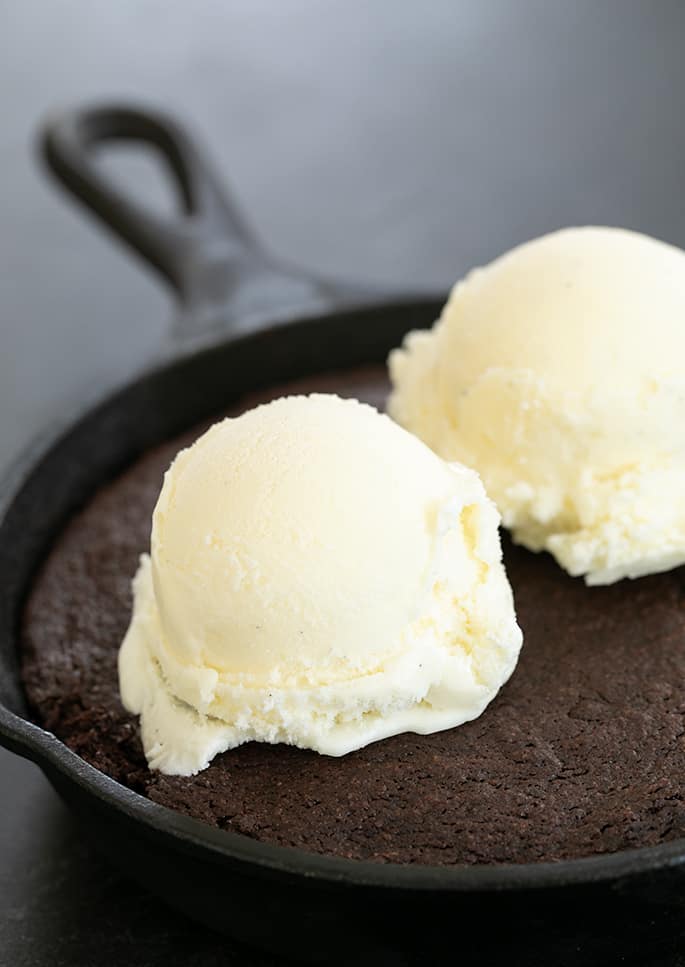 I love my well-priced Lodge brand standard 10-inch cast iron skillet and use it for so many things. I shallow fry breaded gluten free chicken cutlets in it, bake gluten free cornbread, and cook gluten free naan.

For fun things like these gluten free skillet brownies or a gluten free pizookie, I also have two smaller 6-inch cast iron skillets. They're not especially useful, but they are adorable.

When you're baking something in a cast iron skillet, there are a few things to keep in mind. First, cast iron holds heat really well. That means that baked goods will hold onto the heat they absorb for much longer than traditional metal baking pans.

The recipe instructions here assume that you're baking in a cast iron skillet. The brownies will bake relatively quickly that way, and will be cooked through long before anything burns.

You can, of course, bake these brownies in a traditional 10-inch (or even smaller) round baking pan. You'll just need to bake it for around 5 minutes longer. 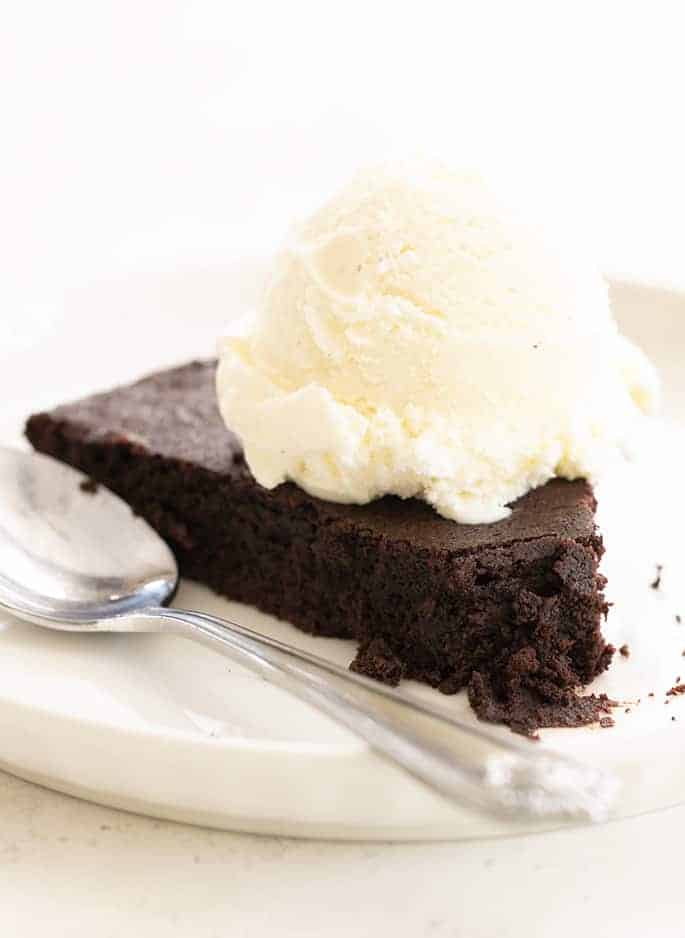 Okay here's the part where I try to anticipate your questions. I haven't tried any of these though, so you'll have to experiment.

Eliminating them would be hard, since there are 3 eggs and they're the only leavener in the recipe. My go-to egg replacement is always a ‘chia' egg since it's the most neutral and effective. It's just 1 tablespoon (6 grams) ground white chia seeds + 1 tablespoon water per egg. 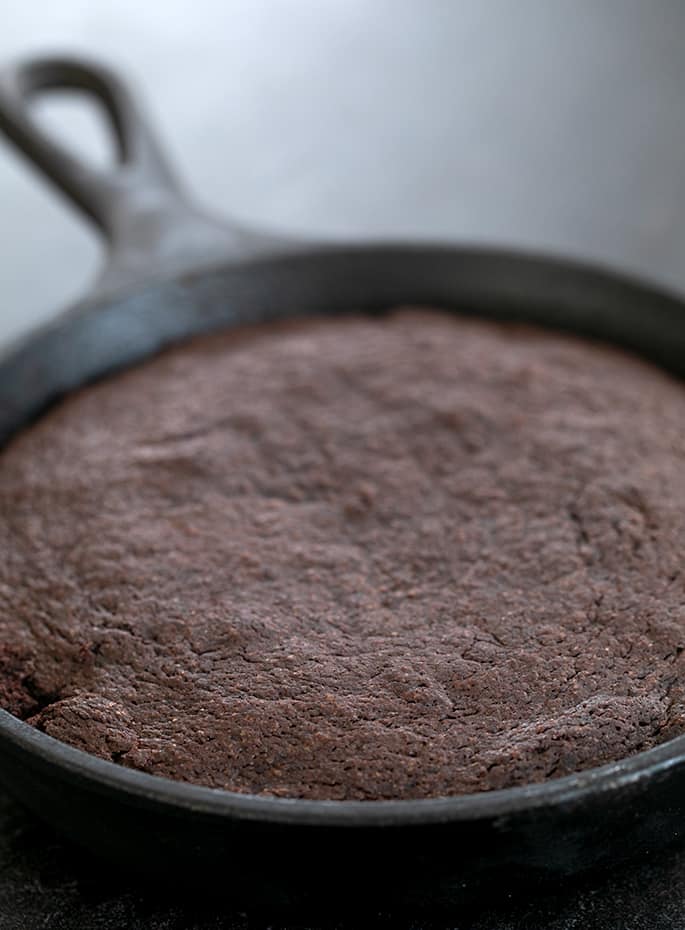 To make these dairy-free try using Melt or Miyoko's Kitchen brand vegan butter, or even nonhydrogenated vegetable shortening in place of butter. And be sure that your chocolate is dairy-free.

Dutch-processed cocoa powder is richer and less acidic, so it's really best in this simple recipe. If you only have natural cocoa powder, like Hershey's, just add 1/8 teaspoon baking soda to the recipe to balance the acidity.

I've made this recipe with melted virgin coconut oil in place of a neutral, liquid oil like vegetable, canola, or grapeseed. It certainly works, but the batter is a bit thicker and the brownies a bit more dense. I'm not suggesting that's a bad thing; just a slightly different thing. 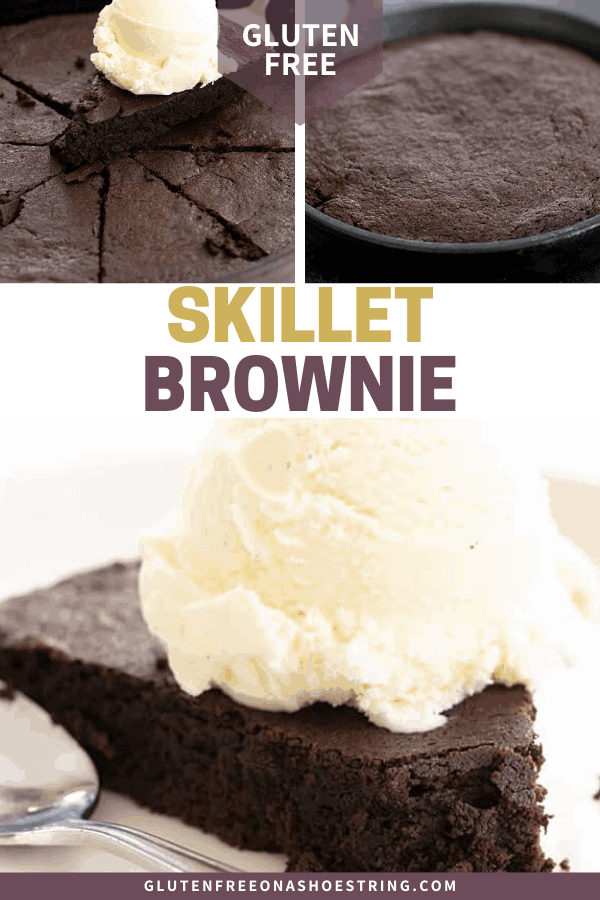 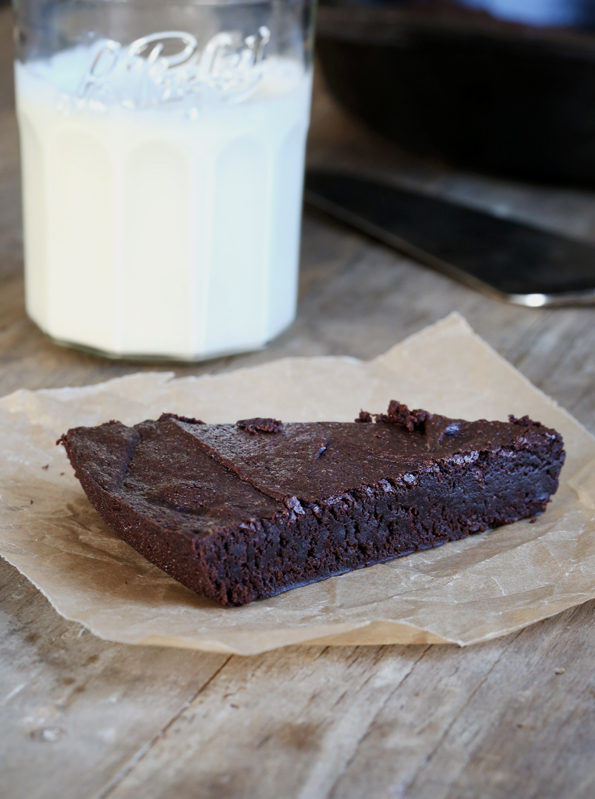 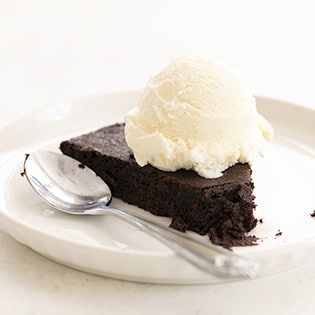 1/2 cup (70 g) all purpose gluten free flour (I used both Better Than Cup4Cup and Better Batter, and both worked well)