This gluten free pumpkin slab pie is made with an extra flaky pie crust and a rich and creamy, lightly spiced pumpkin filling. 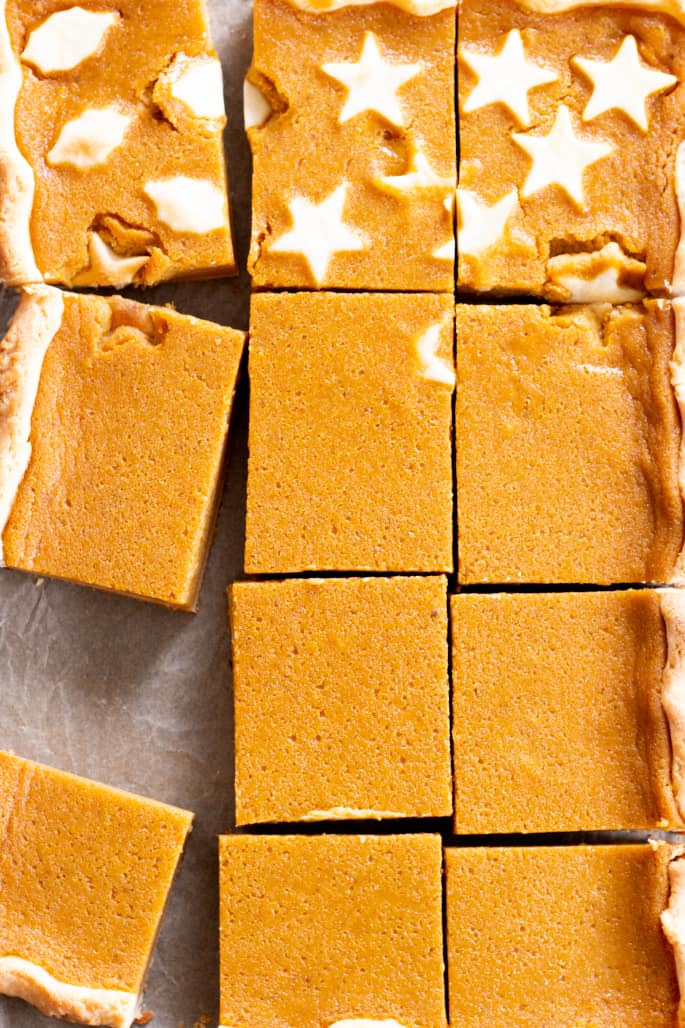 Making a slab pie means you can feed a crowd, or just make sure you have leftovers. Cleanly sliced pieces of this beautiful slab pie can be chilled, wrapped tightly, and saved for a few days in the refrigerator (or the freezer for longer storage).

How to make the pie crust

The pie crust dough that we’ve used in this recipe for gluten free pumpkin slab pie is our extra flaky gluten free pie crust, which is made with a not-so-secret ingredient (sour cream) to make it extra flaky. It’s also a tiny bit tangy, which gives it the most lovely depth of flavor to complement any filling, from savory quiche to sweet apple pie.

If you click over to the original recipe for our extra flaky gluten free pie crust (linked just above), you’ll be able to see a visual of how to make the crust. The only difference here is that we’re using cold, grated butter rather than chopped butter. In a crust this large, using grated butter helped us work quickly to create the crust without sacrificing texture at all. 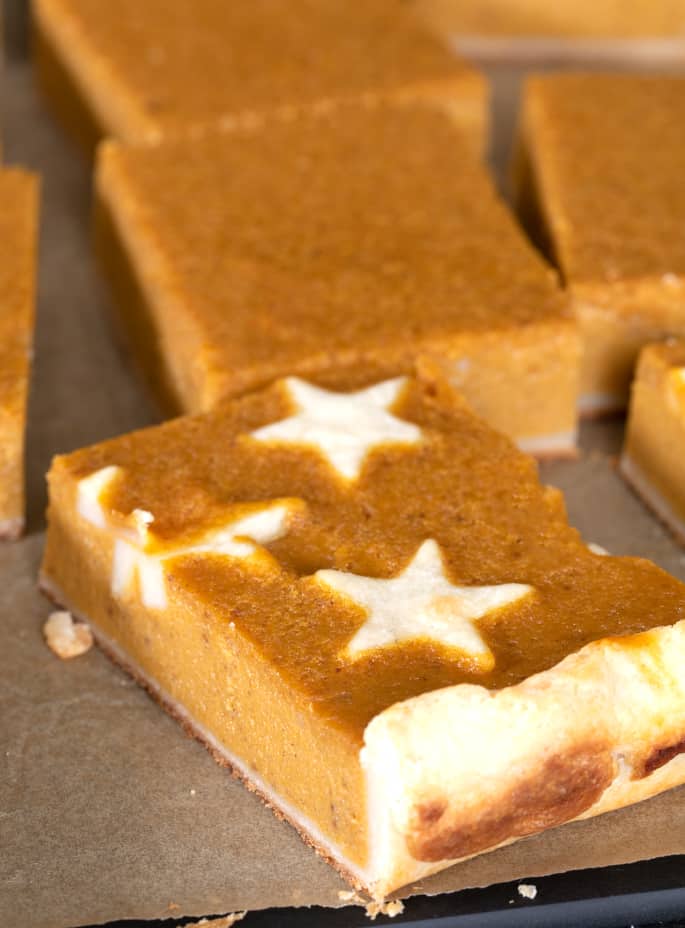 Since this is a larger pie crust than our classic pumpkin pie, it must bake for longer. I’ve found that it’s better not to parbake the crust before adding the filling.

Parbaking a bottom pie crust is done to ensure that the pie filling doesn’t make the crust soggy during baking. In this recipe, I’ve found that the crust is never soggy when it isn’t parbaked and parbaking the crust actually makes the crust much more likely to overbake in the center and potentially burn before the filling is set.

Brushing the bottom crust (bottom and sides) with egg white helps to seal the crust. That way, it doesn’t get soggy and the edges hold their shape. Of course, keeping the crust cold at all times (especially right before it goes into the oven) is key.

I tend to prefer pumpkin pie to be served without any top crust, allowing the beautiful filling to shine. However, it can be nice to decorate individual pieces or some of the filling with a few small shapes cut from pie crust.

Since the filling mixture is quite thin (the thickness of half and half, approximately), any additional pieces of pie crust placed on top of the raw filling may sink right into the filling during baking. Instead, I recommend either baking the shapes separately, on a baking sheet or placing them on top of the filling after it’s baked halfway.

The pie is baked for 20 minutes at a higher temperature (375°F). Then, the oven temperature is lowered to 350°F as it finishes baking for about another 20 minutes. It’s during this temperature change interval that unbaked pieces of pie crust shapes may be added to the top of the half-baked filling. 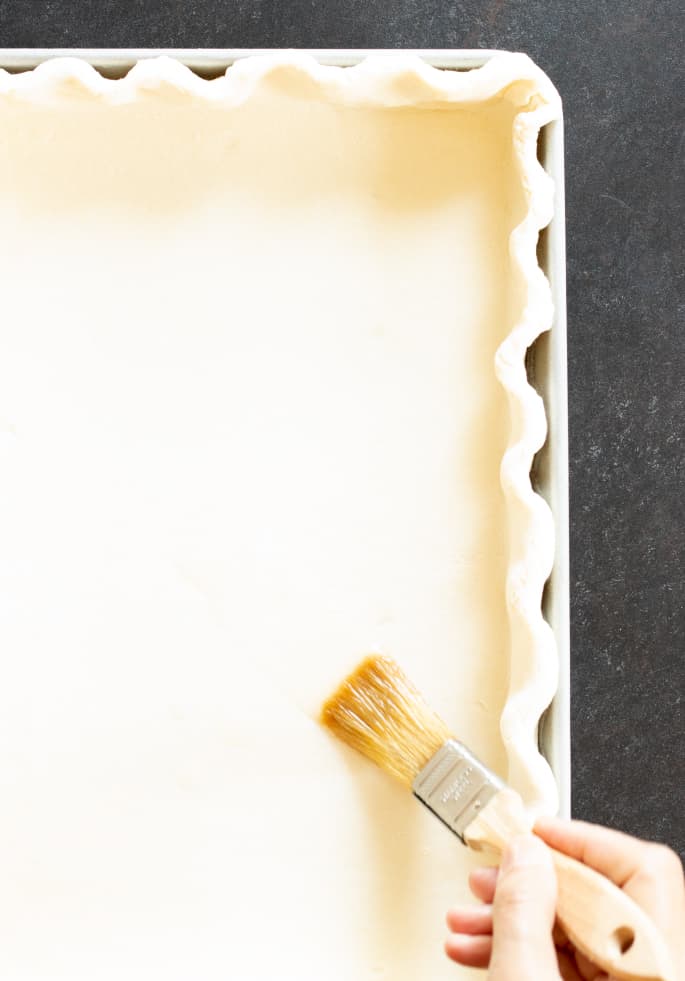 Tell me more about that pumpkin ? pie filling

This pumpkin pie filling is made of canned (single ingredient) pumpkin puree, plenty of eggs, sugars, butter, evaporated milk, plus cream, warm fall spices, and a bit of gluten free flour for stability. It’s really a custard, similar to our lemon bars, but with milk, cream, and spices to make it richer and warmer.

The most common pumpkin pie filling is made with just evaporated milk, and no cream. You can actually use them interchangeably, but I’ve found that the pie filling bakes to perfection along with the crust when you use a combination of the two.

During the fall season, it is usually quite easy to find a ready-made pumpkin pie spice in the baking aisle of your favorite grocery store. But if you’d like to (or must) make your own pumpkin pie spice blend, scroll down to the Ingredients and substitutions section for how. 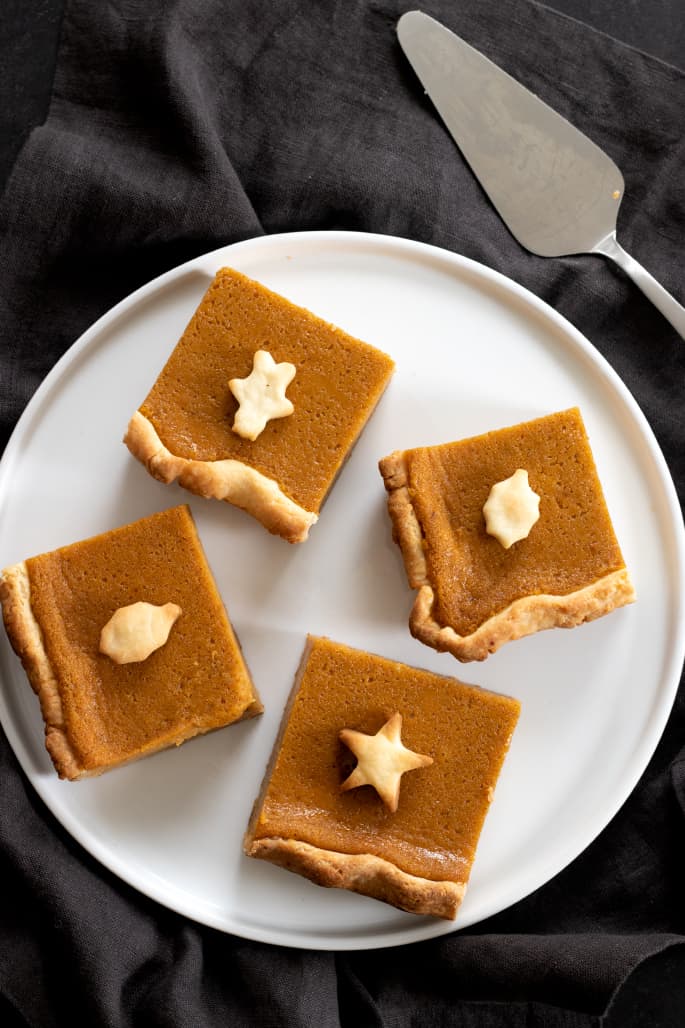 Dairy-free: To replace the sour cream in the pie crust, you can try straining plain nondairy yogurt until it’s the consistency of Greek-style yogurt. Alternatively, try using my classic gluten free pie crust recipe, multiplying the ingredients by 2, and just replacing the butter with Spectrum nonhydrogenated vegetable shortening (butter-flavored is best here).

That’s the crust we used in our recipe for classic gluten free apple pie, and it works great. The extra flaky-style crust we use here is just next-level, but not essential.

The filling calls for dairy in the forms of butter, evaporated milk, and heavy whipping cream. You should be able to replace the butter with Earth Balance buttery sticks (but reduce the salt in the filling as Earth Balance is very salty).

For the evaporated milk, Carnation makes almond milk for cooking that might work. The heavy whipping cream should be able to be replaced successfully with coconut cream.

Egg-free: I’m afraid this recipe is just too egg-dependent for an egg replacement to be practical. That really would require a different recipe entirely. 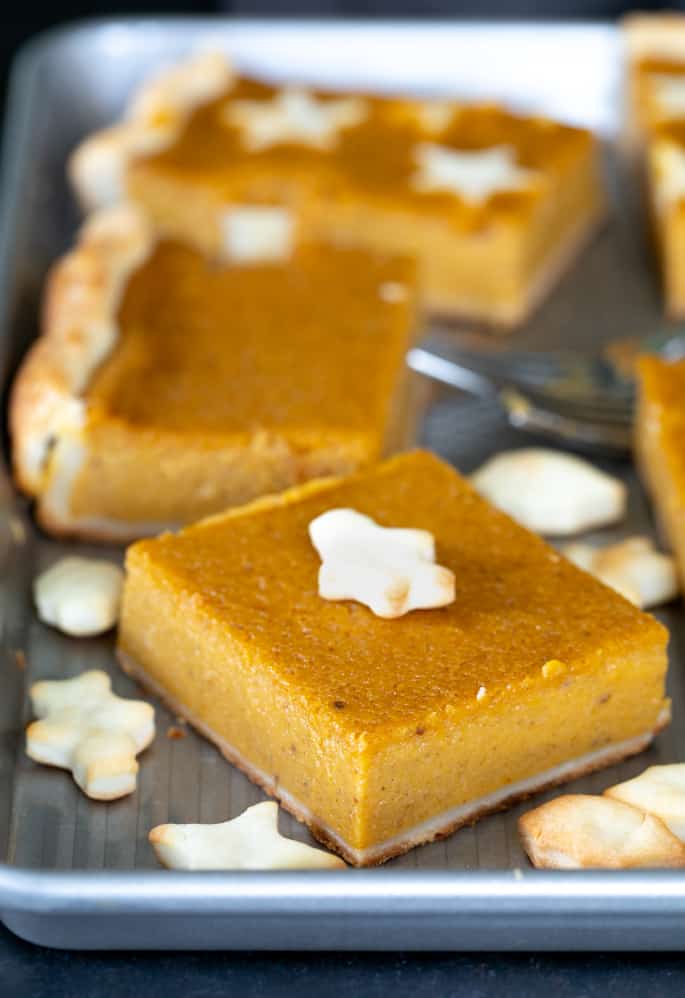 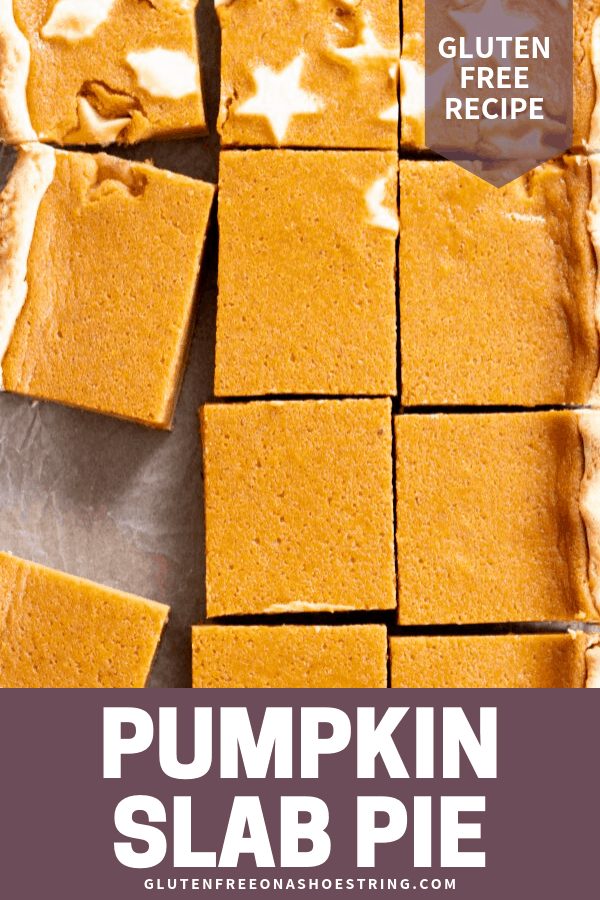 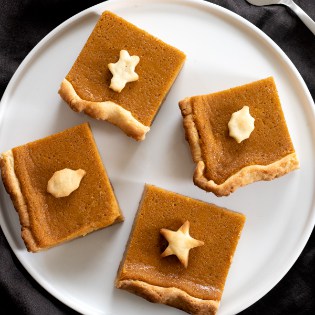 For the pie crust
3 cups (420 g) all purpose gluten free flour (I highly recommend my Better Than Cup4Cup blend), plus more for sprinkling

Ice water by the teaspoonful, as necessary

1/4 cup (36 g) all purpose gluten free flour (any of my preferred blends will do, with or without xanthan gum) 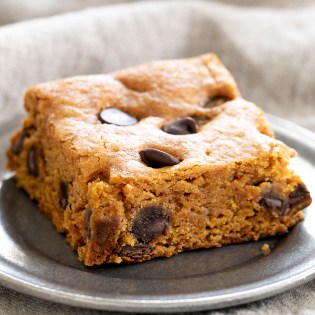 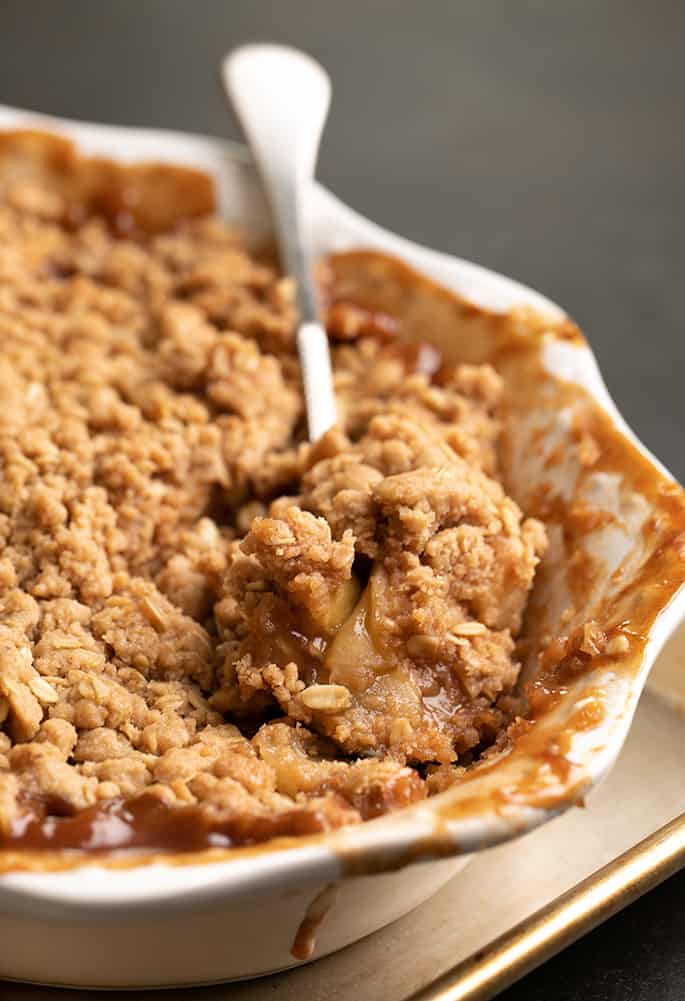